In June 2014 an amazing meeting took place during the conducting School of Dialogue program in Nasielsk. Students participating in the project connected via Skype with Maurice Chandler, Holocaust Survivor, and Glenn Kurtz, author of the book “Three Minutes in Poland: Discovering a Lost World in a 1938 Family Film”. In October 2014, Glenn Kurtz visited high school in Nasielsk with the group of Survivors and descendants of Nasielsk Jews. These events had huge impact on local community’s attitude towards the Nasielsk’s Jewish heritage, as Glenn Kurtz shared with us:

“In 2014, the Forum for Dialogue held a “School of Dialogue” with students at the high school in Nasielsk, Poland. At that time, I had been conducting research about the town for two years. My grandfather, David Kurtz, was born in Nasielsk in 1888. After emigrating to the United States as a small child with his family in the 1890s, my grandfather returned to visit his birthplace in the summer of 1938.

On this trip, my grandfather brought a home movie camera, and he captured three minutes of footage of the Jewish community of Nasielsk: excited children shouting and waving; hundreds of townspeople exiting the synagogue after a special ceremony. One year later, Nasielsk was overrun by the German army. Of Nasielsk’s 3,000 Jews, fewer than one hundred survived the Holocaust. My grandfather’s film contains the only known moving pictures of this lost community. My research focused on identifying the individuals in these haunting images. 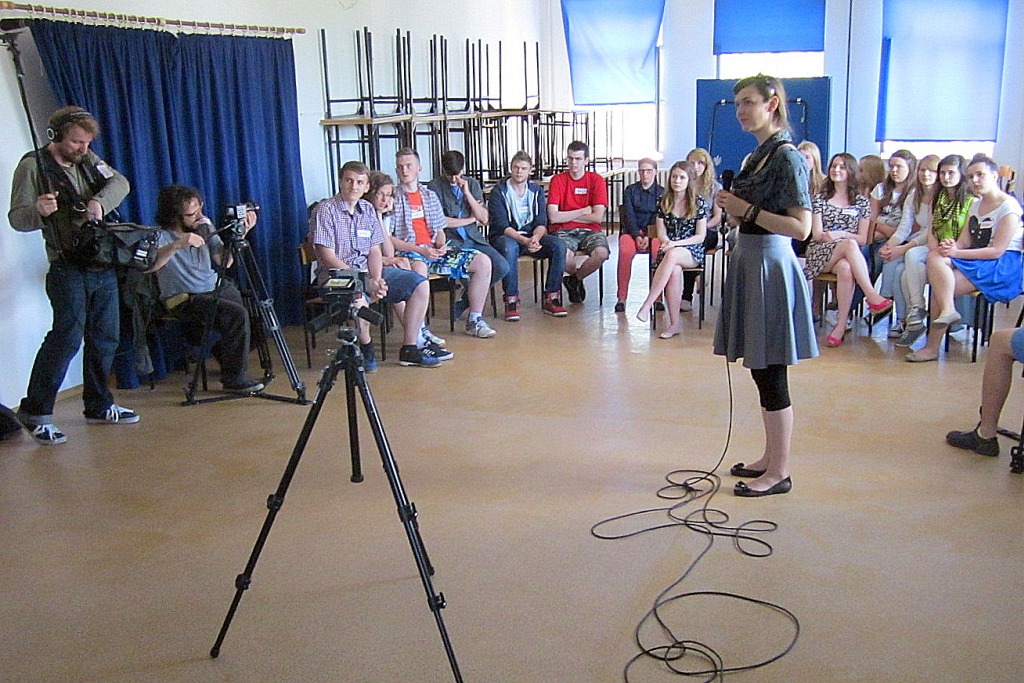 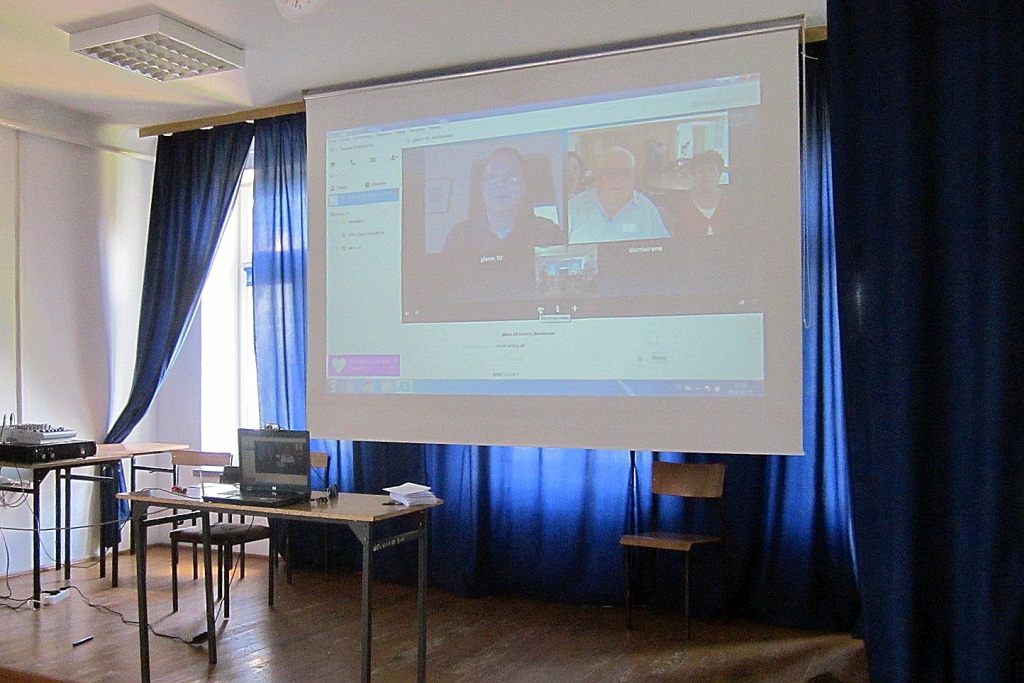 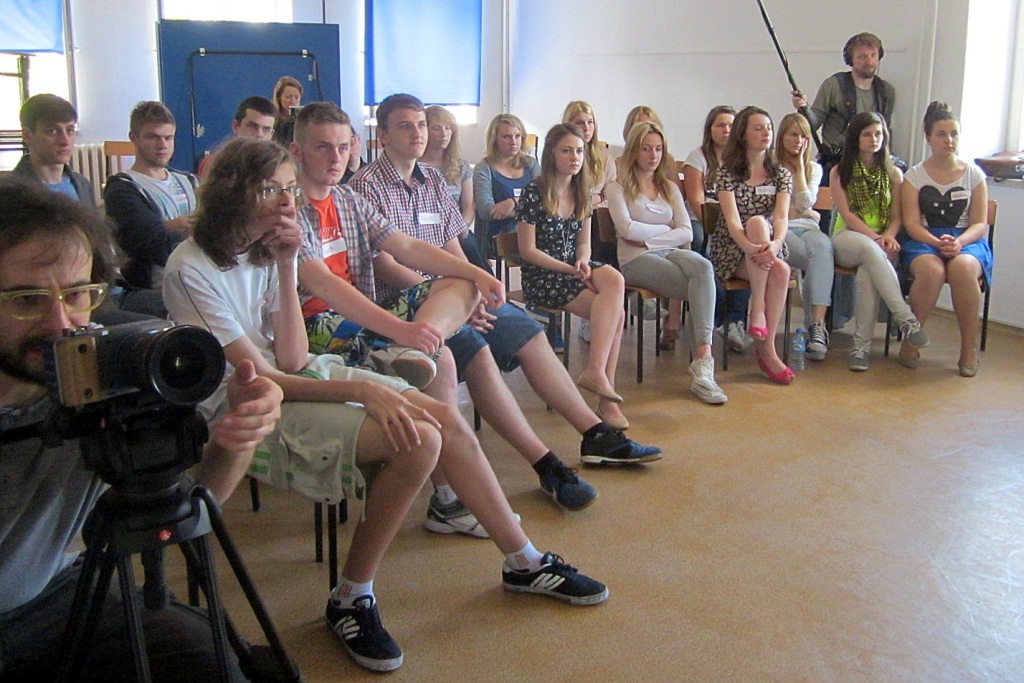 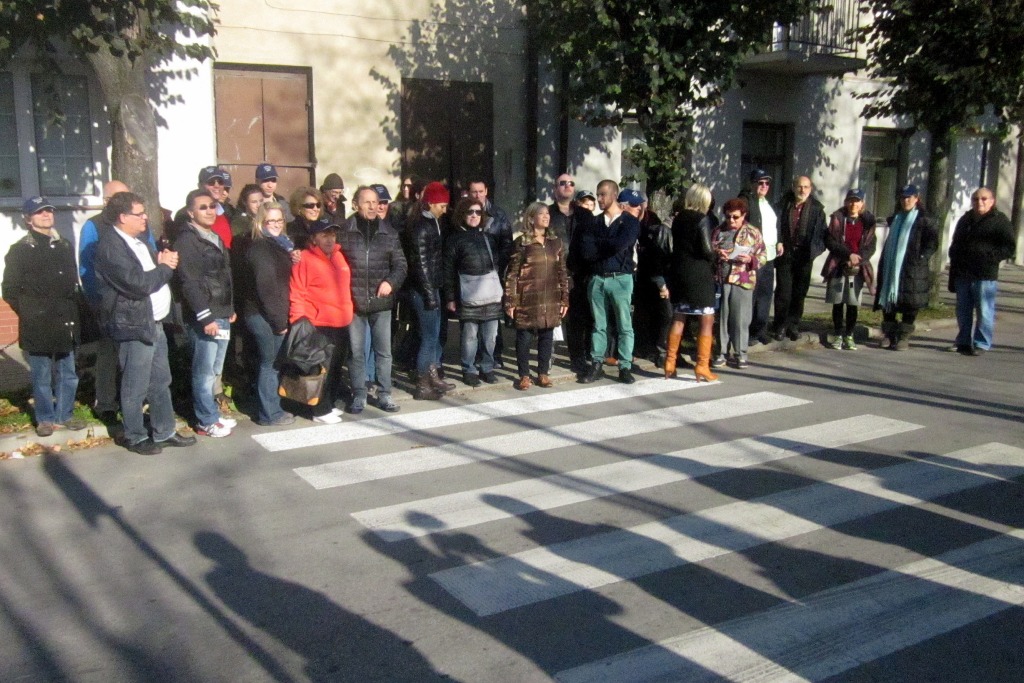 The School of Dialogue presented an extraordinary opportunity to bring the history and fate of Nasielsk’s Jewish citizens back into the town’s consciousness, and to make this history real and personal for the students. Working with the Forum’s vibrant and expert team, we arranged for the students to spend a day speaking via Skype with a survivor I had found during my research, one of the excited children who appeared in my grandfather’s 1938 film. This survivor, by then 89 years old, was only 16 years old when he escaped the Warsaw Ghetto—the same age as the students who participated in the School of Dialogue in 2014. Sharing his recollections of growing up in Nasielsk, and recounting the chilling and powerful story of how he survived the war by passing as a Roman Catholic Pole, this survivor helped the students grasp the real-life experience of the history they were studying.

The lessons of the School for Dialogue continue to make a difference in present-day Nasielsk. In the summer of 2016— and we anticipate again in the summer of 2017—a multi-national, multi-faith group of volunteers began work to reclaim and rededicate Nasielsk’s Jewish cemetery. Alumni of the School for Dialogue, along with current high school students, town officials, and ordinary members of the local community, are all participating as we clear away the years of neglect—the weeds and bushes, as well as the bitterness and mutual misunderstandings—to bring this ground, and consequently, the 400-year history of Nasielsk’s Jewish community, back into the light. The School of Dialogue marked a turning point in the lives of these students and in the collective consciousness of the town itself.”