Visit of members of Jablon family

17 members of Jablon family, descendants of Jews living in Siedlce before the Second World War, visited Warsaw and Siedlce in September 2019. Forum for Dialogue organized and facilitated the meeting with students from the Queen Jadwiga High School in Siedlce, followed by a workshop and a walking tour in the city.

The visit of Jablon family was organized by Zuzanna Rudzinska-Bluszcz, a granddaughter of Zofia Olszakowska, Righteous among the Nations who saved Cypora Jablon’s daughter, Rachel during the Second World War, and Judith Greenberg, New Yorker and cousin of Rachel. Zofia Olszakowska, Cypora Jablon and Irena Zawadzka were school best friends who graduated from Queen Jadwiga School in 1930s. In 1942, Irena and Zofia took on themselves rescuing one year old daughter of their friend Cypora from Siedlce ghetto. Cypora, her husband and other members of Jablon family died during the Holocaust, but Rachel survived in hiding. After the war Rachel left for Israel where she started her own family. She kept in touch with Irena and Zofia and those bonds of friendship persevered and are continued by next generations.

On the morning of September 19th , students from Queen Jadwiga High School filled the  auditorium and listened to the history of friendship between two Christian and one Jewish girl which was abruptly ended by the horror of the Second World War, but lived in a biography of Rachel, a child survivor of the Holocaust. Eighty years after the outbreak of the war, families of Zofia and Rachel met with students to talk about intertwined Polish/Jewish history, taking responsibility in darkest of times, and value of friendship and respect. Judith Greenberg and Zuzanna Rudzińska-Bluszcz showed pictures of pre-war Siedlce and Queen Jadwiga school as well as described the post-war connections and histories of Jablon family and its Polish rescuers.

After the plenary session, group of Jablon family coming from United States, Israel, Italy and South America, met with students involved in School of Dialogue program led by Forum for Dialogue. The small, intimate workshop was an occasion to reconnect descendants of  Siedlce Jews with teenagers who took upon themselves caring about Jewish history and heritage of their town. After lunch in school cafeteria, students invited guests for a walking tour in Siedlce and showed them traces of pre-war vibrant Jewish life in the city, as well as places connected to Cypora and Jablon story, including the original plot of pre-war Queen Jadwiga School and buildings inhabited by Jablon family before the war. The last stop of the visit was the Jewish cemetery of Siedlce, where a Rabbi and a Catholic priest led an ecumenical prayer in the memory of Siedlce Jews.

Members of Jablon family, re-united especially for this heart-warming visit in Poland, were impressed by the empathy, consideration and knowledge demonstrated by the participants of School of Dialogue program. It was the first time that alumni of School of Dialogue in Siedlce had a chance to meet with Jewish family tracing its roots in their hometown and they showed nothing but kindness, genuine enthusiasm, and willingness to share the knowledge about their town. 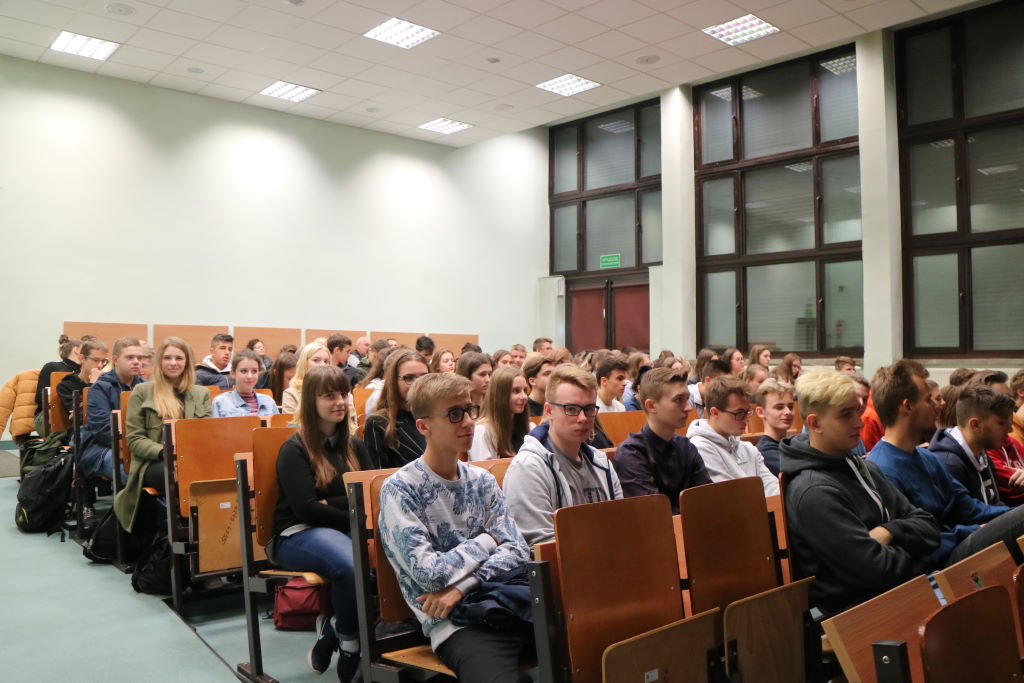 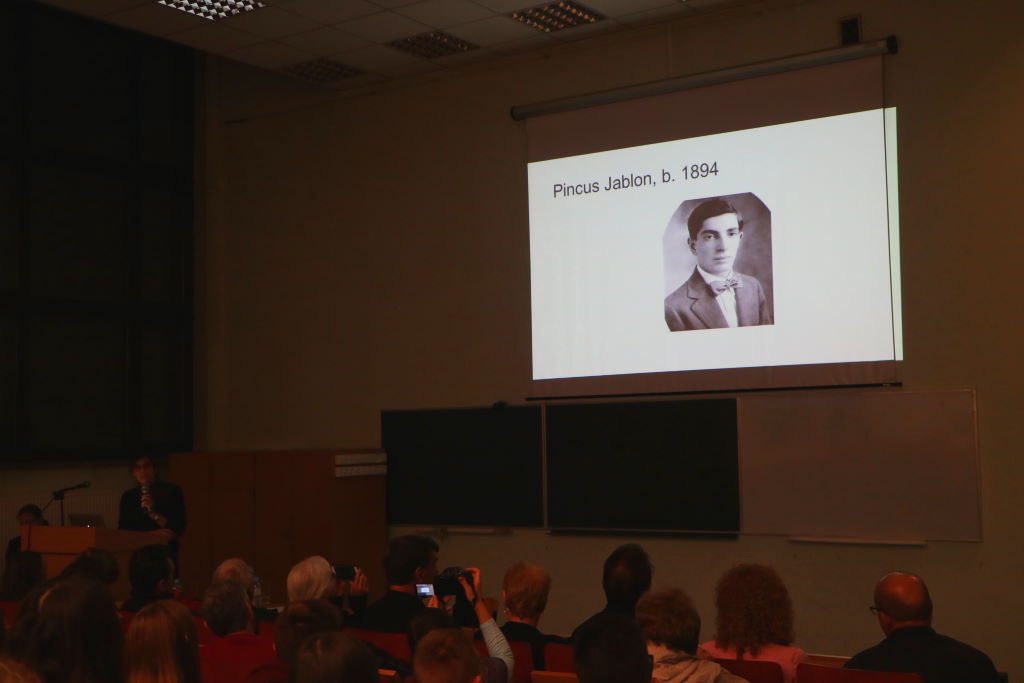 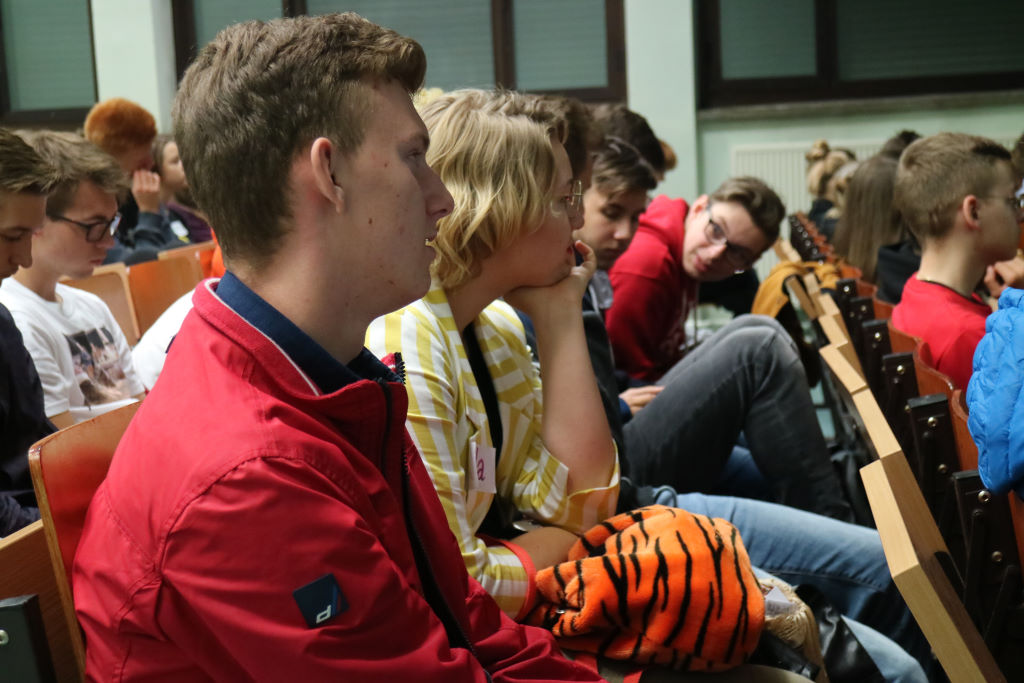 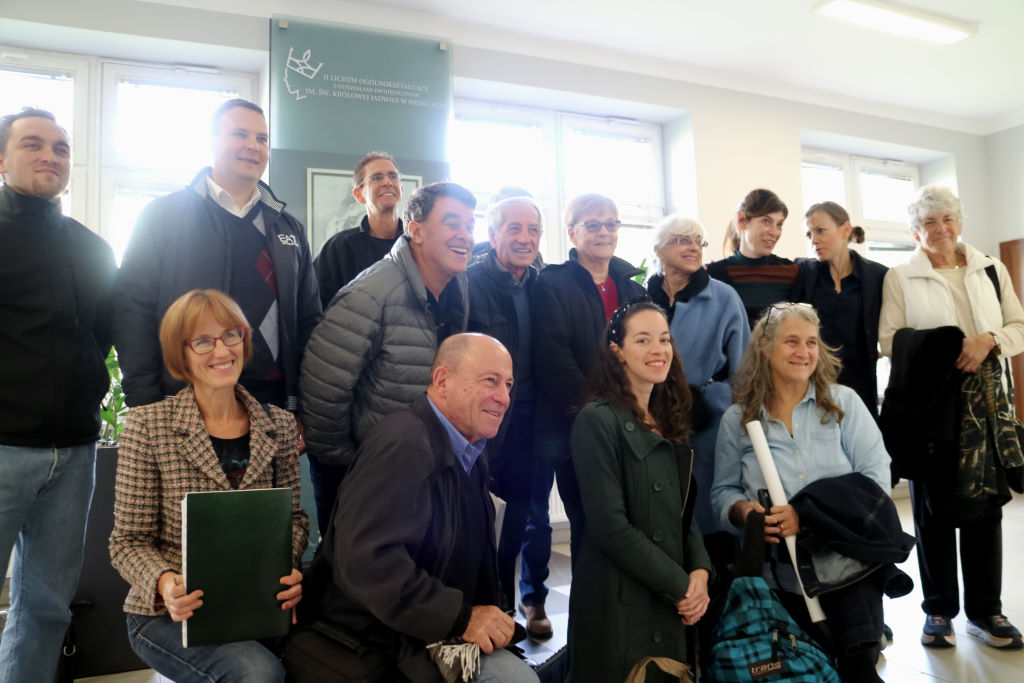 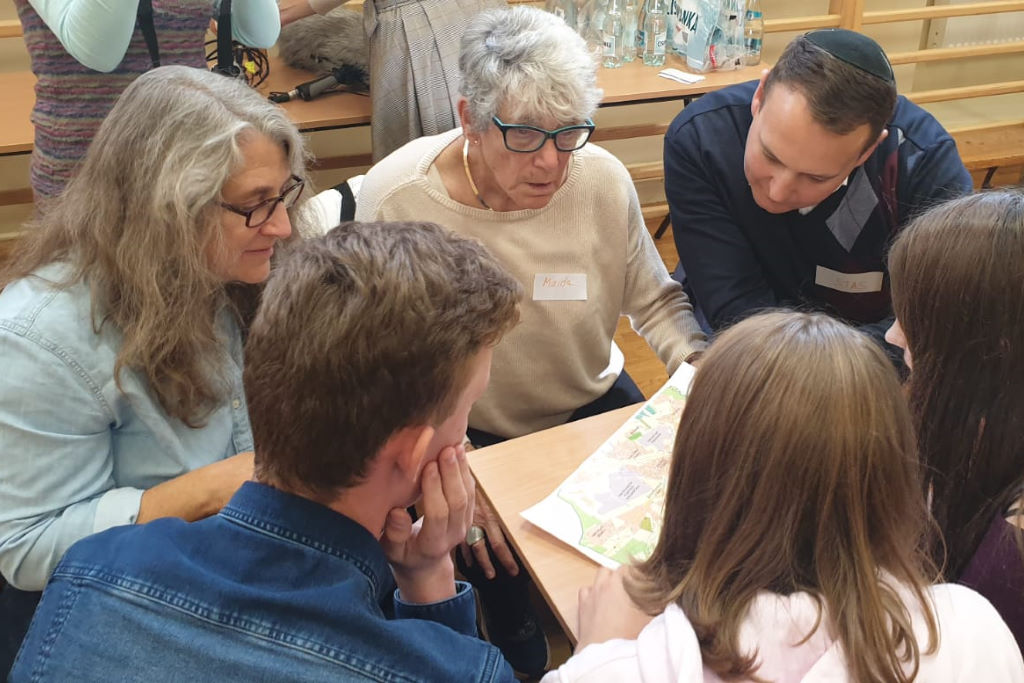 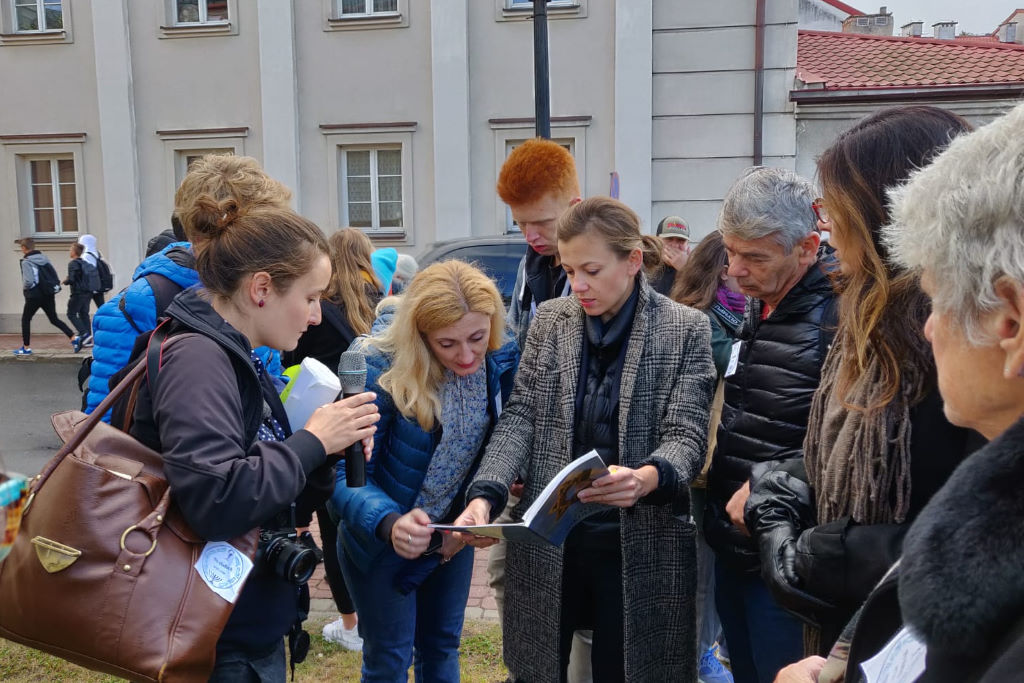 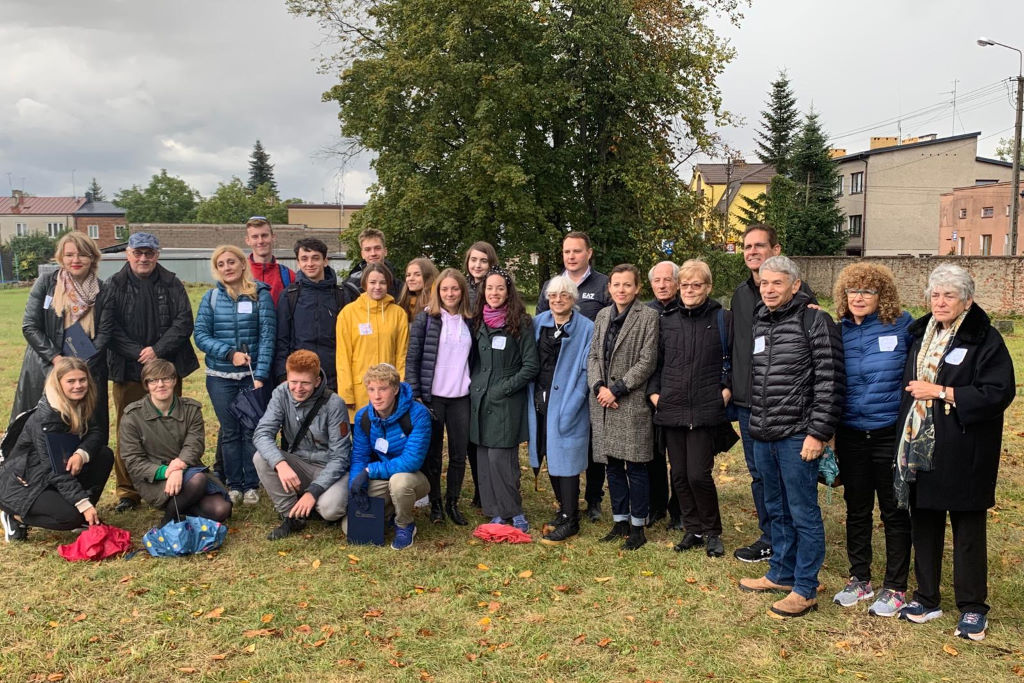 Visit of Jewish leaders from Israel

In May 2015, Forum for Dialogue hosted an Israeli delegation. They participated in an intense trip, during which they visited Warsaw, Siedlce, Łódź, Kraków and the Museum and Memorial Auschwitz-Birkenau. In Siedlce, the group met with students and teachers from the School of Dialogue program, who showed our guests around the town’s Jewish sites. It was especially meaningful for Erez Shani, whose family came from Siedlce. Yael Golan Seligman, a journalist who also took part in the trip, described their experience in the article:

“We were touched to meet young, non-Jewish students involved in the Forum’s school project. They guided us through the streets of their town, Siedlce, and taught us about Jewish history there – the fruit of research and interviews with family members and city elders.

They showed us where the synagogue and Jewish school were located, and even took us to a brick wall they think served as the ghetto’s perimeter fence.

We followed them fascinated, sharing in their excitement, and when I spoke with some of them I could not help but wonder why they even care about this, and why is this possible now? Young women who are members of the third and fourth post-war generation are making history. Gradually I realized how similar everything was, and how much work the third generation faces in reviving the memories and stories of their silent parents and grandparents. This is the last generation that can still turn to those who lived during that critical period with questions.” 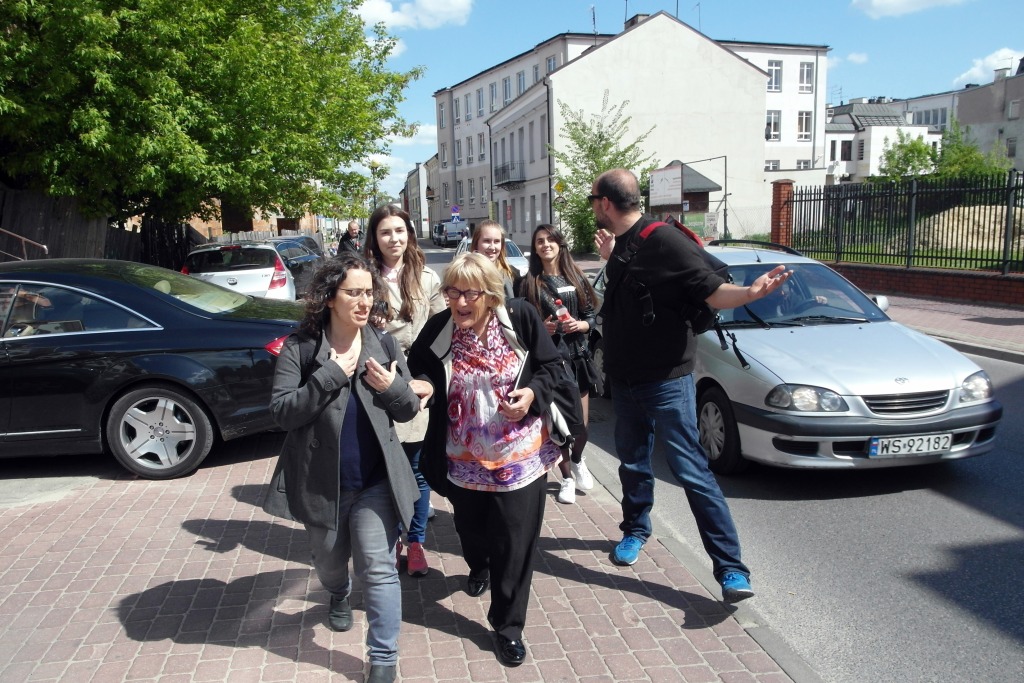 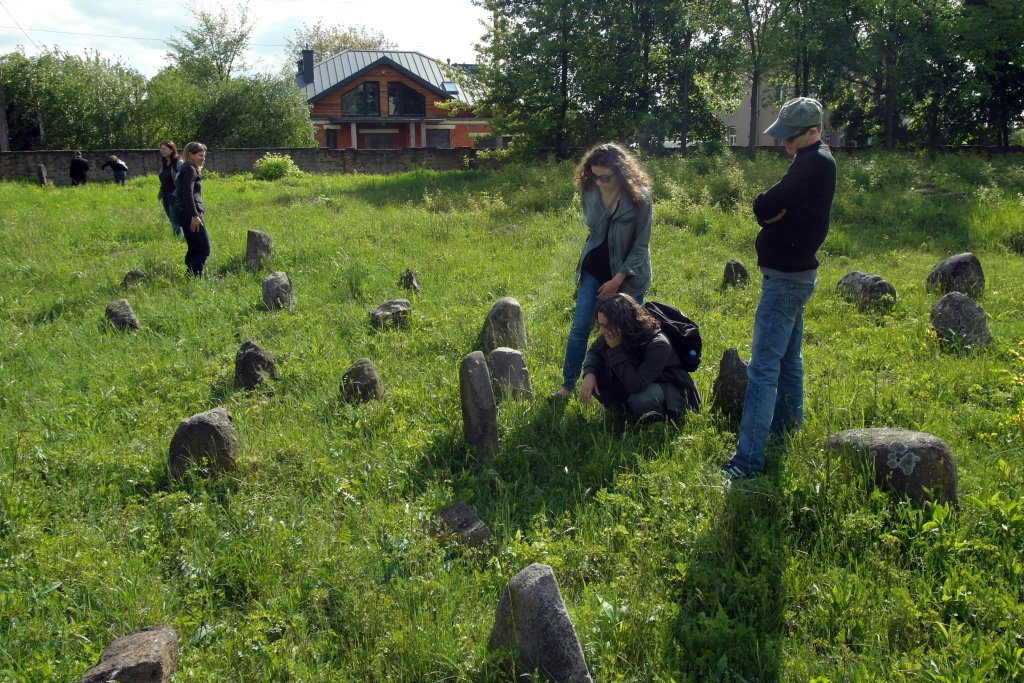 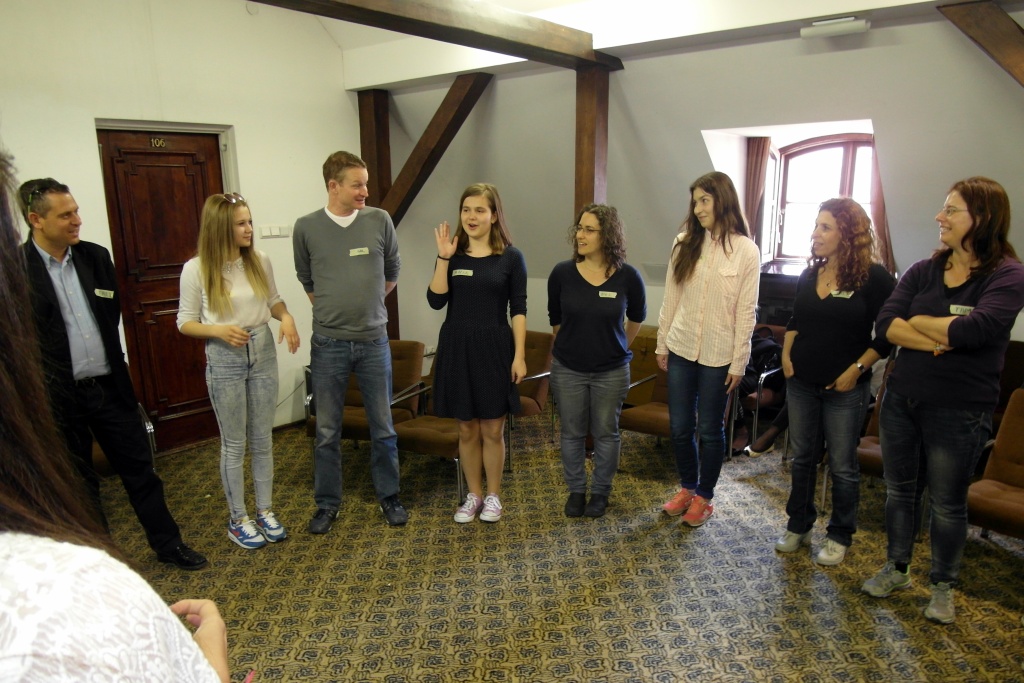 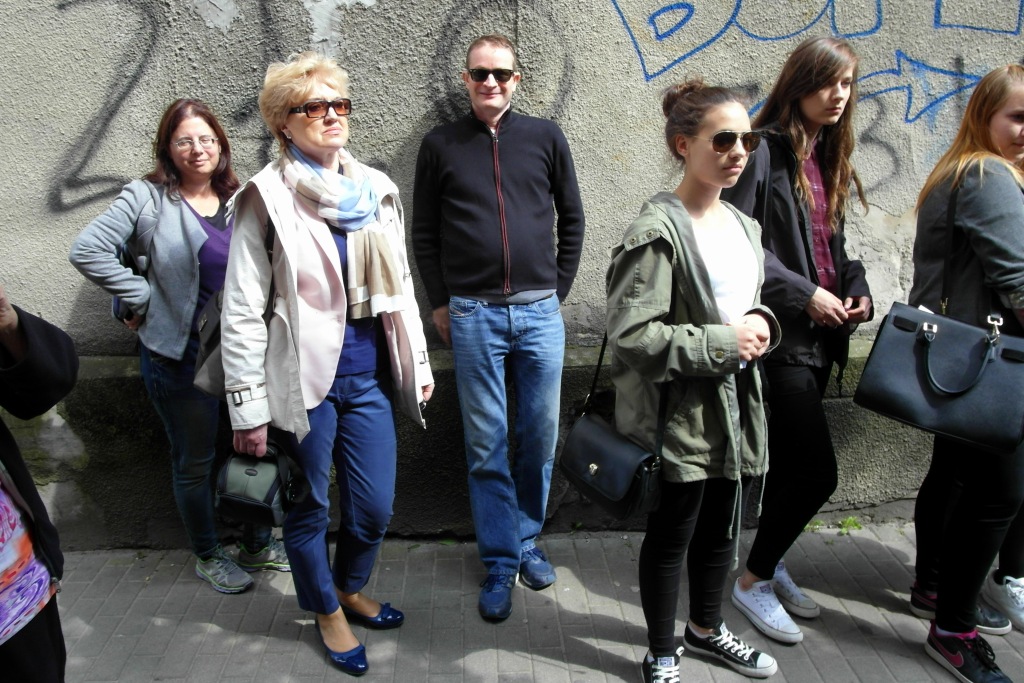 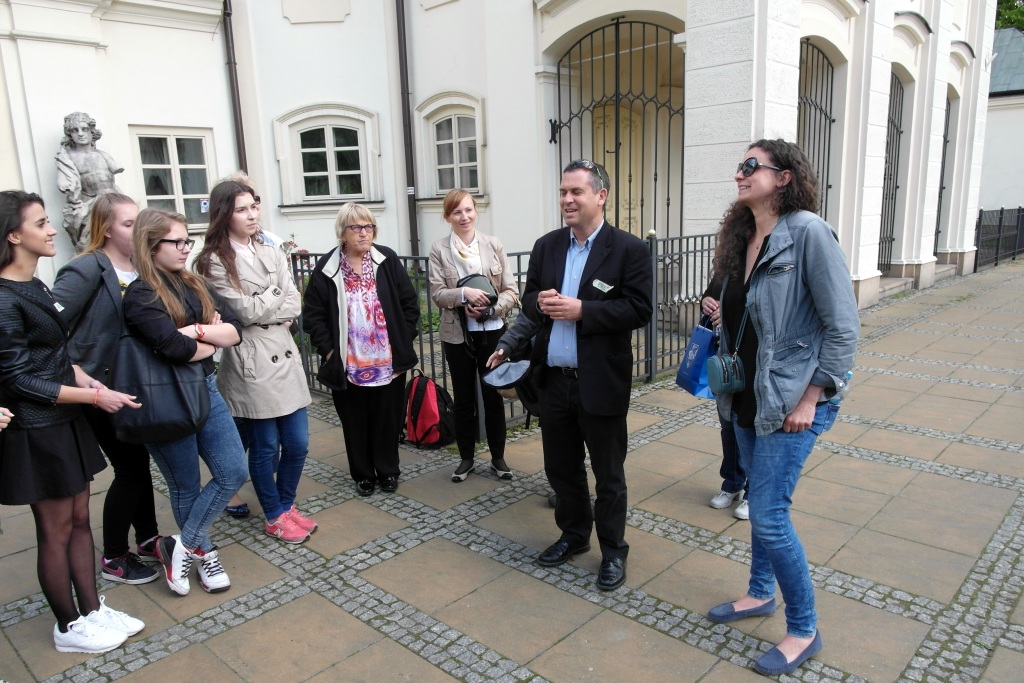