When, at the beginning of 2020, we were planning the upcoming semesters of the School of Dialogue program no one could suspect that within weeks the entire world would change so dramatically.

Students and teachers had to change the way they learn and teach, schools were closed down, and education, together with other aspects of daily life, moved online. For the first time since its launching in 2008, the future of the School of Dialogue program was uncertain. We considered how      a program based on group work and direct interaction would function when done remotely. We worried about conducting workshops online, as well as about student engagement and their ability to find information necessary to complete the program. We are happy to report that none of it turned out to be an issue, and the 2020 School of Dialogue was our first ever online edition.

Fourteen schools, 22 teachers, and 200 students took up the challenge to go digital and explore the past of their town to commemorate its Jewish community.

Young people from Białystok, Bielsko-Biała, Chełm, Janowiec, Kraśnik, Oleszyce, Radzyń Podlaski, Płock, Sobków, Sosnowiec, Witkowo, Węgrów, and Załuki transferred the prewar Jewish life of their towns onto online maps, which they made available to the public and shared among their communities. Some of these sites can boast of thousands of unique visitors. The online walking tours include not just information about buildings or other places of importance for the local Jewish community, but also stories of the Jews who lived in them. The students from Dynów translated all the materials put on the map into English, to make it accessible to descendants of Dynów Jews living all over the world.

Limits to social interaction made the promotion of student activities that much more of a challenge. But, as always, the School of Dialogue students delivered and proved once more that nothing is impossible! The students from Białystok were incredible in that respect as they sent information about the map to local institutions. Those in Płock used the school’s information software to send news of their project to the entire school community. They also contacted famous residents of Płock who shared the map on their social media profiles.

How does one collect information about the past of one’s town when all the archives and public libraries are closed to users? The students from Węgrowiec and Bielsko-Biała found a great solution: contacting local experts who shared with them little known facts about their respective Jewish communities.

Digital natives, the students had no problem navigating Instagram or Facebook to share information about their activities. The students in Sosnowiec were incredibly savvy in how to manage the project’s fanpage. They posted short updates and pictures, shared interesting trivia about the Jewish life of Sosnowiec, as well as short instruction videos on how to prepare a shakshouka or challah. Participants from Oleszyce created an Instagram account where they published information and archival materials about the history of the Jews not just from their town, but the entire region. Another way of commemorating the Jewish past of their town were the dedicated websites. The one created by the students from Chełm is a great example, featuring a detailed documentation of all of their activities including an interview with the descendant of a Jewish family from their town, which they later invited for a walking tour of the town of her ancestors. 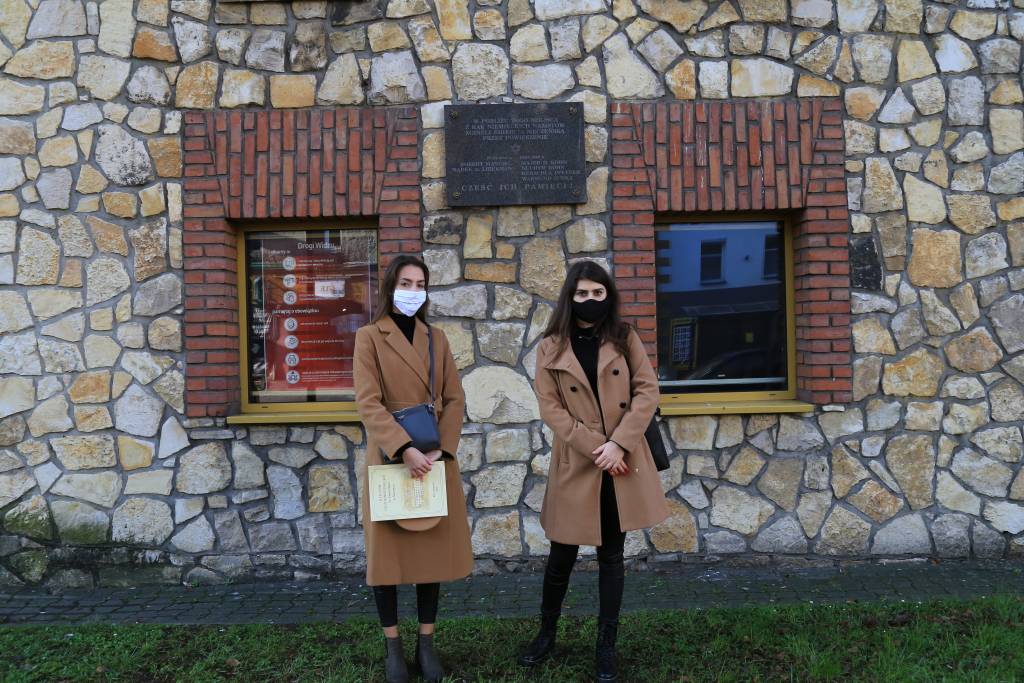 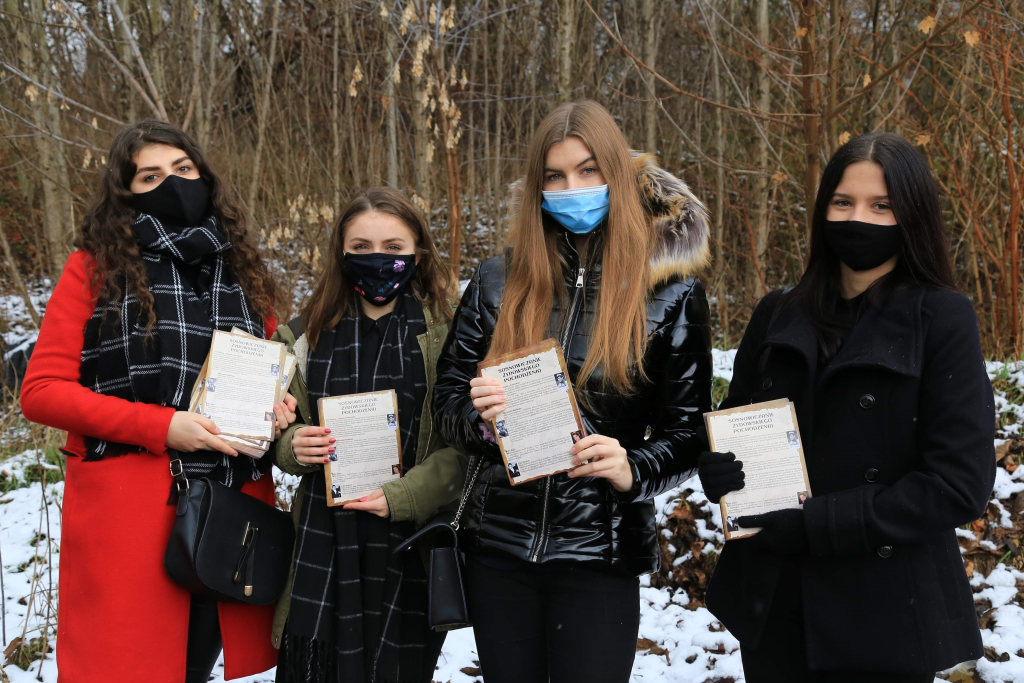 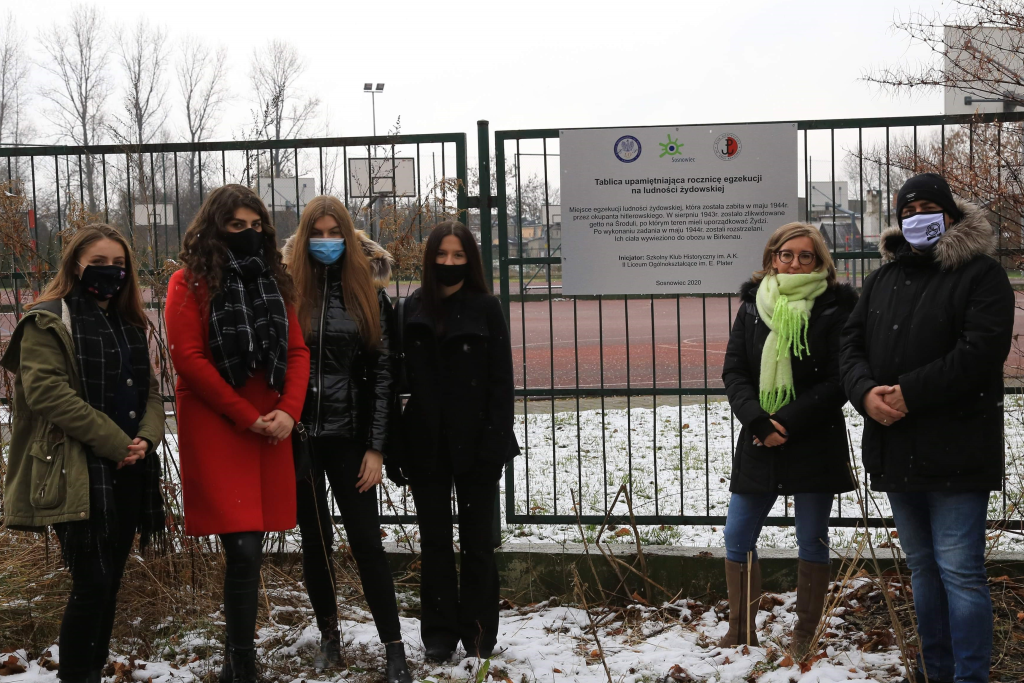 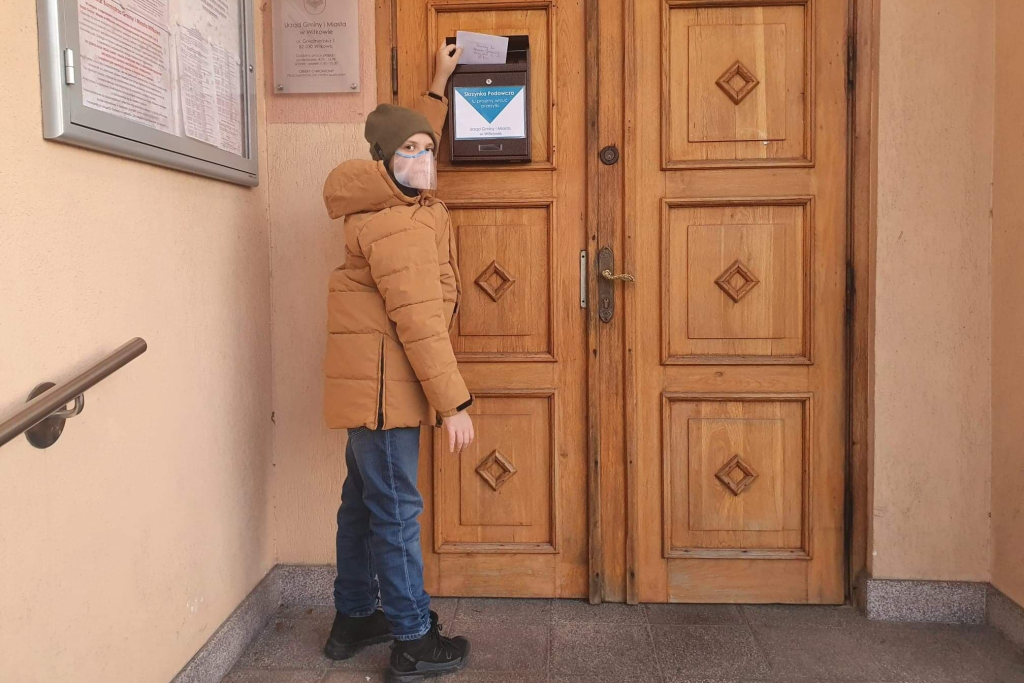 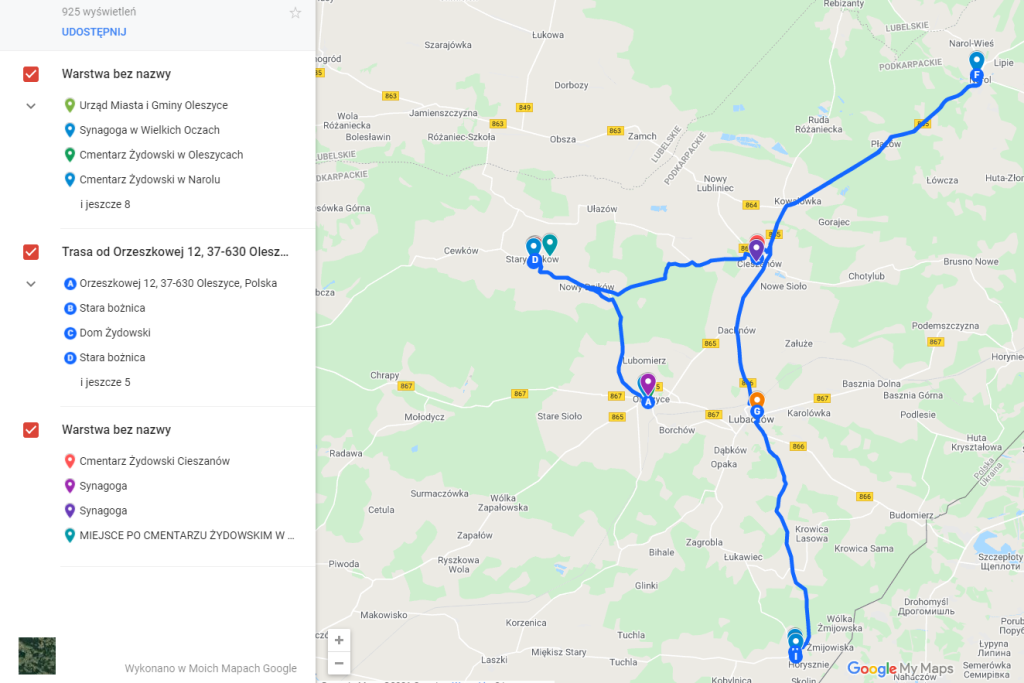 Though digital media were the dominant mode gaining more publicity, some participants did successfully reach out to traditional media, such as local newspapers and magazines. As a result, the students from Radzyń Podlaski found themselves the protagonists of an entire article in the local Wspólnota Radzyńska.

One of the key elements of the School of Dialogue program are the conversations with witnesses to history, the grandparents and elderly neighbors. During the pandemic the only safe way to conduct these interviews was via the telephone. In Sobków, one of the participants asked his grandmother to share what she remembered about the town’s past, while in Kraśnik the students were able to contact a few such people, as well as interview a local historian.

Despite the restrictions on mobility, the participants of the School of Dialogue program were able to organize some public events for their communities, of course taking all the necessary safety precautions. Distributing flyers, small groups walking tours, research at the local museum, or a visit to a local Jewish cemetery, as in the case of Janowiec are just some of the students’ activities.

In Witkowo the students took up an incredibly difficult challenge of deciphering the Jewish tombstones.  Thanks to all measures of dedication they managed to find out the names of the people in whose memory these tombstones were placed. While the students from Załuki, inspired by the discovery of a textile woven at the Benjamin Amdurski’s factory, decided to follow a route of Jewish entrepreneurs that led them to the nearby Gródek.

We are simply bursting with pride at these incredible young people, aided by their teachers, who had the will and the power to discover, document, commemorate and take responsibility for the Jewish heritage of their town in such a difficult year. The online formula of the School of Dialogue in 2020 ensured that all their discoveries are now accessible online. Thanks to this digitalization these materials will be serving their local communities and descendants of local Jews as entry points for discovery of the Jewish history and culture of each region.

Below you will find the links to the online maps created as part of the 2020 School of Dialogue program:

Project co-financed by Friends of the Forum, Conference on Jewish Material Claims Against Germany, and individual donors from Poland and abroad.