First Jewish residents decided to settle in medieval Bydgoszcz already in the 15th century. In 1555, the growth of local Jewish community was thwarted by a Royal privilege de non tolerandis judaeis, but when the area came under Prussian rule in the 18th century, Jews came back to the town. This was the golden age for the Bydgoszcz Kehilla as well as the Jewish communities of nearby villages – Górzyskowo, Szwederowo, Białe Błota, Rupienica, Bocianowo, Okole, Wierzchucin Szlachecki, Grodztwo and Łabiszyn. Bydgoszcz was the hub of Jewish religious life with its synagogues, a mikveh, a ritual slaughterhouse and a Jewish cemetery. With the turn of the 20th century, the local Jewish community began to evolve due to assimilation and migration processes, to change its character completely after the town became part of the Second Polish Republic. The majority of Kehilla members, who identified with German culture, moved west, while their place taken by Jews migrating from Poland’s eastern territories. The size of the “new” Kehilla never amounted to that from the community’s golden age – in August 1939, Jews comprised a mere 1.4% of the local population. Despite the smaller size, Jews comprised an inextricable part of the local community – operating shops and restaurants on the main streets of the town.

The rich history of the Jewish community in Bydgoszcz, which reflects the turbulent history of the town so well, provided a ready-to-use material for students from Construction Trade School Complex, who participated in the 2017 edition of School of Dialogue program. After completing the first introductory workshops with Forum’s educators, students from grade 1R decided to conduct a survey among the local residents to test their knowledge on local Jewish history and culture. The results proved that people didn’t know much about Jewish Bydgoszcz – only basic concepts were recognized, while the interwar period was – falsely – identified as the time when the local Jewish community was at its largest. Therefore, students decided to actively shape the awareness of local residents.

In early June 2017, they organized an urban game entitled “Forgotten histories. Jewish cultural trail in Bydgoszcz”. The game began and ended next to the town’s granaries. At each stop, teams had to complete tasks connected to Jewish culture embedded in the local context. 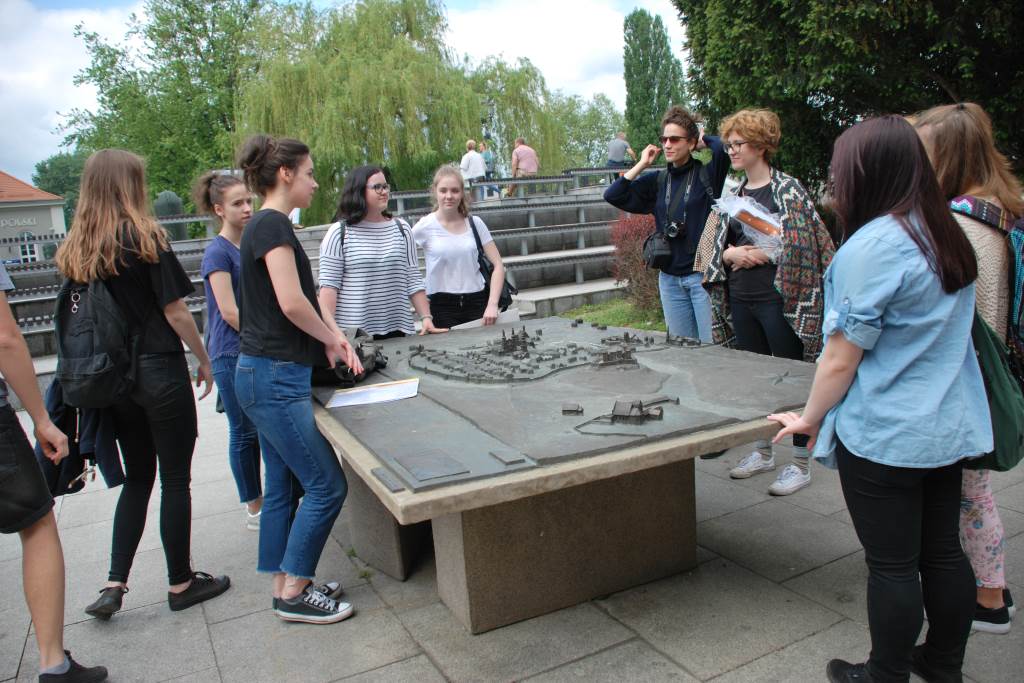 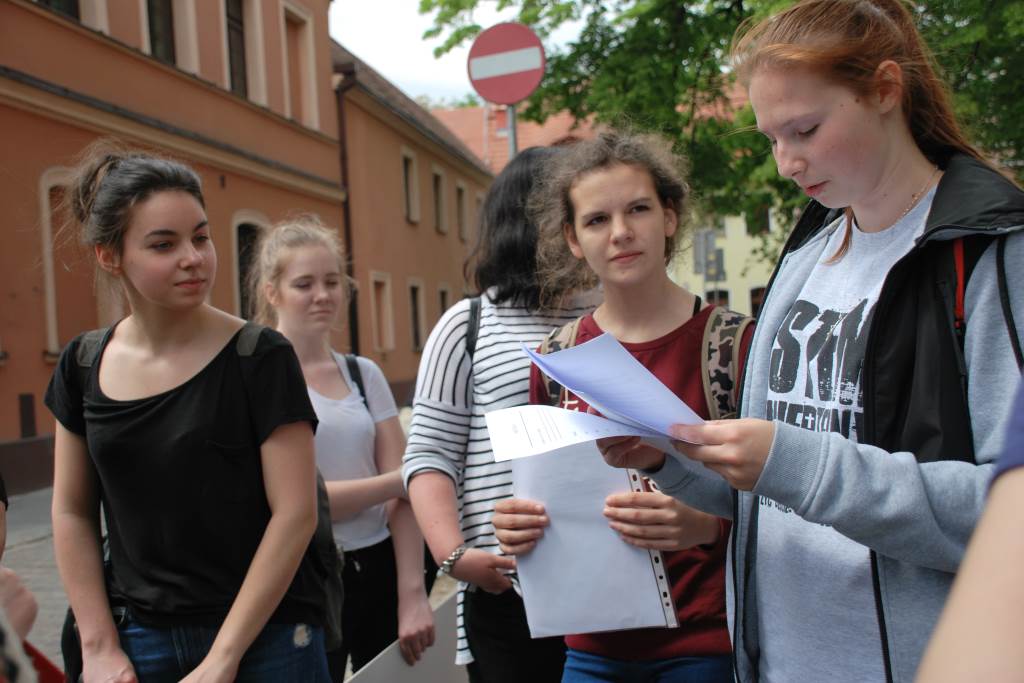 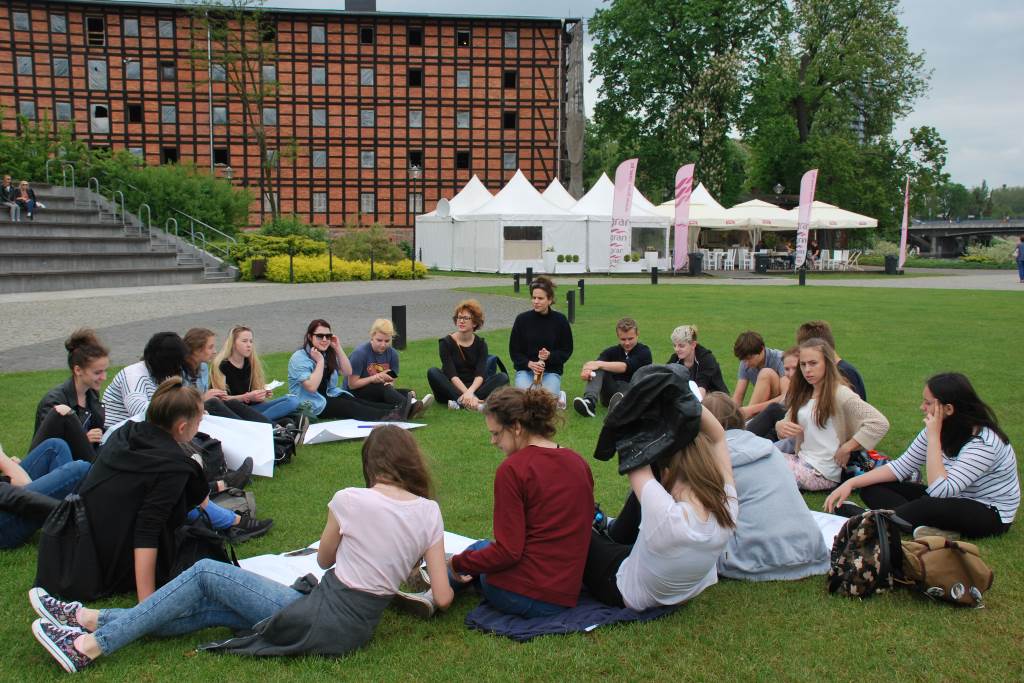 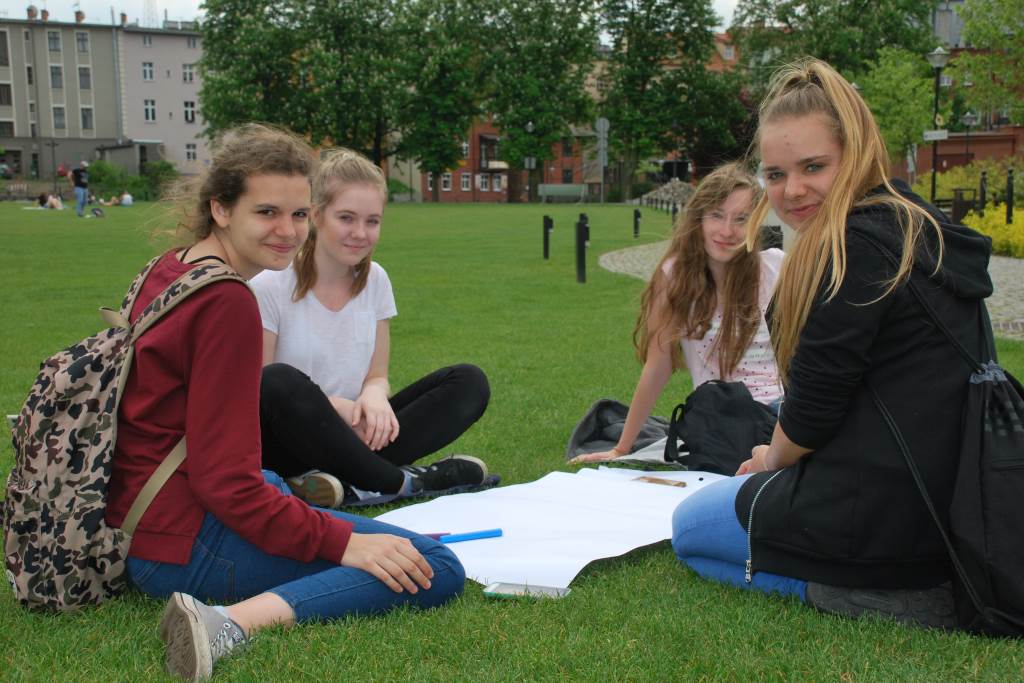 After completing a task, the team would hear a text on one of the periods from the life of Bydgoszcz Jews; its length and information depended on the number of points gained in the activity – the more points, the more detailed the text. Local elementary and junior high school students were invited to participate in the game. Curious passersby also followed the game and often assisted participants in finding answers to questions about the town’s past.

But an urban game is not the only project Bydgoszcz workshop participants prepared – in early June, they also organized Jewish Culture Week in their school, during which other students were presented with a special newspaper edition and an exhibition about Jewish culture, customs and rituals. Each day offered a different highlight: meetings with guest speakers, contest on knowledge of Judaism, food tastings, and workshops on the kippah.

Basing on what students had to say about the project, the School of Dialogue was not just a source of knowledge about their local homeland or a way to develop skills to conduct an independent project. Participation in the workshops, as one student admitted, opened them up to new ideas: “The main theme for my personal reflections was human relations and the criteria we use to judge someone who is a stranger, a face in the crowd. Sometimes, by judging someone by our own standards, we may unwittingly strip them off their personal definition of who they are. People who are most often judged are minority groups like the Jews.”