The synagogue, Jewish cemeteries and the Jewish district filled with all kinds of schools, shops, socio-cultural associations and political organizations have disappeared leaving no trace in the landscape of contemporary Ciechanów. In spite this present-day absence, the town – located on Masovia region’s northern trade route – would be visited by Jewish merchants as early as the Middle Ages. Ciechanów’s Jewish community prospered over the centuries to reach up to 70% of the town’s population in the 19th century. Before World War II, members of the local Kehilla included Orthodox and assimilated Jews, fervent Zionists and Bundist socialists as well as a group of Hassidim. Among the latter group was tzaddik Abraham Landau, who established the Ciechanover clan, a member of which is the 2004 Chemistry Nobel Prize Winner Aaron Ciechanover.

School of Dialogue program returned to the fascinating Ciechanów after four years to once more have a group of students from United Europe Junior High School No.2 embark on the quest of exploring the town’s Jewish history. Participating first-year students knew nothing about the topic, but – with the help of Forum’s educators – acquired the necessary information on Jewish history and culture to start working on their own group project. Divided into workgroups, they began to prepare a walking tour through Jewish Ciechanów, orchestrated an information campaign for local residents and built a website about prewar Jewish life in the town.

Tracing Ciechanów’s Jewish past in the town’s contemporary dimensions was not an easy task. Students used archival photographs of the prewar town, Masovian Gentry Museum collections and considerable assistance provided by Ms.Mirosława Lewandowska-Wołosz, regional historian from the Municipal Public Library in Ciechanów. They were particularly moved by the fate of the former Jewish cemetery at ul.Gwardii Ludowej, which has now become a residential area and a space for leisure activities.

The area around the former Jewish cemetery was one of the forgotten historical Jewish sites where students handed out leaflets to passersby entitled Do you know your own town? with loads of information about the local Jewish community. Residents were often very surprised to learn about the location of the former synagogue or Ciechanów’s prewar Jewish population.

A few days after the information campaign for the town’s residents it was time for the Week of Jewish Culture at the school. The school’s radio station broadcast klezmer music, the building’s corridors became the canvas for Jewish Ciechanów exhibition while discussions about the Jewish heritage would be held during history classes. 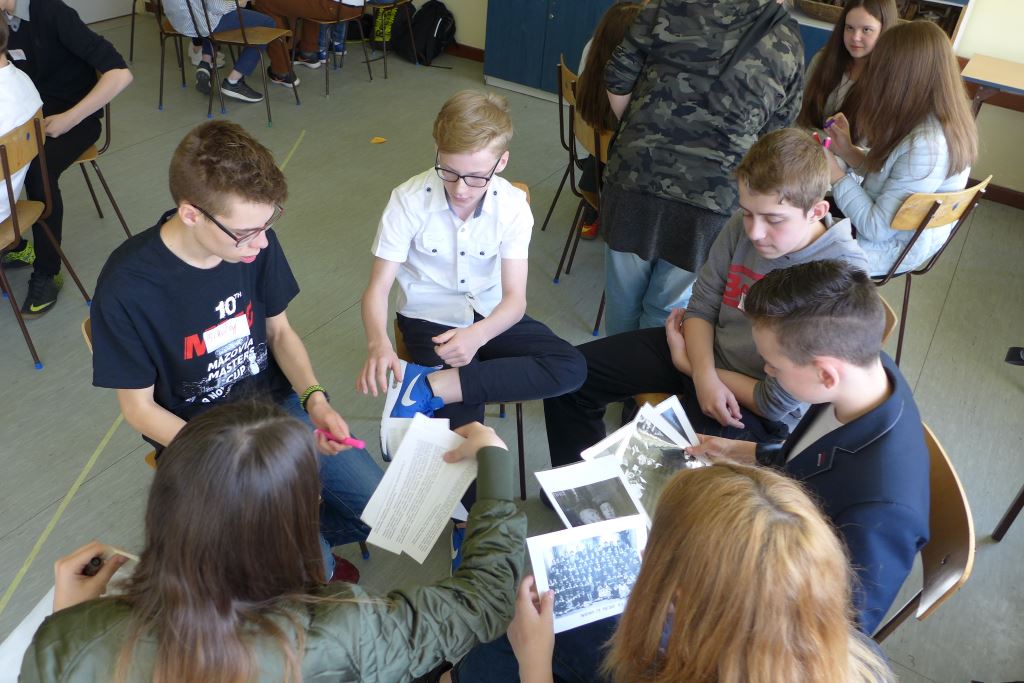 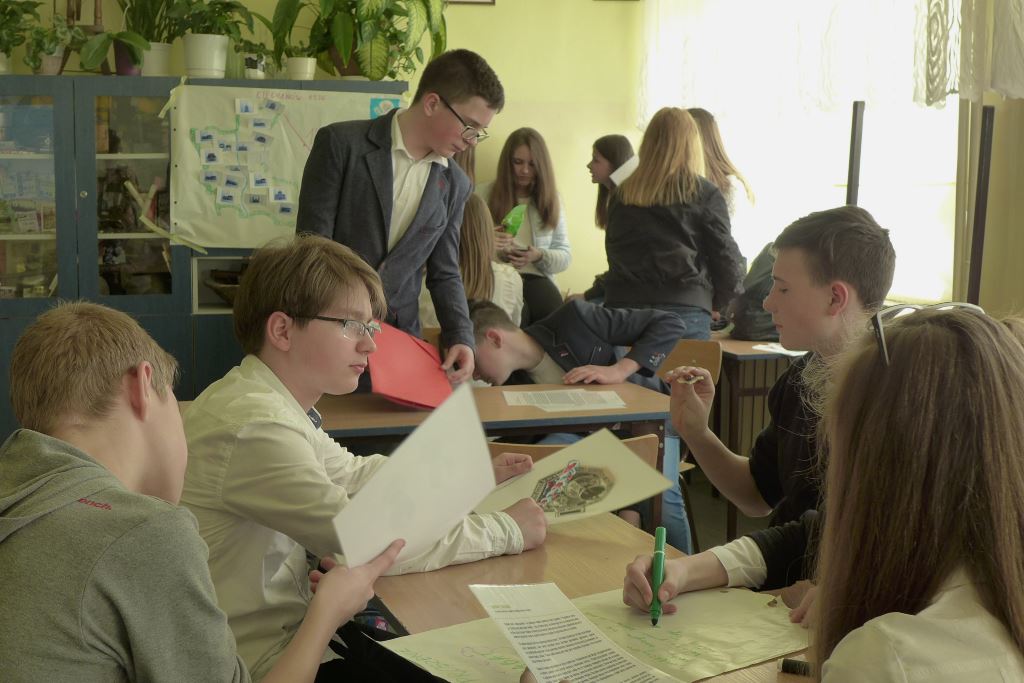 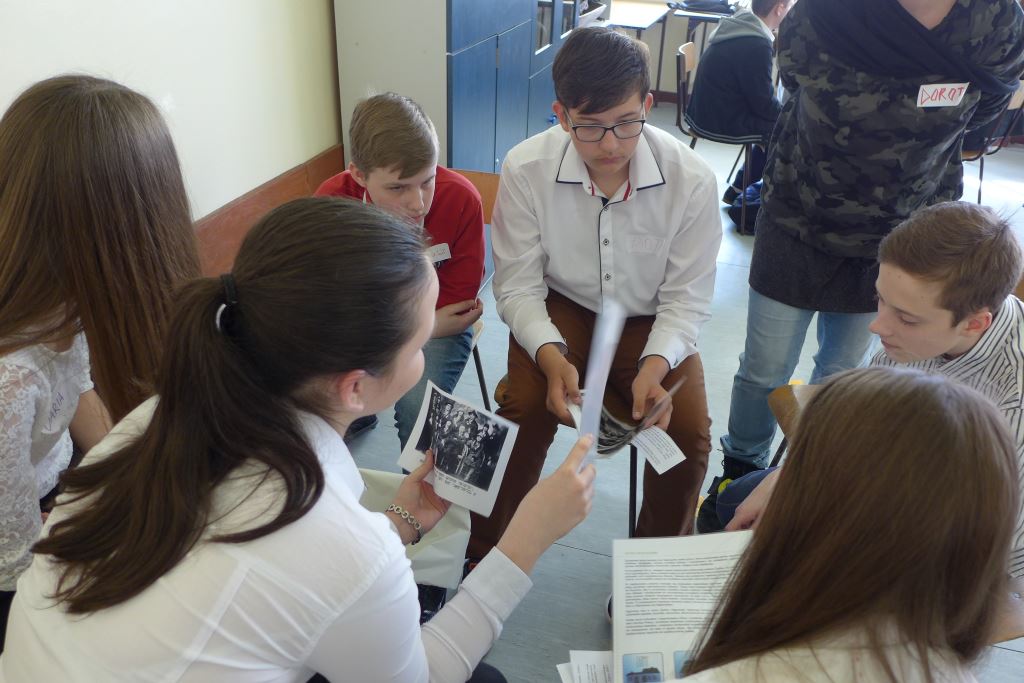 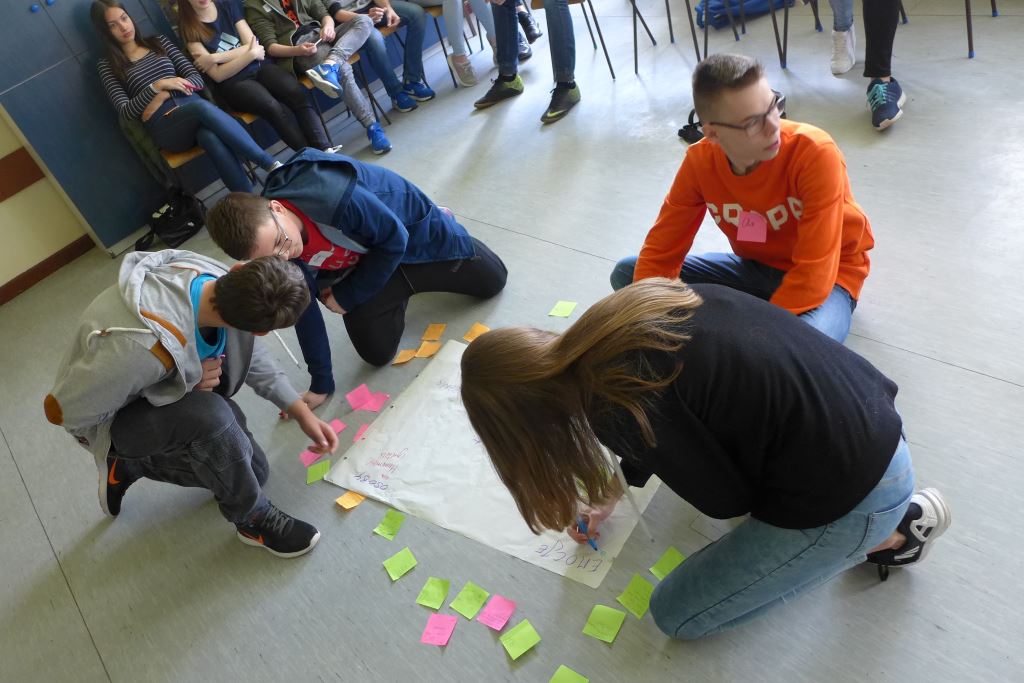 June 9 saw the final part of the project in the form of a walking tour through Jewish Ciechanów. Sites visited by the students along with Ms.Lewandowska-Wołosz included the edifice that housed a Jewish public school before the war. Among the school’s graduates was Ciechanów-born Roza Robota, participant of the rebellion in Auschwitz-Birkenau camp; Pianke’s tenement hourse; streets of the former Jewish district and the town’s marketplace, which before the war was bustling with street vendors. During the tour students had a chance to admire a three-dimensional model of the synagogue presented by Ms.Lewandowska-Wołosz, were introduced to basic tenets of Judaism and had a chance to try matzoh and hallah bread. An additional attraction was an extramural lesson conducted in the Museum of Masovian Gentry under the topic The Lost World. Traces of Jewish Families up to 1942.

In the course of the tour, participating youth learned the details about persecution of Jews during World War II and the history of Holocaust in Ciechanów. The walk ended with a commemoration of former Jewish neighbors on the site of the Jewish cemetery that had been devastated in the course of the war. Stones collected during the tour were placed on the cemetery’s memorial with inscriptions in Polish and Yiddish.

Junior High School No.2 students emphasized that School of Dialogue helped them feel connected to their region, specifically the part they had been previously unaware of. In the words of one of the female students from Ciechanów: “After completed the series of four workshops I now realize that I did not really understand Ciechanów before. The depths of the town’s history hide an impressive and illustrious past.”

I learned a lot about my town’s past and life of Jews that had lived here before World War II. I did not know that so many Jews shaped the history of this town and that in the 16th century, half of the population here was Jewish.

Despite my earlier fears and doubts about the project, after completing a series of four workshops I understand that I had no idea what Ciechanów is like before. The depths of the town’s history hide an impressive and illustrious past hardly anyone knows about. I want to use the opportunity offered by our project work to leave a trace after what had taken place here.

It’s great that at such a young age we are made aware of certain things and groups. Perhaps our generation will be different – I truly hope so.