School of Dialogue at High School of Fine Arts

Częstochowa is located in southern Poland, some 125 km north of Kraków. A hub of St. Mary’s worship and Poland’s main pilgrimage destination, the town is home to Jasnogórska Basilica and the Jasna Góra monastery. There used to be synagogues in Częstochowa– the old one at 32 Nadrzeczna Street, the new one at 16 Wilsona Street – as well as eleven batei midrash (prayer halls): at 36 Nadrzeczna Street, 2 Nowy Targ Street, 6 NMP Street (Weksler’s prayer house), 31 NMP Street, 22 Warszawska Street, 1 NMP Street, 11 Strażacka Street, 50 Nadrzeczna Street (Machsike Hadas prayer house), and 60 Nadrzeczna Street. Częstochowa’s Jewish community was the largest in the 19th century, when it amounted to 60% of the town’s residents. In 1939, 28 thousand Jews made up 20% of the local population. The sole Holocaust survivors in Częstochowa were young Jews who passed the selection for forced labor; however, most of them emigrated after the war. Jewish life in Częstochowa began to develop after 1989. The town has its own chapter of Socio-Cultural Jewish Society of Poland (TSKŻ); Historical Association of Częstochowa Jews also exists in the town.

Once a month, Katowice rabbi Yehoshua Ellis leads Shabbat service at the TSKŻ. Attempts are made to create a branch of Warsaw’s Jewish Community in Częstochowa. There are also two landsmannschaft/compatriots’ societies: World Union of Jewis Czenstochovers and their Descendants and The Chenstochover Aid Society in Toronto. All this explains why students from the high school of fine arts who participated in School of Dialogue program in 2013 already had solid knowledge about Jews in their city. However, they wanted to enrich their knowledge about Jewish culture, ask Forum’s educators some difficult questions and reflect over the answers, to understand as much as possible. And so they studied the Jewish calendar and learned about Jewish holidays. They asked about modern-day Israel, about everyday life of contemporary Jews and were curious about Hebrew. They gradually became acquainted with every historical monument of Częstochowa that is connected with the city’s Jewish history. A mikveh used to operate at what is now 18 Garibaldiego Street, right next door to the Kahal building. 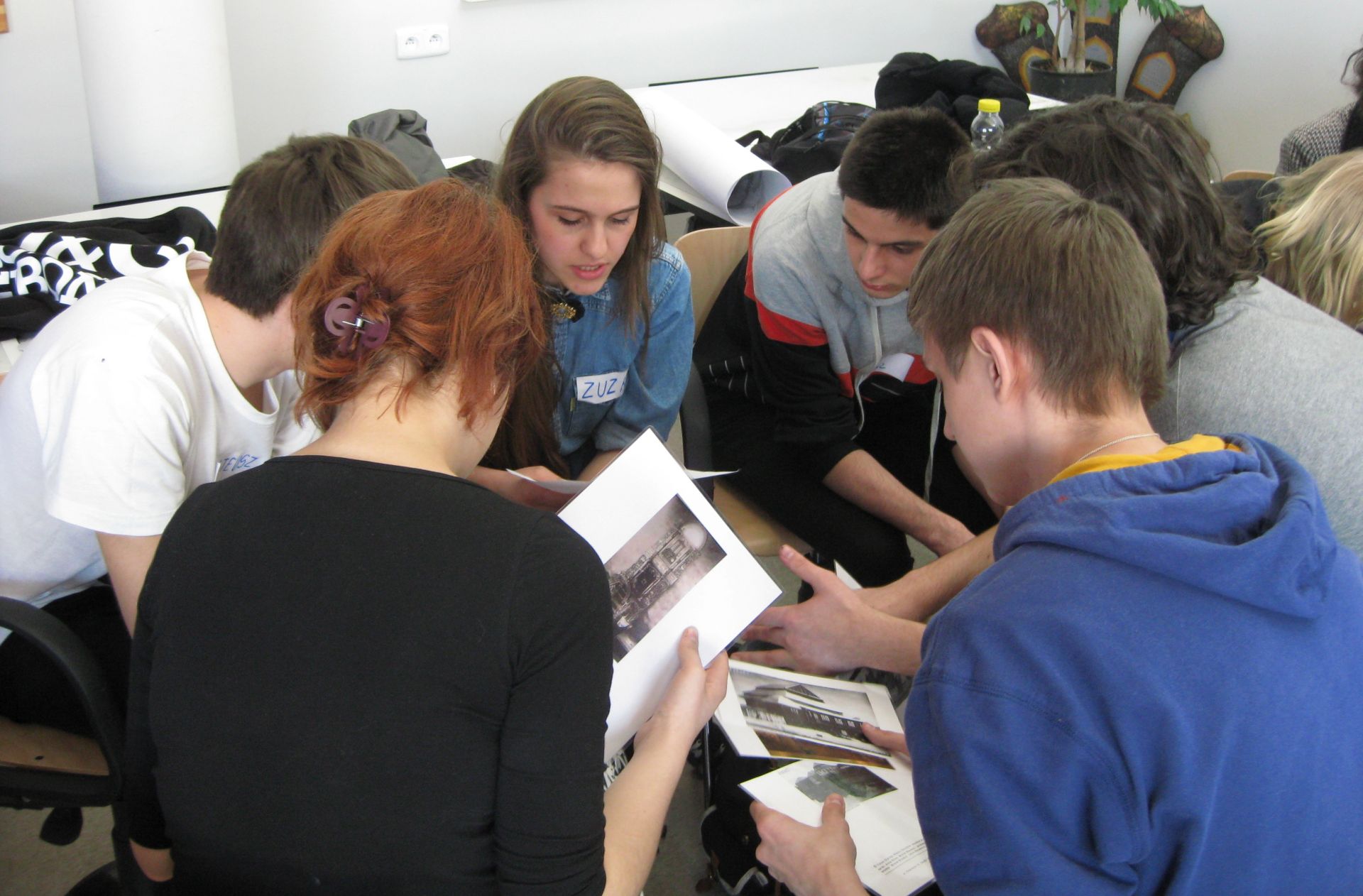 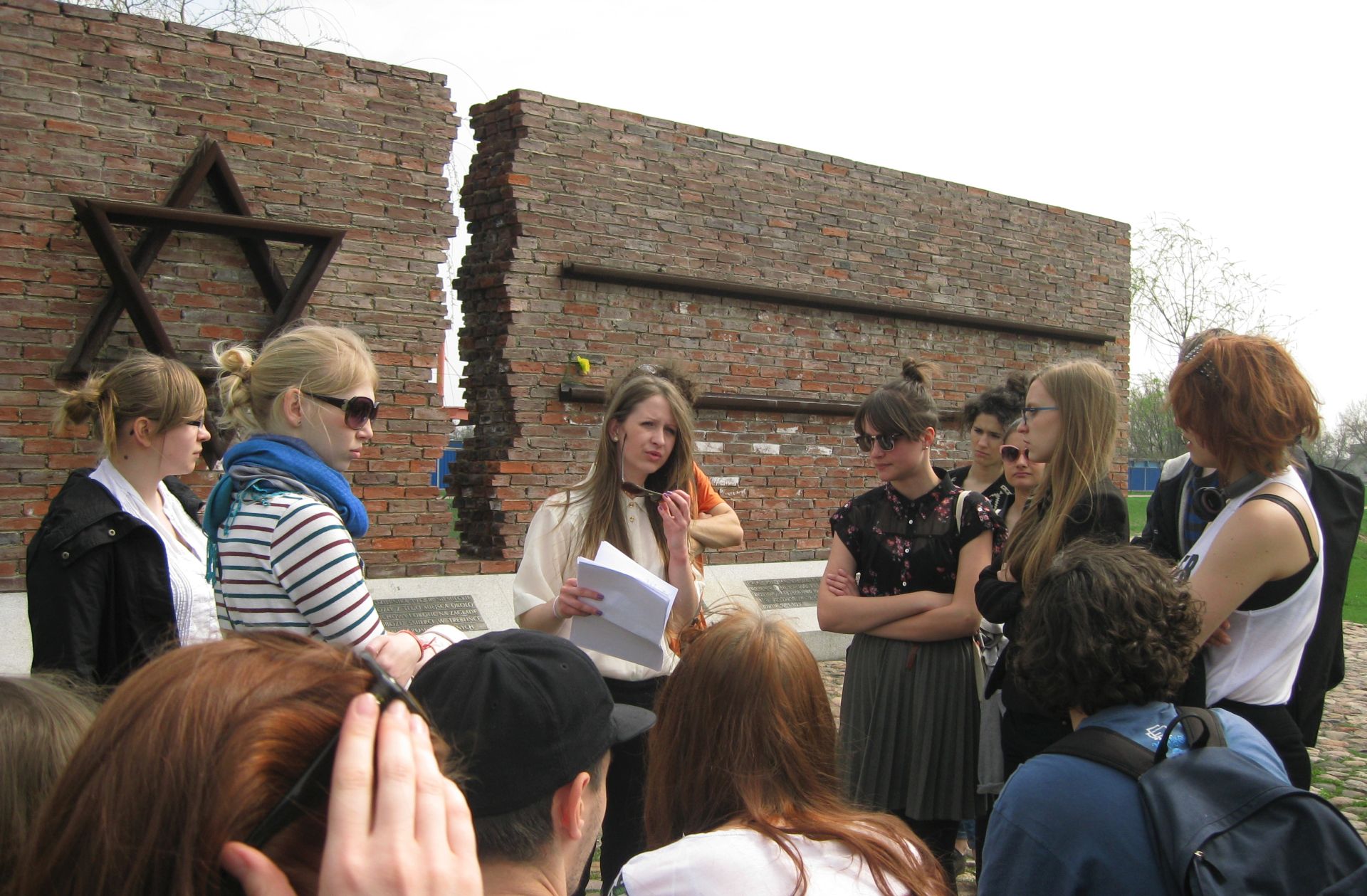 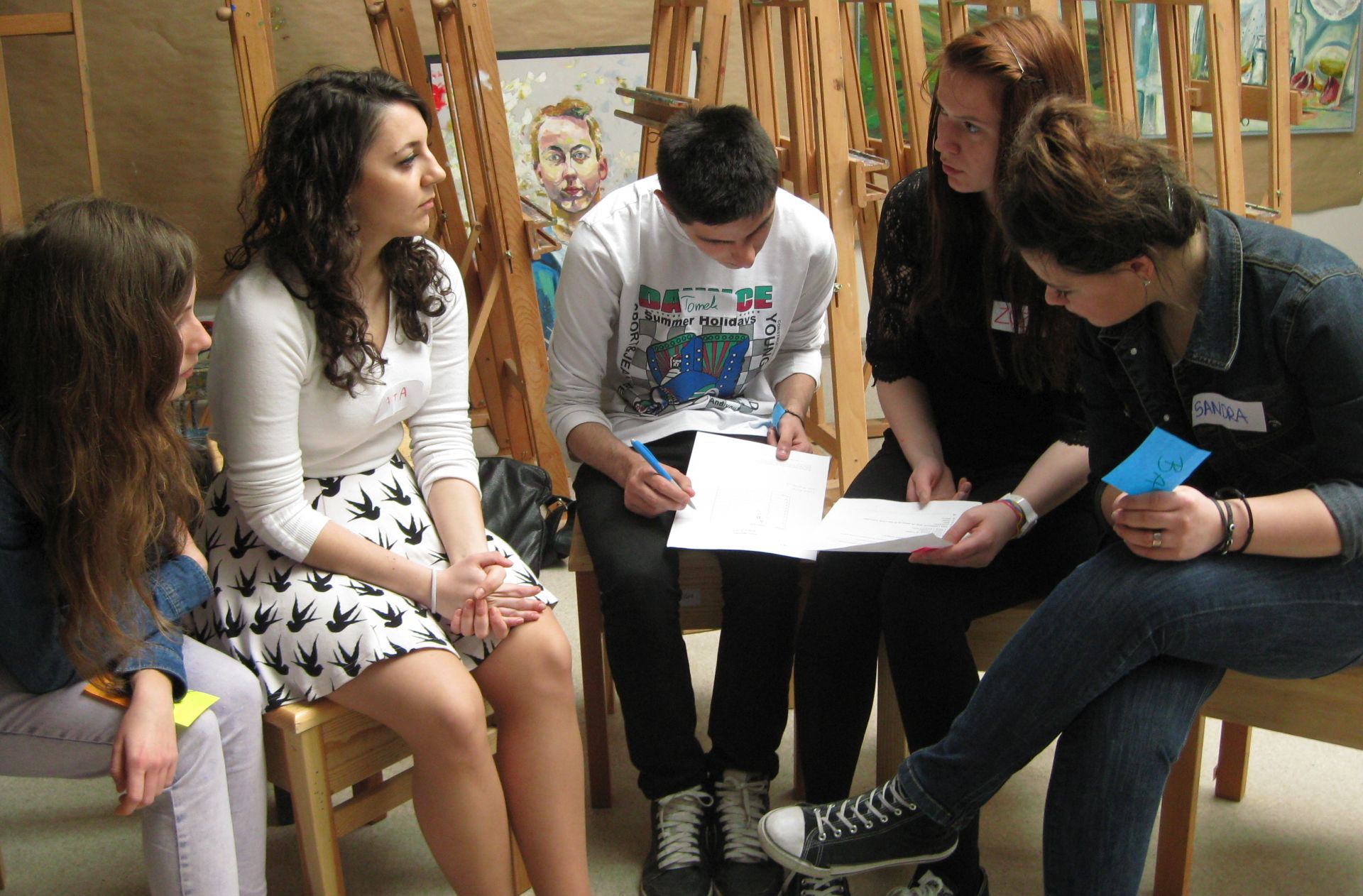 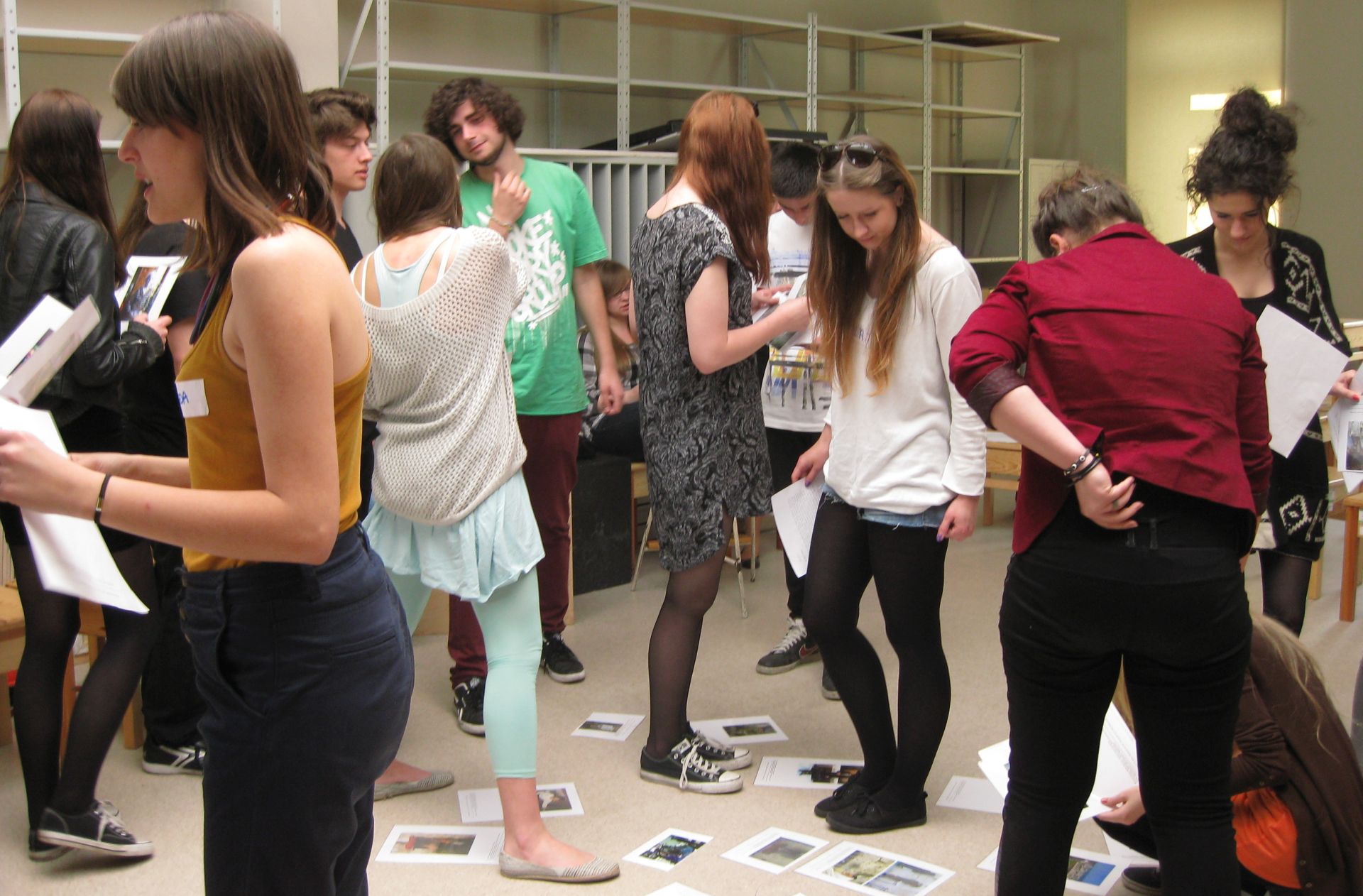 The location is now used by the Jewish Cultural Center. Rydygier Hospital funded between 1909 and 1913 by the Jewish Society “Charity” stands at Mirowska Street. Jewish Society Hachnasat Orchim (“Hospitality”) ran its dormitory at Kozia Street on the site of what is now a playground. The Jewish cemetery at Złota Street was established in 1808 and is one of the largest of its kind in Poland. Students talked about the cemetery with Mr. Wiesław Paszkowski, local expert on Jewish history who works in the regional museum. Some students had already helped Mr. Paszkowski make the cemetery’s inventory. For their School of Dialogue project, students drew up a route of Jewish Częstochowa walking tour that would include all important sites connected to Jewish culture. Students opted for a very unconventional way of documenting their work – through still-frame animation film they entitled “Following time”. Their tour began at the Jewish cemetery, where they presented burial traditions and explained tombstone art symbolism.
The tour made a stop at the ohel of tzaddik Uzaak Mayer Justman and at the monument to the Jewish ghetto victims murdered in a mass execution conducted by Germans in 1943.

The Częstochowa ghetto was created in 1941 and was liquidated one year later. In the so-called small ghetto that remained lived young Jews selected for forced labor. It was them who in 1943 attempted a final struggle against the Nazis which led to their deaths. The monument honors their memory. After the cemetery, the group headed to Old Main Square, which was heart of Częstochowa’s prewar Jewish district. The mikveh building stood at the square, with the New Synagogue at the corner of Spadek Street and Aleksandryjska Street. The synagogue used to be one of the most characteristic buildings in Częstochowa; at the very beginning of World War II, it was plundered and set on fire, which spared nothing apart from its stone walls that eroded over time. Now the site of the synagogue is occupied by the building of Częstochowa Philharmonic named after Bronisław Huberman, an outstanding violinist of Jewish origin who was born in Częstochowa.

Initially I wasn’t really interested in Jewish culture or history, but with each subsequent meeting I became more and more curious. I especially liked how involved were the people leading our sessions. It was obvious that each task and the whole scenario of the workshops were well prepared and organized.

Personally, the most interesting and important were the visits in historical sites connected to the Jewish past of the city where I go to school. Many pieces of information moved and surprised me, were things I never heard about before. This was a fascinating experience.

It is my hope that through our project more people in Częstochowa will develop an interest in Jewish culture as well as in the history of this city, which may lead to renovation of ruined and run-down buildings, but also to creation of various memorial sites. Through projects such as this one, these sites could still ‘live’.