School of Dialogue at Henryk Sienkiewicz School and Pre-School Complex

“With hard but very interesting work, we managed to discover and remind our residents of the town history and the absent Jewish community. We hope we have proved that knowledge and understanding is a key to overcome existing national barriers,” this is how the junior high students from School Complex in Dobra described their participation in the School of Dialogue program.

Indeed, there is a lapidarium where the synagogue and the old cemetery used to stand and there is a monument commemorating Jews from Dobra erected at the new cemetery, this is still not enough for the students from Dobra. Their explicit desire is to bring back the memory of those who, until the 20th century, constituted half of the town’s population, and had been living there since the 16th century. Jews began to settle in Dobra already in 1521. They kept craft workshops; they were merchants and kept inns. After the town was seized by the Germans, Jews were gathered in the ghetto in Dobra, and later moved to the ghetto in Czachulec.

From there they were transported to the Chełmno extermination camp.

When in October junior high students from Dobra met Forum for Dialogue educators at the workshops, they were not aware of the fact that Jews lived in Poland. They therefore discovered Jewish culture and religion with every workshop, and learnt about the presence of Jews in the area. One of the workshops was devoted to a meeting with Stanisław Borycki from Dobra who told them about the occupation years and about the relations between Polish/Jewish neighbors. Students also met with Antoni Buda.

When the workshops were completed, junior high students decided to collect more testimonies from history witnesses. “We keep searching for information, for example, about Henryk Glicenstein. We still want to find elderly people to interview them” – said one of the project’s participants at the end of the workshops. 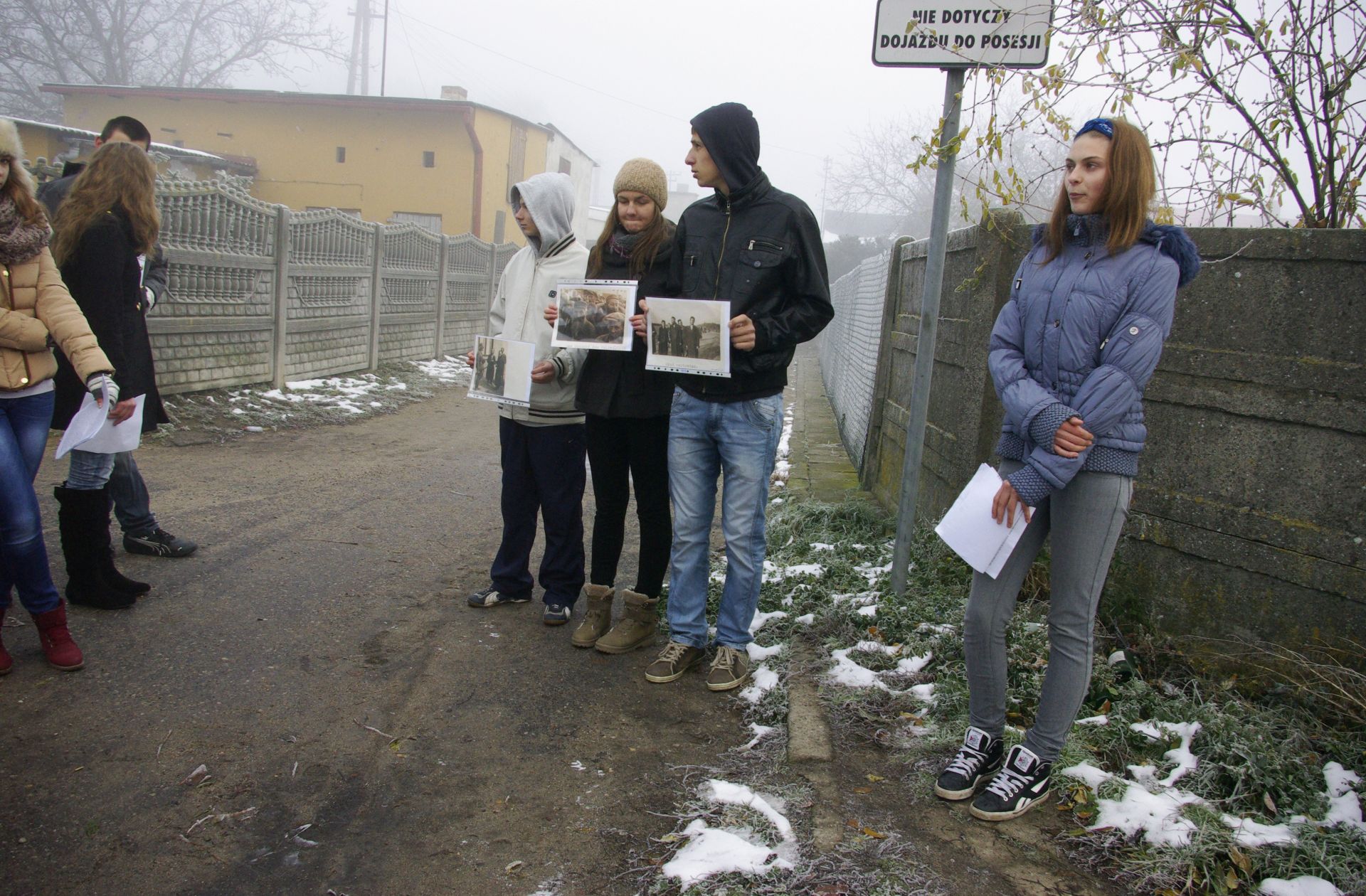 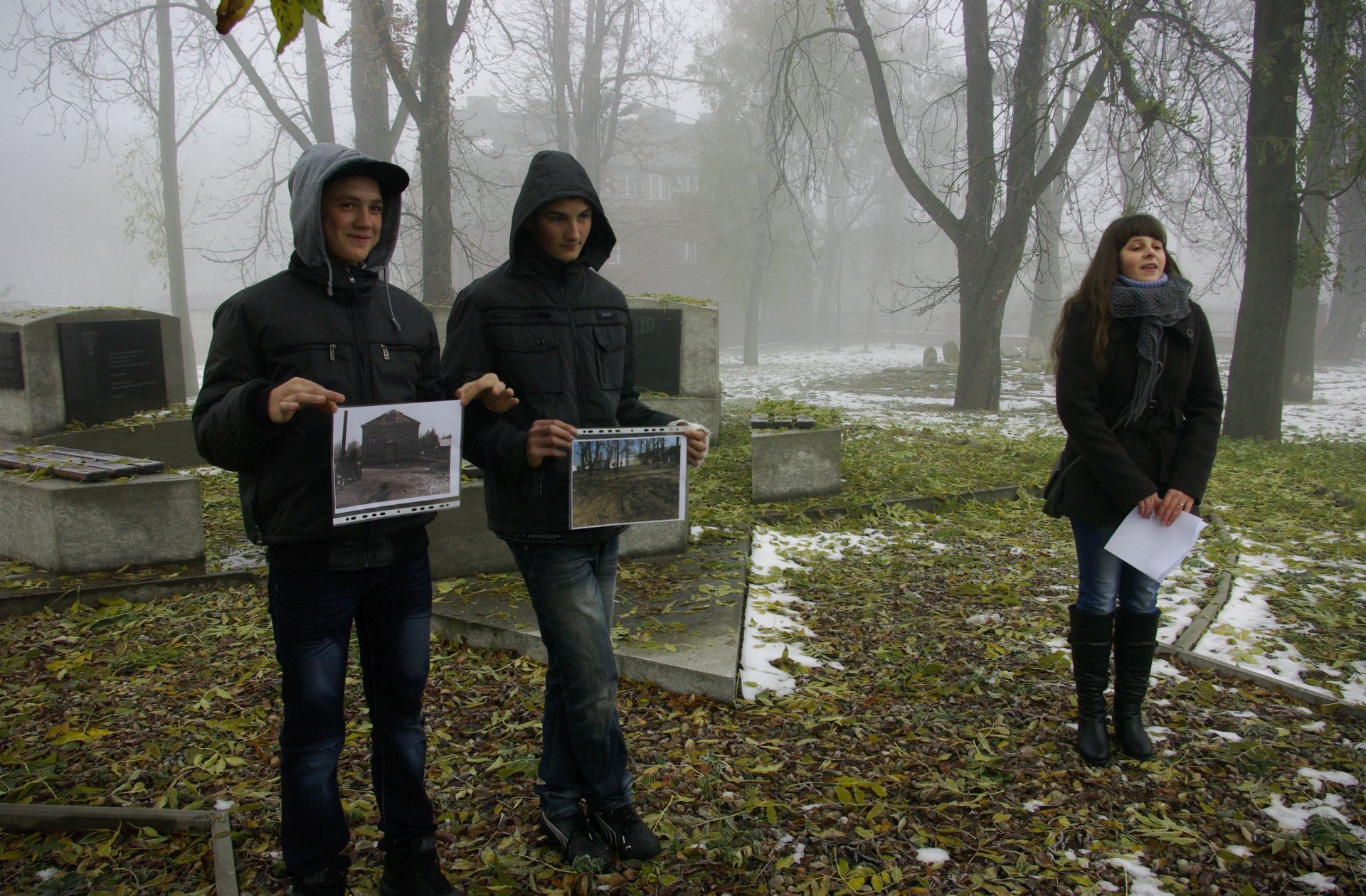 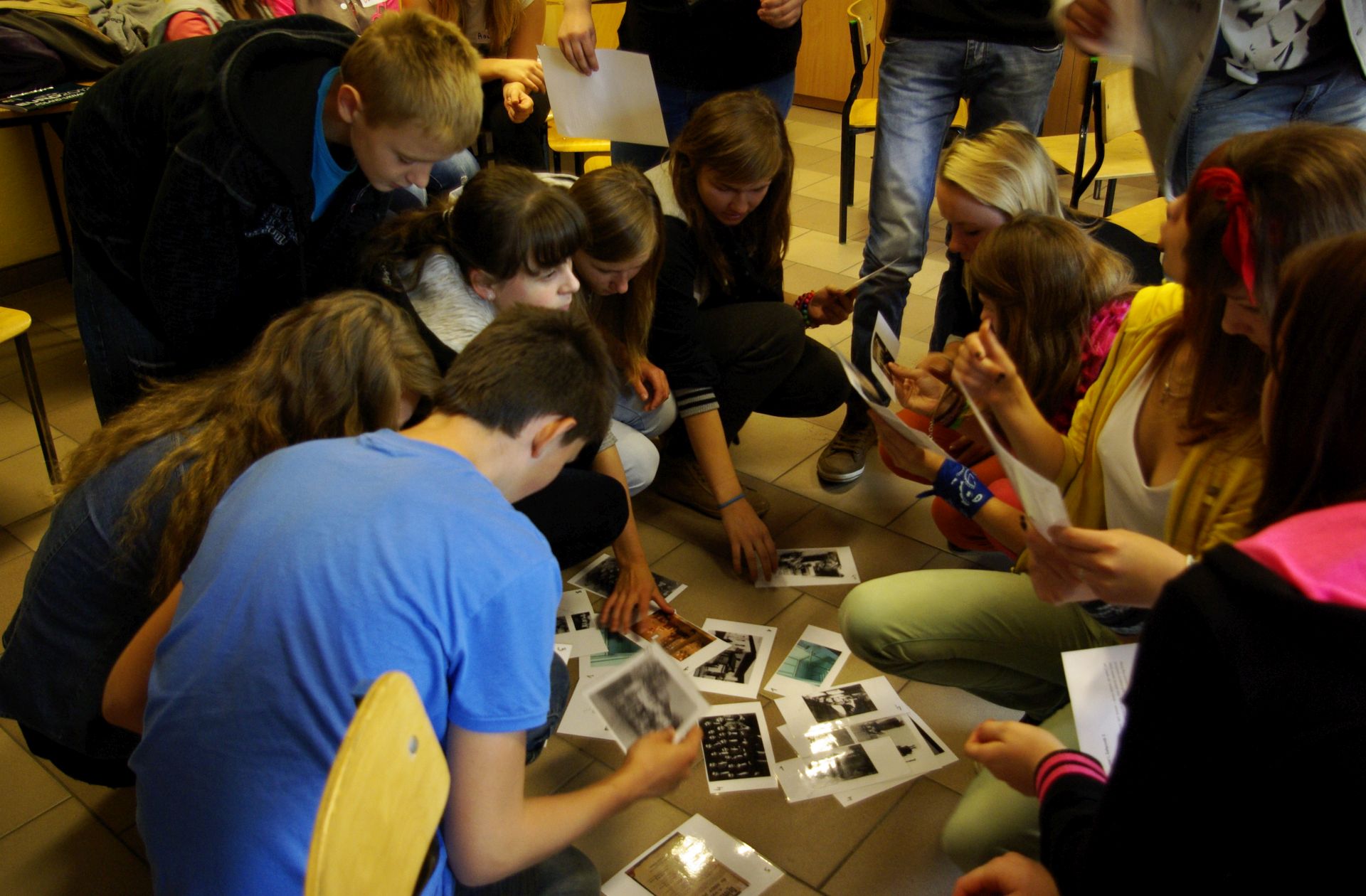 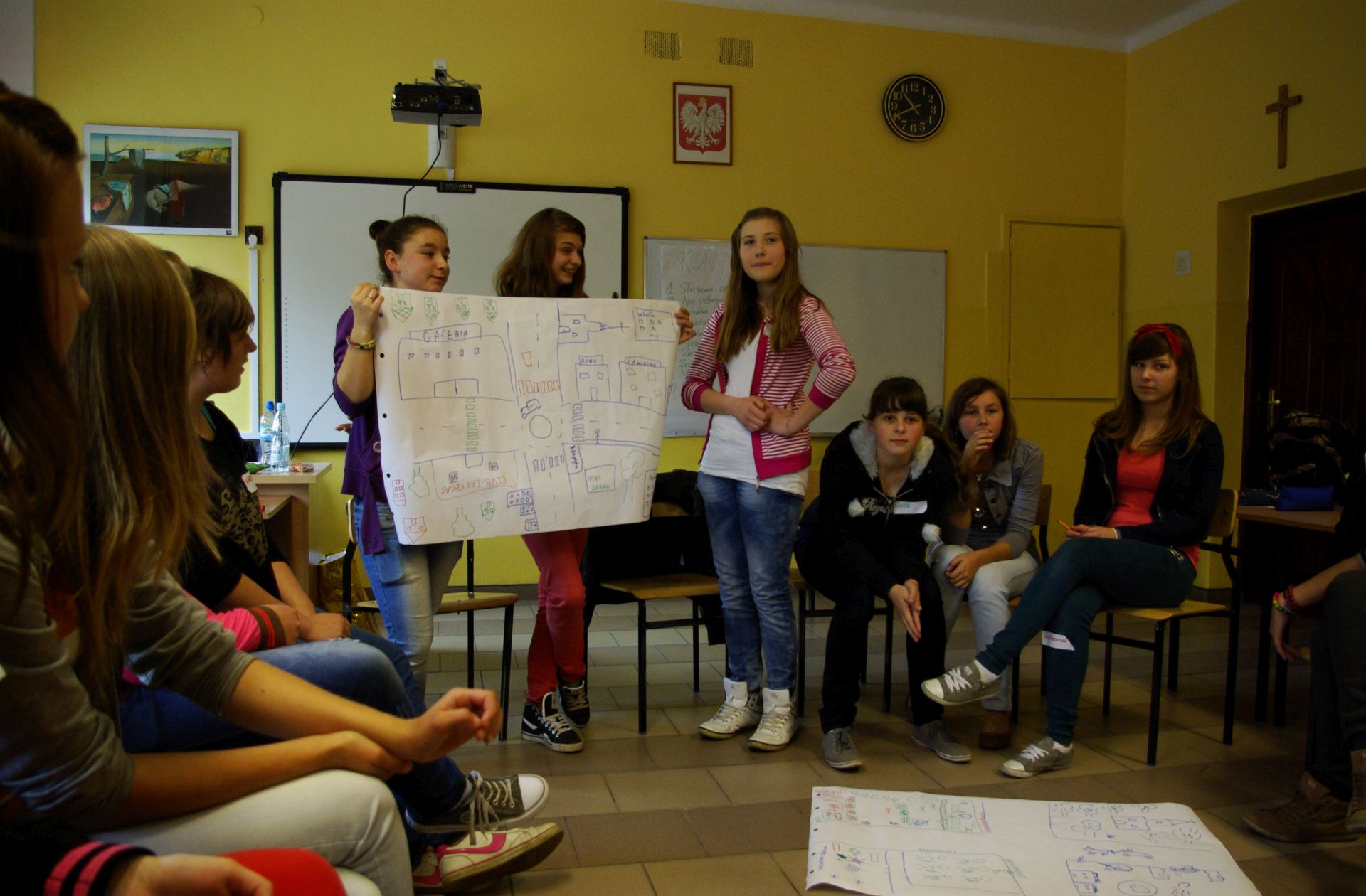 In search for information about the pre-war life in Dobra, they reviewed local press and books. Guided by curiosity, they discovered, for example, traces of a bullet on church doors where Jews were reassembled before being transported to the camp. They also found unpublished information about Jews from nearby towns who were murdered inside vans heading for the Chełmno extermination camp, or about difficult conditions in the ghetto in Czachulec.

They organized the tour following the footsteps of Jews from Dobra on November 29. They invited town residents to it, representatives of local authorities also came, as well as members of Friends of Dobra Association (Stowarzyszenie Przyjaciół Ziemi Dobrskiej), a head of the library, representatives of cultural center, school principal and teachers.

Students presented to them the wartime history of the church and indicated the limits of the ghetto in Dobra. They also told about the ghetto in Czachulec and Chełmno extermination camp. All together they walked to the place where the ruins of the synagogue were present still in the 60’s. The junior high students also talked about Henryk Glincenstein, a famous painter and sculptor whose family came from Dobra. The tour included the cemetery where the tour guides explained Jewish burial customs. At the end, all the guests were invited to the school to see the exhibition about pre-war Dobra.

Students and teachers from Dobra continue their endeavors to preserve the memory of Jews from Dobra. They keep undertaking new actions.

No one has yet taught me so much in such an interesting manner.

During the project, I mainly learnt tolerance and to have a rational attitude towards everything that is happening around me.

These workshops helped me a lot. They helped me learn about my hometown. Though I always felt deeply connected to Dobra, I knew very little about it. Now I’m much more knowledgeable I also became interested in my local history … It was a wonderful, unforgettable experience.

School of Dialogue program in Dobra was made possible by the support from EWA RADWAŃSKA.