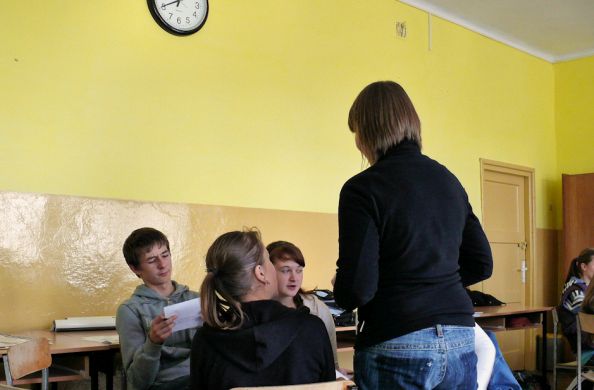 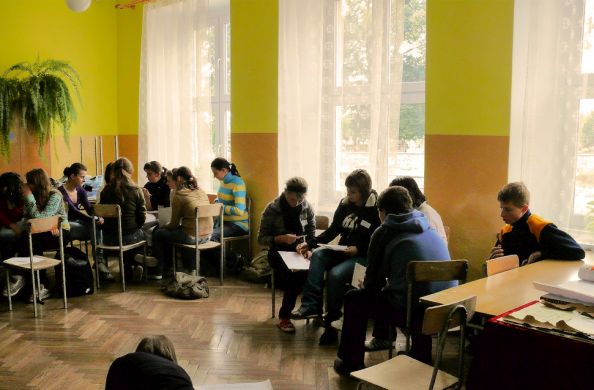 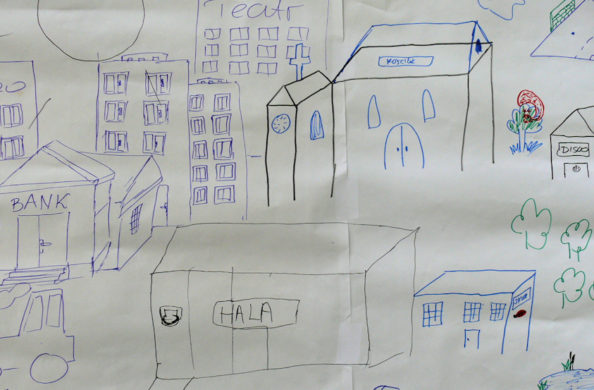 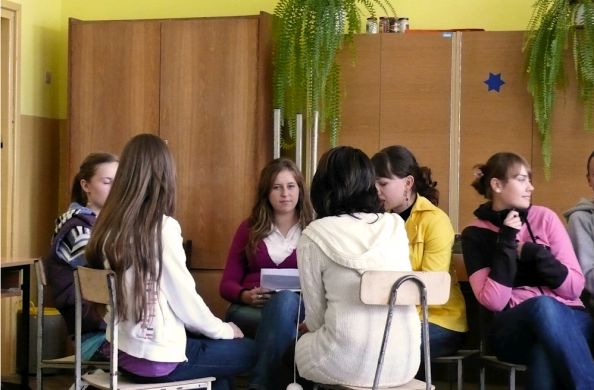 The synagogue in Działoszyce stands with no roof. It was built in 1852 when Jews constituted the majority of the town’s population. “How come majority?”, asked surprised students. The workshops organised by the School of Dialogue made them realise that their town has its own Jewish history and that there are still some material traces of it, but little is said about it. Thanks to the School of Dialogue program, memory of the Jews who once lived in the town will be to some degree restored.

In the past, the Jewish Działoszyce was extremely vivid. Jews arrived here as early as in the 16th century. The first wooden synagogue was built in 1707 and 25 years later it burnt down, so another one was erected. But that one shared the same fate. The third one, a synagogue of brick exists until today, but it is ruined. An extension to the synagogue included cheder, library, mikveh and the apartment of the rabbi. At the end of the 19th century, there were 6 tannery workshops, 3 brick yards, 2 oil plants, 2 candle factories, a gypsum mine and a tile factory in the town. Door-to-door trade in the area was entirely in the hands of Jews. They smuggled various goods from Austria, like beads, which merchants would take to as far as Siberia.

It all ended in 1942 when the Nazis gathered Jews of Działoszyce at the market square and then transported to the death camp in Bełżec. The sick, the elderly and children were shot at the Jewish cemetery in Skalbmierska Street. In 1989, a memorial dedicated to the murdered Jews was put up close to that place.

At the workshops, students from high school in Działoszyce discovered the fate of local Jews, their culture and religion. Young boys and girls showed a lot of involvement in their work. Their interest into the Jewish culture was far beyond expectations. They went beyond workshops, and put a lot of efforts in preparation of the walking tour following the footsteps of Jews from Działoszyce. They organized meetings with older citizens of Działoszyce and interviewed them. They also gathered an extensive collection of photographs and information which later they showed in the form of a multimedia presentation.

Working with the high school students from Działoszyce proved a great experience to us. These young people are open-minded and very interested in the world that surrounds them. Their involvement and gathered information also helped us to discover many interesting facts about their town, which could not be found in books or the Internet