School of Dialogue at Andrzej Strug High School No 5

The Star of David that students from Gliwice made out of candles brightly lit on that November evening. The light became a symbol, the memory of Jews from Gliwice was still vivid. The project implemented by the high school students from Gliwice under the School of Dialogue was in general rich in commemoration actions: putting stones at the cemetery, writing names of the Holocaust victims on matzevot made of paper, planting crocuses to honor the memory of the Holocaust victims, a paper “monument” with the hand-written data of Jews from Gliwice transported to Auschwitz… But before that, students had to challenge their lack of knowledge, prejudice, indifference. “When I began the workshops, my knowledge about Jews and Jewish culture was inexistent.Today, I feel an expert on the subject” – said one of the School of Dialogue program participant.

During the workshops with the Forum for Dialogue educators, high school students completed and improved their knowledge with new definitions and issues. They were particularly interested in the Holocaust and the personal stories of the pre-war neighbors.

Jews had lived near Gliwice since the Middle Ages, but because the de non tolerandis Judaeis was granted in 1587, they became equal citizens of the Kingdom of Prussia only 250 years later, i.e. in 1808, on the basis of the so-called “Emancipation Edict”. They soon built a synagogue, a Jewish school and a cemetery, and in 1858 they already constituted 1/5 of the town’s population. A year later another synagogue was built and in the place of the old one, the Jewish home for the elderly was erected. After the Great War, due to the rebirth of the Polish state, many Jews emigrated to the West of Germany. After Hitler gained power, the rights of Jewish people were gradually limited. In November 1938, the Nazis burnt down the synagogue and demolished all Jewish shops. In 1939, only 902 Jews lived in the town, constituting 0.8% of the town’s population. In May 1942, the Germans began deportations of Jews from Gliwice to Auschwitz-Birkenau. The last Jews were transported in February 1943. During the World War II, the majority of the Jewish-owned buildings were devastated, but a few private houses, the Jewish house for the elderly, the funeral house, the Caro Villa and two Jewish cemeteries were preserved. 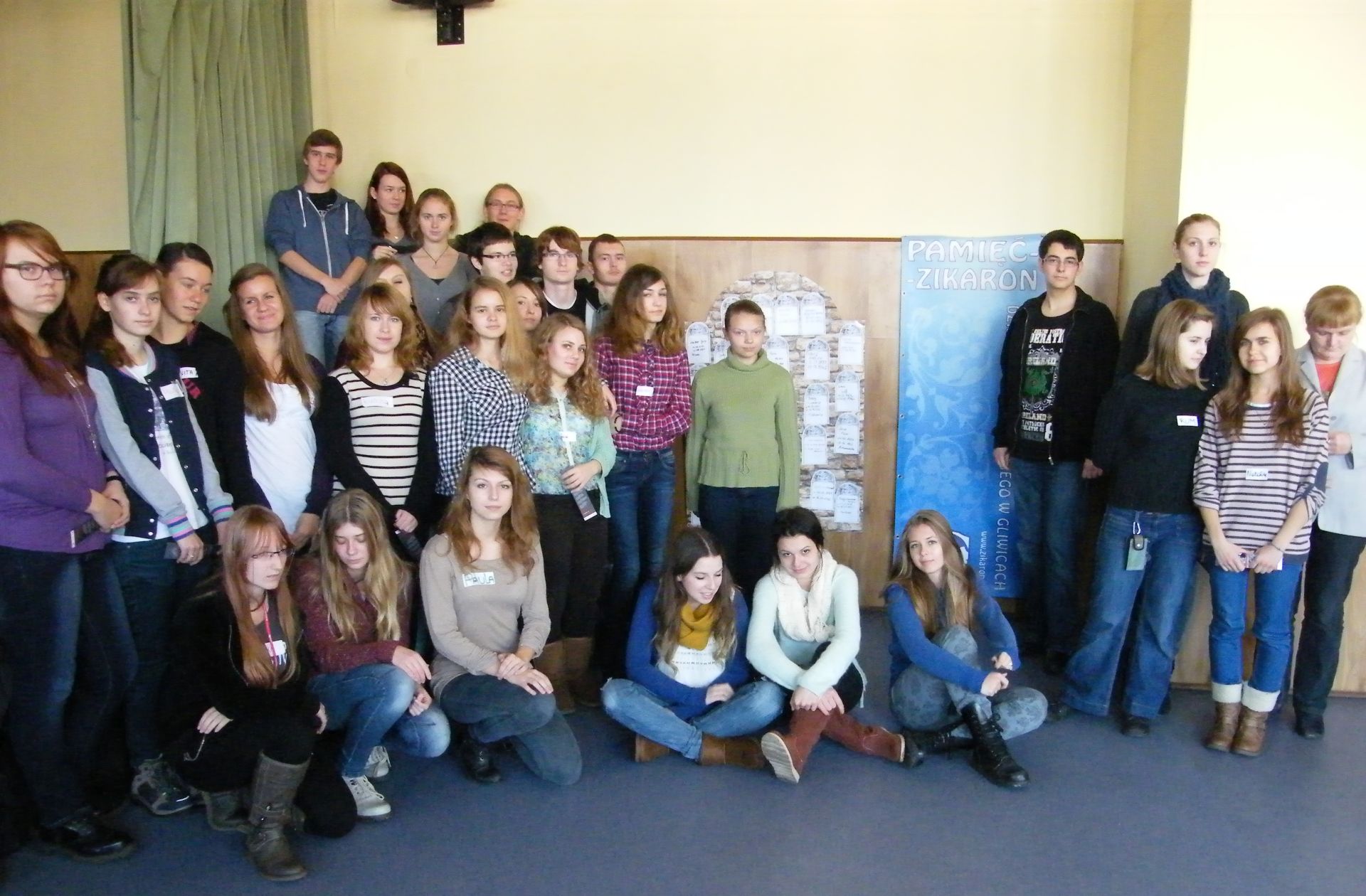 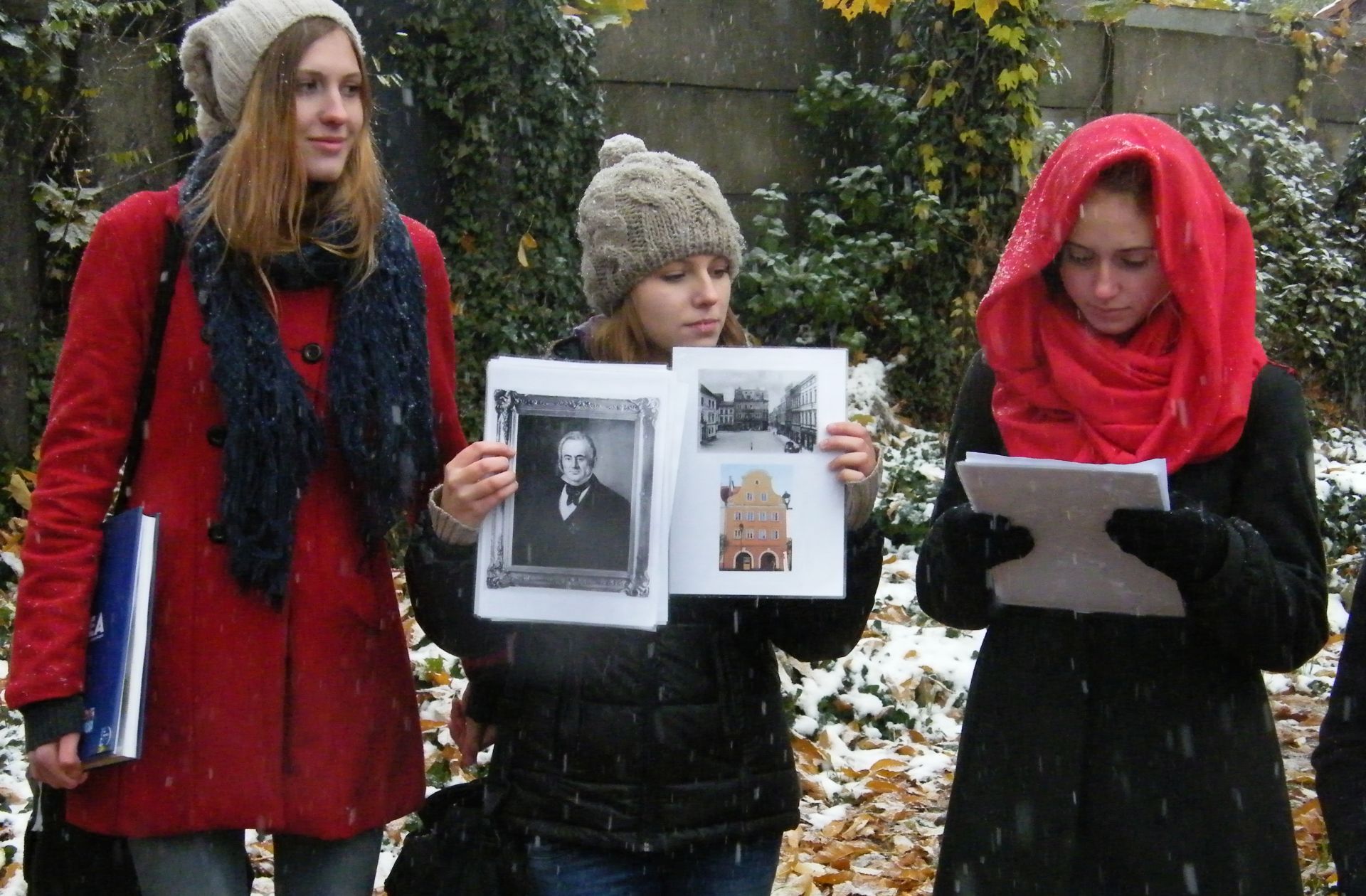 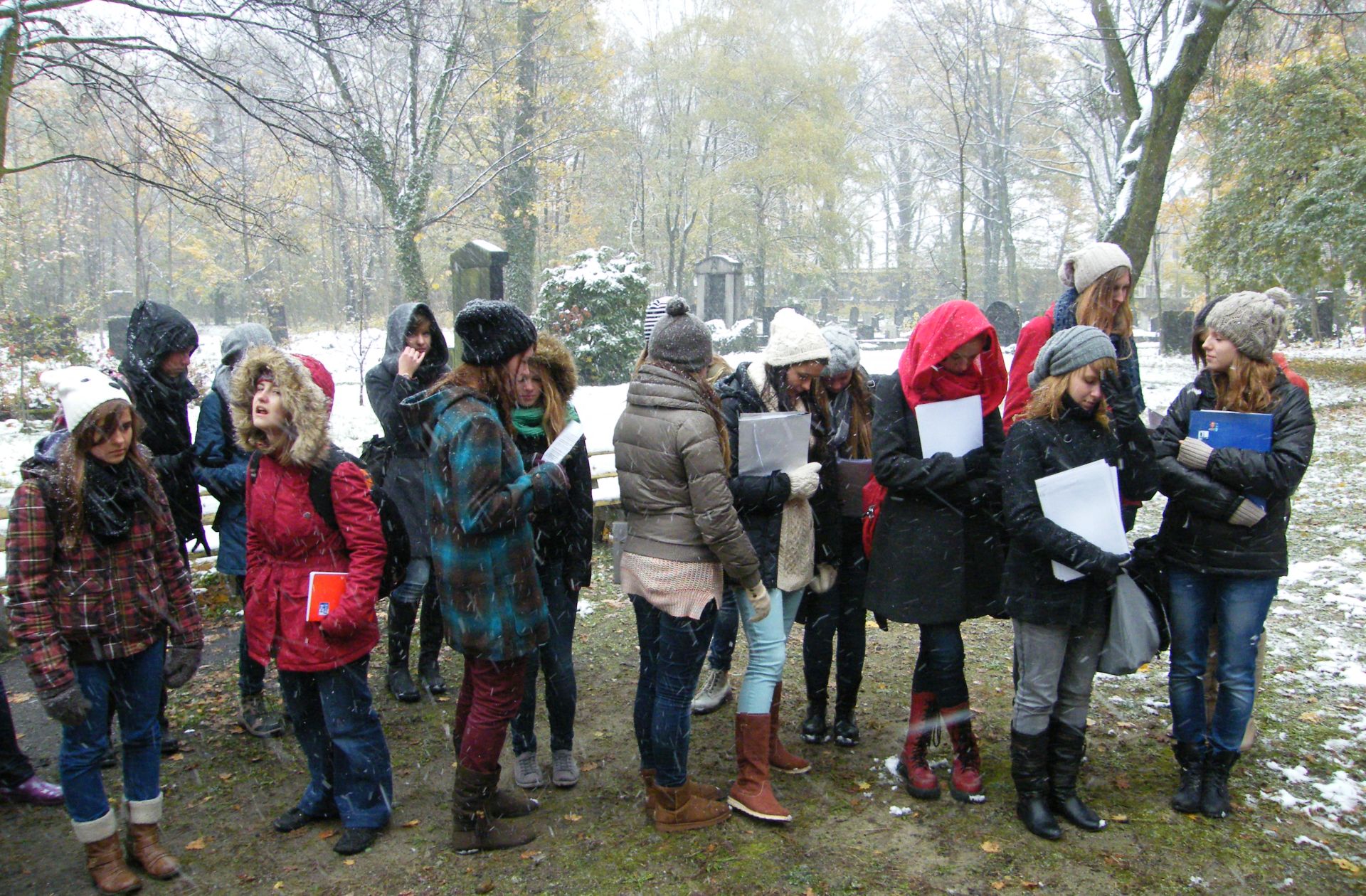 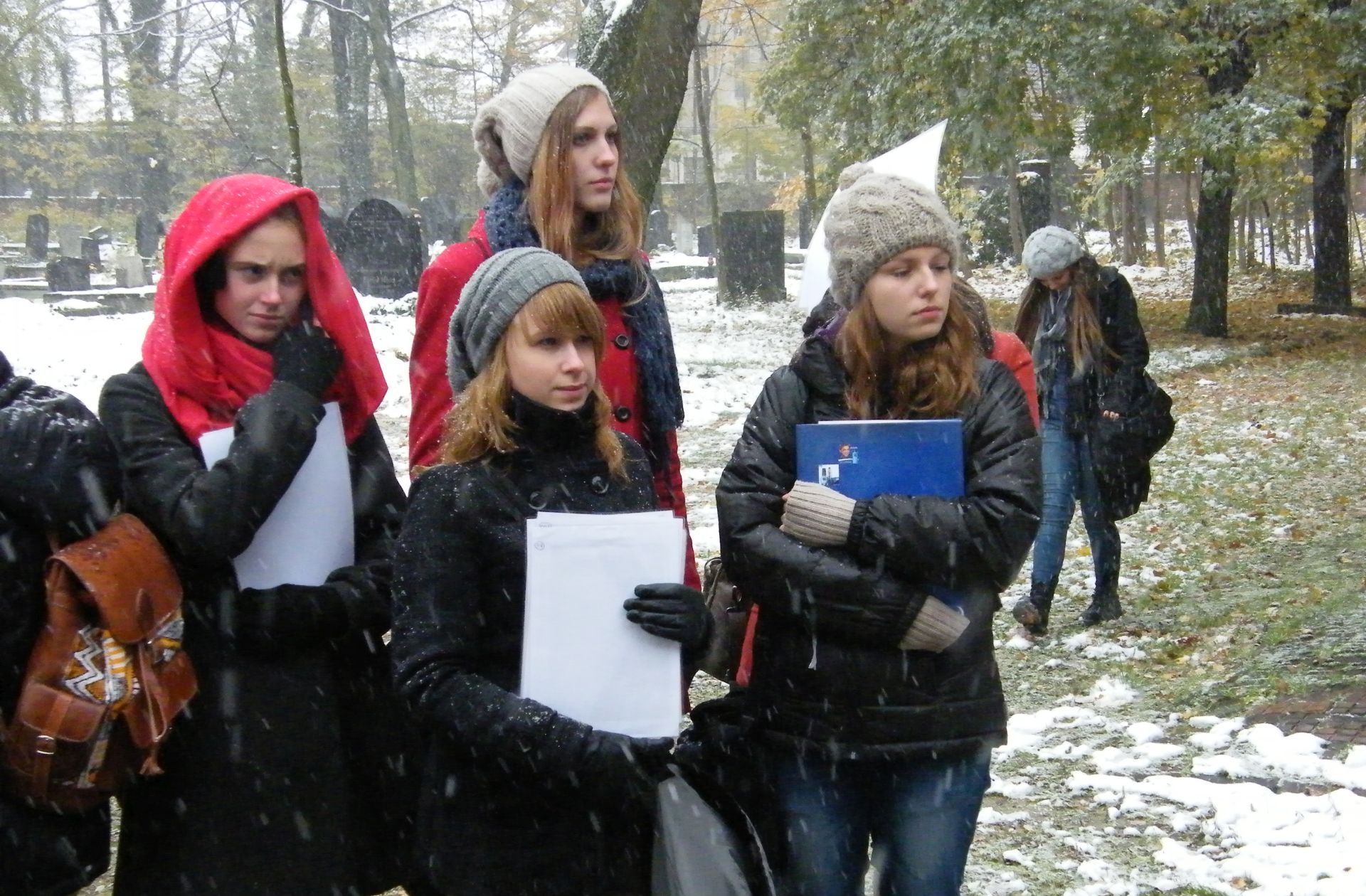 During the third workshop, despite the first blizzard of the winter, students discovered remnants of Jewish life in Gliwice. And, during the last workshop, young people met Ms Bożena Kubit, President of the Association for Jewish Heritage in Gliwice “Pamięć – Zikaron”, who told them about the activity of the Museum of the Gliwice Region and the Zikaron Association, and presented the history of Jews from Gliwice, referring to the history of the Ritter Family.

The walking tour “Following the Footsteps of Jews from Gliwice” was organized by the students on a symbolic day, i.e. on the 74th anniversary of the Crystal Night. The students invited their parents, grandparents and the school principal to the event. They all gathered at the cemetery in Poniatowskiego Street.

The tour covered a few topics which were presented within the cemetery area: the history of Jews from Gliwice, the highly recognized Jewish families (e.g. the Troplowitz Family and the Huldschinski Family), the Holocaust, the symbols on matzevot and the funeral house. During the tour, students used numerous photographs, pictures and other historic sources. The tour participants also commemorated Gliwice residents who were transported to Auschwitz. Each guest got a card to write a name of one deported person, which together created a distinctive monument. At the cemetery gate, students made a symbolic Star of David out of candles and put stones on matzevot. Students, encouraged by the success of their walking tour, have committed themselves to guide anyone willing to participate in a tour, on each third Sunday of the month during shifts of the members of the “Pamięć-Zikaron” Association.

I learned a lot of interesting things. I familiarized myself with Jewish culture and rediscovered Gliwice from the perspective of Jews who lived in Glivice before the war

When I began the workshops, my knowledge about Jews and Jewish culture was inexistent. Today, I feel an expert on the subject.

I’ve greatly broadened my knowledge of Jews and their culture. The workshops were conducted in an interesting way and used various techniques to engage us with the topic. The teamwork fostered the sense of community between the students. I want to share what I’ve learned with my friends, who are interested in the topic.

School of Dialogue program in Gliwice was made possible by the support from ARTURO C. PORZECANSKI.