School of Dialogue at Anna Wazówna School Complex No.1

Back in the times when Golub-Dobrzyń was still two separate towns, local residents included members of the Jewish community as early as the 17th century. Both Kehillas, in Golub and in Dobrzyń, had their own synagogues, cemeteries, a number of schools, institutions and active political organizations. However, it was Dobrzyń that before the outbreak of World War II was the heart of local Jewish life – in 1939, half of the town’s population was Jewish. Conversations between Ger Hassidim, fervent Zionists affiliated in parties and scouting organizations, Jewish pharmacists, teachers, merchants and craftsmen filled the streets. Today, they are all commemorated by a symbolic mound created from the foundations of Dobrzyń’s synagogue next to the monument honoring Golub and Dobrzyń Jews at Piłsudskiego Street.

At the outset of School of Dialogue program, third-year junior high school students from Anna Wazówna School Complex No.1 had no idea about their town’s Jewish past. They took very active part in the workshops, in the course of which they prepared a first version of a walking tour presenting former Jewish sites in the area. Sessions with Forum for Dialogue educators also included a meeting with history teacher and regional historian Edward Bartkowski, who told students more about Golub’s and Dobrzyń’s Jewish past. After the workshops, students participated in a meeting with Ms.Barbara Hertz, descendant of a Jewish family from Golub that had emigrated to the United States in late 19th century. 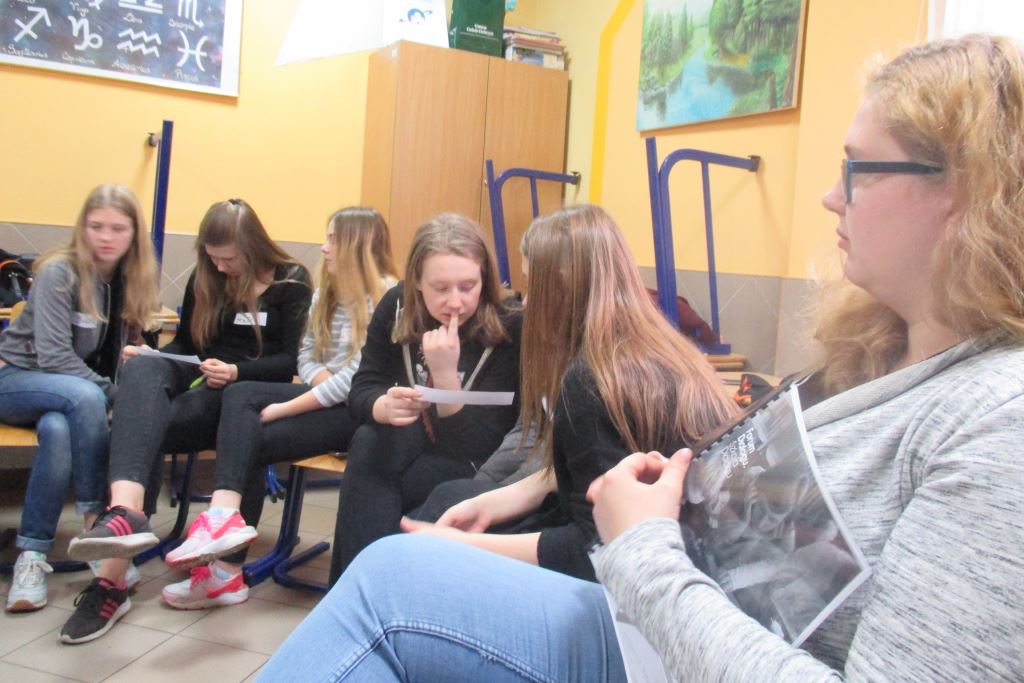 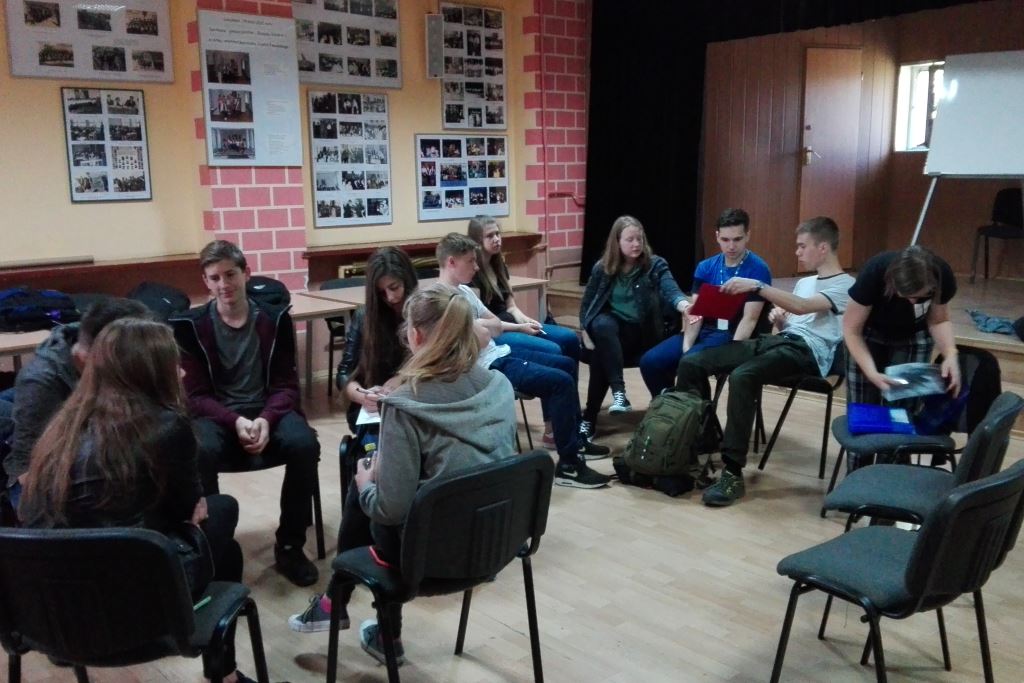 Conversations with their own grandparents proved to be invaluable sources of information for the students. Thanks to personal memories of their town’s senior citizens, they were able to not only to perceive the richness of prewar Jewish life, but also to make it even more tangible through numerous anecdotes. Students were able to track down the layout od Golub’s wooden 1920s synagogue building at ul.Zamkowa, interior photos of Dobrzyń’s wooden synagogue as well as maps of Jewish Dobrzyń hand-drawn after the war by one of the town’s Holocaust survivors.

For the final version of their walking tour, School of Dialogue participants invited other students from their school who declared interest in history. The tour began at ul.Zamkowa, where Golub’s synagogue once stood. Visited sites also included a hotel on the main square, once a prewar Jewish department store, ruins of the synagogue in Dobrzyń, site of a Jewish cemetery now used as location for a residential complex and streets of the former Jewish district, where the group talked about a prewar Jewish movie theater, among other topics.

What made the discussion even more interesting was the cinema’s screening schedule, which the students managed to track down and which in its time had caused a lot of controversies among local residents.

The walk ended by the monument commemorating the murdered Jews of Golub-Dobrzyń. Each tour participant received a map with a list of sites connected to local Jewish history of both towns. What proved most important for the youth involved in the project was learning about a culture new to them and discovering an unknown page from the history of their homeland. Additionally, as organizers of the walking tour they had a sense of contributing to it in an active way rather than just learning about it passively. “History became tangible to me” – wrote Bartek, School of Dialogue participant from Golub-Dobrzyń.

After the first day I spent the whole evening with my parents telling them about all the Jewish trivia [I had learned about].

Initially my attitude, probably like everyone else’s, was that at least we don’t have to go to class. Now I see how much this experience has given me.

We were introduced to Jewish culture and will now try to learn more. We will be happy to learn the Hebrew alphabet.