In 1921 there were 2108 Jewish inhabitants in Izbica Kujawska, who accounted for 43 percent of the local population. Jews ran their own shops, bakeries, workshops and medical practices. A Jewish library ran a theater club. Jewish sports clubs, political parties, youth Zionist organizations and an orchestra all existed in the town. Although coexistence of different cultures was not always easy, Christians and Jews tried to live and work together. After World War II, multiculturalism in Izbica disappeared with the local Jews.

And it was Jewish culture, traditions and religion that Forum for Dialogue educators wanted to talk about with junior high school students from Izbica Kujawska. To share a slightly different perspective on the town’s history. To make young people curious about the multicultural everyday life in Izbica Kujawska. Despite their young age, participants of School of Dialogue program impressed educators with their knowledge and interest in the topic. They bombarded Forum’s educators with questions about what prewar Izbica was like, about hiding Jews during World War II and the fate of the local Jews.

They wanted to learn more about Judaism. They all agreed that lack of diversity in contemporary Polish society leads to lack to tolerance. Junior high school students wanted to change this state of things, at least locally, in Izbica. So they became very involved in organizing a walking tour that was to be their final project for the School of Dialogue program.  They found lots of interesting information – they learned where one of the local Jews had hidden, who was a shames and what was the local kantor’s name. For the project, students also created a presentation about Izbica’s Jews and prepared “Izbica’s News Service from the 1930s”.

They also managed to collect some of the town’s prewar photographs and organize Jewish music and a Jewish meal – they baked the challah bread they served as a snack themselves. All this was presented to an audience of their school’s teachers and students’ parents. 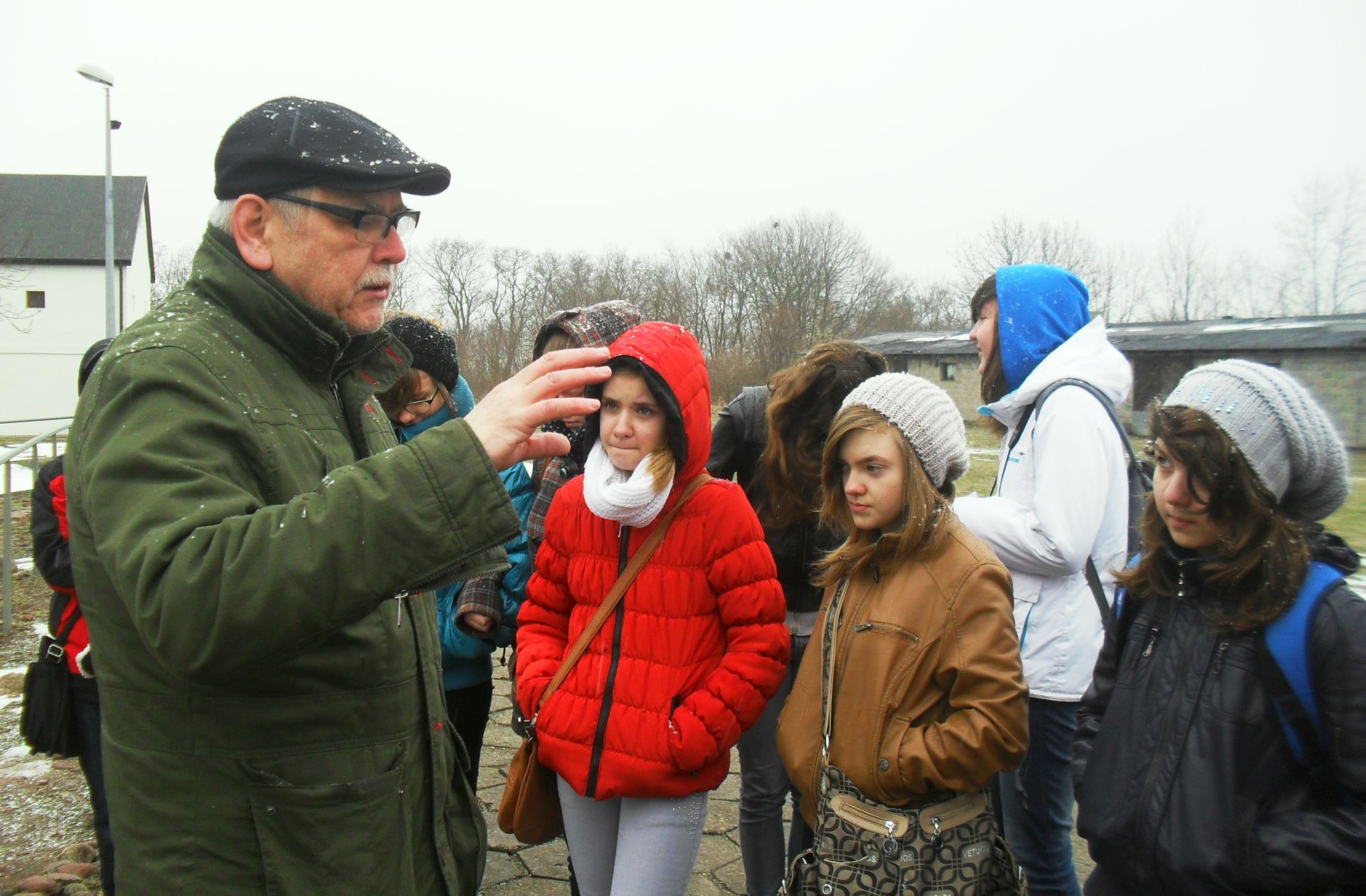 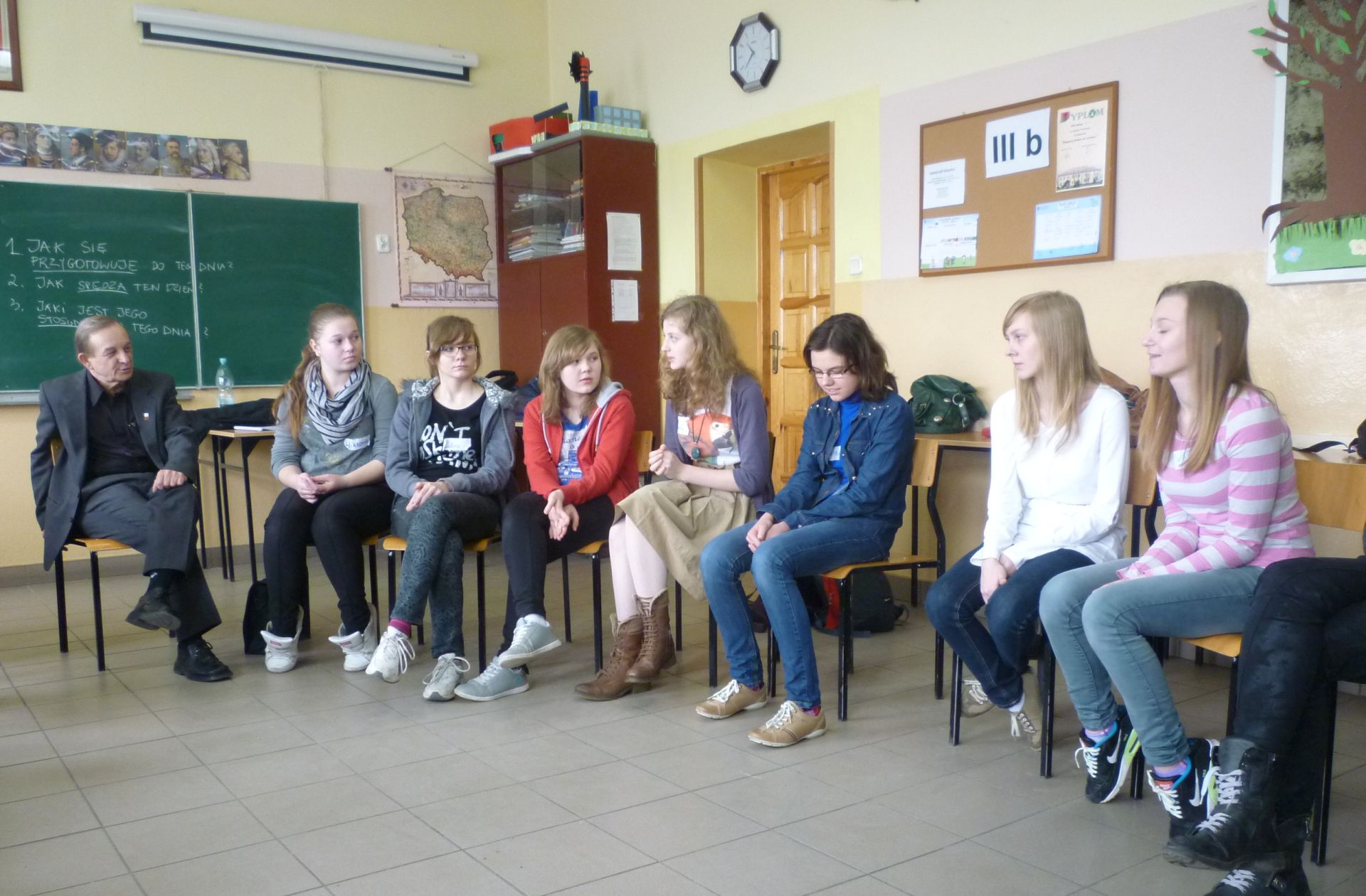 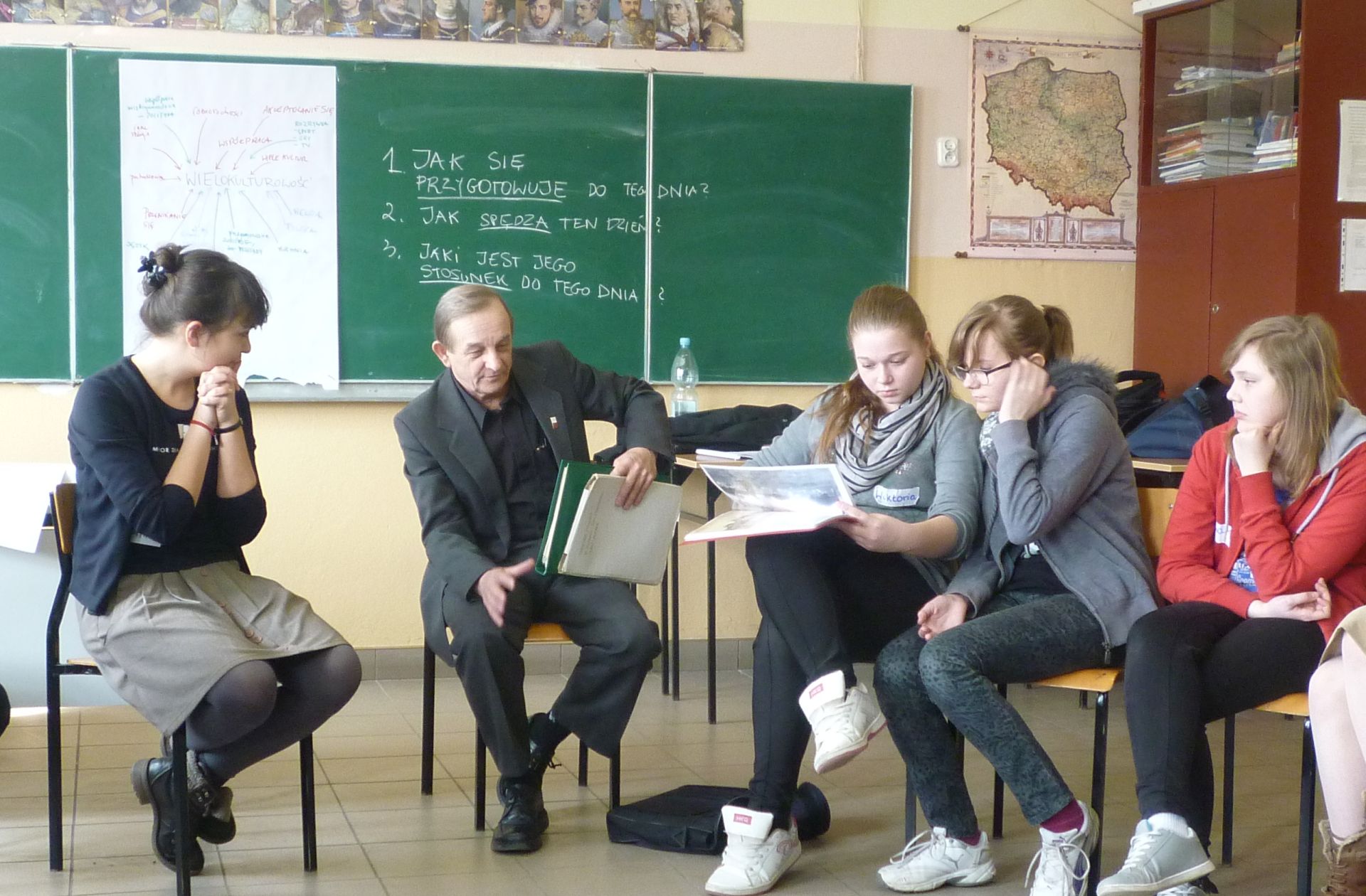 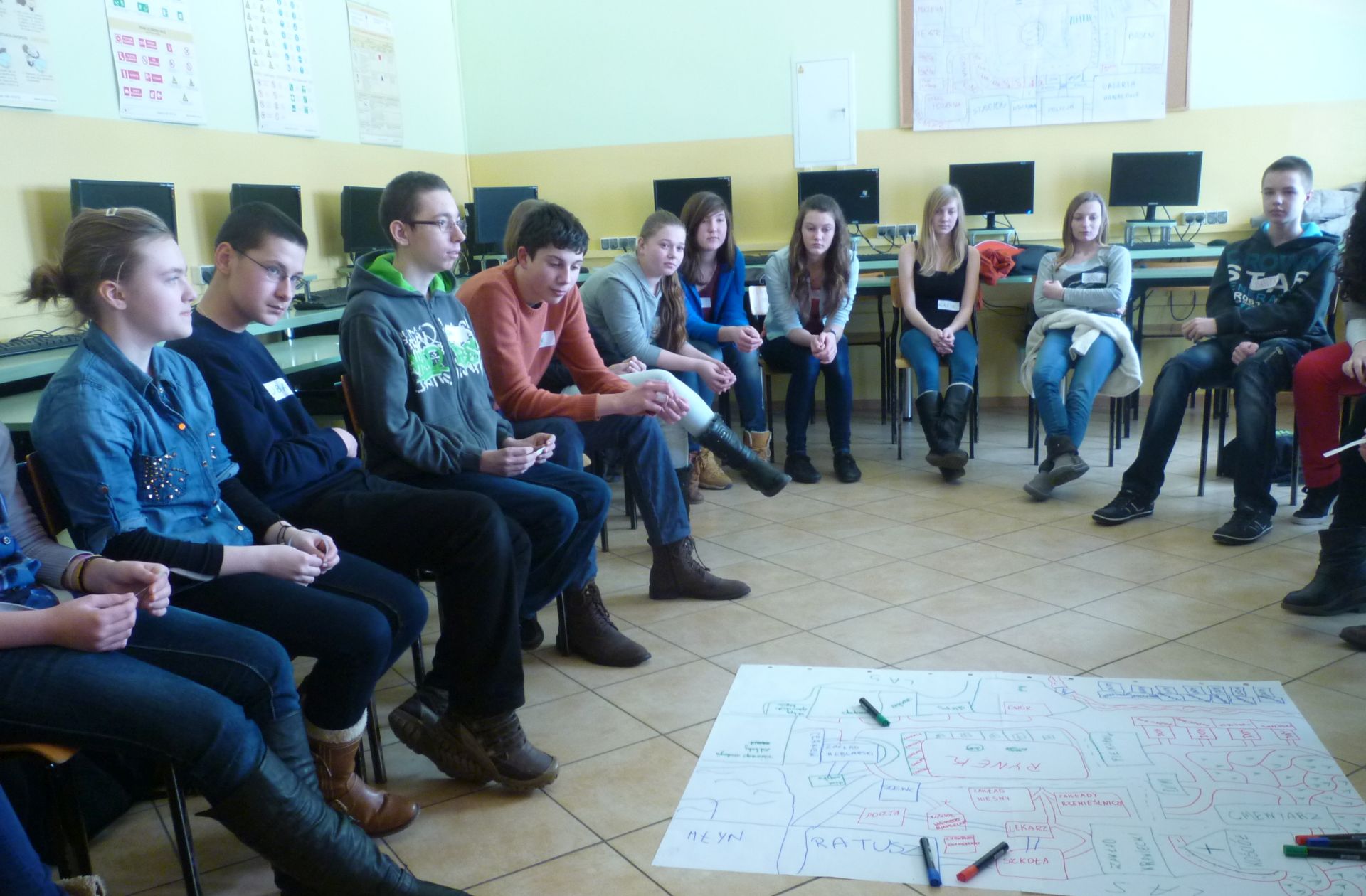 Two weeks later, a group of students from their school was invited to join the walking tour through multicultural Izbica with a focus on the local Jewish history. Participants were thus guided around Jewish sites in the town. The history presented by the students was full of information about particular individuals, such as rabbi Szlame Grudziński, who was forced to commit suicide by Germans in 1939 by jumping off the roof of the synagogue.

Before this tragic event, Germans had burnt all the holy books. Students talked about the residents of Izbica’s ghetto that was created in 1941 around Garbarska street and became home to around 1000 people who were resettled there. The ghetto was liquidated between January 14 and 15, 1942 – Jews from Izbica were transported to Kulmhof extermination camp. Students talked about Jakub Grojnowski (Szlama Ber Winer), who was able to escape from the camp and upon reaching the Warsaw ghetto was the first to give a shocking testimony about genocide committed in the Nazi camps. Grojnowski later died in Bełżec.

All tour participants also visited the local Jewish cemetery. But the students did not forget about the historic yet dilapidated building of the protestant church and the wooden burial chapel of the local Catholic church; in the latteer, local Jewish families would be imprisoned by Germans and a few days later deported to the extermination camp. Students also visited the protestant cemetery in an attempt to present their town’s multiculturalism in the course of the tour.

Junior high school students also had loads of ideas for other projects related to Jews in Izbica: a visit to Kulmhof an Nehr extermination camp, conducting interviews with the town’s senior residents, organizing an exhibition presenting “Judaica” in the local museum. Some of the students represented the school in a Memorial March in Kulmhof camp.

One of the participants wrote also a poem:

I was walking through the middle of the hall
— full of souls.

First without paying any attention
Suddenly I stopped in the middle of the street.
Someone said – look!

I looked around; a different temple stood on each side
a sign of a different culture, Izbica’s birthmark.

I started to run
An ocean of faces, ones blurred, has taken on color
I immerse myself in it with more and more enthusiasm
More and more I was discovering my own past
my Self
Before I realized I saw that it is the end…
… No!
this is not the end

I was most interested in the topic of religion  (…) It is fascinating, but at the same time difficult. (…) Thanks to these workshops life attitudes towards Jews change for the better. We incorporate their history, which is also relevant to us, into our lives.

School of Dialogue workshops opened up a path for further activity. They helped me better understand Jewish religious and everyday life. I liked everything about the workshops. Everyone respected each other’s opinions. The best part is that we created a blog and a walking tour will stay and will not be lost. This makes me very happy.