The walking tour through Jewish Jarosław organized by local high school students was preceded with ample research. In their quest for information and guidance, students met with Mr. Zbigniew Józef Tobasiewicz, guardian of The Centre of History of Polish Jews in Dynów who told them a little about the city’s Jewish history..

Jews began to settle in Jarosław, today a town of 40 thousand residents located on the river San in Subcarpathia, from the second half of the 15th century. First mention of Jews in Jarosław comes from 1464. By 1563, Jarosław was home to 13 Jewish families; in 1640, the first synagogue was erected in the town. Famous fairs, held in Jarosław each August, attracted Jewish merchants from all over the Polish-Lithuanian Commonwealth. Jews, yeshiva rectors and representatives of the largest Jewish Kahals, would come to Jarosław for September sessions of the Council of Four Lands, or the so-called Jewish Parliament. The local Jews were merchants, money-lenders, inn-keepers, toll-collectors and millers. They were also doctors and artisans.

At the end of the 18th century, the local Kahal ran a shelter for the poor and a Hevra Kaddisha. In the Subcarpathian area, Jarosław’s Jewish community was second only to that of Przemyśl. According to data from the 1921 census, Jarosław was home to 6577 Jews, who comprised almost 35% of its population. Most shops and markets were Jewish-owned. Jewish Farming Association’s Farmer’s Club, United Jewish Artisan Guild, Yad Charuzim Jewish Handicrafstmen Association, “Tarbut” Jewish Educational and Cultural Association and Health Protection Society all functioned in Jarosław, alongside credit cooperatives, political parties and Zionist organizations.

In September 1939, Germans deported around 10000 Jews from Jarosław and the surrounding area beyond the San river, to the Soviet part of occupied Poland. Deportations lasted 6 days and were finished before the month was over. Those who had not been deported were sent to Bełżec extermination camp in 1942. 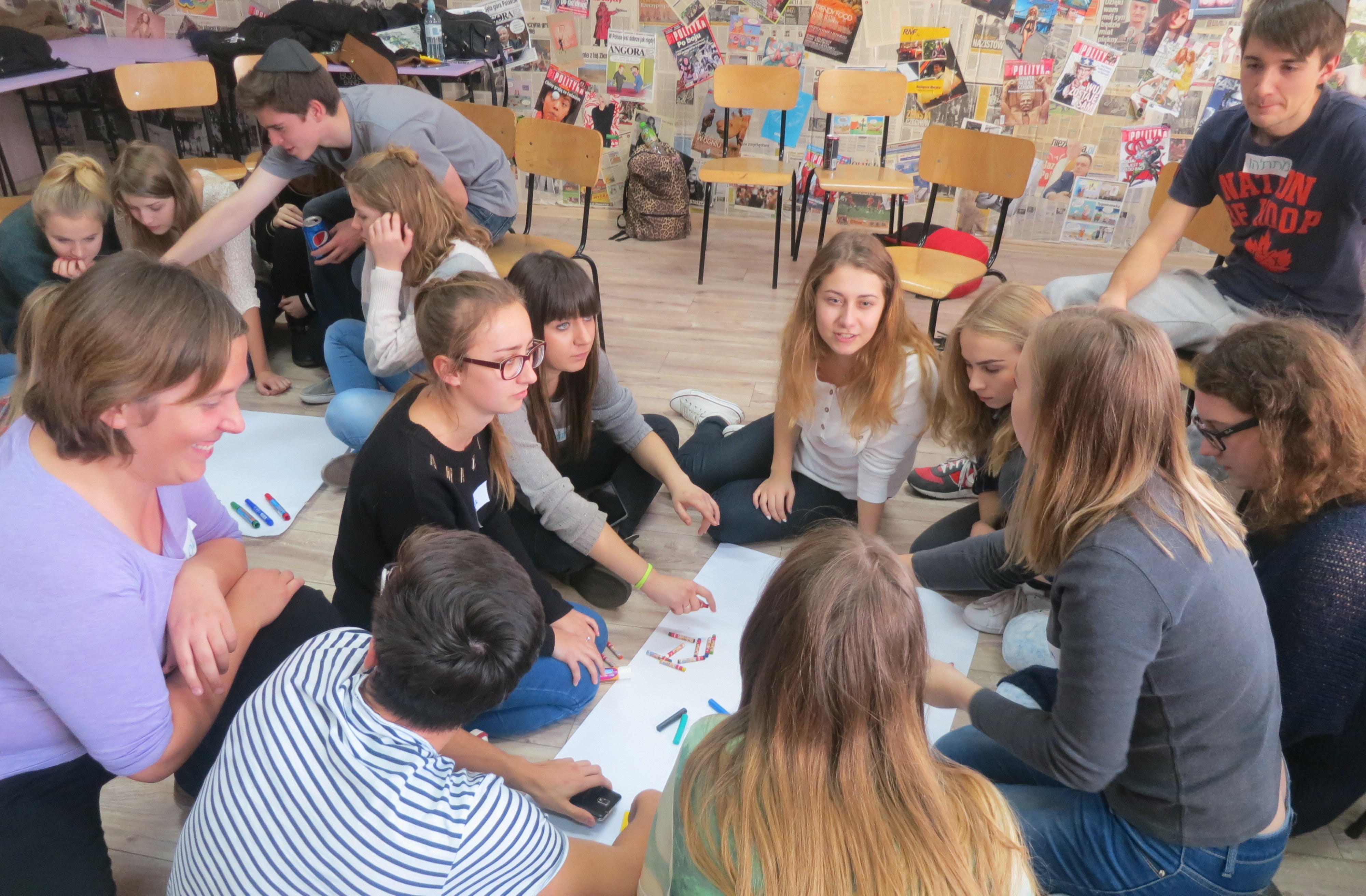 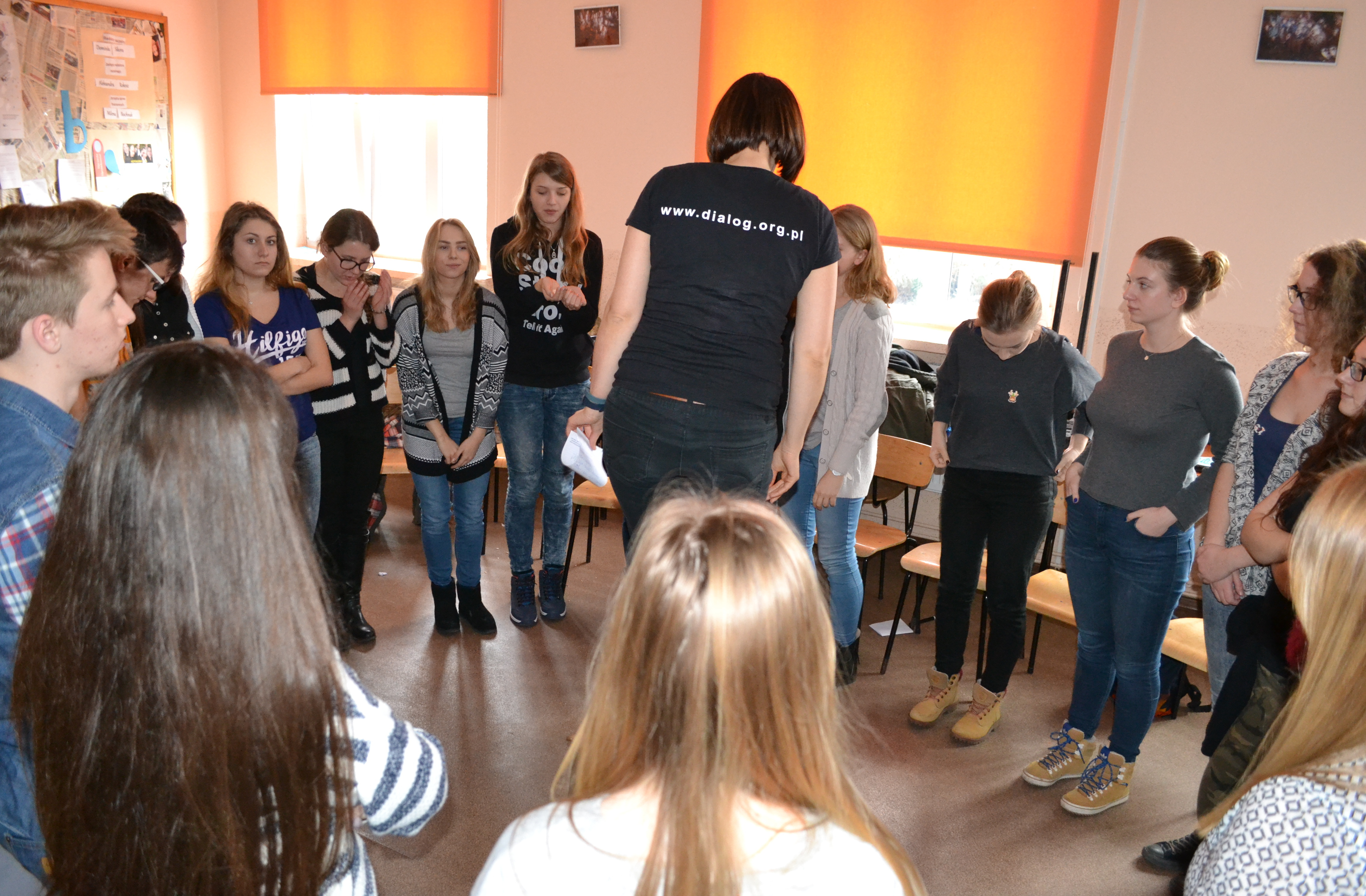 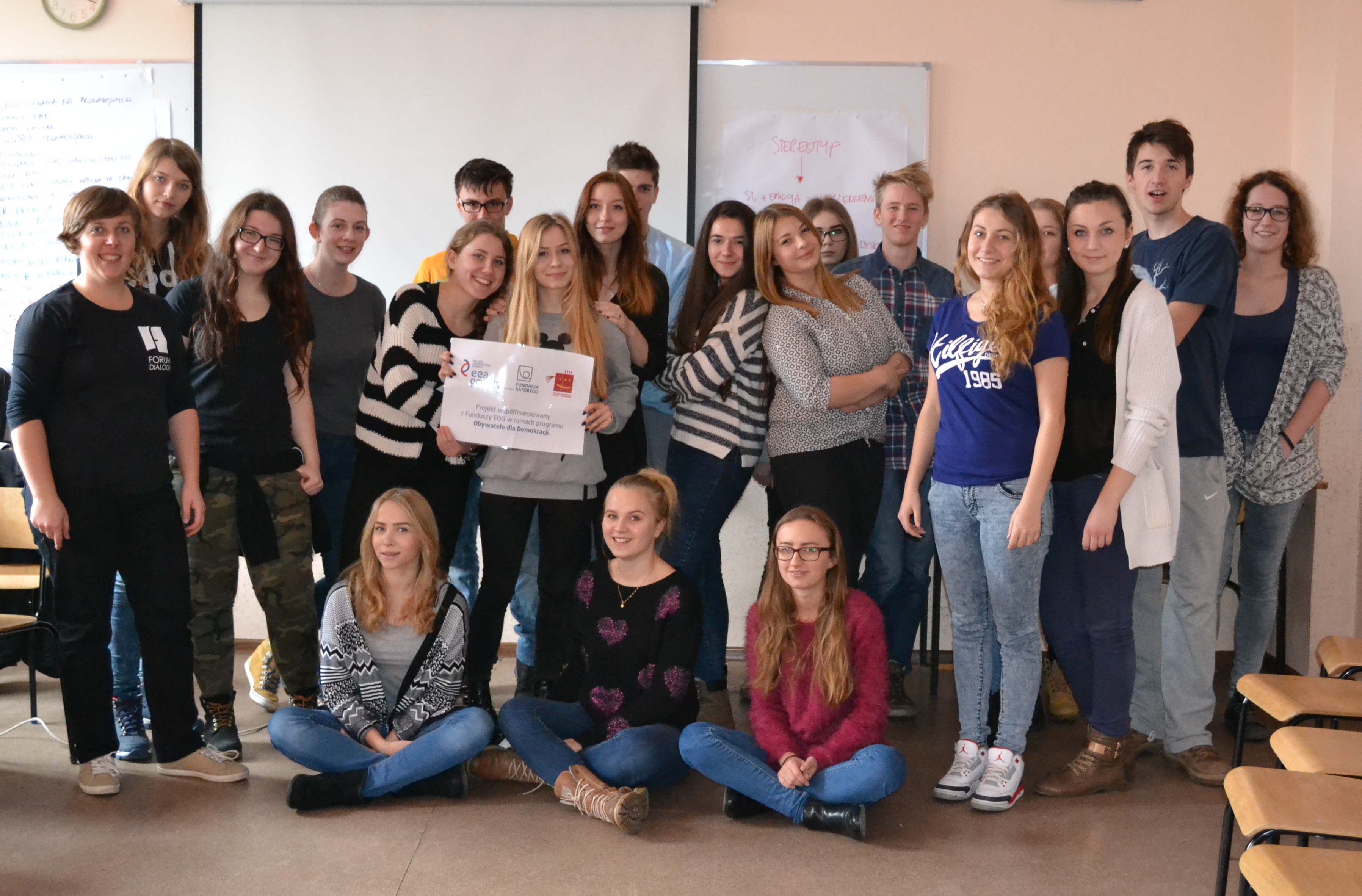 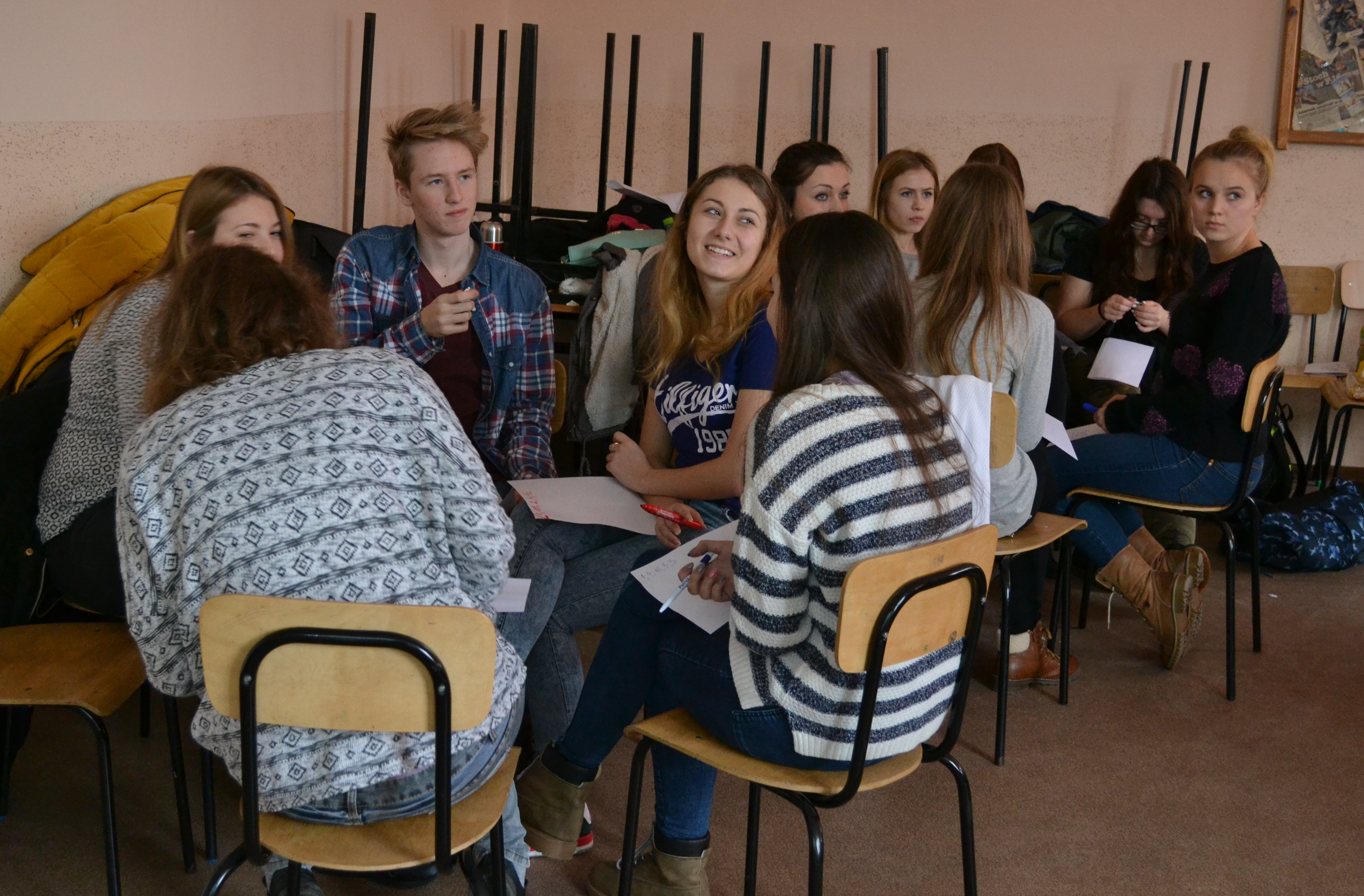 What survived from the war are the town’s three synagogues and the building of Yad Charuzim Associaton, which now serves as the Public Municipal Library and State ballet circle. The Jewish cemetery with a few dozen headstones still in their place also survived. The oldest matzevah, dating back to 1850, belongs to Szymon Maryles. The cemetery was also used as a burial site for victims of mass executions during the war, including the 36 people murdered on August 1, 1943 in Wólka Pełkińska. In April 2006, a matzevah-shaped memorial commemorating the Jews of Jarosław was unveiled at the cemetery.

As a part of the research some students visited the Jewish cemetery and prepared a short film that would be used as a visual aid in the course of the tour. At the same time, students hanged posters throughout the school calling against discrimination and intolerance, reading: “Each one different, all equal”, “Don’t say you’re tolerant, be tolerant”. A few posters advertised the students’ tour. Some people also received personal invitations. The tour began at 11:30 on December 14 inside the Mikołaj Kopernik High School.

In the school hall, one of the students presented an overview of Jewish history in Jarosław.He explained the significance of a Jewish cemetery to Jews, how it remains a cemetery even if no visible sign of it remains; why Jews leave stones instead of flowers and the symbolism behind it; and why the cemetery is considered an unclean place.

In the market square, one of the students talked about Jewish vending stalls and stands, about the Orsetti building that housed stores before the war. Next, the group visited a building that used to be home to a Jewish preschool. Hebrew and gym classes would also be held there. Another stops on the tour included the nursing home and the building that used to house the Jewish Handicraftsmen Association, as well as Great Synagogue (built in 1811) and Small Synagogue buildings. Then the kosher butcher, mikveh and right before the end – the school, a Benedictine abbey and one of the buildings that became part of the ghetto. In later conversations, students received a lot of positive feedback and praise from their tour participants.

I recently watched some film with my mom and one of the characters was Jewish, a fact I immediately recognized because of the kipah he wore on his head. The man said something about non-kosher meat. My mom had no clue what this meant, so I explained what kosher and non-kosher meat is. I am very proud of being able to do so.

I can make my own judgments about Jews, basing on my knowledge and not on stereotypes.

My task was to photograph sites connected with Jewish community of Jarosław. I myself was surprised, but treated the task seriously. I wanted the pixels to reflect the beauty of these places.