School of Dialogue at High School No 2 in Jasło

When Jasło’s high school students embarked on the School of Dialogue project, they became more and more interested in the question of Poles’ attitudes toward the Holocaust. After all, 23% of Jasło residents before the war were Jewish; the local Jewish community flourished, with four prayer houses, two cheders and two mikvehs, a synagogue and a host of Jewish organizations such as Gemiłut Chesed, Chewra Kadisha, a cultural and educational organization called Yeshurun as well as Beit Yaakov that ran an all-girls’ Jewish school. The town had its own chapter of Maccabee sports club. There are no Jews in Jasło nowadays and the sites connected to them for the most part no longer exist. The only material proof of their presence is the Jewish cemetery, which seems half-forgotten.

High school students learned about Jewish culture and traditions as well as what happened to Jews during World War II,  and who were the Righteous Among Nations – gentiles saving Jews from death. They also wanted to do something to commemorate the town’s former residents. To pay them homage. To save them from oblivion.

For School of Dialogue workshops, students prepared a tour of Jewish Jasło. Guests invited for the tour gathered at the site of the former Jewish girls’ school, next to the site of a monumental Moorish-styl synagogue which was built in 1905, but devastated in 1942 and subsequently destroyed. 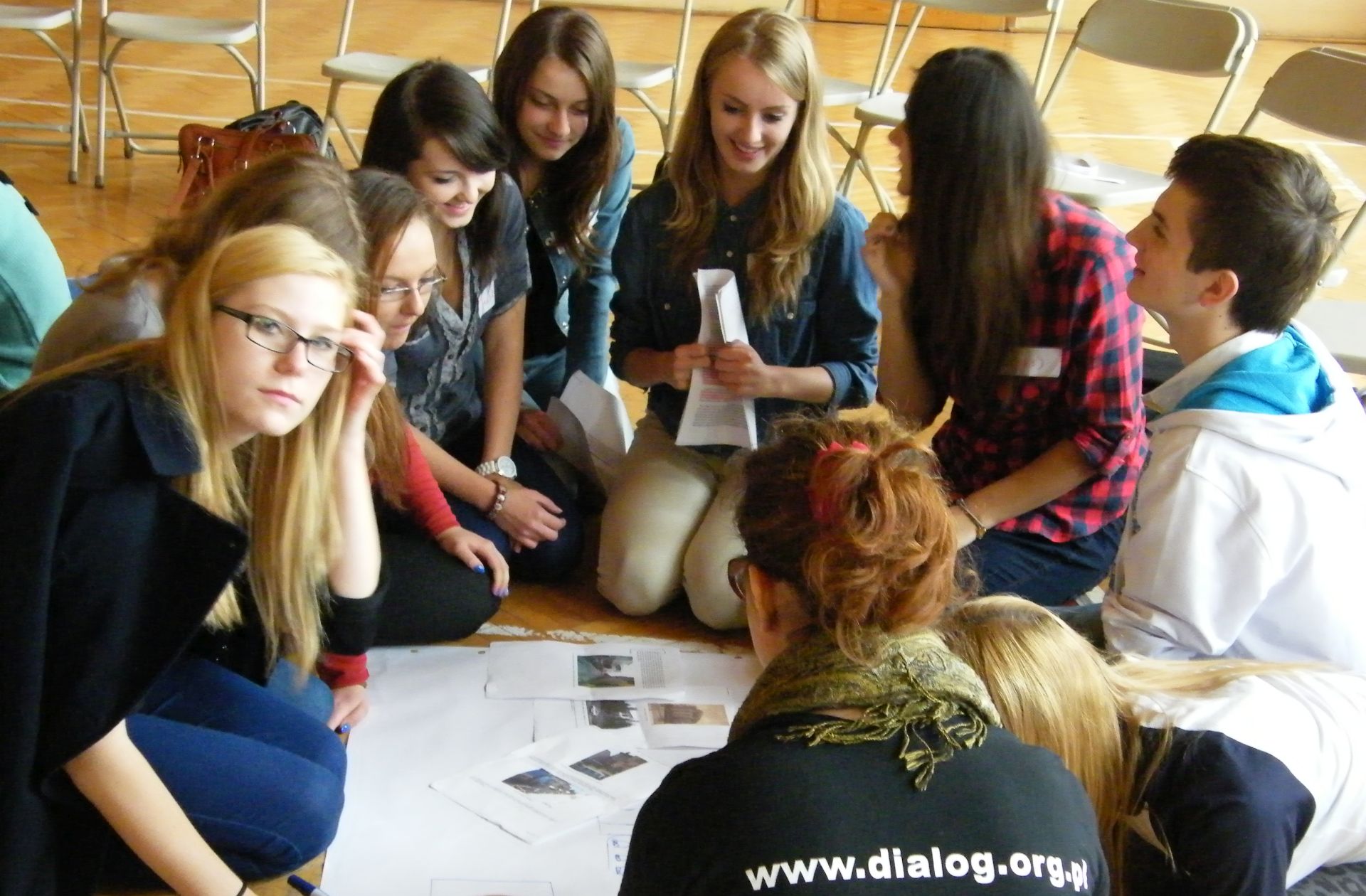 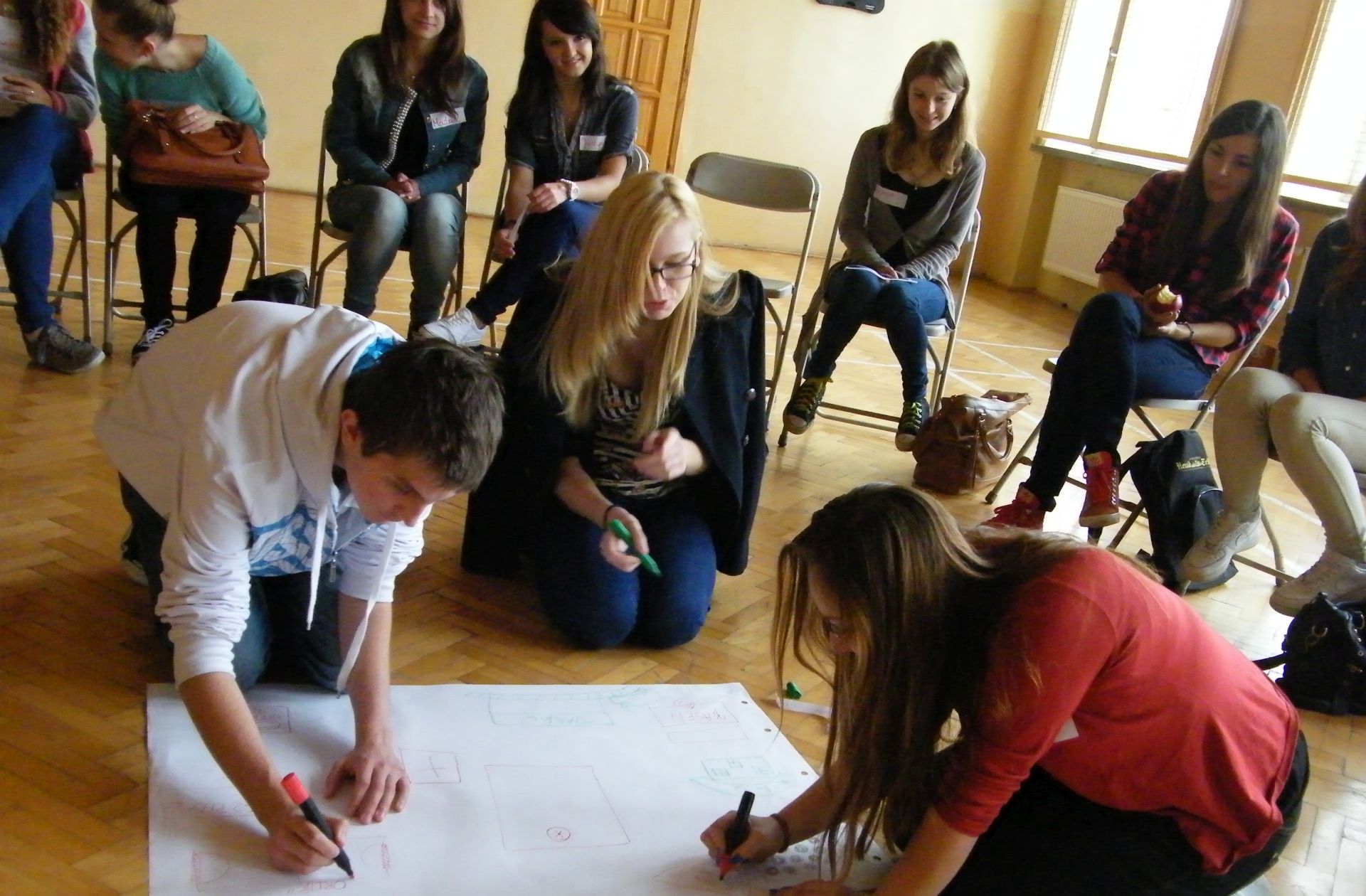 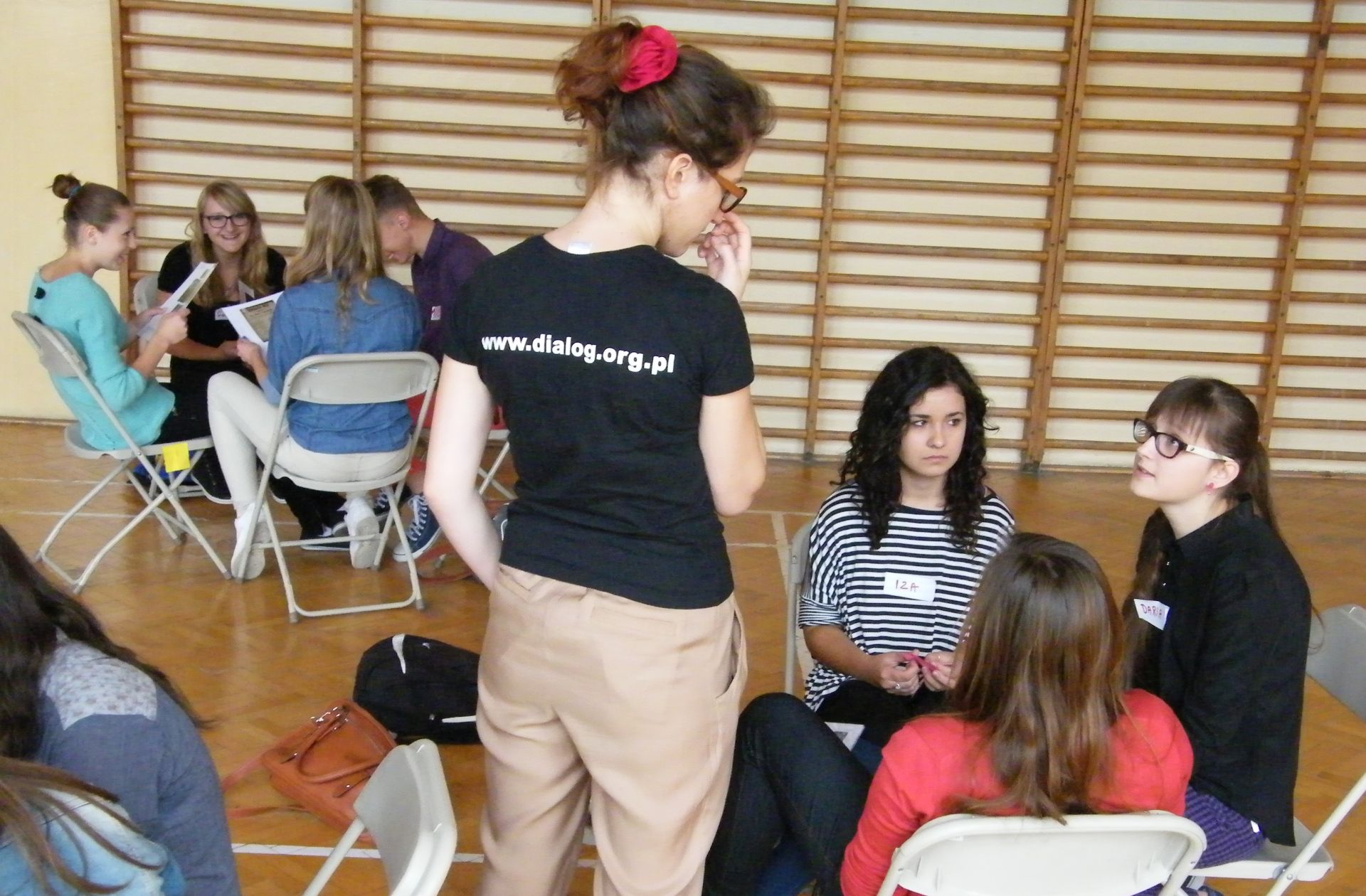 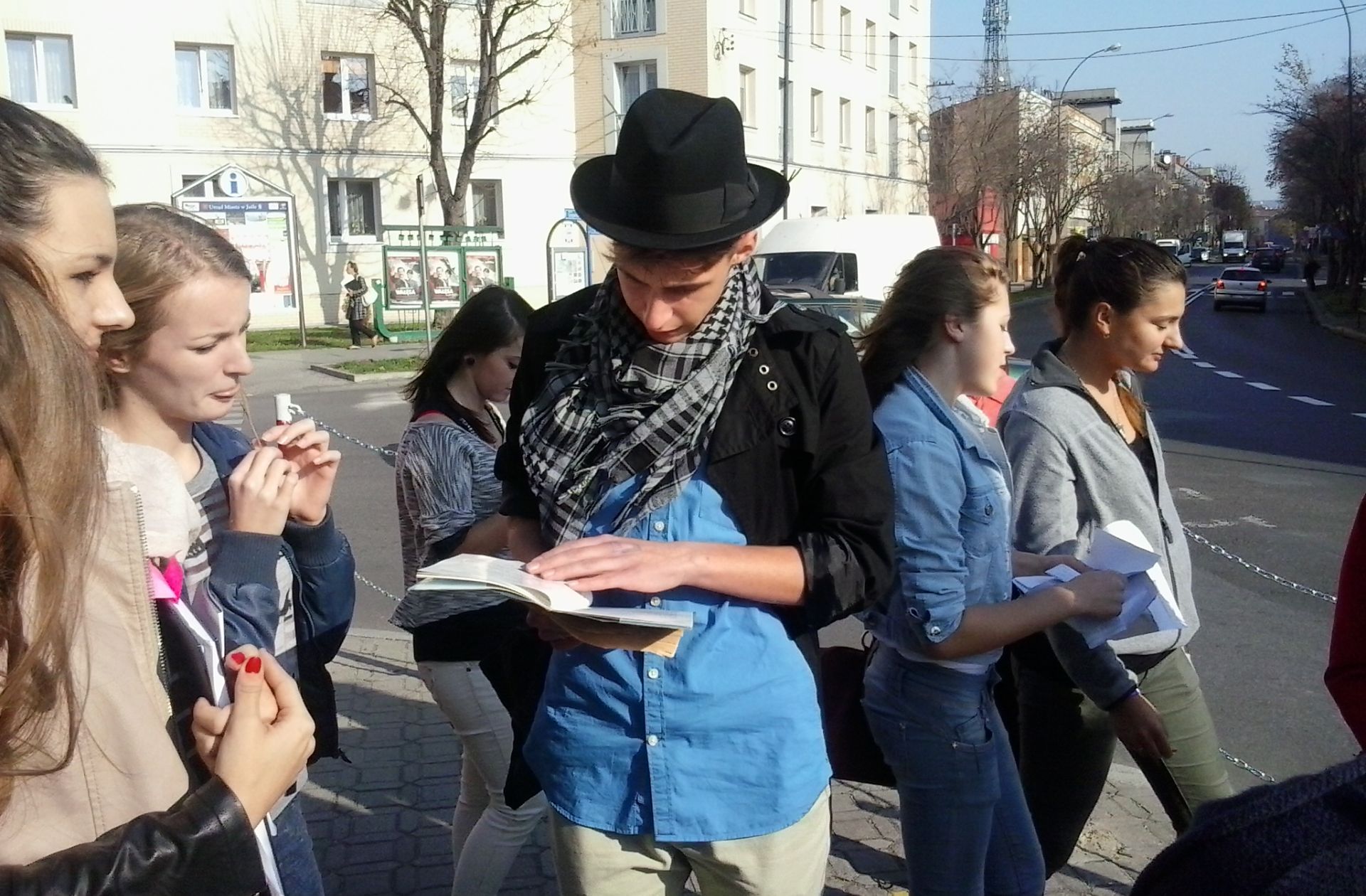 The tour took them to the site of the former mikveh and to the high school no 1, where a famous Polish-Jewish mathematician Hugon Steinhaus went to school. Students also delineated borders of the ghetto, which was created in the town in 1942. After a few months, some of the ghetto residents were transported to a camp in Szebnie, but the vast majority was deported to Bełżec death camp. The ghetto was liquidated in December 1942, when the handful of remaining Jews were moved to the ghetto in Rzeszów. Many local Jews also died in executions in the surrounding forests and at the Jewish cemetery.

The tour also led participants there – to the sole remaining Jewish site in Jasło, and in very poor condition at that.

The cemetery was established in the 19th century and the oldest surviving matzevah dates back to 1903.

Students did not want the tour to be the final part of the project, so they decided to tell others about Jasło’s Jews. They held an information session in their school and prepared a project report. Earlier, for the purposes of the tour, they created an info brochure and an audioguide with recordings of stories from senior residents – people who still remember the war and Jews of Jasło. To save from oblivion. At least this much can be done.

The workshops sparked my interest in this topic. I enjoyed them so much that I became more and more curious about the life and history of Jews in Jasło.

It turns out that Jewish customs and traditions are very interesting. This also gave me the opportunity to learn about sites connected with Jews in Jasło. I learned that the Jewish community was an important presence in Jasło.

Through these workshops I discovered many sites connected to the Jewish community in Jasło. I think such workshops should also be held in other schools.

School of Dialogue program in Jasło was made possible by the support from HARVEY KRUEGER.