Located between Rzeszów and Przemyśl, at first glance Jawornik Polski does not seem to be a place concealing any Jewish past. But a short conversation with local senior residents of the municipality is enough to learn about prewar life of their Jewish neighbors. The Jewish history of Jawornik goes back all the way to early 18th century. Due to their small numbers, Jawornik Jews became members of Kehillas in larger towns of Dynów and Tyczyn. Nevertheless, the community had its own wooden synagogue, mikveh and cemetery in the town, while most of its members were merchants or small-scale farmers.

Jawornik students from School Complex No.1 had not been aware about the Jewish stories connected to their homeland prior to participating in School of Dialogue program in April 2017. To quote one of the participants: “I was never particularly interested in the topic, I never had any experience with it, I never thought that Jews had lived in my town…” Thus, students were introduced to basics of Jewish culture and history. They were particularly moved by individual Jewish stories from the time of World War II. In the course of the workshops, Forum for Dialogue educators gave young Jawornikers some tips regarding their final project, which would take the form of a walking tour through the town’s Jewish sites, related to how divide the tasks at hand, what to tell their tour participants and where to seek out information.

As it turned out, students themselves knew best whom to ask for assistance. Through a number of interviews they had conducted with their town’s senior residents, they gathered information about sites and people that had disappeared after World War II. It was thanks to information from the grandmother of one of the participants that the group was able to establish the location of the Jewish cemetery, from which last headstones had disappeared in the 1980s, and learn about wartime efforts to hide local Jews. All this research allowed workshop participants to prepare an informative tour for other students from their school.

On each stop of their tour, student-guides presented elements of Jewish culture connected to the given site. Topics discussed included ritual bath, symbols found on matzevot or the tradition of leaving stones on Jewish graves. In the main square, tour participants could hear stories about local merchants and see houses that in the past were home to Jewish families whose names were recalled so they would not be forgotten. The tour ended in a tunnel of narrow-gauge railway used as a hiding place by local Jews. Inside, tour participants listened to a recorded interview with the great-grandmother of one of the students. Inside the tunnel, the group was awaited by scouts carrying torches, who presented the history of prewar scouting movement, including that of Jewish scouts. 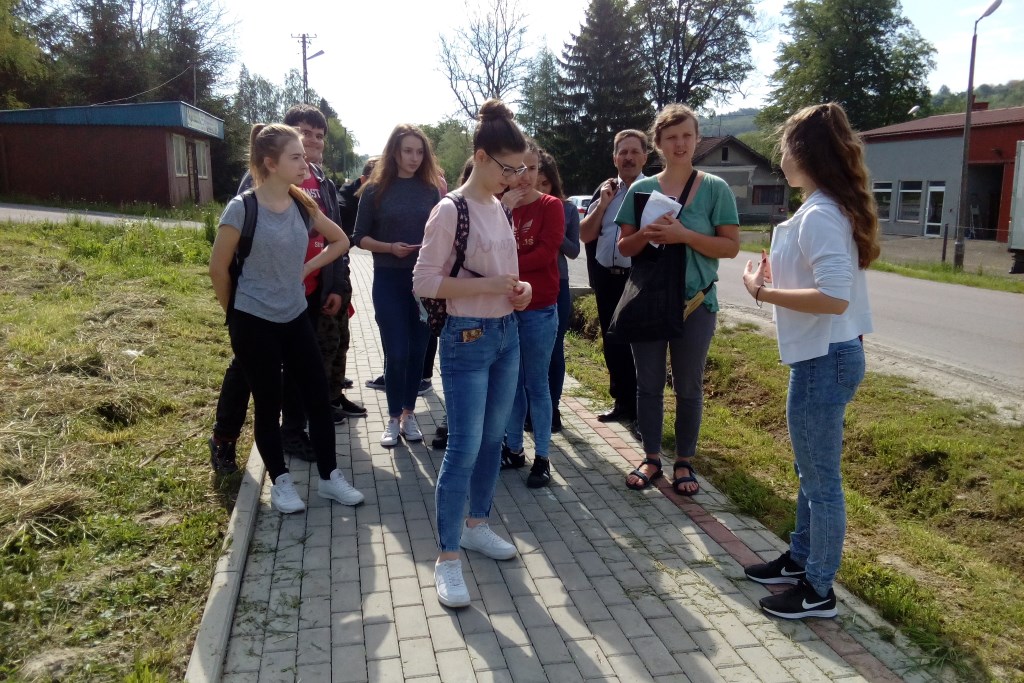 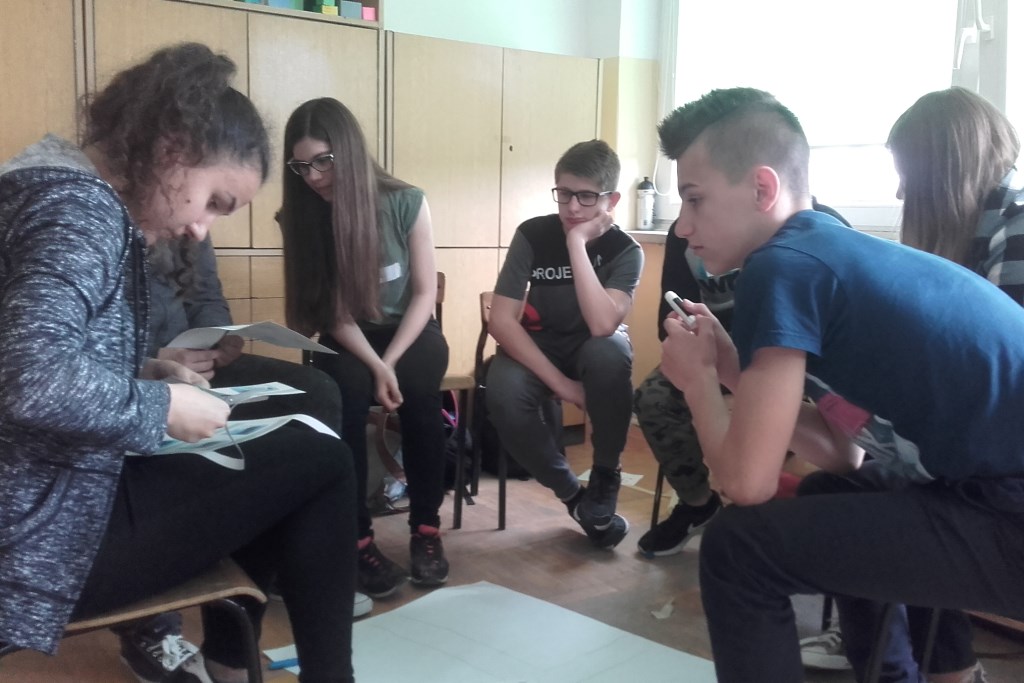 After the workshops, students emphasized the fact that they had no idea that Jews had lived so nearby. The opportunity to present this to younger students from their school made them more willing to undertake other extracurricular activities.

Among the letters students had written after completing a series of four workshops, was this one: “I am proud to have been able to participate in this project. I now look at these matters with different eyes and feel that I would want to learn even more about Jewish history.”

Initially, before the workshops, I did not know anything about Jews and their culture and I was not particularly interested. During the workshops I was introduced to Jewish culture and learned many interesting things. Hearing Małka’s story changed my opinions.

It’s great that we can organize a walking tour for other students so that they can also learn about Jewish history of our town.

Now I would like to learn about every nook and cranny connected to Jewish life in my village. I am very interested and I will continue searching for information.

Thanks to these workshops I would like to help others.