School of Dialogue at Nicolaus Copernicus High School No 3

When the Forum for Dialogue educators met the high school students from Kalisz at the first School of Dialogue session, they were very impressed by the teenagers’ exceptionally profound knowledge of Jewish history and culture. It turned out that most of the students had already participated in workshops about Jewish culture and in a competition titled “History and Culture of Polish Jews”. They knew that a Kahal had existed in Kalisz as early as in the 12th century. They knew the date of the ratification of the Statute of Kalisz, the first Polish document regulating the legal status of Jews in Poland. They were also able to list the city’s most renowned rabbis, such as Szlomo Zalman, talmudist, or Israel Szapiro, founder of the yeshiva, but also Cwi Hersz Chajes and Ezechiel Lipczyc.

It was the everyday life of Jews, however, that raised the most interest among the students and therefore this is what they focused on during the workshop series conducted by the Forum educators.

Jews had their synagogue in Kalisz, a hospital, a school, an orphanage and a kosher slaughterhouse. There were newspapers and social organizations. Many Jews were members of the local authorities; they actively participated in politics. Kalisz was an important center of the Haskalah movement. The high school students wanted to learn as much as possible about everyday life of local Jews – the Jewish community constituted one third of the city’s population before the outbreak of the Second World War.

The teenagers organized a meeting with Halina Marcinkowska, member of the Wrocław Jewish Community and custodian of the Jewish Cemetery in Kalisz. Not unlike inquisitive reporters, they asked numerous questions about funeral customs and symbols on the matzevot. Encouraged by the Forum educators, the students found and interviewed some of the oldest inhabitants of Kalisz. They listened intently to stories about their interlocutors’ Jewish friends and their lives. 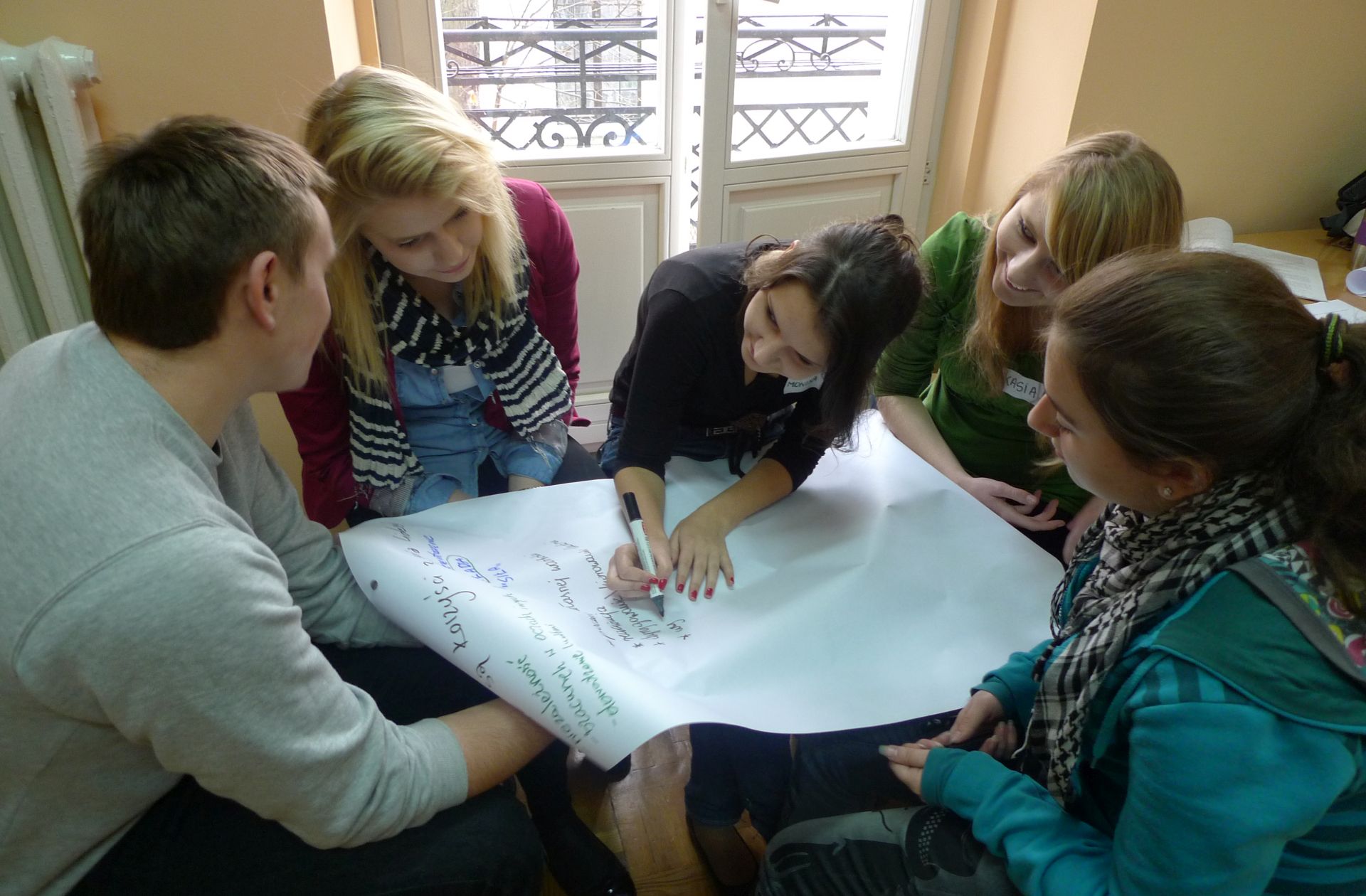 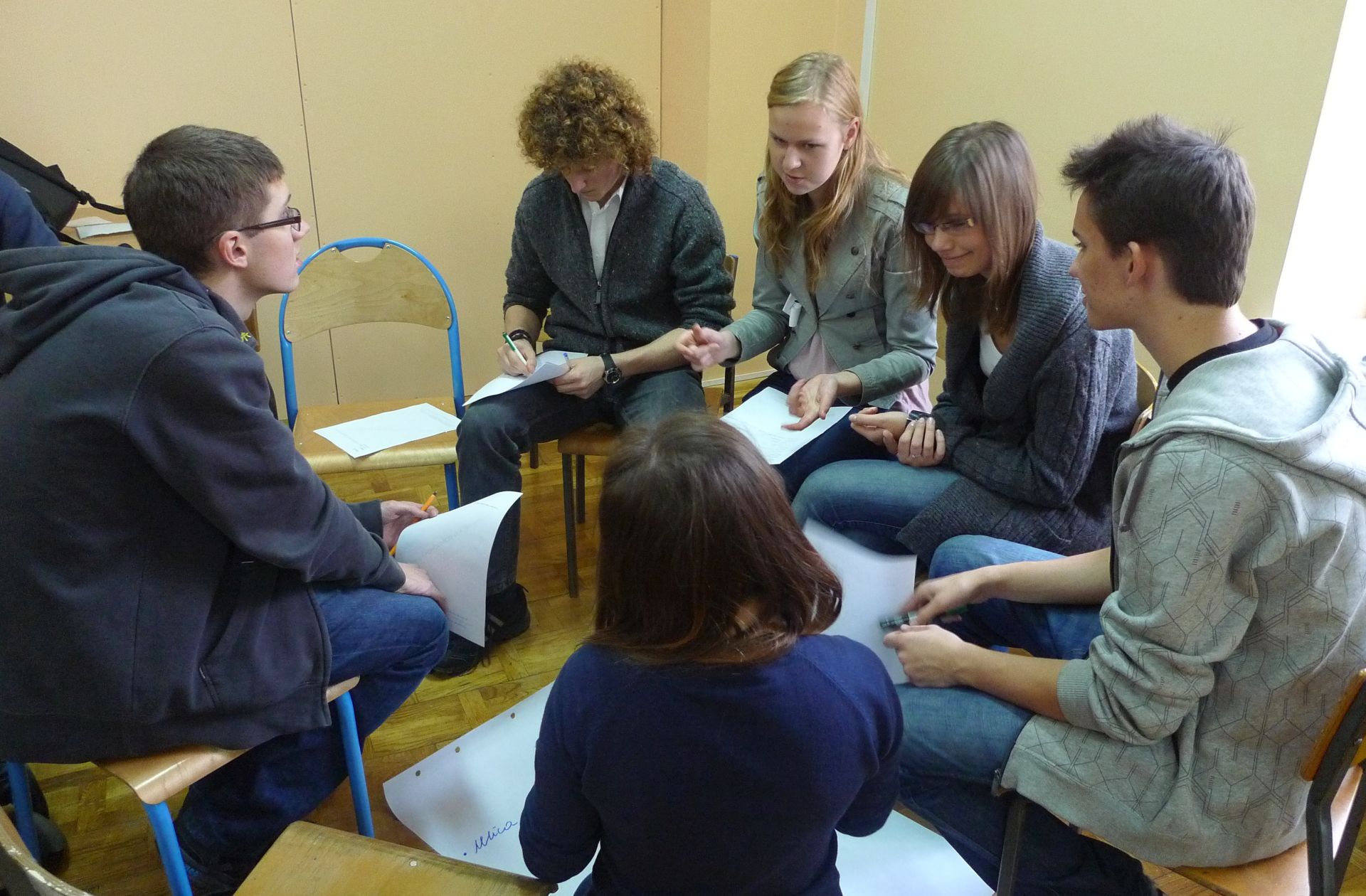 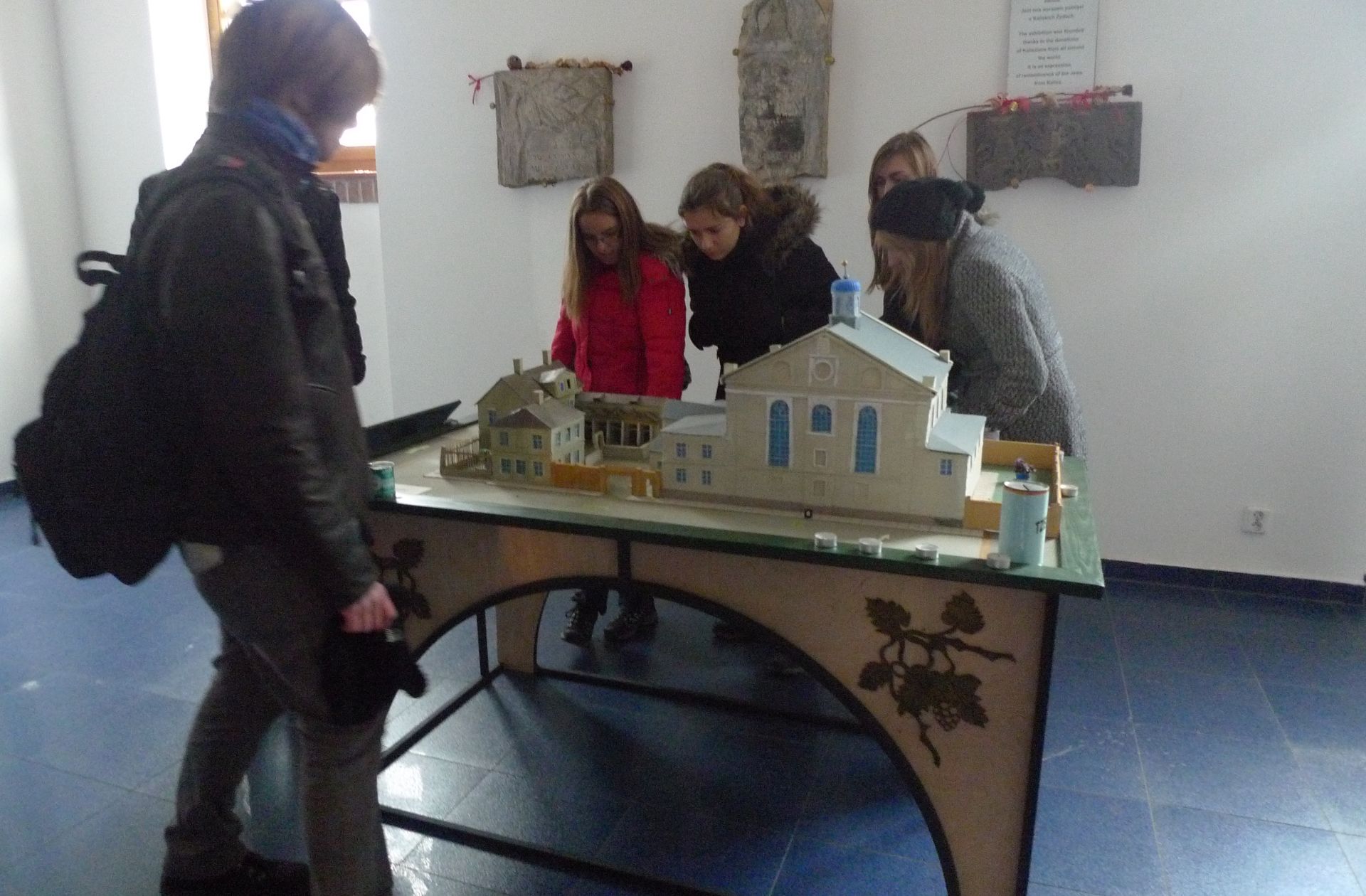 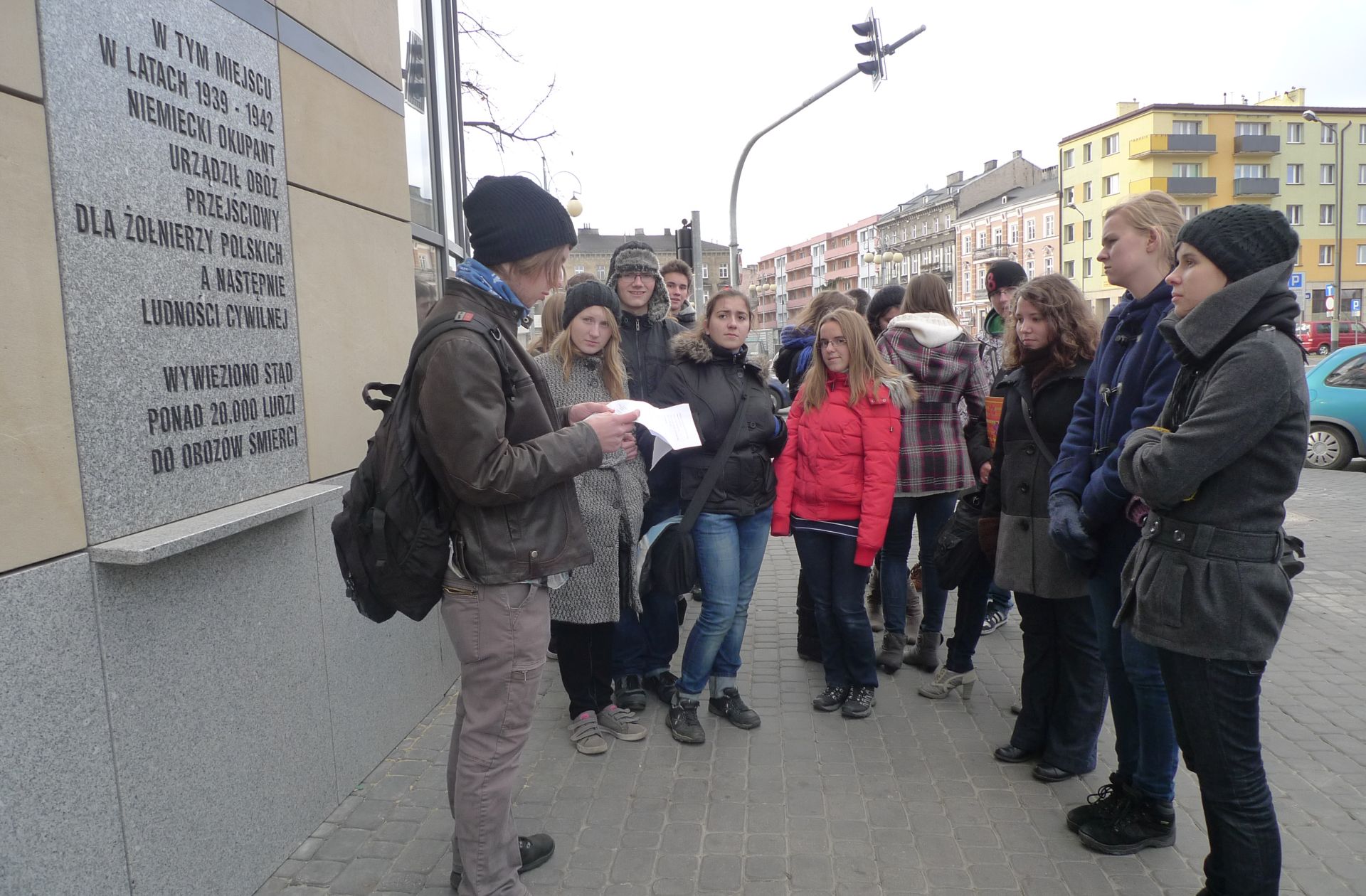 The students also learned about the tragic fate of the Jews from Kalisz during the Second World War: some of them were taken by the Germans to ghettos in the Lubelskie Region and Podlachia, others were transported to the labor camp in Koźminek, but the vast majority of them lost their lives in extermination camps in Sobibór and Bełżec. Those who were taken to the Warsaw ghetto died in Treblinka and Birkenau. The liquidation of the Kalisz ghetto took place in 1942 and its inhabitants were moved to the ghetto in Łódź. Over two thousands Jews from Kalisz survived the war and came back home, but not for long. They soon left Poland for good. The high school students worked enthusiastically on the final project of the workshops – a walking tour through Jewish Kalisz. They created an inventive city game where the participants not only listened to stories about the past but also completed tasks which helped them learn about Jewish culture and traditions.

The students prepared an interesting presentation about religious and co-educational schools and the situation of Jewish students in state schools. They explained the rules of kosher slaughter and cooking. They talked about social organizations, religious life, ritual purity and wedding customs.

The participants of the walking tour were tasked with identifying symbols on the matzevot, they were also supposed to locate the grave of rabbi Ezechiel Lipszyc, whose life had been chosen by the students as the leitmotiv of the outing.

The game concluded in the school building where the victorious teams were awarded and all the participants could drink a cup of tea and taste snacks.

In fact I came across the workshops conducted by the Forum for Dialogue Among Nations by accident, but this convinced me again that such coincidences may play an important role in people’s lives. (…) In the past I was not interested in the Jewish history or culture, in fact, I was indifferent to these issues. Now I already know how fascinating it is to learn about other cultures.

I will certainly continue improving my knowledge about this topic. It is even more important since I come from Kalisz, inhabited in the past by lots of Jews. Thanks to these workshops I learned to look at my town from a completely different angle of perspective.

I found out a lot of interesting things which I had no idea of before. I guess that if it wasn’t for the workshop, I would never get interested in the Jewish community in Kalisz.

I would like to describe how the workshop influenced me. I learned about the Jewish history and culture from a slightly different perspective. One can often hear such expressions as “Don’t be such a Jew”, but these are only stereotypes, still present in the Polish mentality.

School of Dialogue program in Kalisz was made possible by the support from MINDY and IRVING KEMPNER.