School of Dialogue at Stefan Czarniecki High School No.1

The history of Kozienice’s Jewish community dates back to mid-16th century. The Kehilla was formed in 1616, in accordance with a privilege granted to local Jews by King Sigismund III. In the 18th century, Jews comprised 55% of local residents. At the time Kozienice became the center of Hassidic movement thanks to the famous Kozienice Maggid – tsaddik Isroel Hopsztajn, founder of the Koźnic Hassidic dynasty. The hub of local Jewish life was Magietowa Street (its name stemming from the word “Maggid”), with two synagogues and the famous rabbi’s house. In the 19th century, the town’s numerous socio-religious Jewish organizations flourished, which is best reflected in the composition of the town council – Orthodox, non-partisan, Folkist, Zionist and Bundist Jews were all represented. Not much remains from the heyday of Kozienice’s Jewish community – just a few houses and a cemetery. But thanks to student volunteers from first grades of Stefan Czarniecki High School No.1, who participated in the 2017 edition of the School of Dialogue, the history of prewar Jewish neighbors was again rediscovered.

At the beginning of the workshops, students did not know much about Jewish Kozienice – some of them were not aware that a Jewish cemetery exists in the town and even that Jews had lived there at all. However, thanks’ to the students’ willingness to learn, the most important information quickly filled the knowledge gaps as regards Jewish history and culture. Soon, the group could move on to work within the townscape. The visit to the local Jewish cemetery proved to be especially fascinating – all of Kozienice’s School of Dialogue participants were there for the first time, even though some live in a residential area close by. The second great discovery for the students was the fact that the local tzaddik – Kozienice Maggid – is world-famous and his grave is visited by thousands of pilgrims each year. Intrigued by this new perspective on their town’s history, high school students decided to create a comprehensive final project – a walking tour, a paper guidebook, an interview with the cemetery’s caretaker, a comic book on Chaim Israel Berman and an exhibition presenting his photos. 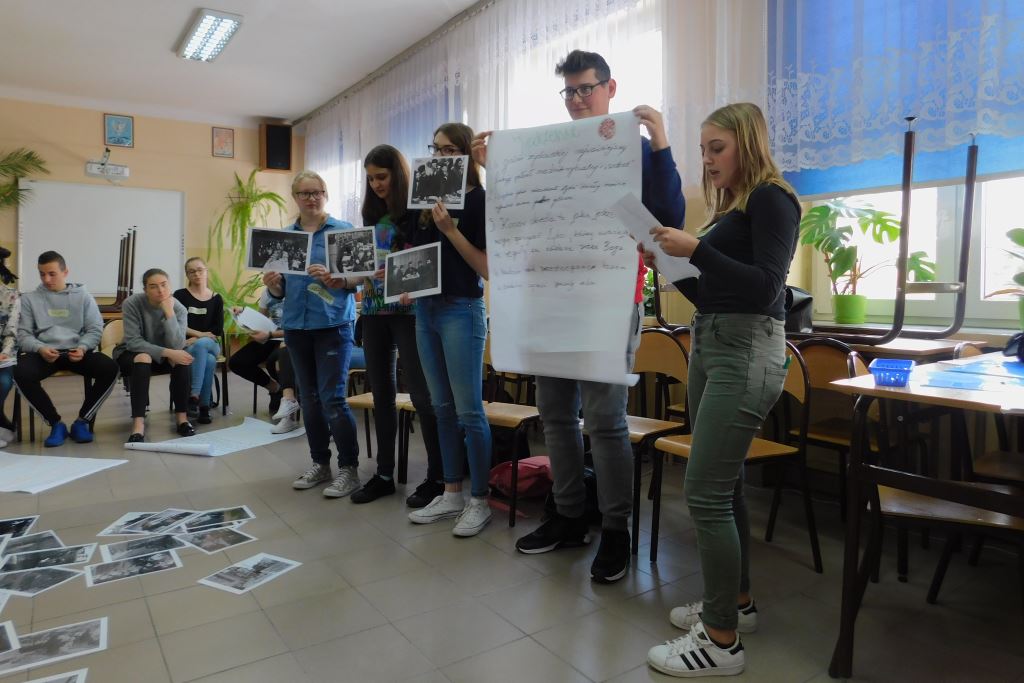 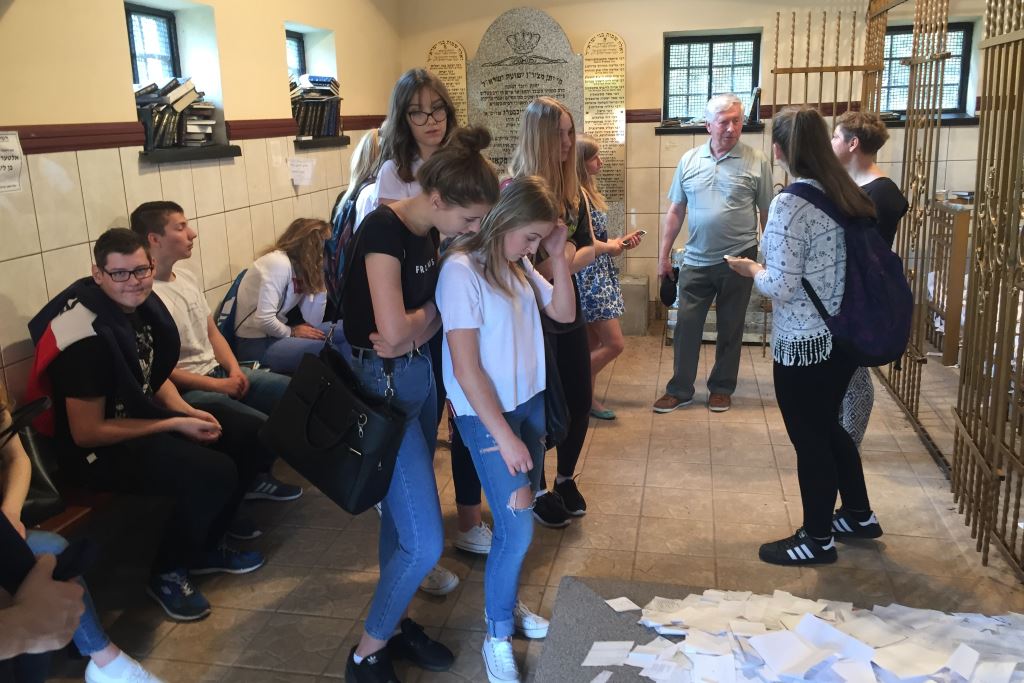 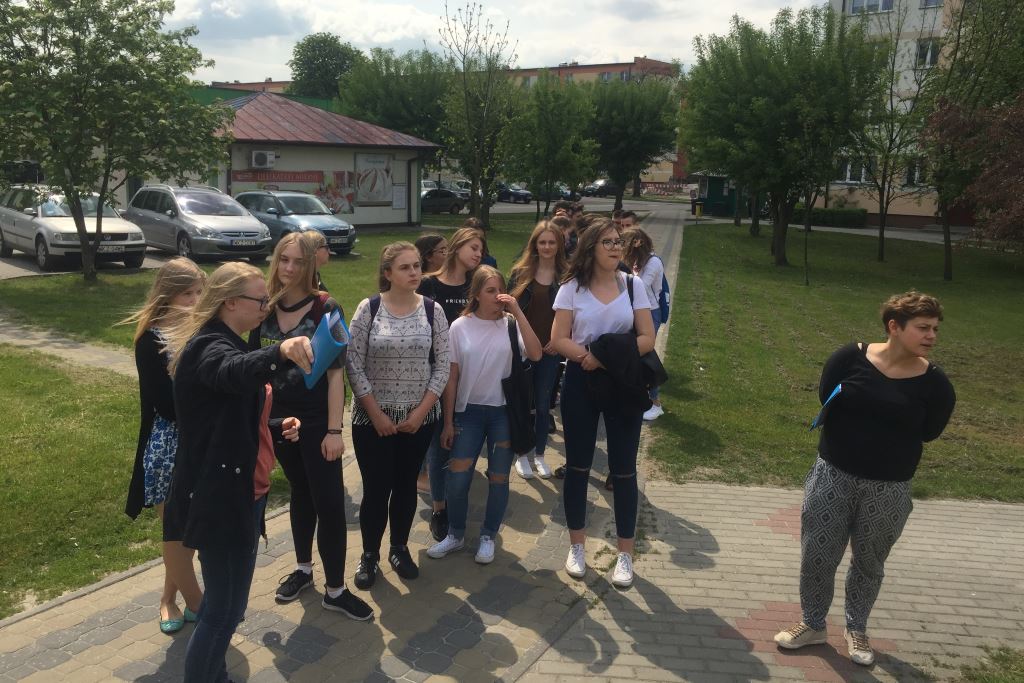 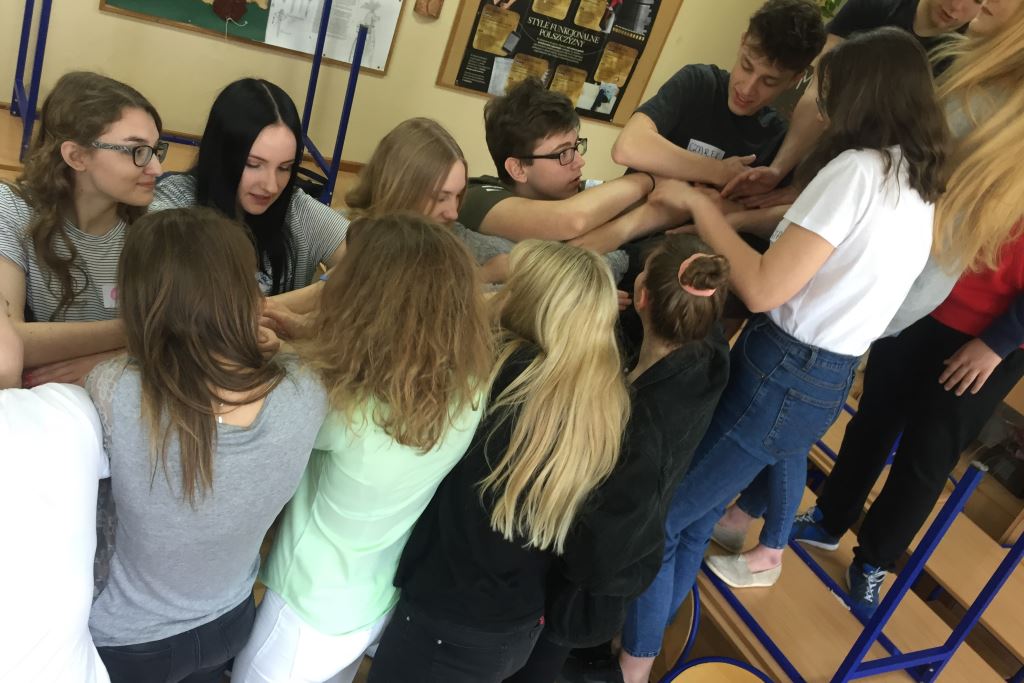 Students independently sifted through various source documents, compiling information and visual aids. They also contacted a number of people who helped them gain as broad a perspective as possible on the town’s prewar Jewish community to then conduct a walking tour for second-year students from their high school. Above all, students focused on everyday life of Kozienice’s Jews. They resorted to the life and work of Chaim Izrael Berman, Kozienice’s prewar Jewish photographer who had been the only photographer in the town. All residents ordered their pictures in Berman’s studio, regardless of their religious background. During World War II, Berman was forced to photograph German soldiers as well as Jews with Mogen David armbands. Basing on Berman’s life story and photographs that had been discovered in Kozienice in late 20th century, workshop participants prepared an exhibition, a comic book and a walking tour through the town. The building that housed Chaim Berman’s photo studio still stands.

Undoubtedly, School of Dialgoue was a surprise for Kozienice high school students (“The funniest thing is that our small boring town hides so much history, which many people somehow realize but rarely look into, which is a serious mistake”) and inspiration for the future (“Thanks to these sessions I now want to learn about the world without preconceived notions, but through immersing myself in its mysteries.”) Furthermore, as one participant stated, the workshops gave her a new perspective on identity- and exclusion-related issues: “Through these workshops I became more tolerant. I stopped looking at other religions and people as alien, foreign or incomprehensible. I understood what people rejected by the rest of the society feel.”