What happened to the Jews of Krasnosielc? How many of them lived in the town before World War II? What did they do? How did they live? Who were they?

These are some of the questions that students had for Forum educators over the course of School of Dialogue workshops held in their junior high school in Krasnosielc. No one ever told them that Jews started to settle in their area already in the 18th century. They worked as craftsmen and merchants and had their own cemetery, established in 1781. Students were not even able to locate the cemetery and to say whether there was anything left of it. Already in the 18th century, a wooden synagogue was built in Krasnosielc and served a community of almost 600 people. There was also a mikveh. Students were not able to locate any of these buildings, either. Perhaps this should not come as a surprise, given that very few people remember the Jews of Krasnosielc.

Maybe this is the reason why students became so involved in the workshops held by Forum educators. They wanted to learn as much as possible. They were finally given the opportunity to discover the history of local Jews in and to do so in a systematic way. Through joint efforts, hard work and impressive dedication they were able to establish that in 1844 an independent Kahal was established in Krasnosielc; in 1883, a new synagogue was built in stone at Przechodnia Street according to the design of the famous Henryk Stifelman; one of the town’s most respected citizens was tannery owner Frajman Motel; in 1926, Krasnosielc had two 5-grade schools – a Polish and a Jewish one, that were later consolidated into one 7-grade grammar school; that Szlama Lezer and Icchak Josef Silberg were Krasnosielc rabbis prior to the war. And the students searched on. 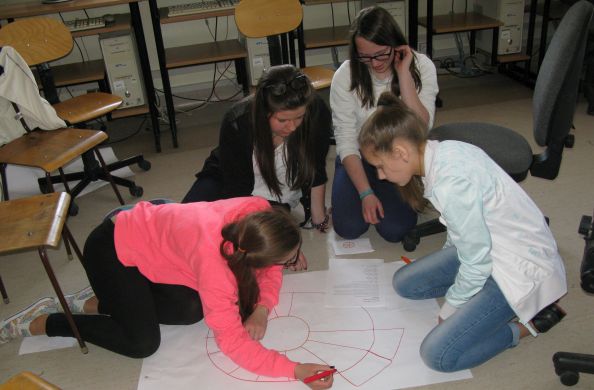 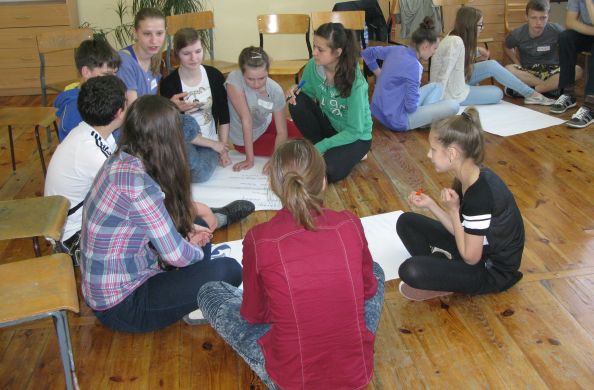 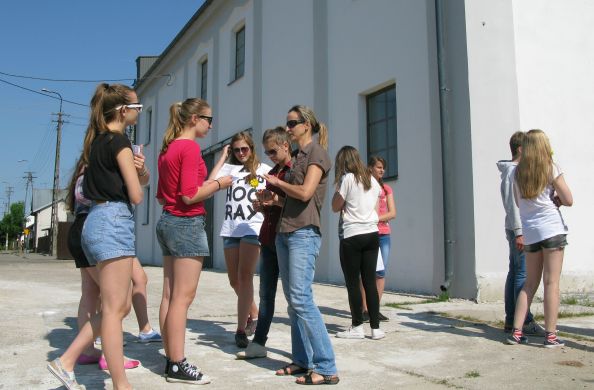 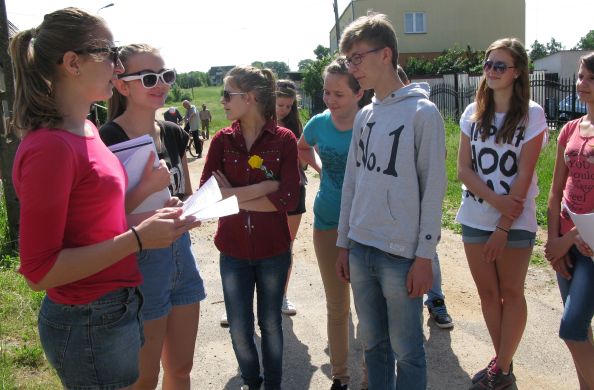 Krasnosielc was the birthtown of Aaron, Szmul and Hirsz Eichelbaum, who migrated to the United States and went on to establish Warner Bros. film studio.

Students became interested in the benefits of multiculturalism and Polish/Jewish relations. For their School of Dialogue project, students prepared a tour commemorating Jewish presence in Krasnosielc and invited their fellow students, town authorities, local press and anyone else interested to participate. They made invitations and posters advertising the event. The tour was attended by their school’s principal, journalists and other students from the school. Right at the beginning of the tour, each participant received a yellow flower, in reference to the daffodils that symbolize the Warsaw Ghetto Uprising. The sizable group first headed towards the building of the brick synagogue. In the first days of September, 1939, this was where German soldiers from “Kempf” division held a mass execution, shooting ca.50 people in the synagogue and ordering their bodies to be buried in a mass grave nearby. Tour participants laid down flowers under a commemorative plaque and stone devoted to the memory of the Jewish community. The group later headed for the Jewish cemetery or rather – its location.

The fact that the cemetery is not marked in any way moved the students deeply. With support of the Association of the Friends of Krasnosielc Region, they petitioned the town’s authorities to commemorate the site and wanted to raise funds for this purpose themselves. In the course of the walking tour, participants heard many interesting stories about local Jews, were introduced to some Jewish traditions and could even sample some traditional dishes that the students had prepared themselves.

However, the walking tour was just the beginning. The students’ next project was to create an exhibition presenting photos of Krasnosielc Jews. This time they were assisted by the town mayor.

Students also set up a Facebook fanpage and prepared a film that documents their walking tour and the walk they designed is to be held on a regular basis. Furthermore, every September 5 and 6, students want to commemorate the execution in the synagogue by handing out yellow flowers to Krasnosielc residents.

The topic of Jews in Krasnosielc was not often mentioned. Even though our town boasts an interesting [Jewish] history, the topic was never promoted.

Participation in the project opened my eyes to a number of issues, and especially to the fact that Jews are people I feel close to. I would like every Pole (regardless of whether they are Catholic, protestant or what not) to realize how close these two communities are.