School of Dialogue at School Complex No 3

People come to Limanowa from time to time, sometimes en passant, sometimes as their final destination. It is a picturesque place and a good starting point for hiking in the mountains. The village is located at a confluence of three brooks, between Krakow and Nowy Sącz, between Kanina and Dobra, a bit in the middle of nowhere. People generally don’t know much about it and don’t ask much.

Those who do know say that there was indeed a Jewish community in Limanowa. It was a pretty closed community, with a fourth composed of hasidim connected to the Nowy Sącz tzadiks. It is said that not much contact existed between them and their Catholic neighbours, perhaps apart from some trade.

However, if you dig deeper, you may find people like doctor Jan Hamerschlag, the town mayor and a provincial representative. There were more examples of Jews in the local government, in the city council – they made decision impacting the community, the society and the general situation. 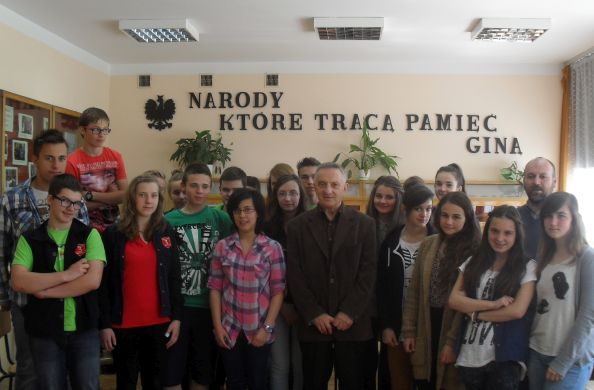 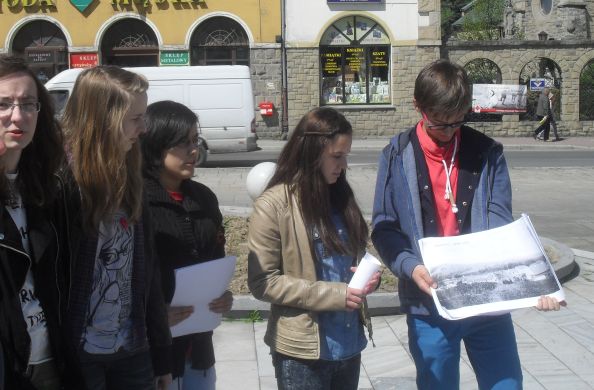 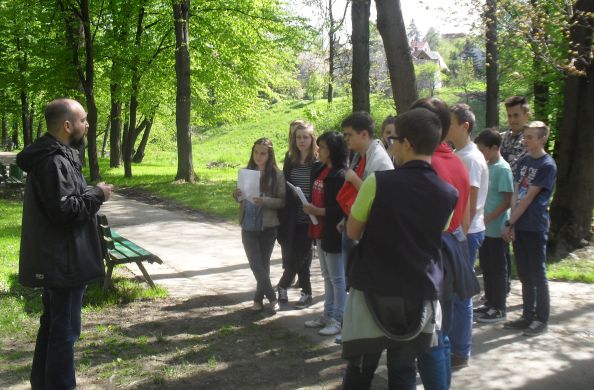 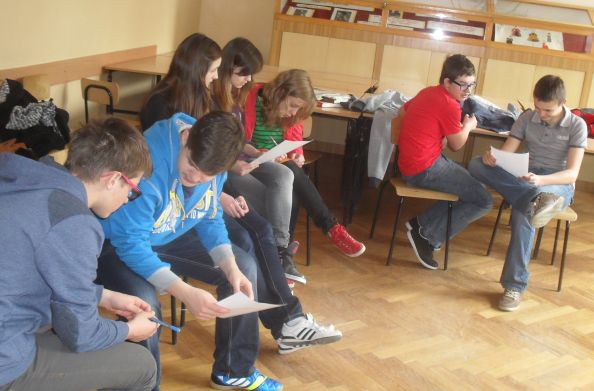 What else can be said? That there used to be a synagogue? A cheder, no trace of which remains. There is a Jewish cemetery, fenced off and well-tended. Germans destroyed most of the headstones during the war, using some to pave the streets of Limanowa and the market square.

How can one restore the memories of Jews in Limanowa? School of Dialogue educators, Adam Gąsecki and Katarzyna Niewczas, went there to conduct workshops in the local school complex. They involved students, active and interested, doing their best despite their limited knowledge. Two students told the stories of their families, harbouring Jews in their homes during German occupation. Jerzy Bogacz, a local historian, collector and activist, helped the students. His stash of documents, photos and stories, together with a magazine he publishes called “Almanach Ziemi Limanowskiej” was the source of information for the students. The educators helped with planning the trip called “Wonder years” for junior students from integrated school group.

The title related both to times of childhood and to old, pre-war, Jewish days. It was an attempt to present children history of Limanowa, similarities and differences between the now and the then: games and songs, traditions and culture.

The walking tour took them to the park by the Mars’ house, where they played dreidl, sticks and chequers. They were too tired to play a tag game. Then went on to Kamieniec, where the ghetto was formed in June 1941. On 18 August 1942 Germans deported those who were not killed on the spot to Nowy Sącz and then to the Bełżec camp. Tour participants went also to site called Hell by the locals. The tour participants also learned why the Siwy Brzeg was important for Jewish children – a Jewish school was located there, with a football pitch adjacent. The trip also included trivia, with candies as rewards. Children were also shown photos of old Limanowa and confronted what they saw there with the current views. They compared the past with the present.

Today I know that where I stand now there used to be something else. It’s pretty fascinating to uncover that.

It was them (the Jews) that co-built the town we live in. They erected its foundations and we should be grateful for that. Majority of Limanowa residents has no clue about it. We can’t teach the elders, but we can do something about the younger people, and that’s the aim of the project.

School of Dialogue program in Limanowa was made possible by the support from Lynne and Alan Reich.