Jews lived in Mińsk Mazowiecki from the 17th century, and before the war they constituted approximately 40% of the town’s population. There were courts of Tzadik Jakub Perłow and Tzadik from Aleksandrów in the town. A Yeshiva with a boarding house and a canteen for 200 Jewish boys also operated. Jews were members of the Town Council, organized themselves within trade unions, established associations, societies, committees. They were merchants of colonial and fancy goods, cloths and iron goods; they were also feldshers, shoe makers, bakers and tailors. In 1936, following the murder of Jan Bujak from the 7th Uhlan Regiment from Lublin, perpetrated by a tailor Judka-Lejba Chaskielewicz, anti-Semitic attacks took place. Part of the Jewish population fled to Warsaw. And then the war broke out.

There are few traces of the Jewish presence in Mińsk Mazowiecki today; the synagogue building at Stary Rynek 3 still stands, and there is the “new” Jewish cemetery between Dąbrówki and 1 Pułku Lotnictwa Myśliwskiego Streets.

The wooden synagogue at Karczewska 2 or the one at Rynek 13 did not survive, the mikvah and Yeshiva do not exist anymore.

But the memory of Jews from Mińsk Mazowiecki is being restored by junior high and high school students who participate in the School of Dialogue workshops. Their teacher Ms Katarzyna Łaziuk who helps students with their projects, claims: “I was aware that before the war Jews constituted a significant part of the population of Mińsk Mazowiecki, i.e. 30%, and sometimes 40%, but I did not deepen my knowledge in the area. But since we have began our cooperation with the Museum and the Forum, I have my eyes and ears wide open to this topic. The history of Mińsk Mazowiecki cannot be told without Jews who co-established it”. 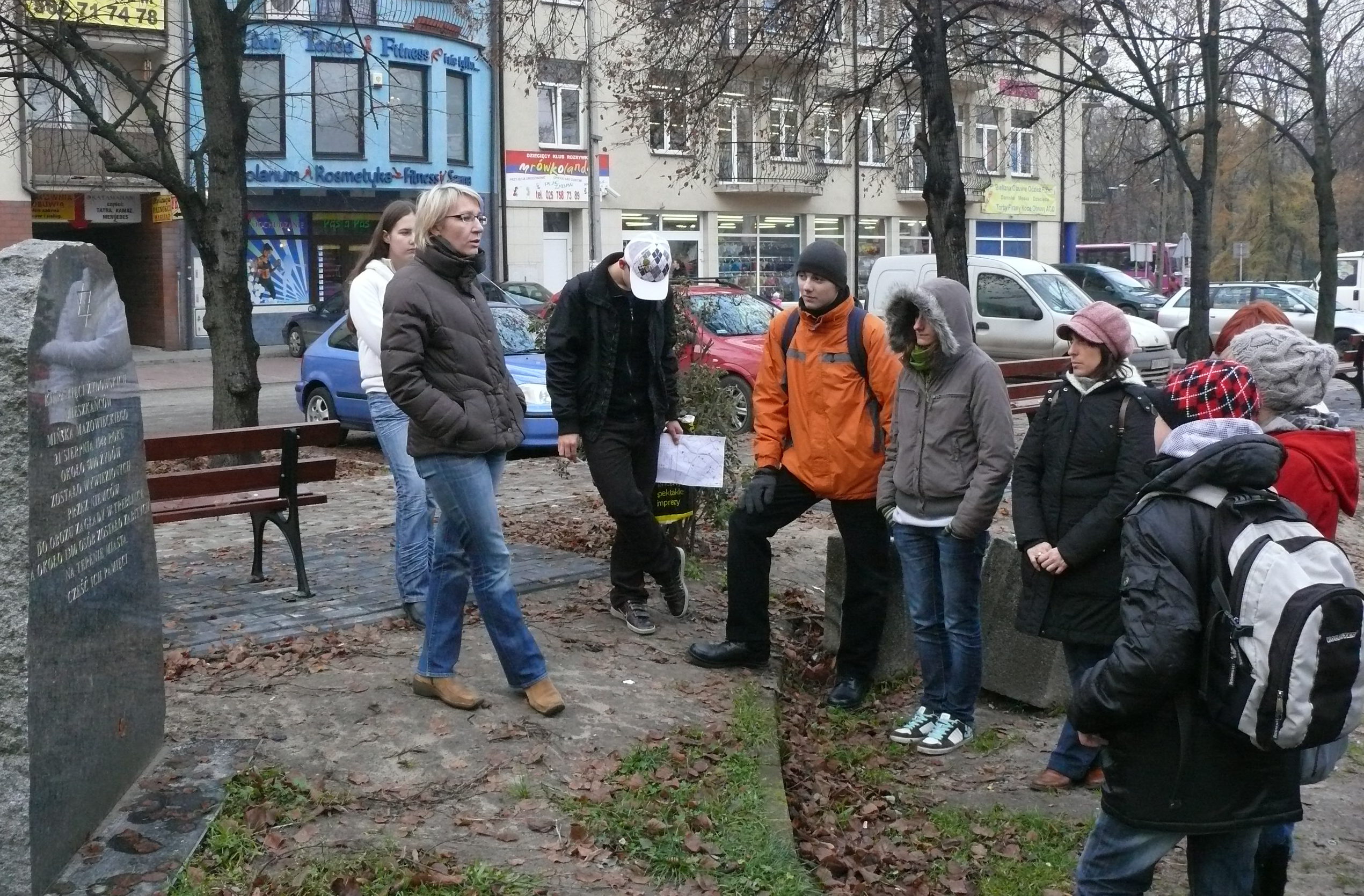 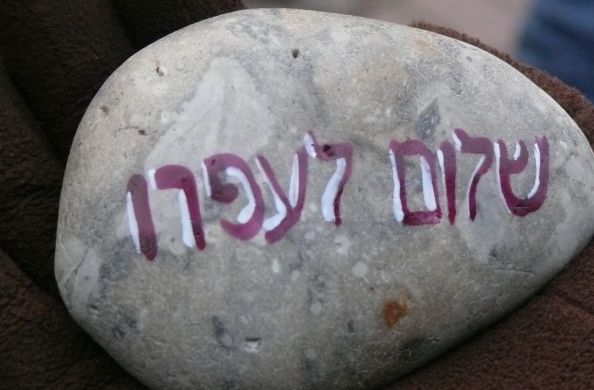 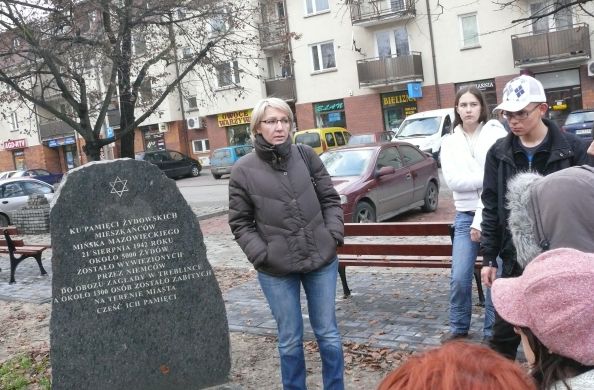 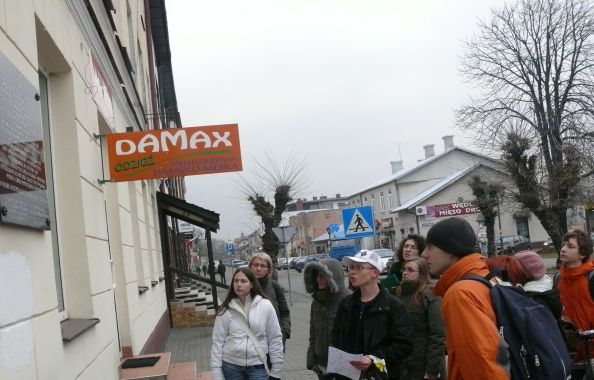 Inspired by Forum educators and their engaged teacher, students participating in the project organize a walking tour following the footsteps of Jews from Mińsk Mazowiecki for their peers from a neighboring junior high school. When walking among matzevot at the Jewish cemetery, they explain to their peers what the inscriptions on headstones mean. They place stones by the monument, with this act being a traditional gesture to commemorate the dead. One of the students prepared a leaflet about the Jewish cemetery. When in the street where Jews once lived, students offer Jewish specialties.

In the end, two girls sing a song they wrote about Mińsk Mazowiecki.

The nostalgic melody of “Miasteczko Bełż”  (Mein Sztetele Belz) resonates around the town streets, telling the  story of the local Jewish community.

Students wonder what else they could do. Maybe they could establish cooperation with the town authorities and mark places which have not been commemorated until today? Make commemorating plates, prepare a heritage trail, publish information on a website? The School of Dialogue workshops seemed to struck a chord, students visibly feel responsible and aware of local history, they are willing to act.

From that moment on, there has been a recurrent need to organize workshops about the Jewish community. I became an initiator of these types of actions at school. Even though such activities require students to devote their time after school, often also on Saturdays, they keep asking when a next project will take place.