School of Dialogue at UNICEF Junior High School No 1

Despite the fact that Jews lived in Oborniki since the 16th century, there are very few traces of Jewish settlements here. The synagogue built in 16th century did not survive until present and the Jewish cemetery was all but destroyed during the World War II. The Jews from Oborniki identified themselves with German culture and language, and were strongly assimilated already during the Prussian rule. Around 400 Jews lived here in the 19th century, but after the First World War most of them left Oborniki. On the verge of the World War II only about 60 Jewish people lived here. During the German occupation Oborniki were part of the Third Reich. A part of the population was resettled to the General Governorate, a part was sent to forced labour to Germany.

Jews were transferred to Szydłowiec. Probably only one Jew from Oborniki survived the war – Erika Rotholz.

From the very beginning of the workshops, students demonstrated substantial knowledge on history and culture of the Polish Jews. They shared their thoughts freely and enthusiastically participated in activities. They were particularly interested in questions of Jewish education, the role of a rabbi and Jewish social life. Jewish holidays and ways of celebrating them were also very interesting for them. A discussion about multi-culturalism and future development of Poland ensued. 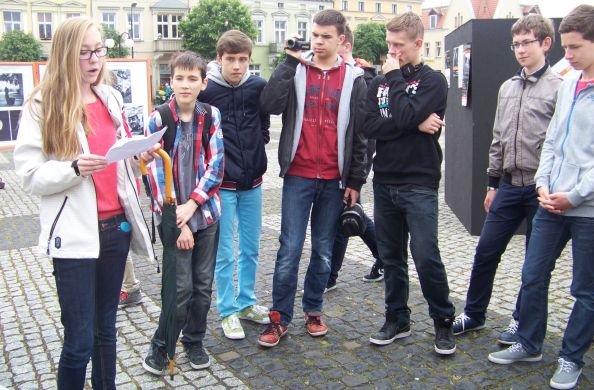 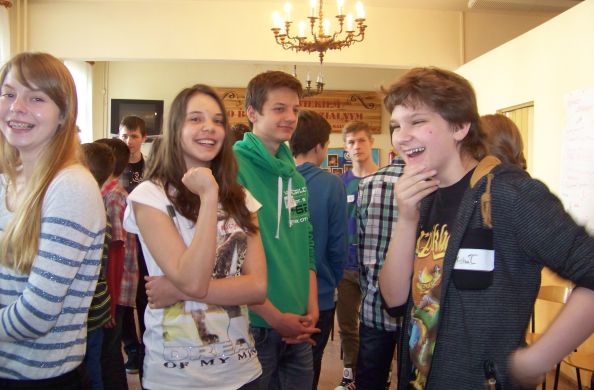 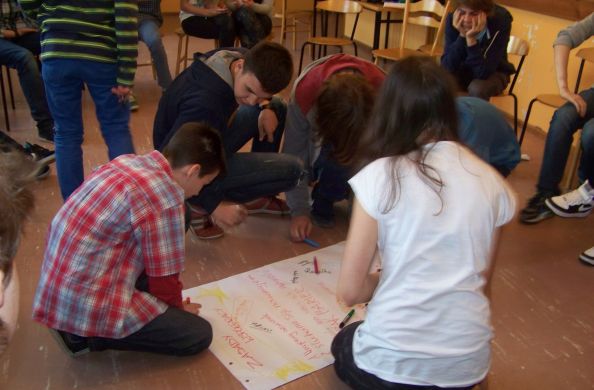 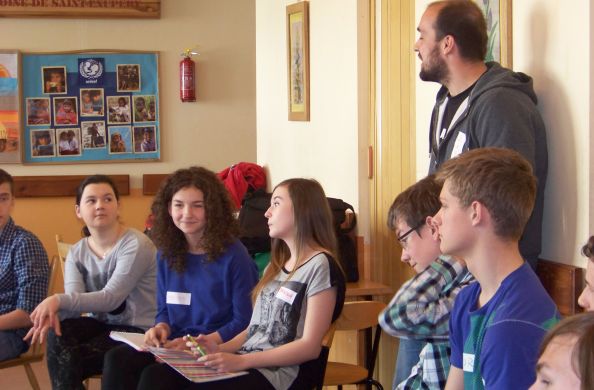 During preparations for the tour following the footsteps of Oborniki Jews – a final activity in the School of Dialogue program – the students collected many archival items, included previously unpublished photos of the synagogue. A teacher of German translated a part of a chronicle describing Jews of Oborniki, and Jadwiga Czypek and Teresa Łuszcz shared their memories of how life in Oborniki looked like before the World War II. The students talked also to their grandparents, learning how the marketsquare looked before that war, and who lived where. The workshops were also a chance to ponder about memory and remembrance and the void, which in our history was caused by the Holocaust. According to their statements it made them more open and looking at the past in a wholly new way. A location based game was included in the tour, with other students and teachers as participants.

The tour’s leitmotif was Celina Kleczewska – a Jew living in Oborniki before the war. The organizers showed the participants the mikveh, a place where the synagogue used to be and the marketsquare, then everyone went on to a sawmill, belonging to a Jew before the war, where also Poles and Germans worked. This sparked off discussion on relations between those three nations. Then the trip participants went on to the Jewish cemetery, learning among other things about Jewish calendar. The trip was concluded with stories about kosher cuisine and sampling of Jewish dishes made by the students. The activities were supported by the Town Office and the Town Archive. The students also prepared a multimedia presentation on the trip and videos on all stops of the location based game.

I think this was a great idea, as I can learn about the culture of a different country, different nation.