Around 22,000 people live in Ostrów Mazowiecka today. In the 19th century, Jews who moved to the town from Lithuania and central Poland, constituted nearly 60% of its population. The town itself is located in central Poland, almost 20 kilometres from Treblinka. The tragedy of Jews from Ostrów Mazowiecka, however, happened here, already in 1939. Germans gathered the majority of them at site of the brewery owned by Tejtel, a Jew; they were ordered to dig up pits and then shot with machine guns. Memory of them is slowly fading, especially among the youngest generation who do not even know that their town used to have a multicultural history.

“We were discovering the old times. We were cautiously passing by those places which we go by every day in a hurry. We would stop at those where only traces of human footsteps are left.”

This is what second-year students from the Nicolaus Copernicus High School in Ostrów Mazowiecka wrote about their participation in the School of Dialogue program. During the workshops led by Forum for Dialogue educators, they slowly started to discover a completely unknown to them history of their town. They found out about the existence of many places connected to the history of Jews who once lived in Ostrów Mazowiecka. They learnt about their tragic fate during the World War II. Young people showed a lot of interest in Jewish culture and tradition, and attentively listened about Jewish holidays and principles of Judaism. They also talked about Treblinka, a death camp located just a few several kilometers from the town. Young people were very interested in everyday life of Jews from Ostrów Mazowiecka. Therefore, they decided to talk with the oldest town residents in order to get as many details about the pre-war life at town as possible. 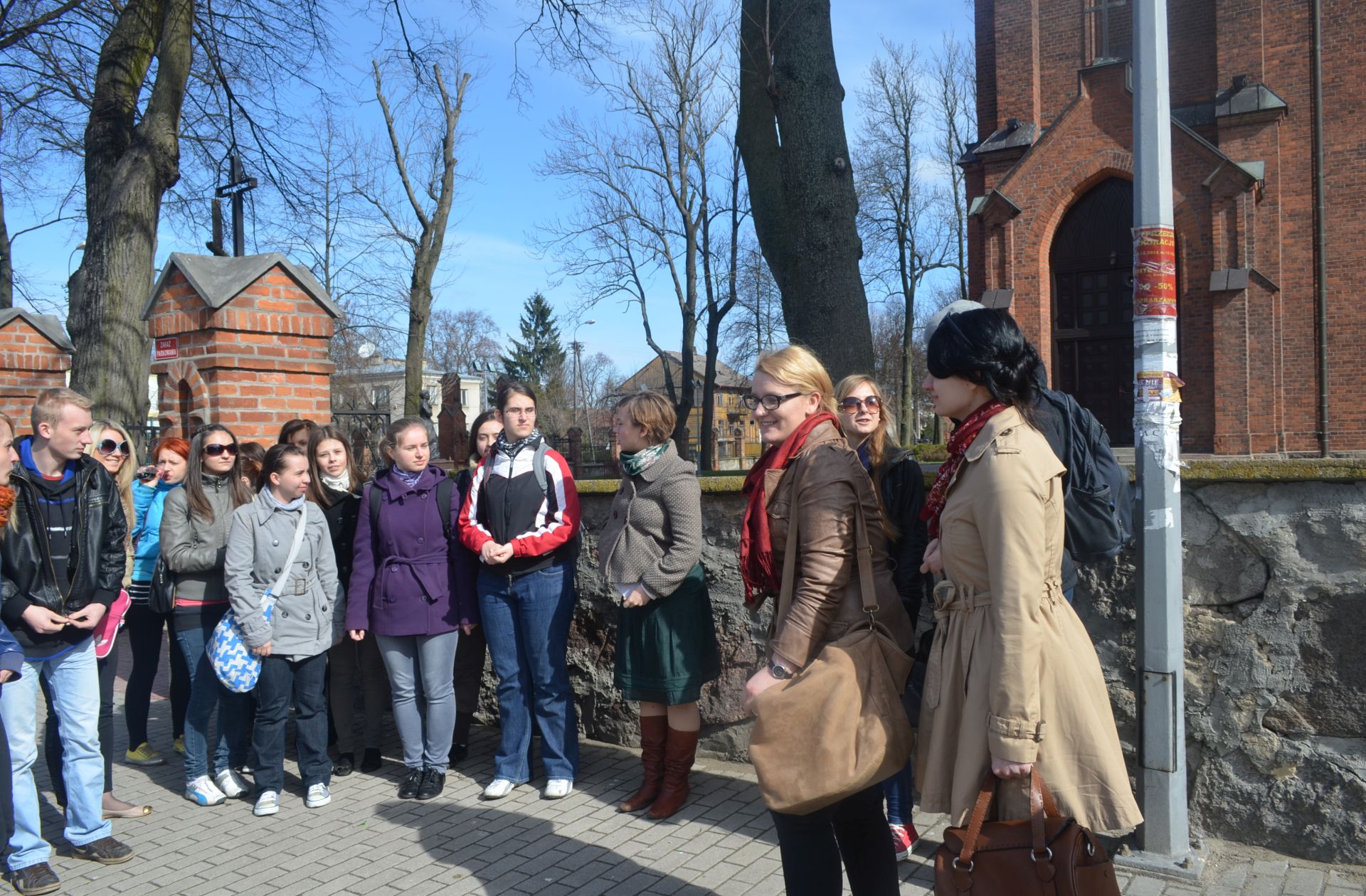 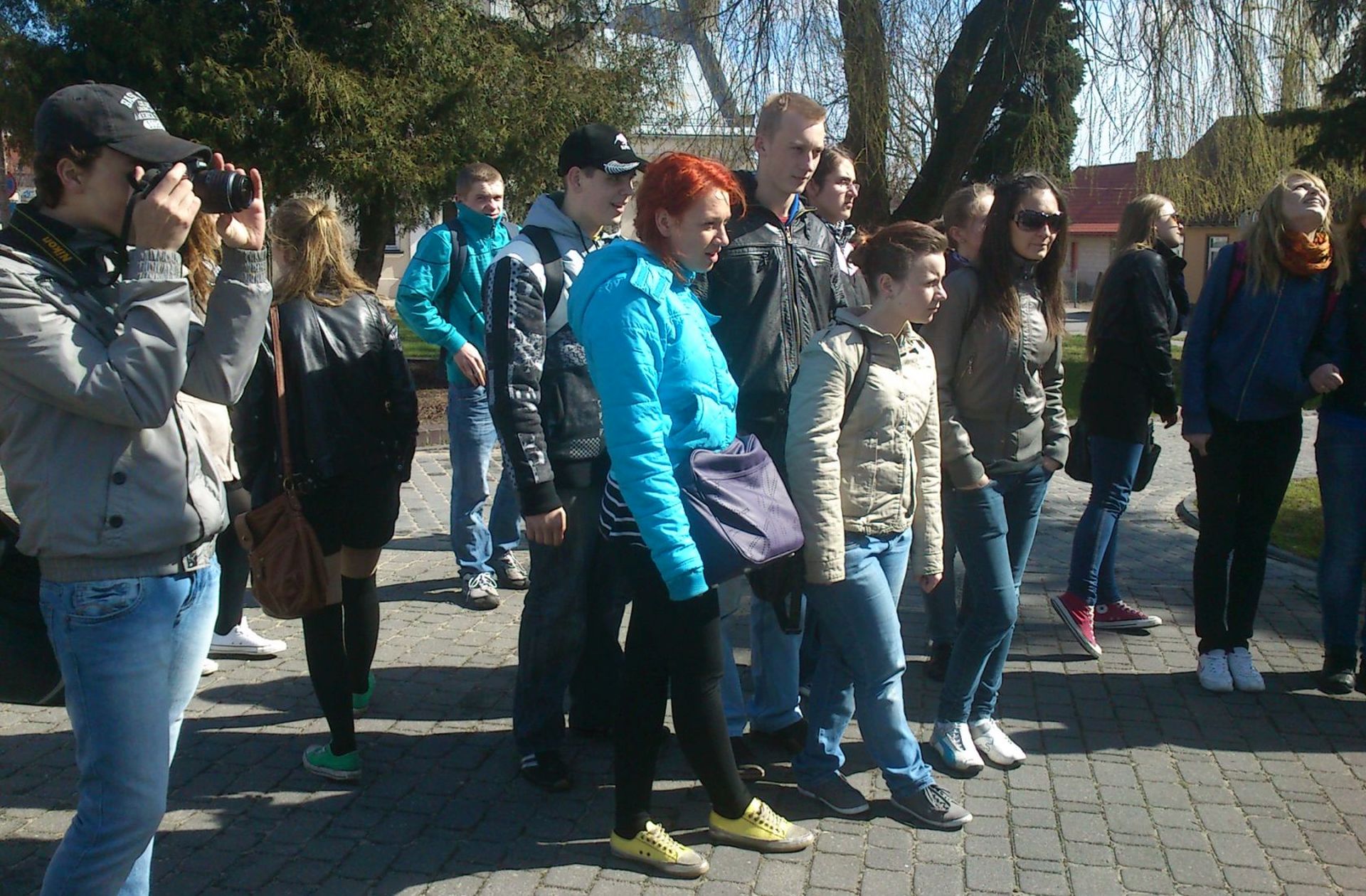 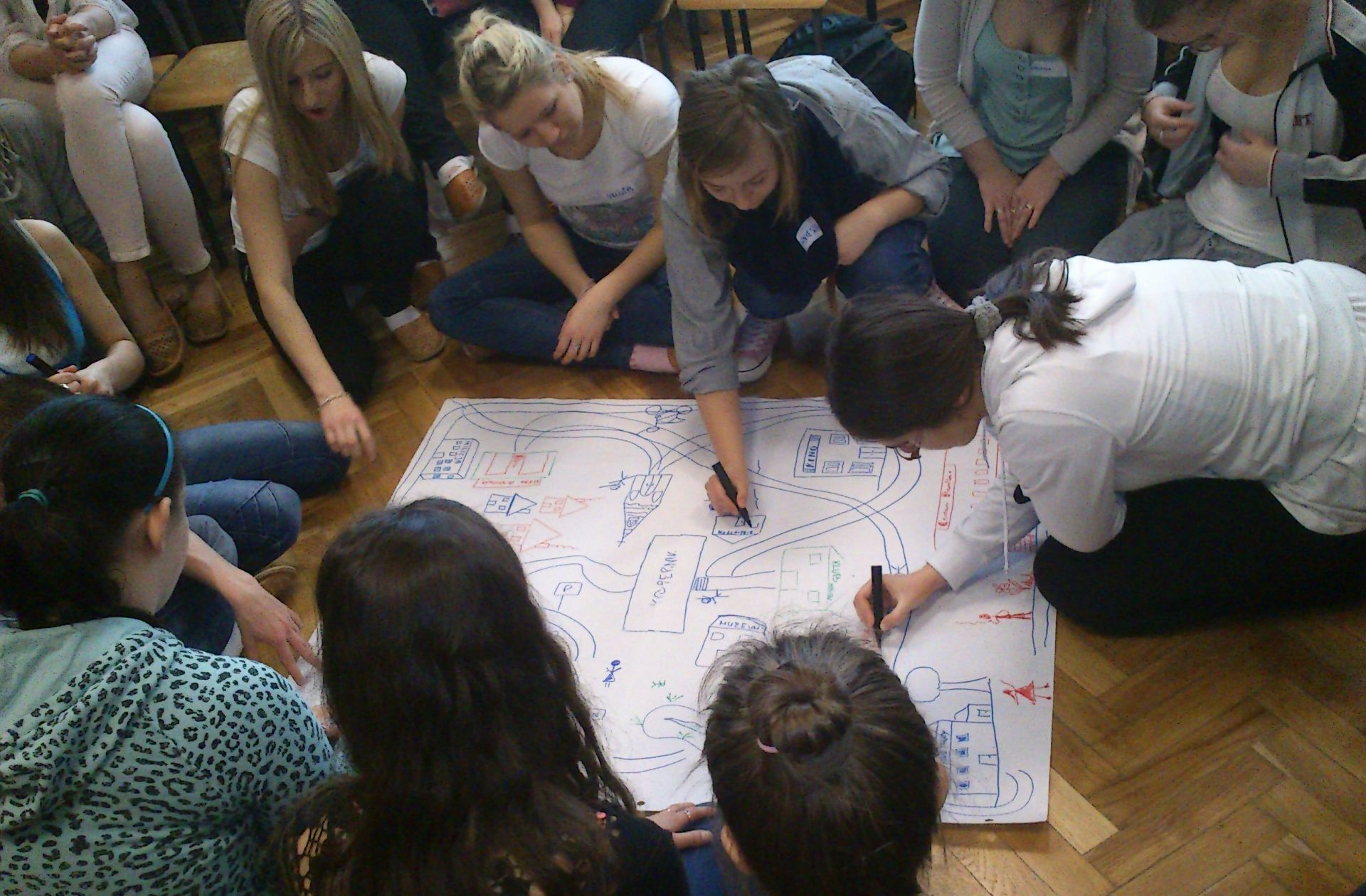 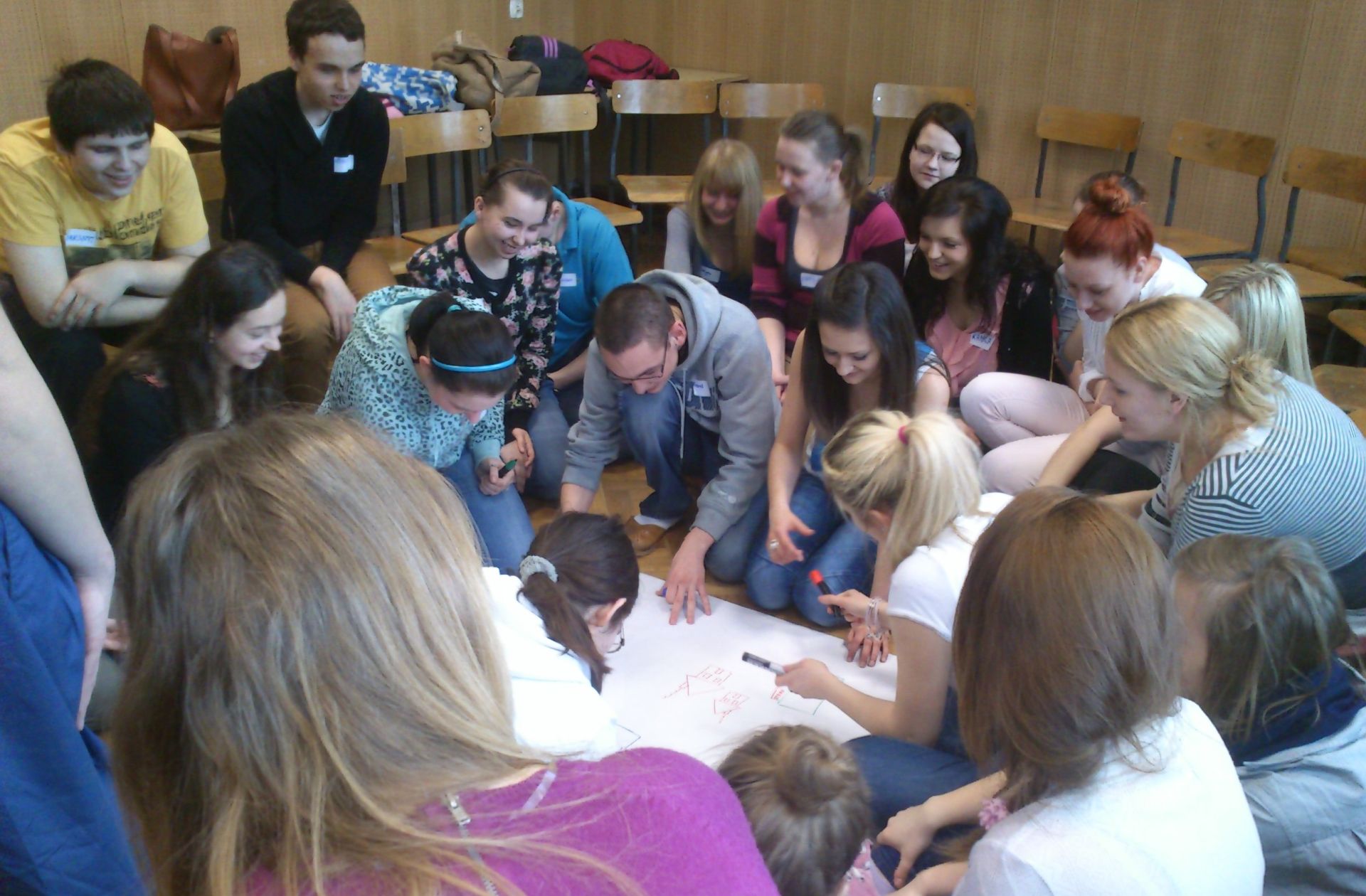 This helped them to accurately locate where the synagogue, butchers’ shops, Jewish houses and the cemetery used to stand. They listened to stories about different shop owners and what they sold. They also found many photographs of the pre-war town. Their curiosity grew with each day. And, at the last workshop, young people met Ryszard Ejchelkraut who in details described them how Ostrów Mazowiecka looked before and after the World War II.

During the School of Dialogue workshops, the high school students ,also organized a walking tour following the footsteps of Jews from Ostrów Mazowiecka. It included places connected to the Jewish community. Today, the students view the town very differently.

The final part of the high school students involved the event “Ostrów Mazowiecka – a town of neighbors. History read anew”. Students invited teachers, parents and their peers from local junior high schools for the event. They took care of every possible detail to make the meeting with Jewish culture and history an unforgettable experience for all of them. There was even a table with a menorah, matzah and challah. They talked about their participation in the School of Dialogue workshops, about what they discovered and learned. They showed a presentation, photos and films.

”It does not matter that the workshops have finished, I intend to broaden my knowledge on this issue” – this is how Karolina summarized the workshops, as many of the students awakened in themselves the need to do more.

I have learned a lot during the workshops, mostly because they helped to break stereotypes about Jews. Because of the workshops I more often think to maybe bind my future with discovering history and culture. I am very grateful to my educators as they have unconsciously gave my life a direction.

I do think that a knowledge of history of nations who lived in my town will help me acquire a new perception of the surrounding world. Jews were attached to Ostrów and treated it as their own small homeland. The truth is that they were just like us.

During these workshops, I learned a lot of interesting things about Jewish culture and the Jewish history of my town. I was very impressed by what I learned and it provoked a reflection. I think that everybody should participate in such workshops in order to explore another culture as well as history of their town.

School of Dialogue program in Ostrów Mazowiecka was made possible by the support from ZNAK PUBLISHING HOUSE.