Ostrowiec Świętokrzyski is located in the Świętokrzyskie province and has 70,000 inhabitants. Jews began to settle here in the middle of the 16th century, when Ostrów was transforming from a settlement into a town. In the 17th and 18th century, the town was owned by noble families, and back then a Jewish community existed and administered a cemetery and a synagogue. In the 17th century Jews constituted around 20% of inhabitants, in the 18th century it was 35%, whereas in the 19th century – half of the town’s population. In 1928, Jews of Ostrowiec held one-third of positions in the town council and the majority in the county council. There were four synagogues and forty two house of prayers operating in the town. On September 7, 1939, the Germans invaded the town. They created a Judenrat and forced the Jews to work in German factories. In 1941 the Germans established a ghetto, and the first deportation to Treblinka began in 1942.

In 1943, the Germans sent a group of Jews to the work camp in Sandomierz and Blizyn, and a work camp was set up in the local mill. The camp was liquidated in 1944, and the remaining Jews were sent to Auschwitz. In May 1945, less than two hundred Jews lived in Ostrowiec. Most of them left abroad, the rest stayed until 1968.

During workshops led by Forum for Dialogue educators, the students demonstrated a dose of maturity, interest and involvement. They wanted to deepen their knowledge about Jewish culture and history, they rediscovered the history of their town and its inhabitants, they discussed the question of identity. “I discovered Ostrowiec from the times of war and prewar. I became closer with others and I learned a lot about myself,” one of the students concluded. 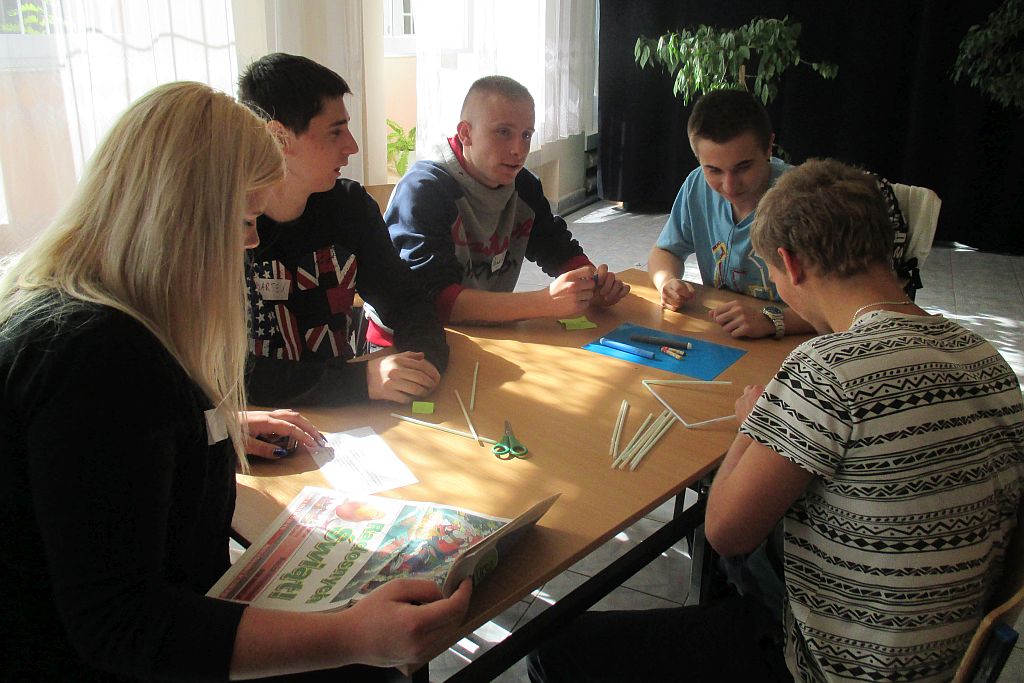 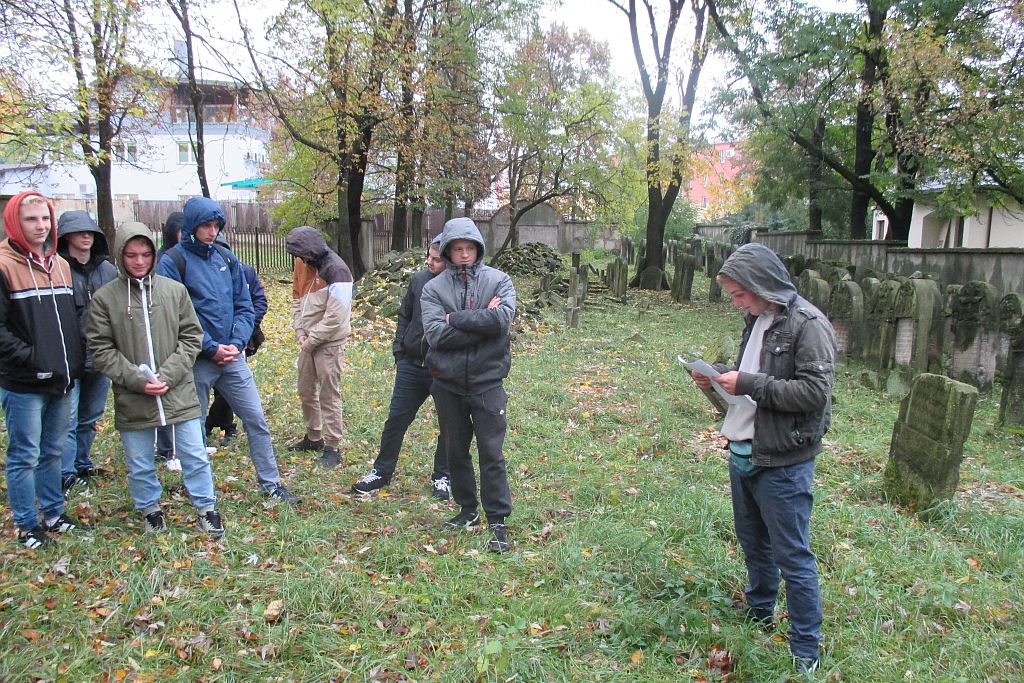 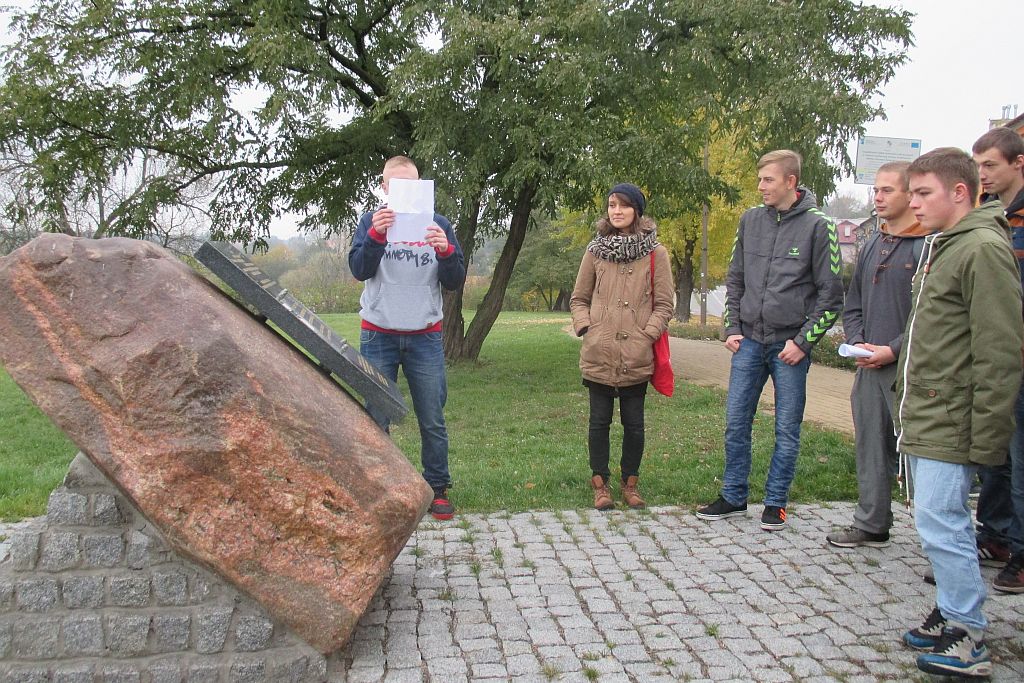 The students prepared two walking tours as part of the project. One was directed to senior citizens attending the Third Age University, and the other one to the junior high students. Both tours included the same route. All the participants received brochures prepared beforehand by the students, which included a map and a glossary with the most important terms. The first stop was the cemetery. The guides talked about the history of the cemetery, funeral customs and explained the symbols on matzevot. While at the Skarpa residential area, they talked about the history of the ghetto in Ostrowiec and the Holocaust. They mentioned 11,000 Jewish inhabitants who lost their lives here. When the tour participants reached the monuments commemorating the Jewish community, one of the students presented the history of the synagogue.

Next, they went to 3 Maja Avenue. There, they learned what a mezuzah is, who Ludwik Wacholder and Leon Spilam were. The next stop was the square market where the guide talked about Jews of Ostrowiec. At the end, they all went to Iłżecka Street where a house of Heine once stood. A judenrat was located there during the war. The students showed reproductions of prewar photos, plans and maps throughout the walking tour.

As part of their final report, the workshops participants prepared a presentation and a movie, and published information about their endeavors on the school’s website.

I learned a lot about the culture and history of Polish Jews before the war, during the war and after the war. I learned a lot about my town and its inhabitants. Thanks to these workshops I understood the problems of Jews and got rid of anti-Semitic ideas. I found out that Jews were here almost from the beginnings of our nation’s history and many of them considered themselves Polish.

It was a great idea to organize a walking tour as we could present the history of old Ostrowiec and the Jewish community of Ostrowiec to other inhabitants.

I had no idea that there was so much going on in Ostrowiec in the past and that this town looked different. I am glad I could gain new experience by organizing the walking tour, discovering many places connected to the history of the town, about Poland and Jewish culture.