“Many years have passed,

These words of the famous song about the town of Belz were beautifully sung by one of the girls from Edward Szylka High School Complex to the participants of the walking tour entitled “Following the Footsteps of Ożarów Jews”. On 1 December 2014, a group of students involved in the “School of Dialogue” project organized an educational walking tour in the form of a location based game for the representatives of student councils from various schools in Ożarów. This undertaking was the final element, crowning two months of their work under the project.

Ożarów is a town in Świętokrzyskie province. It was established in the 16th century, and it was then that Jews appeared in it, too, dealing mainly in trade.

There were periods when they formed the majority of the town’s population. At the end of the 18th century the Jewish community not only had a synagogue, a rabbinate, and an inn, but also a mill and a school. In 1735 there was an independent Jewish community office in Ożarów. During the interwar period Jews constituted two thirds of the town’s total population, dealing mainly in goat breeding and fruit trade. After the town was occupied by Germans in September 1939, the plundering of Jewish houses and shops, as well as persecution of citizens started. In January 1942 a ghetto was established in the town, which was subsequently liquidated on 15 October 1942. Three thousand citizens were gathered in the town square and most of them were transported to the death camp in Treblinka, while approx. 700 people were taken to the labour camp in Skarżysko-Kamienna. Today, the only signs of the Jewish community in Ożarów are the cemetery, the converted synagogue, and the compact development of the town’s centre. 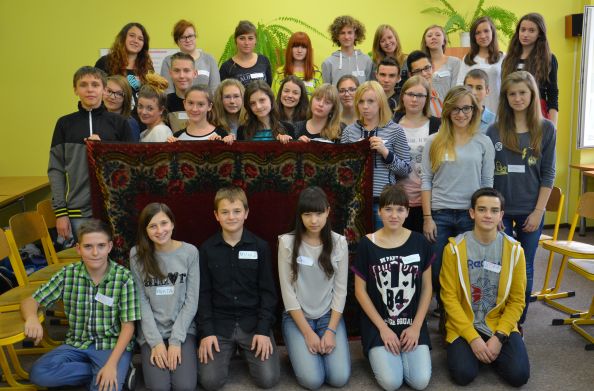 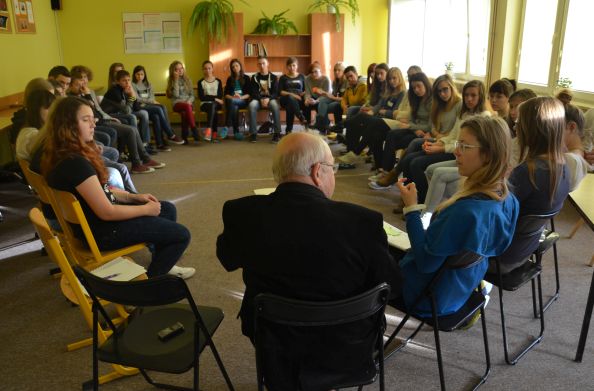 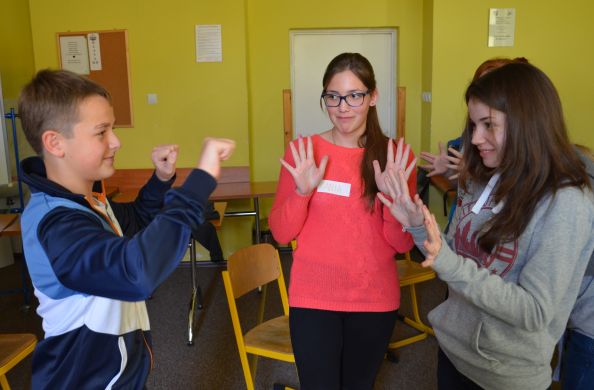 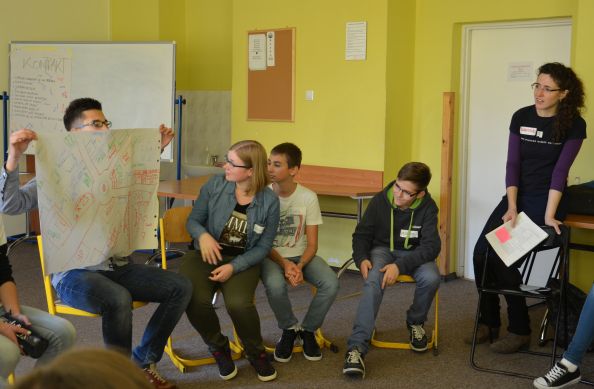 Under the project the students carried out and documented interviews with those of Ożarów inhabitants who remember the pre-war times, and they also created a mobile photo gallery entitled “Ożarów through the lens: then and now” in which they compared archival photographs of the town with modern ones. One of the students’ initiatives under the project also included cleaning the premises of the Jewish cemetery. However, the most effort was put into organising the walking tour in Jewish Ożarów. It was attended by 50 students. School principals were also invited to participate. Initially everyone had to familiarise themselves with the materials prepared by the tour’s authors: a presentation about the history and religion of the Jewish people, as well as the photo gallery about the traces of the Jews’ presence in the pre-war Ożarów. Next, the tour participants, divided into 3 groups, went for a winter walk. At each stop they learned something new and had a task to complete. The most interesting tasks included: pairing up the photographs of distinctive spots of old and modern Ożarów, a quiz checking the participants’ knowledge about the old synagogue, learning Yiddish expressions, looking for elements of architecture and visual traces of the Jews’ presence in Ożarów, as well as reading the symbols represented on the matzevot in Ożarów. After returning to the school the excited participants watched another presentation, this time about the Jewish culture, traditions, and cuisine.

They also listened to interviews with Ożarów’s citizens recorded during the work on the project and they sampled apples dipped in honey – a traditional snack served during Rosh-Hashanah.

The whole event strongly involved all participants and turned out to be a valuable lesson in history and tolerance. The young people realised that Jewish heritage is an integral part of their home town. However, the ambitious organisers weren‘t satisfied with this one-off undertaking. They wanted their actions to be continued. To this end, they created the project entitled “Pass it on, to remember” under which they drafted a workshop scenario aimed at passing on the knowledge gathered during the excursion. This way the representatives of Ożarów’s student councils were equipped with complete sets of materials with which they can organize their own workshops regarding Ożarów Jews in their schools.

The students’ project was also mentioned in the media. Thanks to the articles on the school’s website and in the “Ożarów” magazine, as well as thanks to the broadcasting of the film by the Ożarów TV station all town citizens could expand their knowledge about the historic and cultural heritage of Jews in Ożarów. Another source of information about the “School of Dialogue” project in Ożarów is the students’ report produced as TV news – “Ożarów News”.

I learned many interesting things regarding Jewish culture and learnt organisational skills that will be useful when working in a group or leading a team.

I hope that this project will make the citizens and the authorities in my town pay more attention to looking after the places related to Jewish culture: the cemetery and the synagogue.

This project connects people because we hold interviews with our grandparents and bond with them.

In my opinion this project gives us insight into the lives of people who came before us. It also teaches us about community and understanding among people. It teaches us life and hard work that needs to be put into everything we do.

The skills of interviewing people and researching information will stay with me forever, just as the nice memories from the meetings.