Piastów and Pruszków are towns near Warsaw. Piastów is the smaller one, only 22,000 inhabitants, bordering Pruszków on the south-west. Second year students from the ZbigniewGęsicki “Juno” Junior High School take part in the School of Dialogue. The students learn about history and culture of Jews, particularly in the neighbouring Pruszków, where 6% of the pre-war population was Jewish.

Pruszków treasures its history today. The town’s web page contains a tourist route “In the footsteps of Pruszków Jews”. There you can learn about the ironmonger’s owned by the Kligs, where McDonald’s is currently situated. Leon Klig died of exposure during the war, as a man did not let him enter his house, fearing the consequences.

His wife and daughter survived thanks to help from Stanisława Pecek, awarded the Righteous Among the Nations title. There are remainders about anti-Semitic attacks from 1920s and 1930s, the social action “Don’t buy from Jews”, destruction of Jewish shops. There are descriptions of how Jewish gingerbread tasted from Birnbaum bakery, how the synagogue and the mikvah looked like. Story of Zylberbart, Bigielman, Goldsztajn and Wajscberg. And a comment below: “I’m proud to live in a town where Jewish community used to be so vibrant.”

Those students from Piastów, despite being very young (13-14), delve into the history of Pruszków Jews. 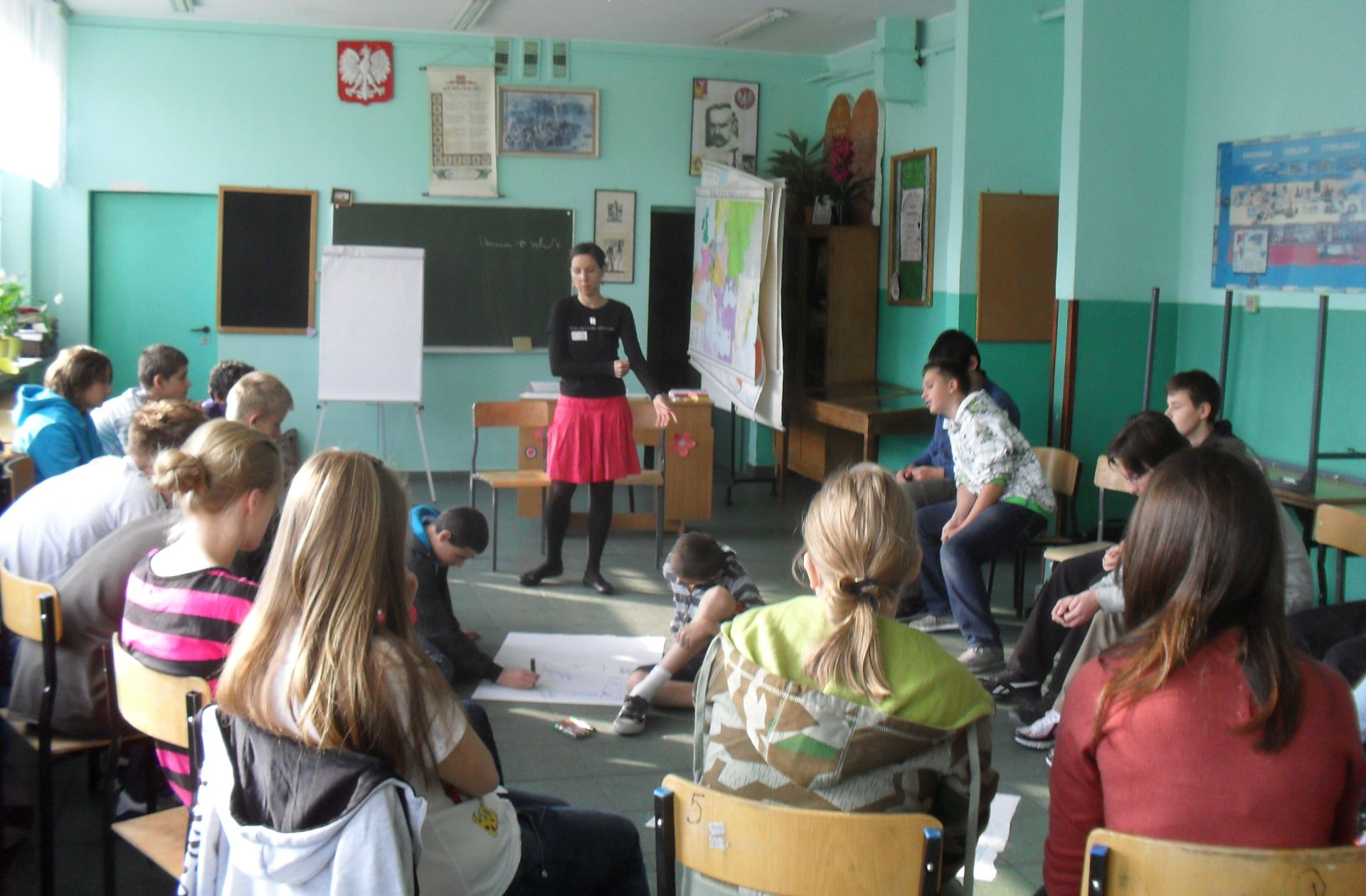 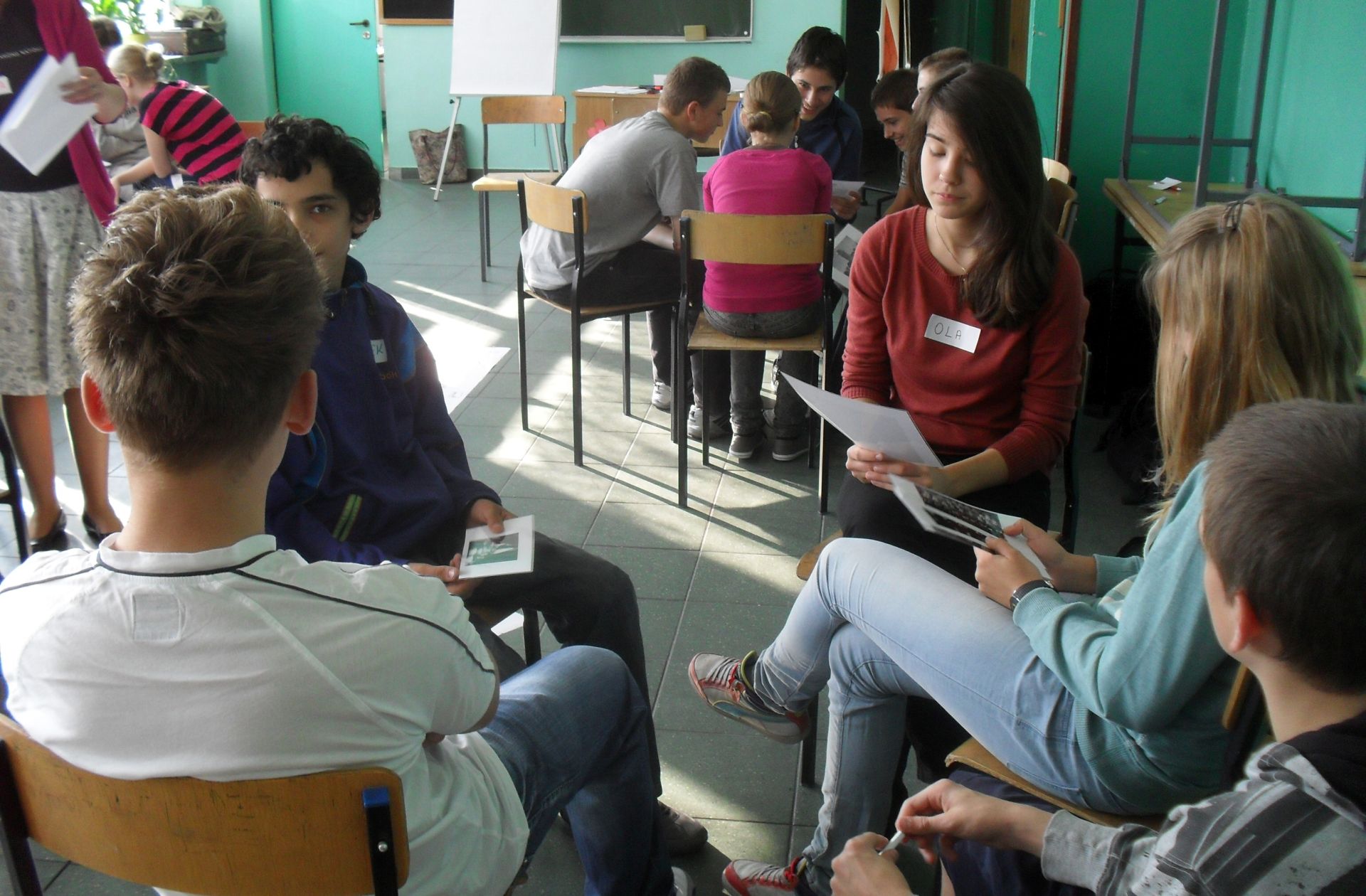 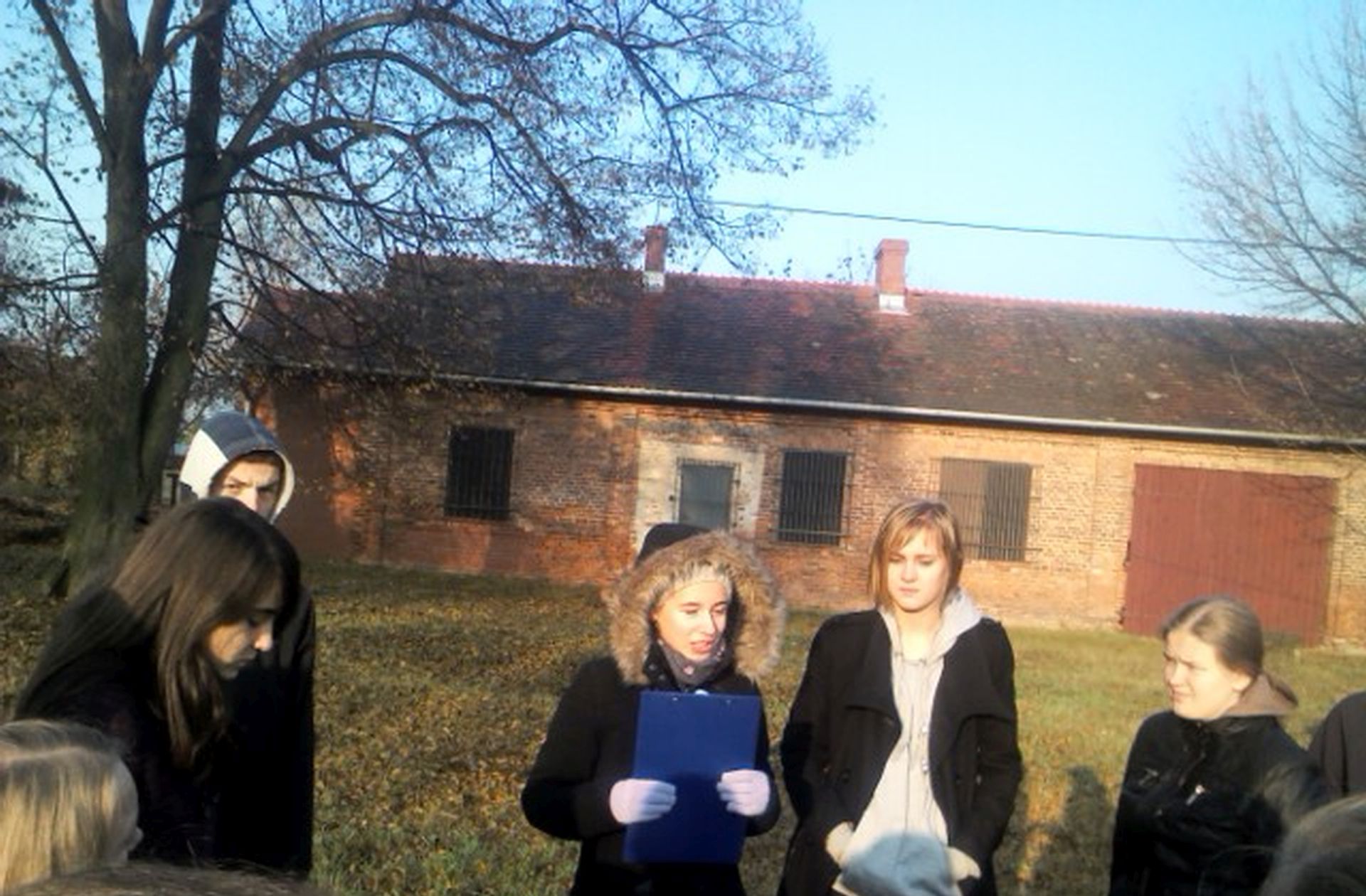 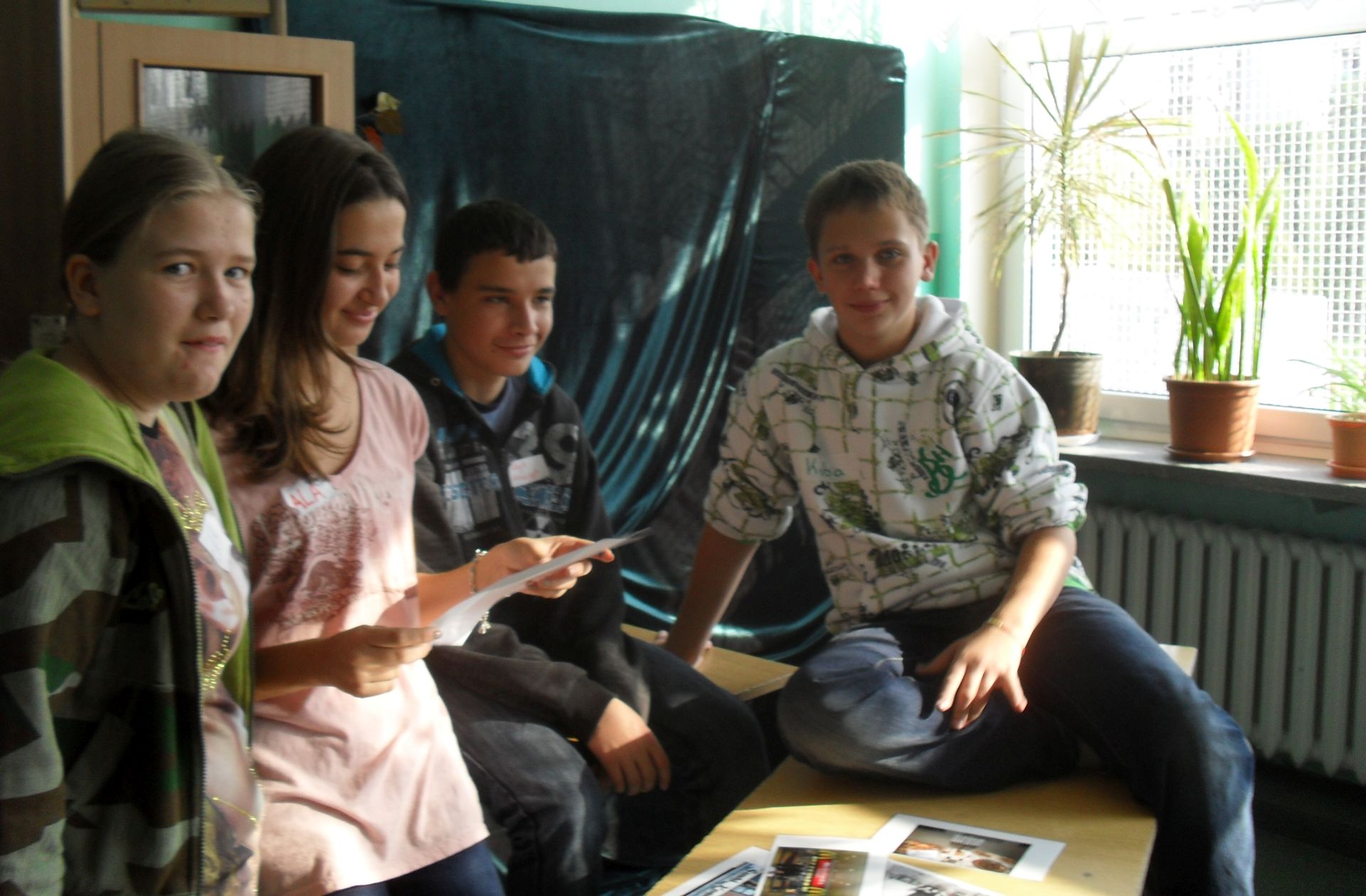 They learn the use of the mikvah and take photos of its remaining floor. Not so long ago they did not know the location of Jewish cemetery in Pruszków, today they know what symbols on Jewish tombstones mean. They just learnt that there was a ghetto in Pruszków, and now they talk about its borders to younger students.

As a part of the School of Dialogue, the students from Piastów took their younger colleagues for a walking tour “Following the footsteps of Pruszków Jews”. It was a rainy day in early December, when two groups of students went to Pruszków by bus. The second year students are guides to their younger colleagues today. They had been preparing for the trip for weeks, working with Forum for Dialogueeducators and gathering information.

The trip will be video-documented. The first stop is where the synagogue, the mikvah and the ghetto used to be. They tell their colleagues about the basic tenets of Judaism, the abysmal living conditions in the ghetto, about the Righteous Among the Nations. They visit the Jewish cemetery – it used to abandoned, now with a restored fence. After the trip there will be a documentary and a photo album about it, showing their involvement. They write to the Forum educators how happy they were about the trip and the possibility of participating in the program. It was their first project work. They learned new skills, new competences, they broadened their knowledge and they met the story of people who for decades lived there and co-created the Pruszków community.

I knew very little about Jews, maybe the content of one history lesson … I had no contact with these issues, my knowledge was next to nil, and no one gave me an opportunity to learn more, until the workshops made it possible for me to learn about something not many people know about in an interesting way.

I was inspired to learn more about Jews after getting to know about their history. I’m sure that in the near future I will want to attend a lecture in Warsaw about Jews during the war.

Project co-financed from the funds granted by Taube Foundation for Jewish Life & Culture.