They organized two walking tours and an exhibition in the city hall. They made banners, booklets and shot a film. They established ties with local institutions and gained their support. These large-scale actions were all orchestrated by a group of high school students from Pilica.

Pilica is part of Silesian voivodeship and is home to less than 2,000 residents. In all likelihood, Jews would arrive in the town already in medieval ages, but first written mentions about Jewish residents date back to 1581. At the end of the 16th century, a Jewish settlement with its own synagogue and cemetery already existed in Pilica. In 1638, castellan Stanisław Warszycki removed Jews from the town; they would only come back to Pilica at the end of the 1600s. In 1711, a Kehilla was established in the town. In 1763, the last session of the Council of Four Lands was held in Pilica. In the 19th century, the Jewish community experienced dynamic growth. A Jewish school was opened, Jews worked as merchants and craftsmen, and owned many houses around the main square as well as the electric plant, a theater, a mill, a lumber a soda drink factory and over twenty other companies. In the second half of the 19th century, Pilica was consumed by a number of fires and many of its residents moved to other towns. In 1941, Germans created a ghetto in Pilica that became home to over 2,000 Jews.

In 1942, all of them were taken to a camp in Wolbrom and later to concentration camps. Most of them did not survive.

From the first workshop, Pilica students showed great curiosity, positive attitudes and commitment. Through meetings and conversations with Forum for Dialogue educators, local history buff Aleksander Kot and other residents they enriched their knowledge about Jewish culture and history. They also became more aware of their town’s Jewish past, learned about the importance of sites such as synagogue, cheder and Jewish cemetery, as well as altered their ways of thinking. “The knowledge I gained through these workshops will definitely be of use to me in the future. I will stop stereotyping,” admitted one of the participants. The need for commemoration also became important to the students. “I gained new knowledge about Jewish material heritage in Pilica and I now believe that the sites that have not been destroyed by people or time should be protected and maintained. People should be made aware of their existence and importance,” stressed a workshop participant.

For their final project, students organized a walking tour through Jewish Pilica and an exhibition in the town hall. 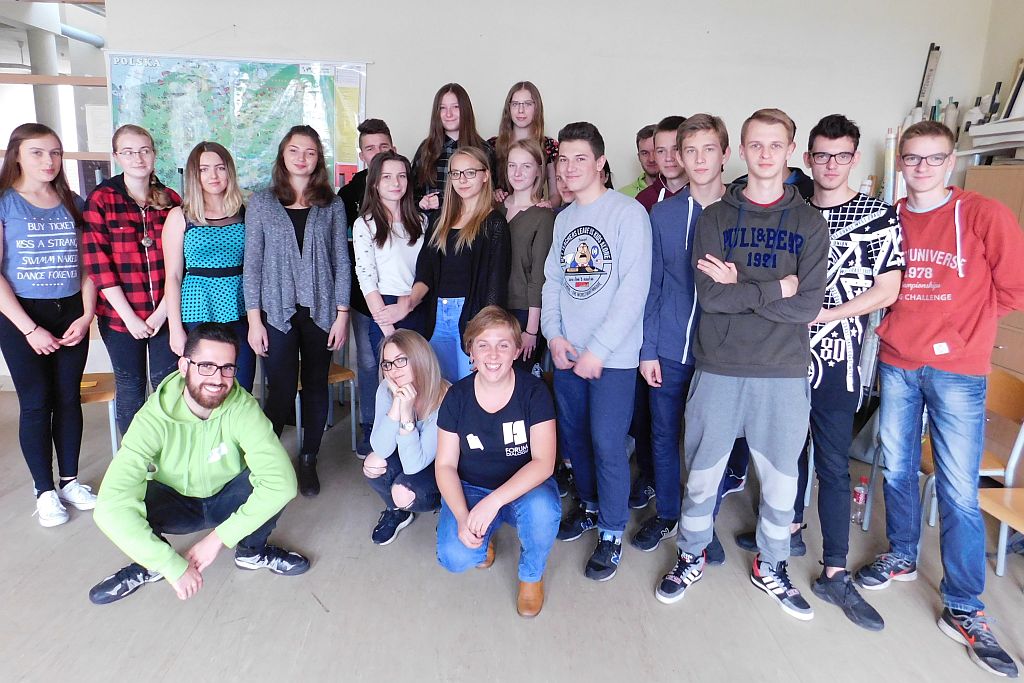 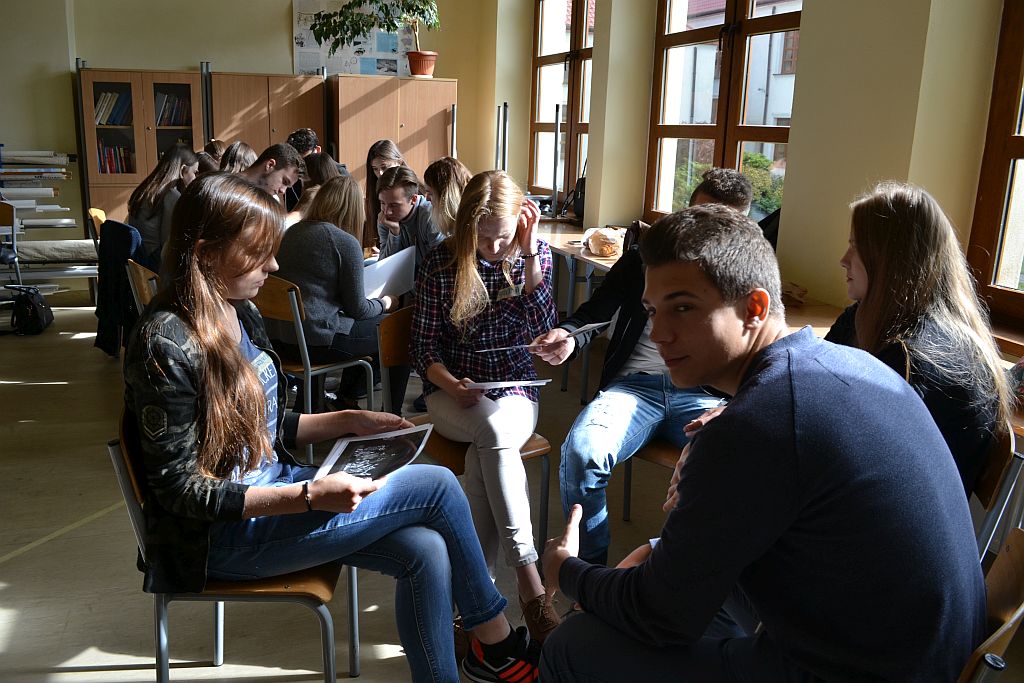 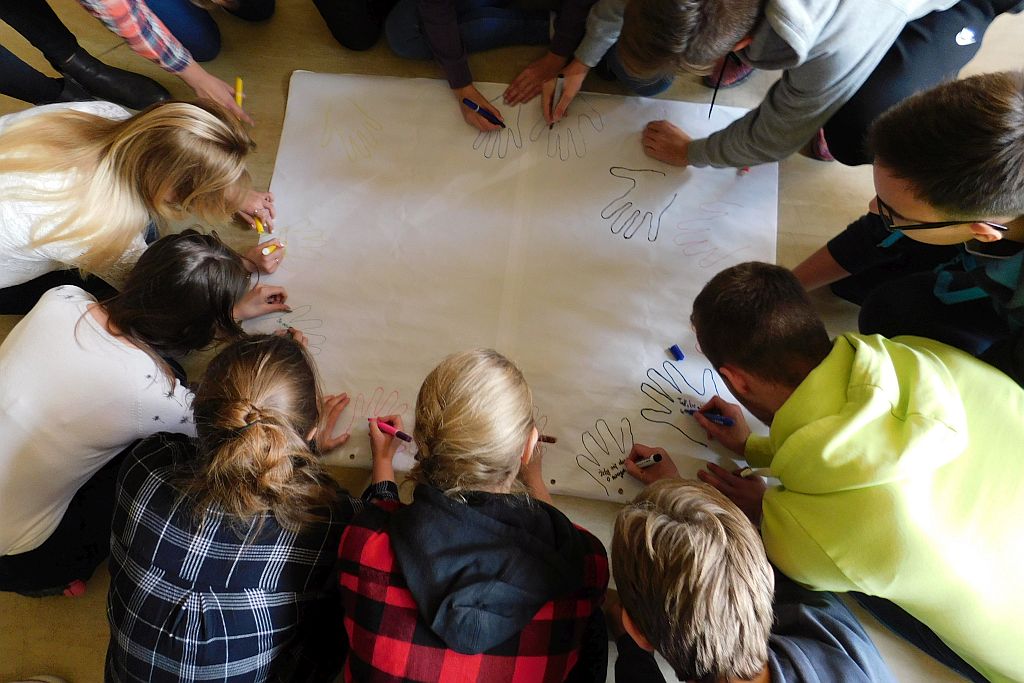 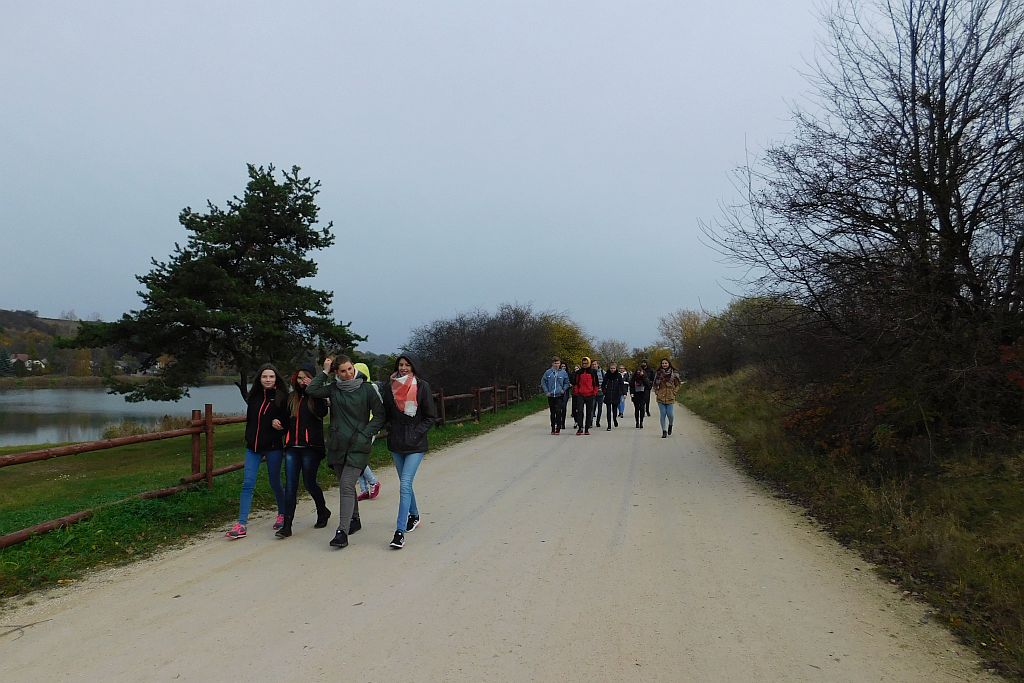 On December 9, the group waiting at the tour’s starting point in front of the School Complex included secretary of Pilica Municipality, head of the Municipal Public Library, head of the local historical society (Towarzystwo Jurajskie), postulants from the Franciscan monastery and students from two high schools in Zawiercie. The group first headed towards the new Jewish cemetery. Established in 1842, the site boasts 327 surviving matzevot. Student tour guides presented the history and importance of the site and then lit candles. Next stop was in front of Pilica Palace’s defense walls, where mass executions were organized by Germans during World War II – around 80 Poles and 70 Jews were murdered at the site. The next stop was the site of the town’s first Jewish cemetery, now a bazaar. Not a single headstone remains to be seen. Students presented the story of the town’s first synagogue next to St.Barbara’s chapel, pointing out the sites of the synagogue, cheder, mikveh and kosher slaughterhouse. The final stop of the tour was the main square, where students provided an overview of Jewish history in Pilica.

After this introduction, everyone headed to the town hall to see the exhibition, which included reproductions of archival photographs, objects connected with Jewish culture (including a menorah, prayer shawl and yarmulke), scholarly works and student papers on Pilica’s Jews. Participants also had a chance to try a sweet snack and listen to Jewish music.

The exhibition was open to visitors for over two months. Students volunteered their time and gave guided tours to anyone interested. Additionally, they organized a second walking tour for other students from their high school. The project was also very well promoted; students made a banner for it that they hanged from the school building. Additionally, they printed 500 copies of information booklets they distributed to local residents. They documented their final project through a short film, in which they also included interviews with Pilica’s oldest residents. Students found support in local institutions including the local historical society (Towarzystwo Jurajskie), Municipal Public Library and local authorities.

In my opinion the local populations starts to forget the importance of Jews to Pilica – this is why I wanted to take part in this project.

I’m happy to be able to relay to younger students so much interesting information.

If it weren’t for the walking tour through my town, I wouldn’t have known we had a Jewish school or bath here. Now I know that the buildings I pass so often, have a very long history.