In Pionki at the edge of the forests and swamps around the Kozienicka Forest on a land of 10 hectares empty, haunted buildings stand. Vast, brick buildings with the empty window holes, facades carried with ivy, surrounded by bushes and trees. This is the abandoned plant of the former State Production Plant of Gunpowder where during the war the Germans established a forced labor camp. This place is the focus of the students’ project carried out in the scope of School of Dialogue program.

Pionki is a town which developed due to the location of the chemical plant in the twenties of the 20th century. The Jewish community in Pionki was dispersed, no organized structure existed, there was no synagogue. Just before the war the Jewish minority in Pionki amounted to about 5% of inhabitants i.e. about 450 people. There are no material remnants of the presence of Jews in Pionki. It is even difficult to say if the houses where they used to live still exist. During the war those who were seen as able to work were directed by the Germans to the State Production Plant of Gunpowder. Germans needed Jews to produce smokeless gunpowder, including nitrocellulose and nitroglycerine, so during the most dangerous and harmful phases of production.

Jews who worked in the plant stayed there almost till the end of war and many of them survived.

During the workshops with Forum for Dialogue educators the students learned about the Jewish past of their town. They studied Jewish religion and culture, their holidays, calendar and language. After many meetings, as Marek, one of the participants of the workshops said: “We decided to look for the traces of the Jewish presence in our little town. Step by step we re-discovered our town. We looked into the past and realized that the land around Pionki had also been marked by the Holocaust.” 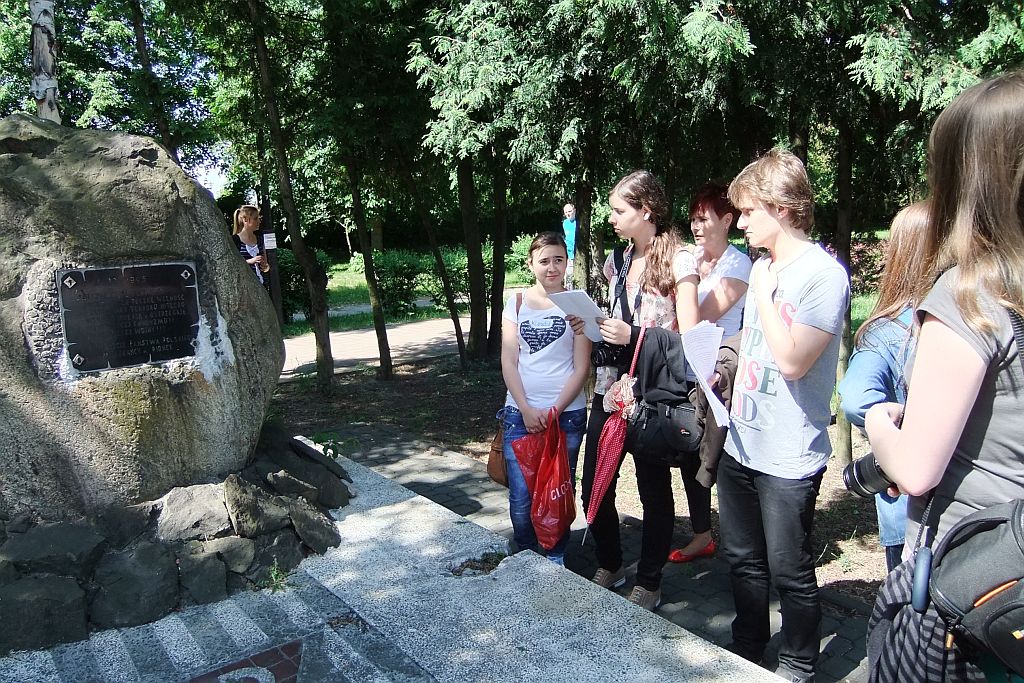 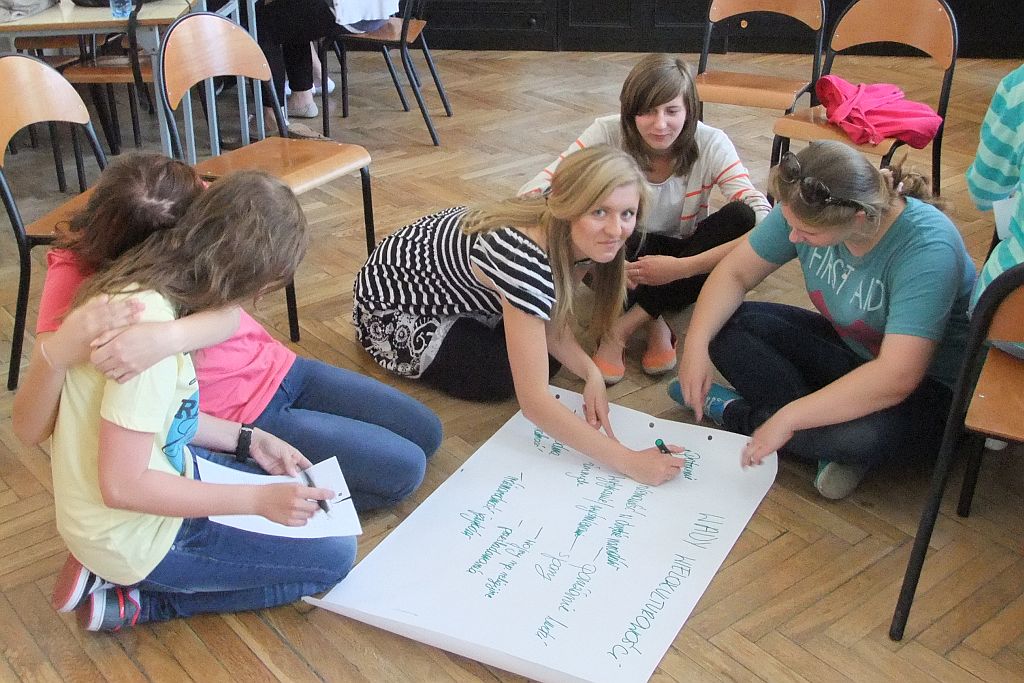 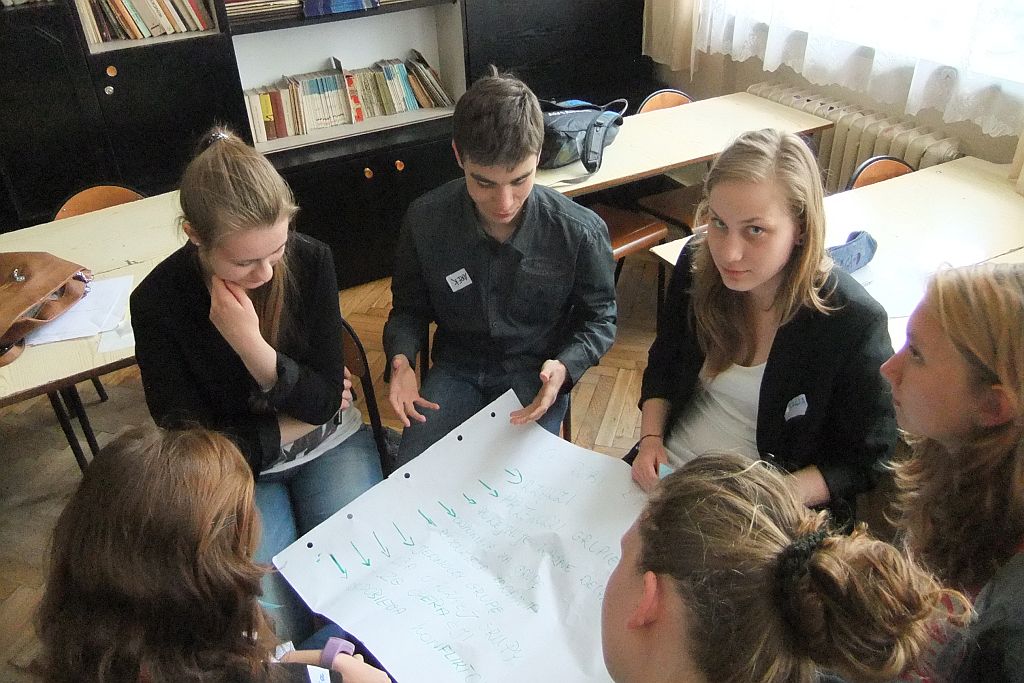 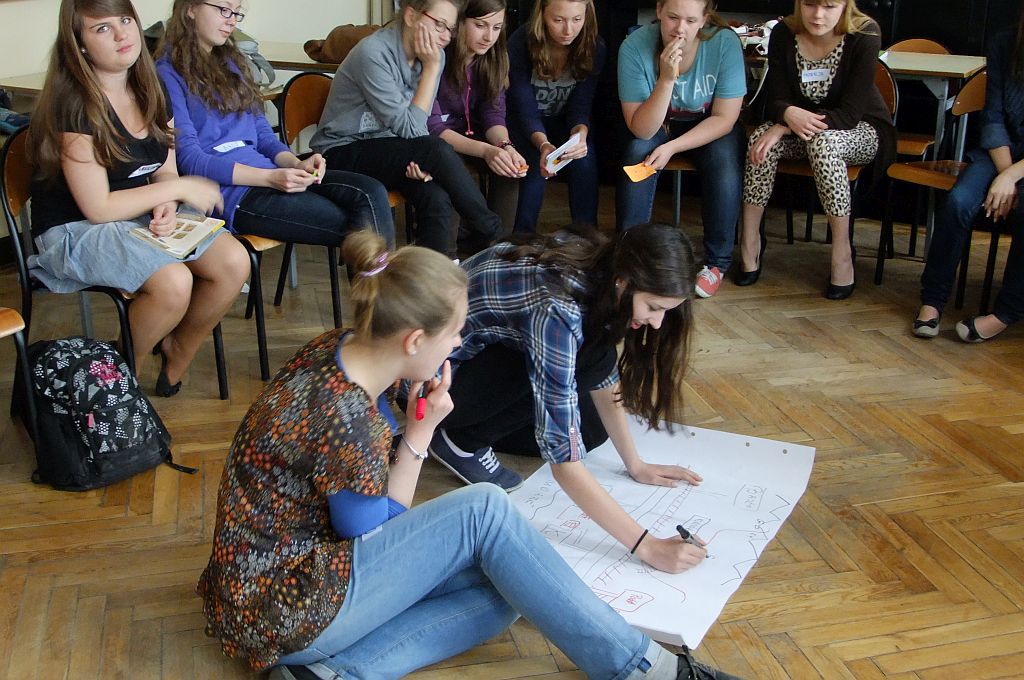 The students explained their motivation: “As one of the last, or even the last generation who has the possibility to interact with the witnesses of the World War II, we must be aware of our responsibility. The desire to raise interest in the history of Pionki among young people as well as the minorities that used to live here have given us a strong motivation and will to act.”

In addition to making the film at the premises of the former forced labor camp, the students also organized a tour in the footsteps of the Jews of Pionki. Such way of commemorating the Jewish community was a big challenge, due to the lack of any material remnants of the Jewish heritage in Pionki. Stanisław Alfred Traczyk proved to be a great help here, as he made a manuscript of a book on the history of the Jews from Pionki, on which he was working on, available to the students. The participants of the School of Dialogue also searched for information on Jews in the Radom Archive. The mayor of Pionki who became interested in the tour, expressed his joy with the fact the students had come up with such an initiative and declared he would take part in the event.

The tour took place at the end of June on one of those warm days when nobody thinks about school anymore. “We met in front of the High School in Pionki from where we started our journey to the places which were to some extent forgotten by many. We wanted to renew the memory about those who had suffered so much,” wrote the students afterwards. Together with their guests they went to the area of the former ghetto which used to be surrounded by a barbed wire at Leśna Street near the so called Brickyard. They talked about the transports from the ghetto to Zwoleń, to Majdanek and Treblinka. They told the story of a girl who gave away her doll to her Jewish friend in front of Germans. The participants of the tour went to the military hospital where the young guides recalled the figures of the Jewish doctors: Samuel Bergner and Zygmunt Bartolewski. They went to Kolejowa Street where Symcha Kirszenbaum used to repair shoes and Summer had a photographic studio. As they ended the tour, the students emphasized: “We would like our work to become a motivation for others, and the story of the town located in the heart of the Kozienicka Forest to be well known to all its inhabitants.”

We decided to look for the traces of the Jewish presence in our little town ourselves. Step by step we re-discovered our town. We looked into the past and realized that the land around Pionki had also been marked by the Holocaust.

These workshops broadened my knowledge and dissipated my doubts about the Jewish community. I really liked these meetings and I will remember them for a long time as a great adventure.

I was most impressed by the workshop that showed that Jews are just like us. It’s a shame to admit that I, like others before me, imagined them differently. We think they wear big hats, sidelocks and long dark coats and that they have long hooked noses, but this is not the case.