Piwniczna-Zdrój is a town in Lesser Poland with around 6,000 residents. Jews first arrived there in the 17th century. Most of them worked as merchants, inn keepers and liquor vendors. Soon afterwards De non tolerantis Judaeis decree forced them out of the town. They returned only in the 19th century. On the eve of World War II, Jews comprised around 7% of the population of Piwniczna and surrounding area. The town had its own cheder and a public school attended by Jewish and Polish children.

A wooden synagogue and mikveh both stood not far from the main square. In 1940, local Jews were relocated to ghettos in Nowy Sącz and Stary Sącz.

Workshops led by Forum for Dialogue educators enriched local students’ knowledge on Jewish culture and history. Students had great interest for the contemporary Jewish life and its diversity. They also found conversations on complex identities meaningful. 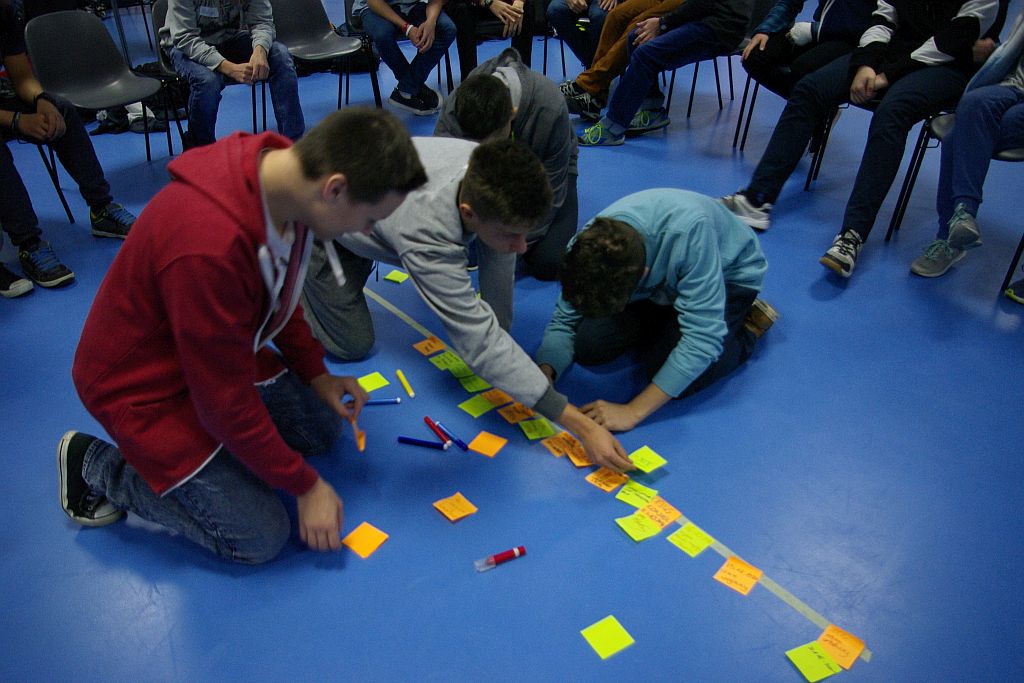 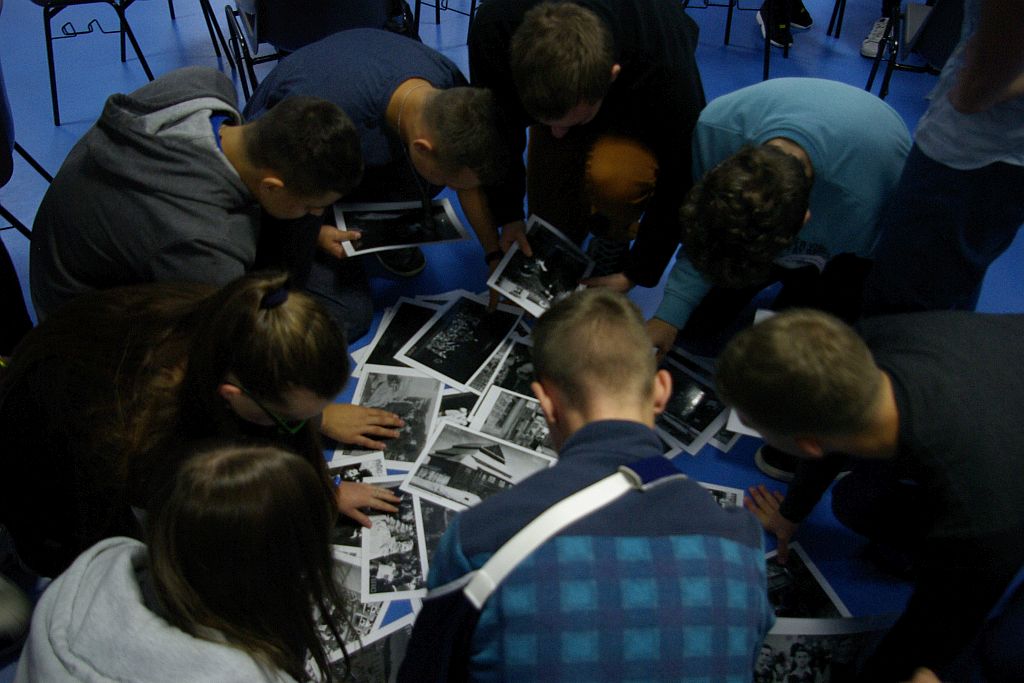 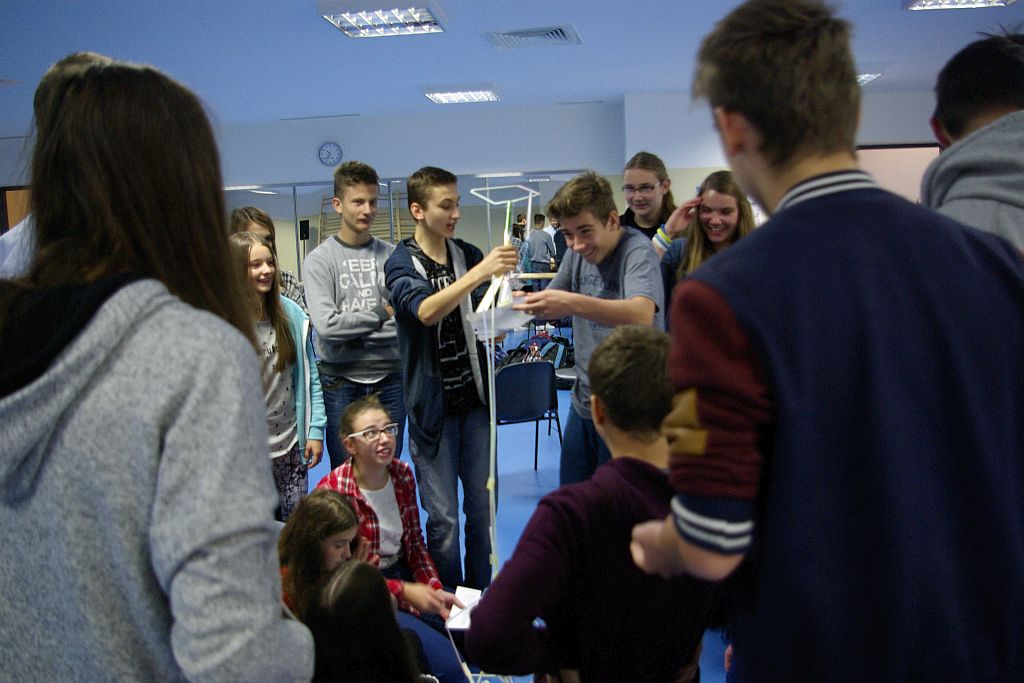 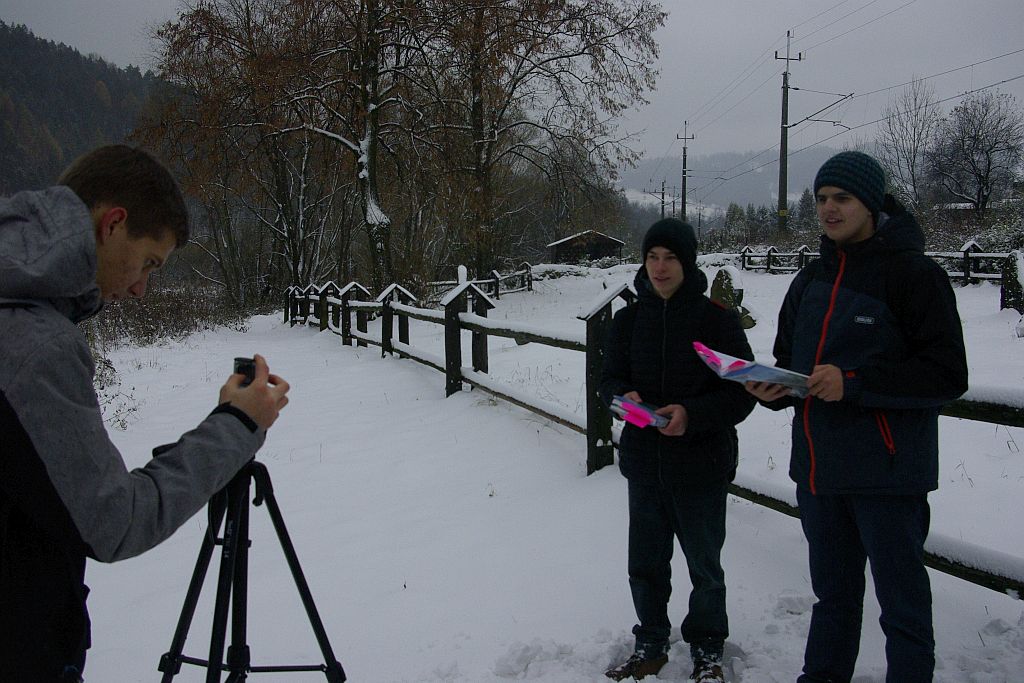 During the third workshop, they met with Wanda Łomnicka-Dulak, a local activist, poet and daughter of a Righteous Among the Nations, who told the students the dramatic story of her father Michał Łomnicki. A wartime messenger, Łomnicki would lead Jews across the border and thus save over 200 lives during World War II. Wanda Łomnicka-Dulak mentioned the hardships and ambiguities war stories always involve and shared some of her family photos as well as a copy of her father’s university diploma.

The first place presented was the cheder, of which nothing remains today. The next site was the Jewish cemetery, where viewers were able to discern over a dozen surviving headstones, while the tour guide explained Jewish burial rituals. The film then showed the audience the site of a former synagogue; students learned what the building might have looked like and the functions it served. On Daszyńskiego street, tour guides held up an archival photograph of a bakery owned by a Jewish man named Szmul and recounted its history. The next stop was Hanuszów district, which had once been a Jewish neighborhood known as ‘little Paris’.

The final two stops were the sites of the mikveh and a former Jewish B&B. The film also showed excerpts from the meeting with Wanda Łomnicka-Dulak.

I feel particularly connected not only to Polish traditions; I also have this need to cultivate traditions of people who had lived here before World War II, but were forced out of their homeland.

I feel very close to Piwniczna and have a need to cultivate Jewish tradition, which is an indispensable element of local history.