An unprecedented encounter of the present with the past would occur in houses of Przerośl residents who were visited by School of Dialogue participants: the grand History from school textbooks would intertwine with individual life stories. “Jewish education” evoked a story from Mrs. Helena, whose Jewish classmates did not attend lessons on Saturday due to Shabbat, but who would come around on Sunday to ask about the missed classes, bringing with them a spiral bun – challah and therefore being eagerly awaited by other children. “People said to avoid Jews and not buy in their shops” – this is what Przerośl’s oldest resident (almost 100-year-old lady) had to say on the topic of prewar antisemitism. A man who shared wartime stories with Kasia, Ania and Agata, told them about a Jewish cemetery on a hill, where the birches now grow, whose fence was dismantled by the Germans; and about a German order to have Jews report to the Kehilla buildings with spades on Shabbat. And finally, about the order for Jews to leave the town. Another female resident would add: “When Germans ordered them to leave, Hannah visited me and promised to write. She never did…”

In 1939, Jews of Przerośl were deported by Germans to Siedlce, Łuków and Treblinka. Up until then, Jews comprised 25% of the town’s population and in mid-19th century as much as 36%. The cemetery and the synagogue were built already at the end of the 18th century. From that time on, the Jewish community developed quickly, up until the early 20th century, when many Jews left. The main source of income for local Jews was trade, crafts and smuggling goods across the nearby Prussian border. Jews were also owners of breweries, vodka distilleries and inns. Before World War II, a mikveh building stood at Szkielewska Street (or Szkilówka) – it did not survive. The synagogue was located on Zusenkowska Street and right next to it stood a wooden rabbi’s house with shingle-covered roof. The only site that survived is the 18th-century Jewish cemetery located on the road to Zusienko, although it was devastated by the Germans, as one of the interviewees had mentioned. Before School of Dialogue workshops, the cemetery was invisible, being overgrown with trees and bushes. Young trees blocked its entrance. 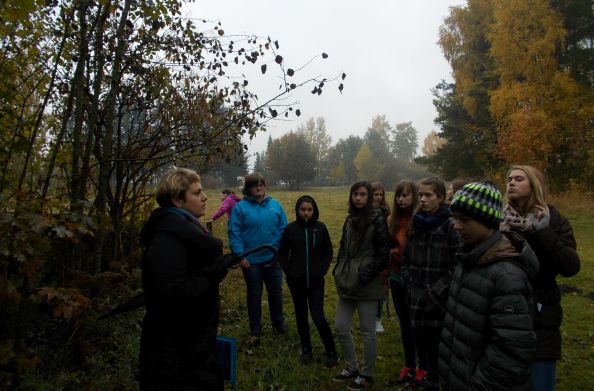 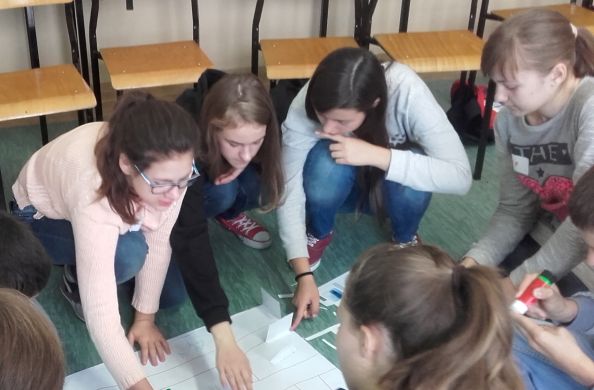 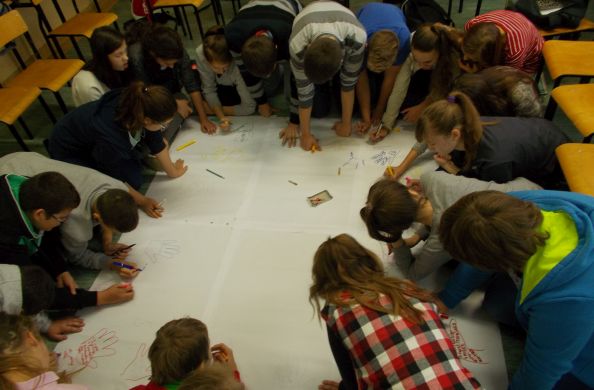 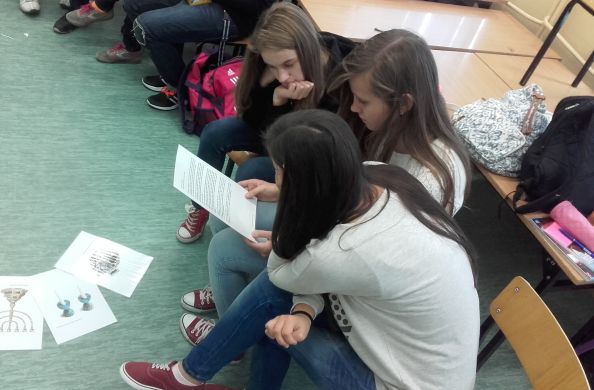 In the course of the workshops, junior high school students decided to do something about the condition of the cemetery. They cleaned up the cemetery premises, making it possible now to spot matzevot, while the school and local authorities put up a sign informing about its existence. In the course of the workshops, students gained new information about Jewish history and culture and about the fate of Jewish residents from their town. “What I found the most interesting is history of the Jews, apeople I did not have a positive opinion about before. This has changed now” admits one of the workshop participants. In the school’s archive, students found a list of pupils grouped according to their religion. The list dates back to 1938/1939 school year – exactly one year before the outbreak of World War II. At the time, there were 21 pupils practicing Judaism who studied in the school.

On November 30, students organized an event about local Jews in two parts. They invited local authorities, a priest, employees of the Municipal Culture Center, school principals, Ms. Helena Wawrukiewicz, whom they interviewed earlier, and 16 other junior high school students. For School of Dialogue project, students also created a model of prewar Przerośl, with a marketplace, synagogue, mikveh and rabbi’s house. The whole tour began in a classroom, where participants could admire a model of prewar Przerośl and acquire basic information about Judaism.

Traditional Jewish food was served, a “Jewish cultural symbols” exhibition – made up of drawings that elementary school pupils were invited to submit for a competition organized by workshop participants – was on display. The interviews conducted earlier with senior residents of Przerośl were projected. Next, participants headed for a tour of sites they had just been told about. They went to see them again, although they see them on a daily basis. This time, however, they have gained a new perspective. On the site of the former synagogue one of the students explained: “It was a wooden building with steps leading up towards the entrance” and on the site of the former mikveh by Kościelne lake, on Szkilówka or Szkielewska Street, tour participants heard that “the mikveh was located by a creek that led into the lake. It was a small wooden building reminiscent of a shed, with boarded-up windows. Inside, it was divided into two parts.” Through recalling the past, Przerośl gains new colors and students in their project documentation report write: “Participation in the School of Dialogue was a wonderful experience for us. We are happy to have established contacts with the municipality and also to have been introduced to Jewish culture. We will try to build on the knowledge we gained and pass it on to the future generations. We learned a lot, not only about Jewish culture, but also about the history of our own town.”

What interested me the most in this project was Jewish history, although I never thought about it before. Now I changed my mind. Thanks to Forum for Dialogue I now know much more about Jewish buildings and holidays, which sparked my curiosity.

I was not aware that Jews have their own calendar and that their culture and holidays are so fascinating.