Poles, Jews, Germans and Russian lived in Pułtusk long ago. Catholics, Evangelicals, Orthodox Christians, Muslims and Jewish. But out of all these minorities, Jews lived in Pułtusk the longest. They began to settle in the town at the end of the 18th century, after the Third Partition of Poland. They lived in the area of today’s Kotlarska Street. A synagogue, private cheders, Talmud Tora and Jewish cemetery all existed there. Jewish newspapers were published: Undzer Wort in Yiddish, Do Pracy, Express Mazowiecki and “Pułtuski Kurier Codzienny 5 groszy”. Jewish Sport Association Ha-Koah existed. Half of the town’s population before the war was Jewish. In 1939, the town was incorporated into the Third Reich under the name Ostenburg. The Jewish residents were expelled or executed.

The project of high school students from Pułtusk was titled “Multicultural Pultusk”. The walking tour, organized for the senior year students, was the final assignment of the School of Dialogue program.

The high-school students who participated in it learned about the Jewish history and culture, as well as the contribution of the Jewish residents to the development of the country. During workshops, the Forum for Dialogue educators introduced the students to the pre-war Pułtusk, and helped them  develop their leadership skills. In order to make the walking tour interesting for their friends, the first-year students devoted much time to read many historical documents. To do so, they went to the State Archives, the public library and the Regional Museum in Pułtusk. While leafing the pages of the time-ravaged record books with special gloves, the students felt like true seekers of the lost world. They discovered a lot of information – they found out that the parents of the famous pianist, Arthur Rubinstein, have their origins in Pułtusk. The father of world famous cantor, Joseph Malovany, was also born here. 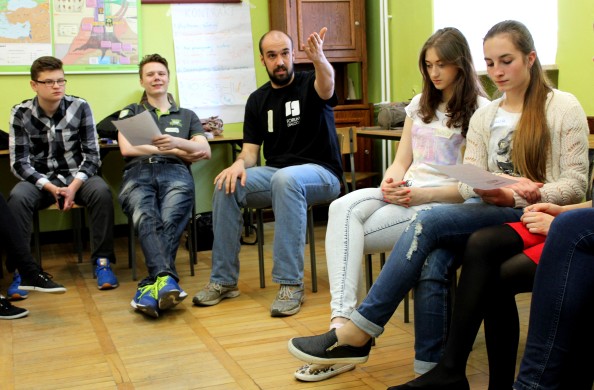 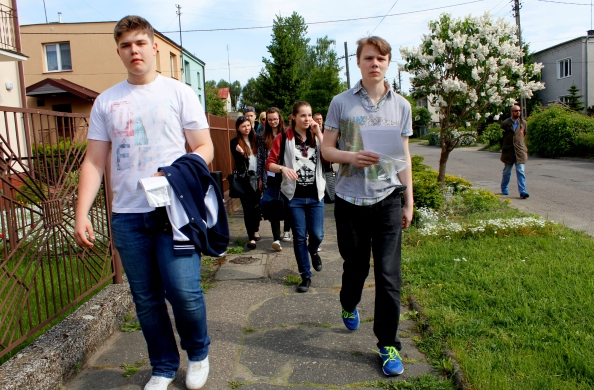 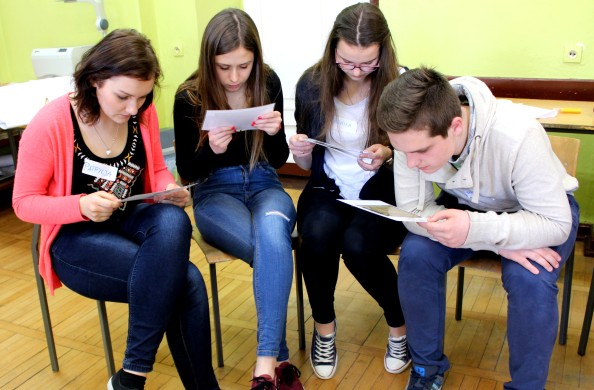 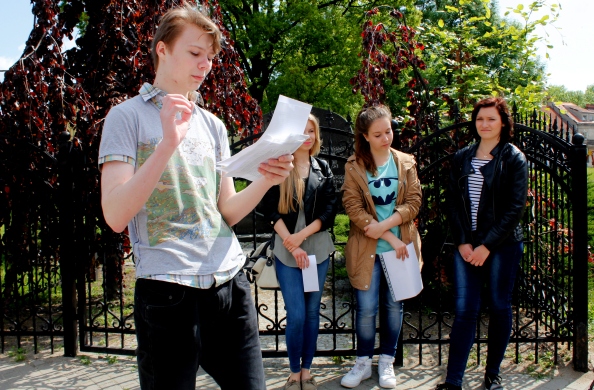 The day of the walking tour finally arrived. At the starting point the participants received a map of pre-war Pułtusk, the rules of the game, a participant’s card and a leaflet, Multicultural Pułtusk. The tour started and finished at school. That was because before the war, the same school was attended by Jewish boys and girls, among them Abran Cypkin and Marian Rezenblum – Jumba, who co-organized a school protest against Russification back in 1905. In order to continue the walking tour to another stop, the participants had to solve a puzzle at each point. The first stop was the Regional Museum, where they had to find an unique exhibit – a historical stamp in Yiddish. The staff of the Public Library in Pułtusk told the participants about the tragic fate of the Jews from Pułtusk during the German occupation. At the next stop by the Narew river, the tour participants heard the story of death of rabbi Kaftala that Kazimierz Nicki wrote about. They were all horrified by it. The walking tour participants could also admire the collections at the State Archives in Pułtusk, where the official record books of the Jewish residents of the town are kept.

There, they found out about Artur Rubinsteina and Joseph Malovany. The last puzzles were to be solved at Kotlarska Street, where the synagogue used to stand. After, they were led to the place where the Jewish cemetery existed before. Now a monument built from matzevot stands there. The participants learned about the inscriptions on them and found out the meaning of placing stones on Jewish graves.

The high-school students who prepared the walking tour had one goal – keep the memory of the Jewish residents of the town. “We wanted to show our fellow students the world that does not exist anymore”, said the students. They put information about the project on the school’s website. Also, the local newspaper, “Tygodnik Pułtuski”, wrote an article about the School of Dialogue workshops.

I learned a lot of interesting things while having a great time. The history of Jews from Pułtusk is very interesting and I had no idea about so many things.

The project was interesting and it showed me a different perspective on some subjects.

I found out a lot about the Jewish culture, tradition, about the history that happened on the streets that I walk by today.

SCHOOL OF DIALOGUE program in Pułtusk was made possible by the support from  BETSY and PAUL KATZ.