It is difficult to find any traces of Jewish history in Radzymin. There are few old houses here, not a single headstone, no surviving cheder building, no point in looking for any traces of a mezuzah. The most important sign is a concrete sarcophagus that safeguards the spot where a local tzaddik was buried. In 1944 one of the biggest tank battles took place near Radzymin. As a result, the town was nearly completely destroyed, along with all traces of its Jewish community.

However, Jews lived in Radzymin since the 17th century; in 1867 they constituted 70% of the town’s population, and 50% just before the war. Radzymin used to be a famous Chassidic centre – the “miracle man from Radzymin”, tzaddik Jakow Arie Guterman, founder of one of the famous Chassidic dynasties, was visited by the faithful who came even from outside of Poland. During the years 1907-1908 the Nobel Prize winning writer Isaac Bashevis Singer lived in Radzymin. Before the war Radzymin had 3 synagogues (all in today’s Zduńska Street), a cheder, and a yeshiva. The Jewish cemetery located at today’s Mickiewicza Street was completely destroyed during the war.

In autumn 1940 the Germans established a ghetto at the intersection of Reymonta and Weteranów Streets, and gathered in it approx. 2,500 Jews. In October 1942 they were all transported to the death camp in Treblinka.

Despite the lack of material traces of Radzymin’s former inhabitants, the students were very enthusiastic in following the School of Dialogue program. “Initially everything was new to me, but the workshops’ atmosphere prevented me from staying indifferent,” said Joanna, one of the workshops participant, thus proving that the students’ participation in the program was a unique experience. The high schoolers eagerly picked up the idea of sharing the newly-discovered knowledge about Judaism as well as the history and culture of Polish Jews with others. Like detectives, they studied historical sources about the pre-war community of their town, and eventually they undertook numerous activities that made them feel they have an actual influence on the awareness of the contemporary inhabitants of their town. 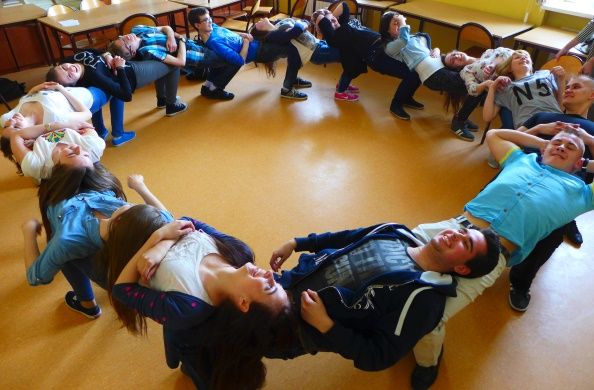 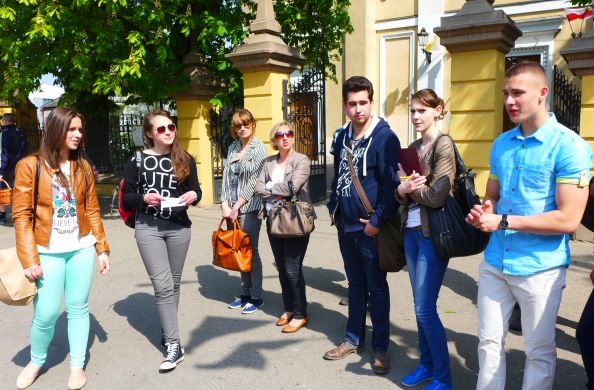 Their activities resulted in the creation of the tour “Following the Footsteps of Jews of Radzymin”: an exhibition of pre-war photographs of Radzymin, a stage play based on Singer’s novel “The Magician of Lublin”, as well as a popular science session entitled “The Unique World of Isaac Bashevis Singer” attended by Mr Jakub Weitzner, Ph.D., a lecturer from the University of Warsaw who co-operates with the Jewish Theatre in Warsaw, as well as the local historian, Mr Władysław Kolatorski. The students also recorded a moving soundtrack to the presentation about Jews of Radzymin (vocals and piano performed and played by Karol Bąk, a pupil from the local high school) and organised a contest for friends from their school and junior high schools from Wołomiński county. Interestingly, the high schoolers also tabled a motion during the Commune Council’s session to erect a plaque commemorating the Jewish cemetery in Radzymin.

The walking tour itinerary passed by the places where the old cheder and the Jewish cemetery used to be (now existing only on the photographs included in the exhibition), as well as the surviving house of the Wagmans, the pre-war owners of a construction materials’ depot. During the walk, the participants also had the opportunity to see the old photographs of the so-called “Okrąglak” (rotunda), or a cluster of Jewish houses and shops in the vicinity of the Old Town Square, and both of the no-longer-existing synagogues: the Hassidic and the traditional one.

The final stop was the house of Isaac Bashevis Singer that has survived to this day. The young detectives stressed that traces of the old, Jewish Radzymin can be found in Singer’s novel “In My Father’s Court” in which he writes: “Radzymin had become the vortex of a new rabbinical dynasty founded by Reb Yekele, a miracle worker, formerly connected with the Hasidic courts of Przyscha and Kotzk. To the women who visited him, he would present charmed coins and pieces of amber that cured illness.”

With some difficulty the students put the borders of Radzymin’s ghetto on the tour’s map and stressed the tragic fact only 40 people from the sizable community of Jews of Radzymin survived the German occupation.

It can be said that the students have partially managed to restore the charm of old Radzymin as it is presented in Singer’s novels, with the endearing narrow streets, tenements, and shops. “We were trying to give this world a new life, to discover the past, and to kindle the inhabitants’ interest,” the students said. They succeeded thanks to, among other things, the support of the Forum for Dialogue educators, Beata Godlewska and Anna Bakuła, the co-operation with the Association of Radzymin’s Friends, the Culture and Sport Centre in Radzymin, and the Public Library in Radzymin, as well as thanks to the favour of the commune and county authorities.

I think that workshops like this should be organised in each school, because they help to fight prejudice arising from lack of knowledge and bad judgement.

The classes were free from any propaganda and you could learn interesting things about the Jewish past of your town.

Knowing the history of the place we live in should be important to us, especially to young people. We have the last chance to hear the unusual stories from the people who shared a part of their lives with members of another nation that lived in peace on one day and then was locked up in a ghetto and then transported to a death camp.