School of Dialogue at General Education and Post-Secondary School Complex

They arranged cleaned matzevot fragments in one place, trying to fit the missing pieces together. Thanks to their work it was possible to decipher several headstones and to see their beautiful ornaments. They managed to put the broken pieces of some matzevot together, and the candles became whole again. Others are still lying around, broken and chipped candles in pieces – their lives so abruptly cut short, as symbolism of the headstone decoration indicates. The Jewish cemetery in Sienno has been fenceless and neglected for many years. It was only recently that it aroused the interest of students who took part in School of Dialogue workshops.

Initially, participants of the program did not know much about Jewish culture and community in Sienno. They had no idea that Jews had lived there since the 16th century and that they comprised 40% of the town’s population. Or that they sold starch, salt and leather, that they were innkeepers and money-lenders. That they had their own synagogue, cheder and mikveh. That Goldman, Tajchman, Wajsbroch and Zilberman lived in this town. It was from the very beginning, however, that the students became involved in the workshops and actively participated in all discussions. 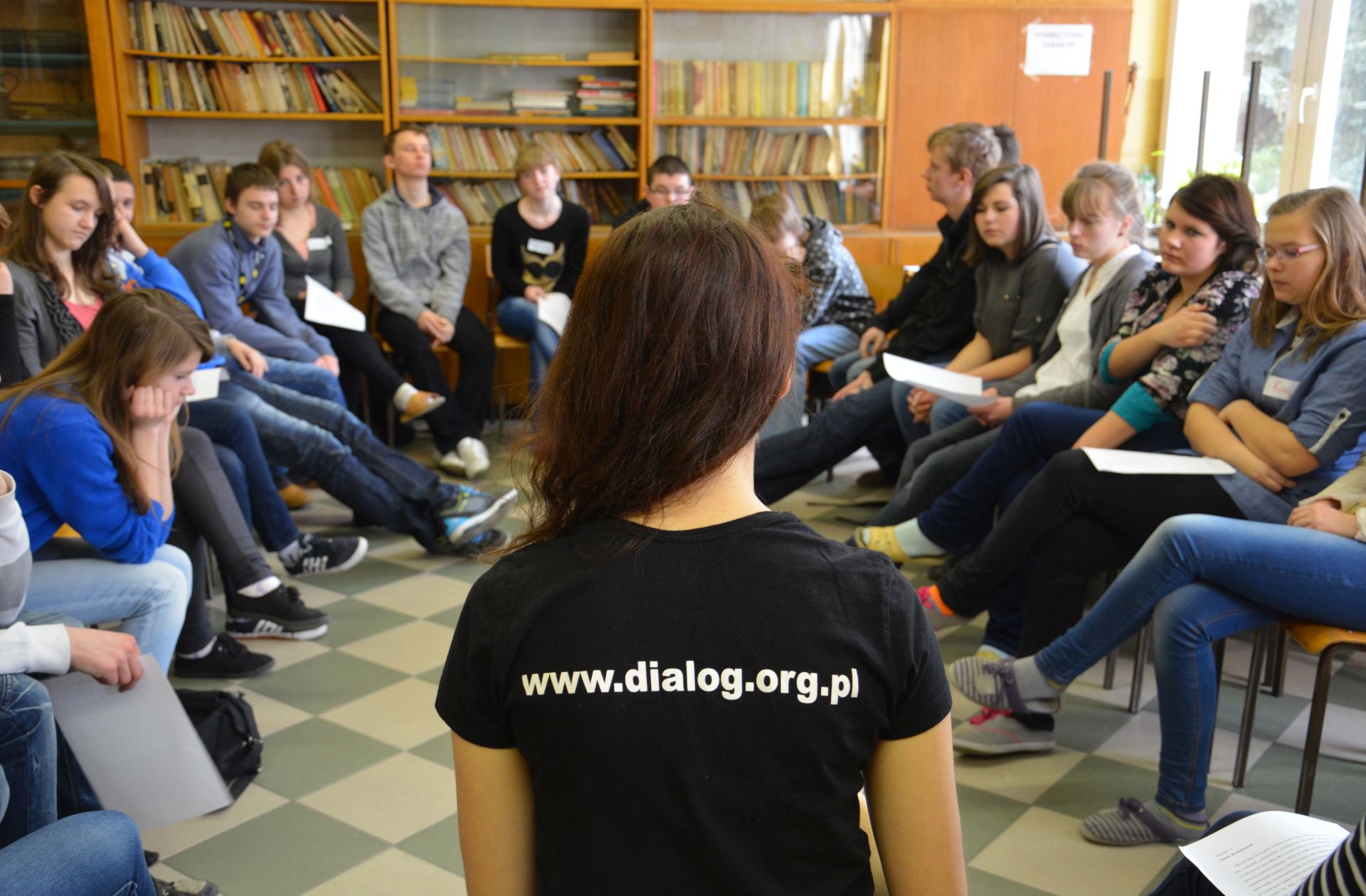 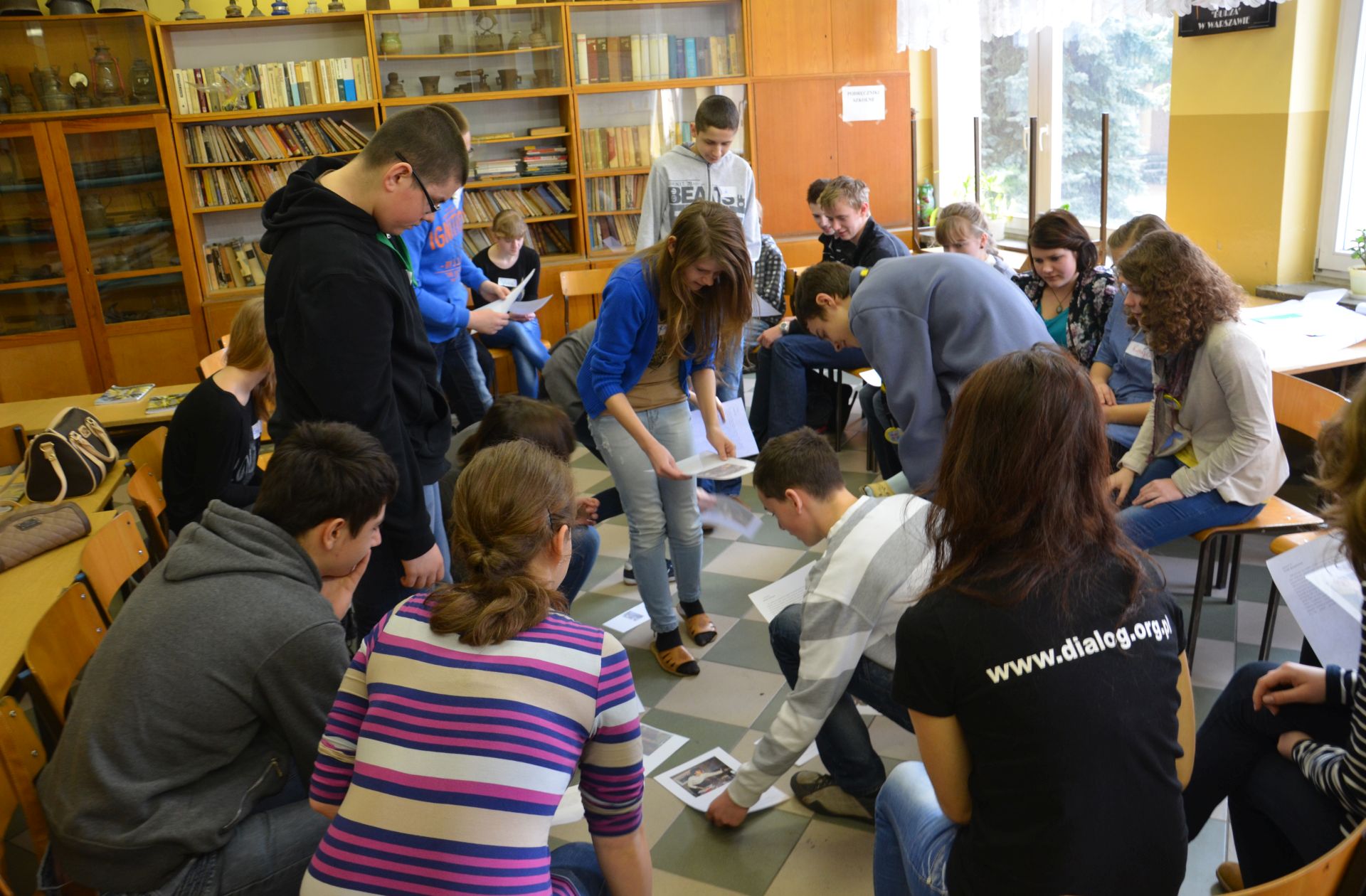 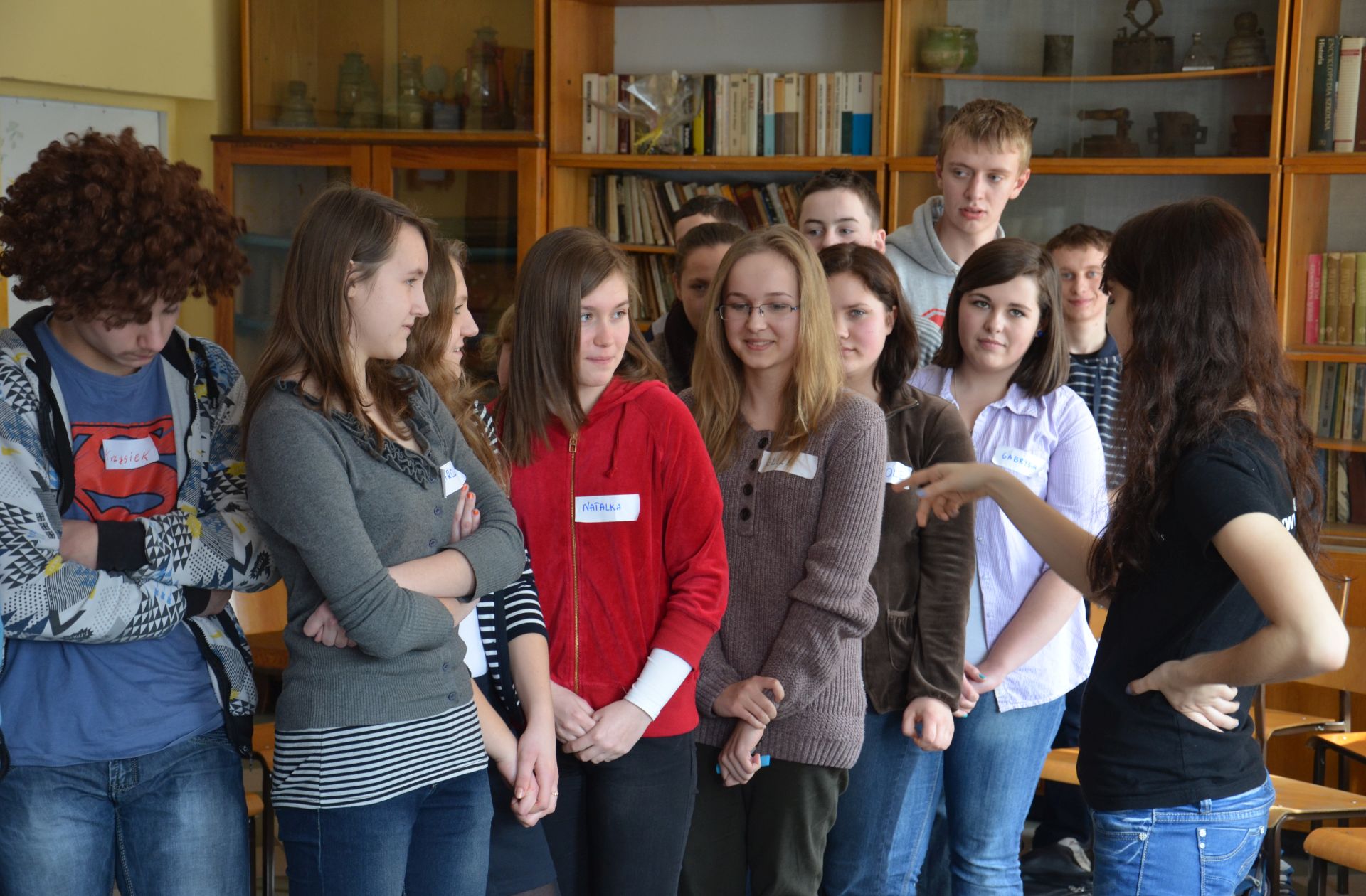 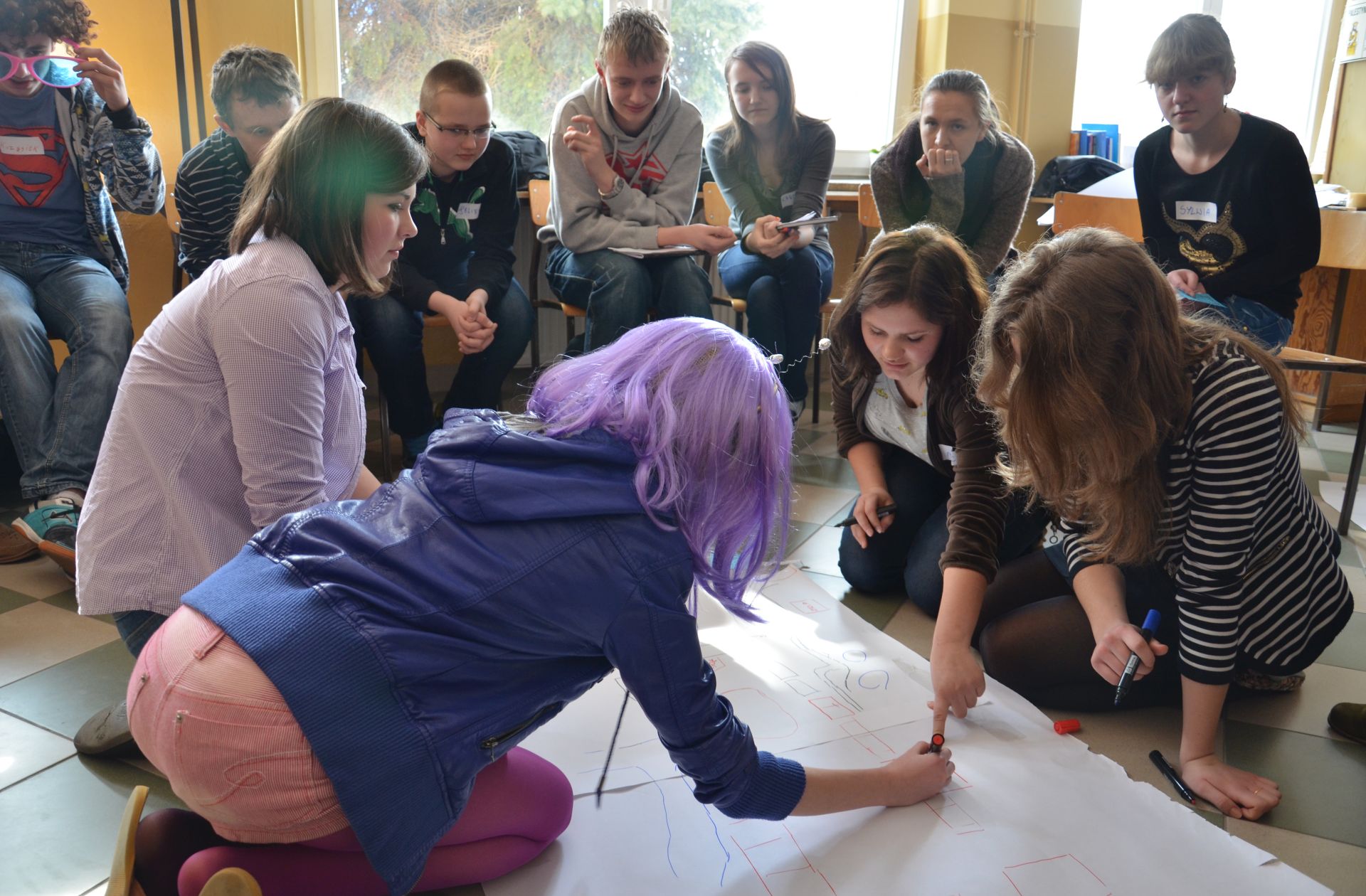 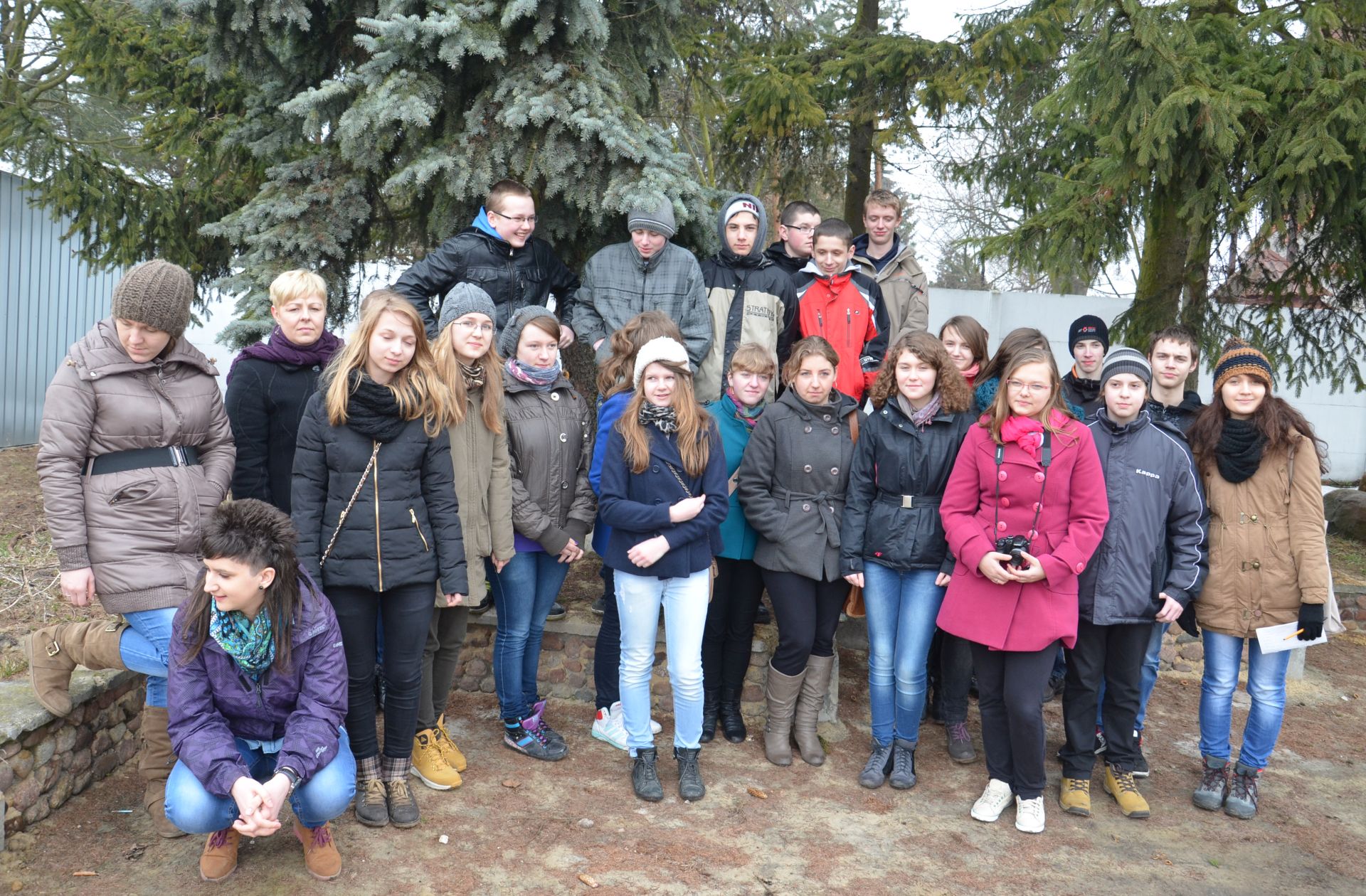 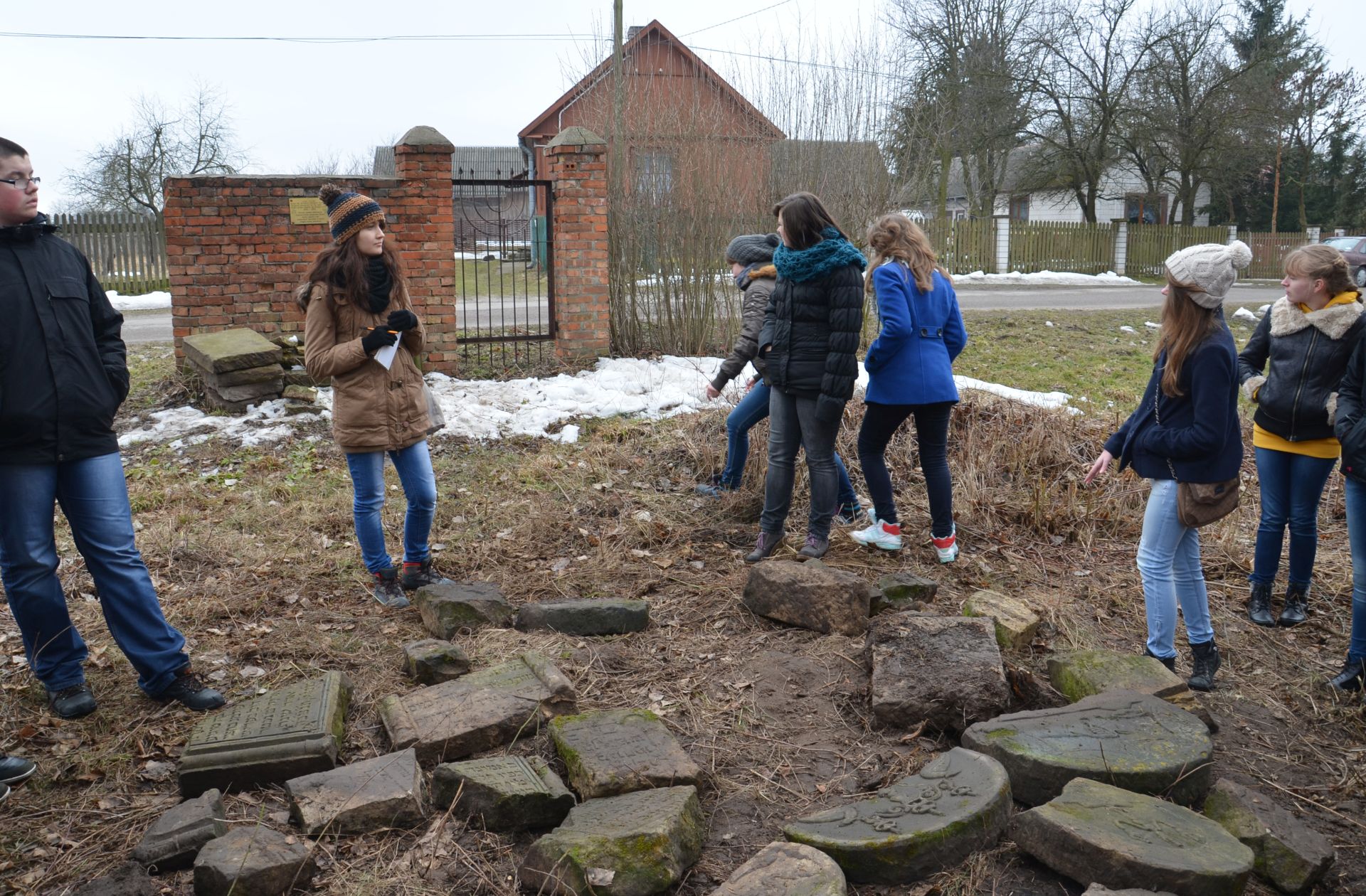 They were most curious about multiculturalism, local history, present-day Israel, as well as Jewish holidays and rules of keeping kosher. During the workshops, they learned where the synagogue used to stand, what was the location of the cheder and the ghetto and which houses were inhabited by Jews. They found recorded memories of people who remembered the war and the liquidation of the ghetto, when Sienno’s Jews were transported to the extermination camp in Treblinka.
Soon the history of the town became more familiar. Students learned that Jews lived mainly near the market square, that Sztejnberd was a hairdresser, Cukierman was a tailor and Silberman had a book shop. That at Zylbersztajn’s one could have a cup of tea and that there was an open-air market every other Tuesday. “It has been ten years that I have been a student in this town, but it was only thanks to this project that I learned about the unknown past of people of whose existence I had not been aware” – says Gabrysia, participant of the program.

“Now that I have learned so much about them, I want to pass this knowledge on to those who did not have the opportunity to participate in such workshops” – says Sylwia. That is why the students organized a walking tour through Jewish Sienno and invited their younger friends. They began with a presentation about Jewish culture. Afterwards, they divided the guests into smaller groups and headed for the starting point of the tour – the participants had to get to the subsequent stops on their own, using clues provided by the organizers. All the groups were tasked with finding the Jewish cemetery, the area of the former ghetto, the town square and Tylna Street. The tour concluded with a short accordion concert, where the students played several songs inspired by Jewish culture. After the tour there was an art contest about the history of Sienno and an exhibition of materials collected during the works on the project.

Before the workshops, my knowledge was quite poor, so I was surprised that so many Jews had lived in our town (…). Because I learned so much about them, my attitude towards Jews had to change, I changed my mind about them.

Now that I know so much more, I want to pass this knowledge on to those who did not have the opportunity to participate in the workshops. I want other people to accept Jews, to change their attitude towards and have them stop telling insulting jokes about them.

The workshops made me realize that the fates of Jews and Poles are intertwined. I had no idea we had so much in common (…) I benefited a lot from these sessions – they made me open my mind to questions of Jewish community and history, which is often forgotten.