It is certain that in 1623 Jews already lived in Sławatycze and in 1700 they already constituted 56% of its population. They were craftsmen, corn and wool merchants. In the 19th century, they built a factory and weaving plants. Some of Jews were Chassidim, some of them were members of the Bund or the Zionist movement.

During the 1st World War, many of Jewish houses were burnt down and many Jews fled, to return later on during the 20’s of the 20th century. At this time in Sławatycze, there was certainly the synagogue, mikveh, matzah bakery and three praying house, founded in 1922. The house of prayer of Icek Korenblum, the house of prayer of Jojne Feldman and the house of prayer of Rojze Sznajderman. Then, the Zionist took over the ruling within the municipality authorities.

Anti-Semitism was spreading and could be noticed all around; many Jews left the town again, at different times, but most of them in the 30’s.

However, on the eve of the War there were still 1541 Jews living in Sławatycze. Within four months after the War outbreak, the Judenrat was established, along with the ghetto for Jews from Sławatycze and the nearby areas. In February 1940, 41 Jews were executed by firing squad in the forest near Sławatycze, including the Rabbi of Sławatycze. Hirsz-Lejb Gitelman, who was a few-year old boy at this time, saw this act of murder. He saw his grandpa and uncle, Jakub and Szaja Rybkowski, die.

In 1942, 1502 Jews arrived at the ghetto, some of whom were transported that year to the ghetto in Łomazy to be executed two months later. Also, those who actually managed to run away before that time were caught and shot. Today, they are buried in a mass grave at the Jewish cemetery in Sławatycze. Those who stayed alive were finally murdered in Treblinka. Some of those who survived managed to hide, also with Mr and Mr Parczewscy or Mr and Mrs Krzymowscy.

What is left from the Jewish history in Sławatycze is the cemetery, arranged as an “L” letter, in Polna, just behind the Roman-Catholic cemetery. The cemetery is clean and tidy, and fenced; once in a while a matzevah is found and returned to the cemetery. 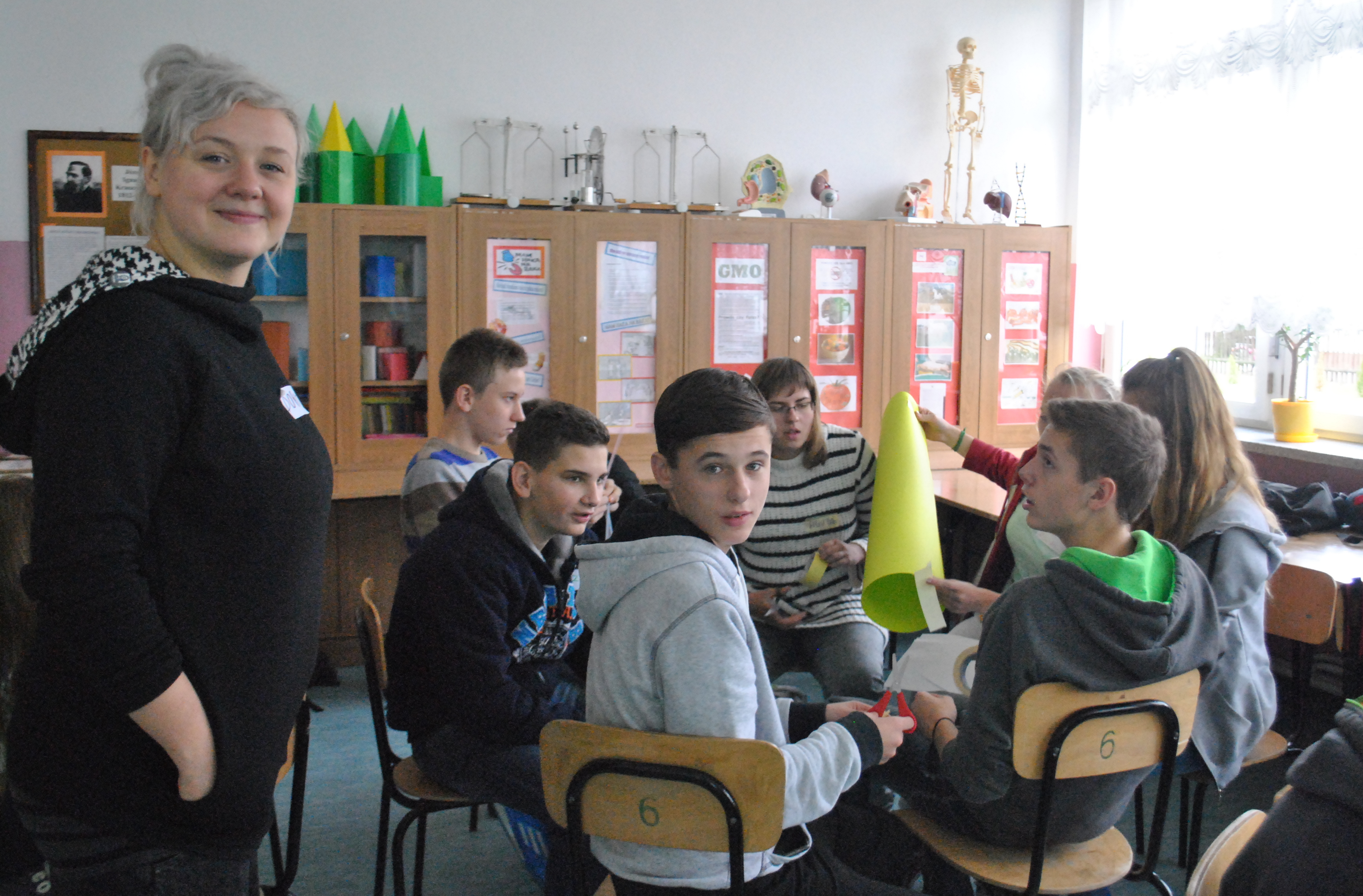 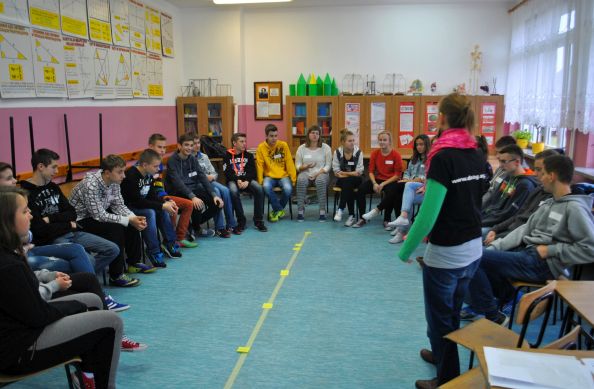 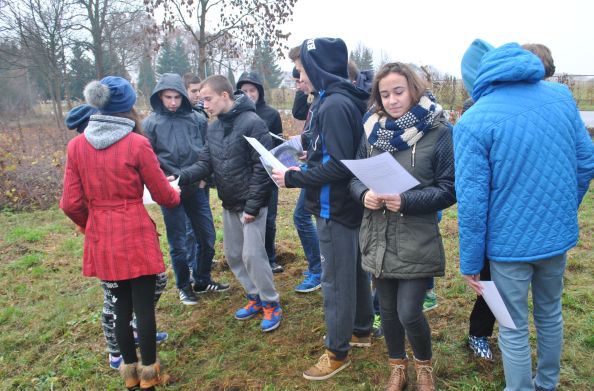 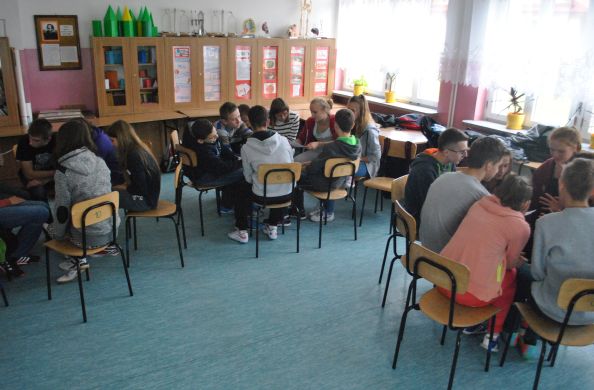 Students knew where the cemetery was situated; many of them were already there some time ago, but only few of them knew its history, who was buried there and the reason why the cemetery looked so much deserted. During the workshops organized in Sławatycze by the Forum for Dialogue under the School of Dialogue project, students went there with rakes and pruning shears. The walked around, exchanged comments and thoughts, and arranged the cemetery. Whilst preparing for the tour they organized for the residents of Sławatycze on 5 December 2015, they visited people, knocked at the doors and talked to residents. They asked questions about past times and history. About memories or even their fragments. They asked whether any of them could remember any name, any flash of reminiscence? They wanted to know where Jews lived, where their shops were, where people saw them shot. They talked to families, people who saw anything, they got involved. They talked, for example, to Ms Jola Buczek, a former history teacher at the junior high school in Sławatycze. It was with her help that some of the matzevahs could be found and returned to the cemetery.

Young people created their fan page on Facebook for their activities to be more publicised, to reach further.  Students printed posters where they invited people to go on a trip with them, and some of the guests were invited directly. And, on 5 December 2015, the mayor and the priest of the Orthodox church parish of Sławatycze participated in the tour.

And they all set off, many of them, some 50 people. They went to the Jewish cemetery in Polna where the tour participants showed a mass grave of the Jews who died during the already described execution. Elder people from the town said that the ground at the place where the grave was located allegedly moved for a few days after all of them were buried. They also headed for the school where the Germans were quartered from 1940. It was the place where all the decisions and orders concerning the Jews from Sławatycze, ghetto and town citizens were made. And they went to see the place where the mikveh was once located, with no traces of the building, only the river and stairs still at their former places. And, to see the place where there was once the synagogue, i.e. the today’s fire department in Sławatycze.

Paweł and Miłosz wrote a song about all these events which happened in their class during this time.

I have realized that not only Christians, but also Jews were once a part of the society in Sławatycze.  They contributed a lot to the town. I have found out that there were as many as 100 Jewish shops at the marketplace. I would never expect that this small village was once so vivid.

I have learnt to listen.

School of Dialogue program in Sławatycze was made possible by the support from Harlan Greene.