Suwałki can be found in the upper right-hand corner of the Polish map, on Czarna Hańcza river. From Suwałki, Vilnius is less than a three-hour drive away. Winters in Suwałki are long and cold and apple trees bloom the latest in Poland. A lot is being done in Suwałki to commemorate the local Jewish community. Cemetery clean-up actions, Sejny Theater Klezmer Orchestra concerts, prewar photo exhibitions or screenings of a film shot in 1937; in the past, local schools have already participated in various educational projects.

Over a course of a few spring days, and through School of Dialogue program, local students were introduced to Jewish history of their town through sessions with Forum educators, discussions, asking questions and listening to answers. They also met with employees of the local branches of the State Archive and Tourist Information Center as well as with workers of the District Museum. Students also talked to Maciej Ambrosiewicz, author of the book Sztetl z ulicą długą (“Sztetl with a long street”). Later, on June 6, 2016 they would share their newly-gained knowledge and history they uncovered with a group of invited students and teachers from other local schools during a walking tour they themselves organized.

First Jews appeared in Suwałki in early 19th century. Most of them were merchants and craftsmen, who went on to created their own Kehilla in the 1820s. By mid-century, they comprised 50% of the local population, living next to the Russian Orthodox, Protestants, Germans, Masurians and a few hundred Lithuanians.

Twelve local production plants and all local hotels were Jewish-owned. Over time, Jews became involved in timber, food and textile industries. Great Synagogue, a beit ha-midrash and 27 Jewish prayer homes all existed in Suwałki. And there was also a Jewish hospital, a nursing home and various sports clubs. And cheders, Talmud Torah schools, a yeshiva and a Polish-Hebrew high school.

In the inter-war period, Bund and Aguda had local party branches in the town and Zionism had its supporters as well; in the 1930s, many Suwałki Jews emigrated to South America, the United States and Palestine. This was the second wave of immigration after the one from the 1880s.

In the course of World War II, around 3000 Jews managed to escape to the East; presumably at least some of them managed to survive. The three thousand that stayed were murdered in December 1939 in the local forests, while another two thousand were deported to Kock and Międzyrzec Podlaski, among other places. In all likelihood, most of them did not survive the Holocaust. In “Małe Raczki”, a former Jewish neighborhood, an office district was created for Nazi Germans.
After the war, around 30 Jews returned to Suwałki from the Soviet Union; in the 1950s, 11 of them still lived in the town. The last of them was Natan “Naum” Adelson, who died in 2010 and was buried at the town’s Jewish cemetery. 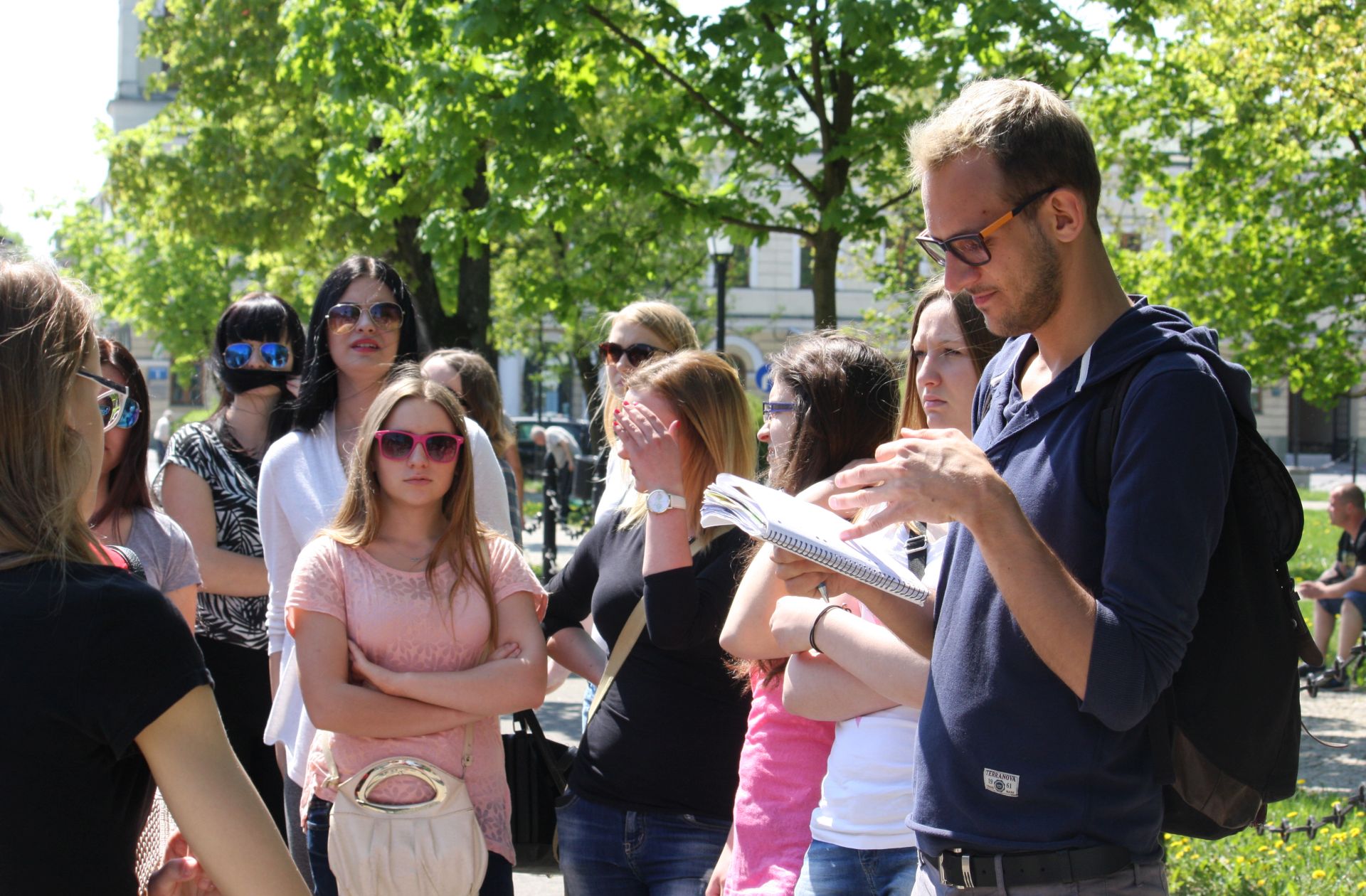 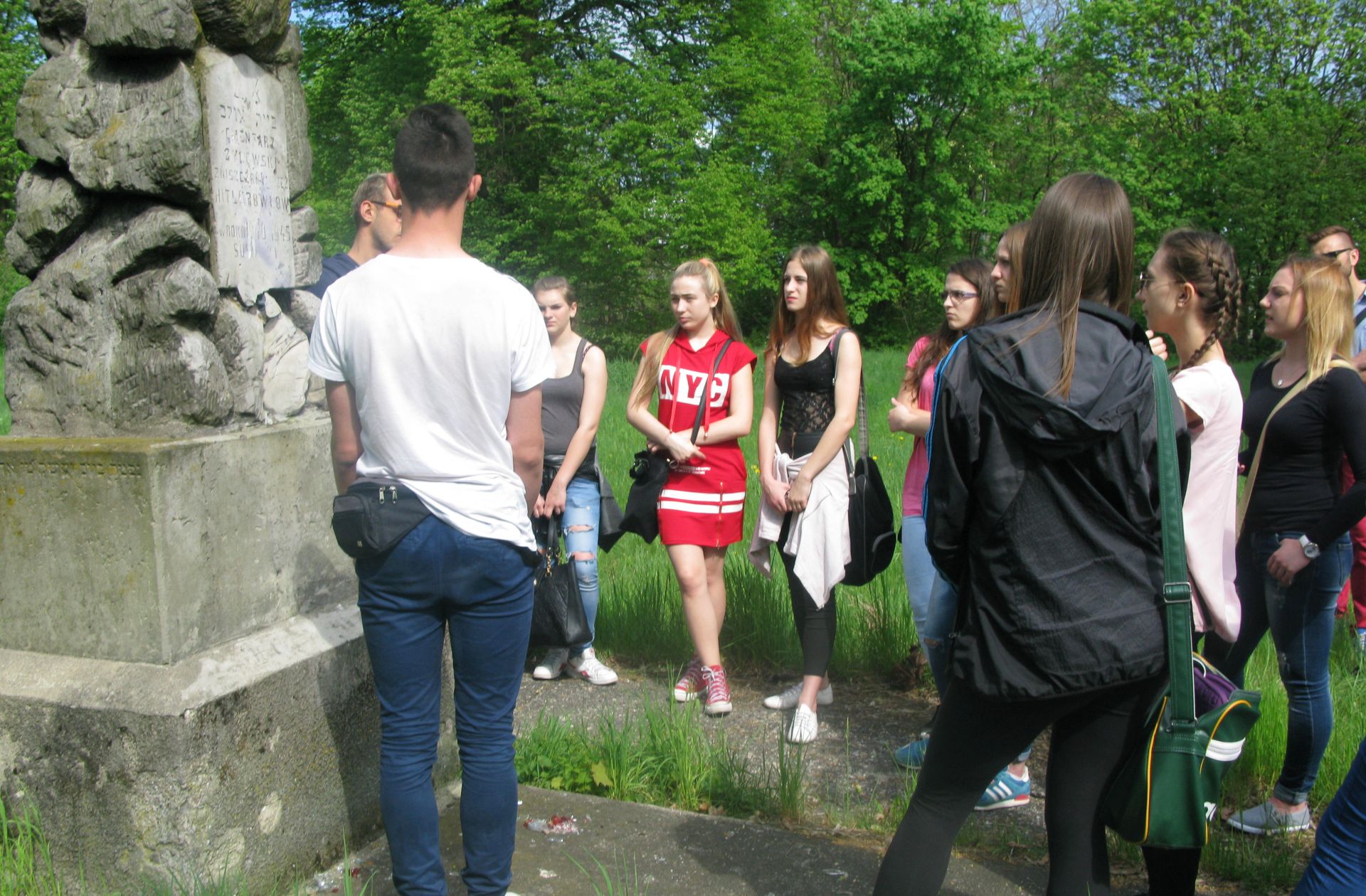 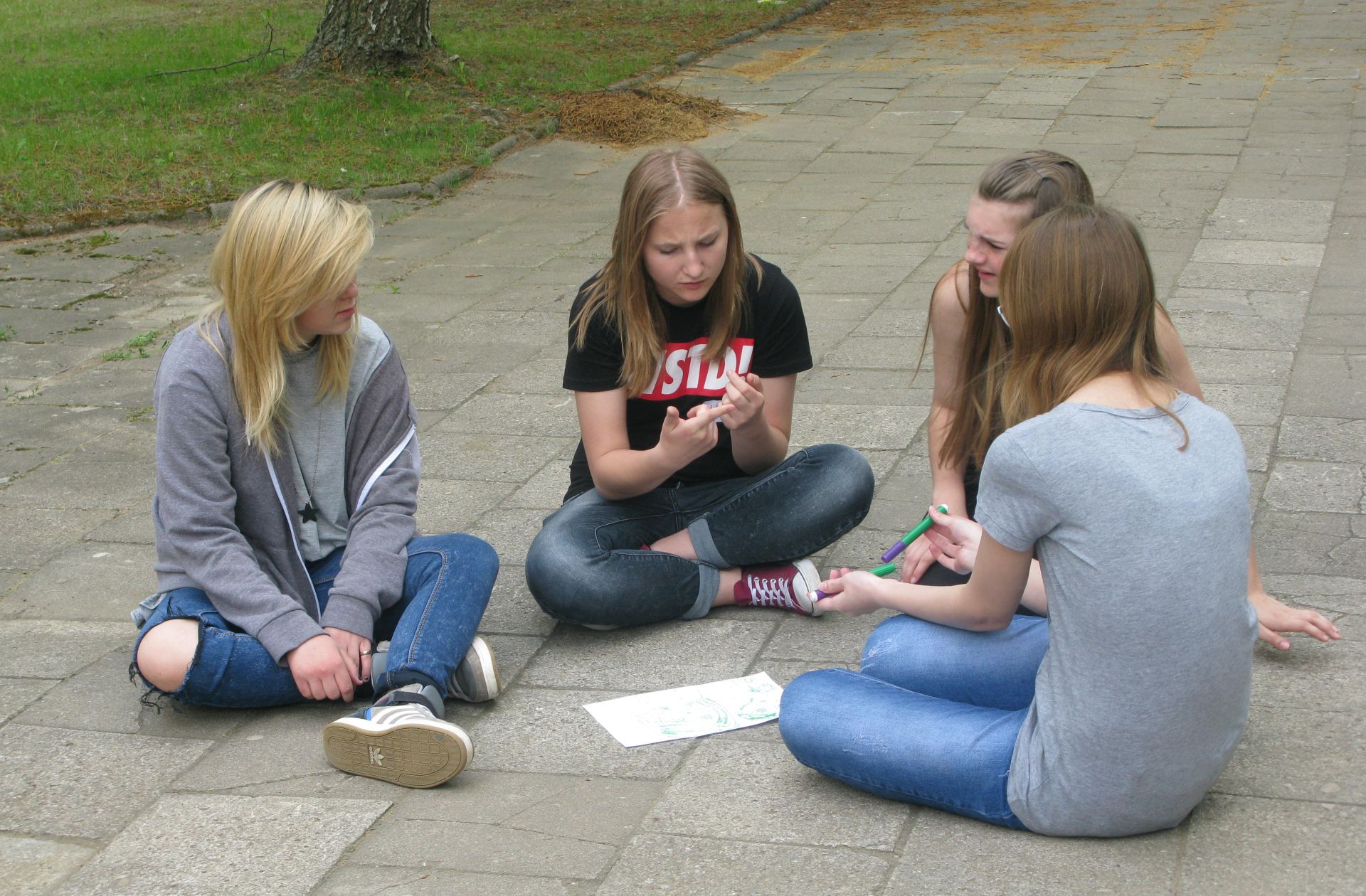 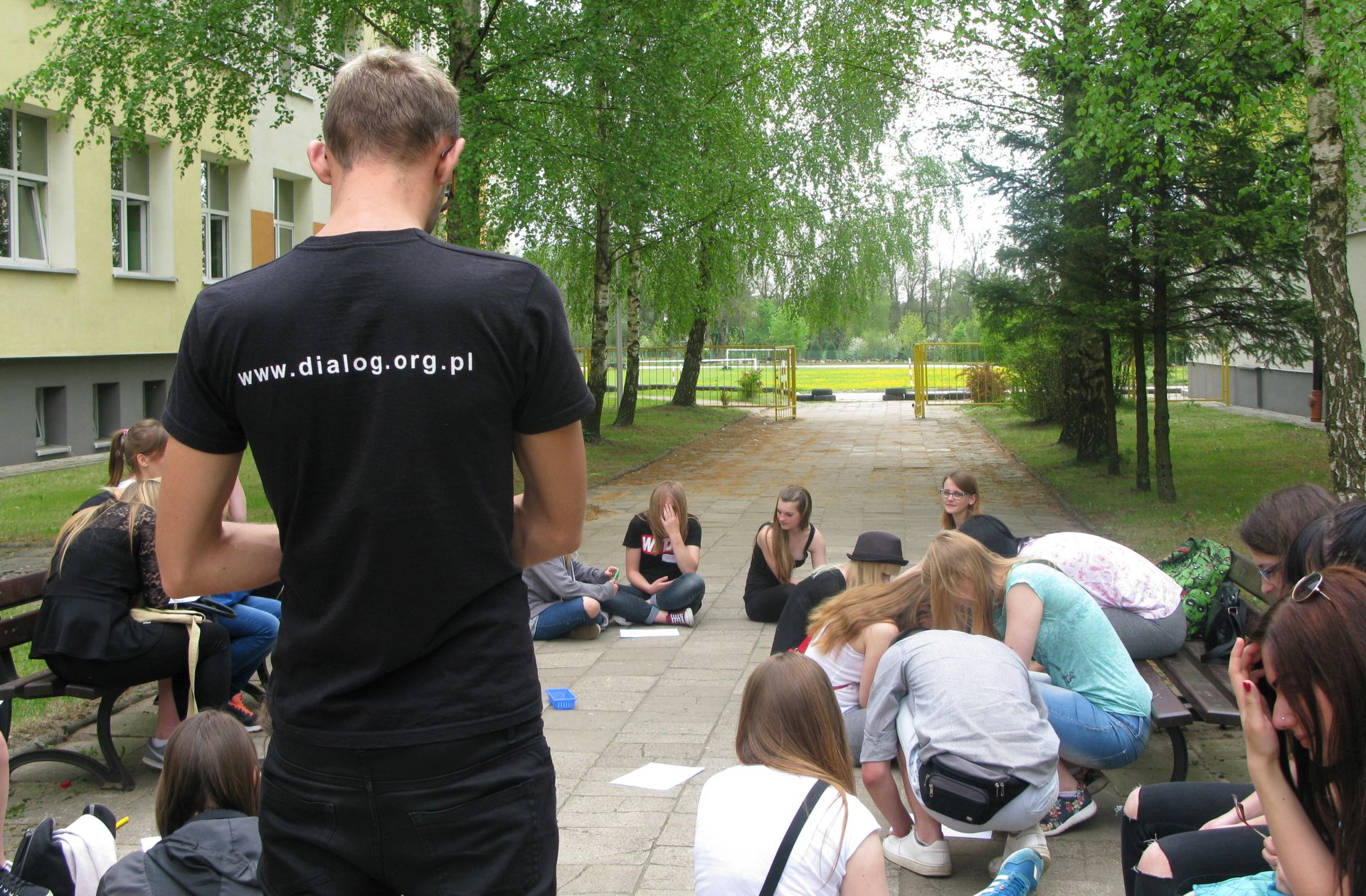 Most visible traces of this rich Jewish past take the form of buildings that still stand in the town. The building that used to be the rabbi’s home still stands at Wesoła Street; and so do the former Hebrew school building at Kościuszki Street and – just down the street – the edifice of the Jewish hospital that still serves as a hospital. The building of Moszav Zkenim at Noniewicza Street is still there and so is the prayer house at Emilii Plater Street, which currently houses a library. The Jewish cemetery at Zarzecze Street, ravaged by the Germans in the course of World War II, became a site of horse markets that were held in Suwałki in the 1950s. In the 1980s, the area of the cemetery was cleaned up, matzevahs found in the area were returned to the site, and those still left there were cleaned and placed in vertical position. Additionally, the cemetery wall and gate were repaired and a memorial plaque commemorating the Suwałki kehilla rabbis was unveiled. Today, 20 headstones stand in the same locations as before the war, while 150 more were inserted into the wall circumventing the cemetery grounds.
The birth site of Avraham Stern – founder of Lehi, paramilitary Zionist organization in Palestine – is now marked by a commemorative plaque. The square at Noniewicza Street now boasts a bust of Janusz Korczak, while a monument in honor of Holocaust victims was erected at the Jewish cemetery. On January 22, 2016, a monument commemorating Jews of Suwałki was unveiled at the corner of Noniewicza and Waryńskiego streets, which up until 1956 was site of the Great Synagogue.

The tour group gathered at Piłsudski square, where student organizers greeted their guests, introduced them to the School of Dialogue program and gave the tour route overview. They also explained what Jewish life in Suwałki used to be like: what professions the local Jews would have, where and how they lived. Next, guests were led to the “Pod Kolumnami” (“Under the Columns”) tenement house at 62 Kościuszki Street, to the house of Holenderski family. Then on to Maria Konopnicka junior high school, which once was a Jewish school, where students explained what the Jewish education system was like, what were the names of various schools and what significance they had for the Jewish community in Suwałki. In front of Avraham Stern’s house at 54 Kościuszki Street, students presented his biography and his role in the Zionist movement. Then a stop by a plaque commemorating the local Jews at Noniewicza, the site of the synagogue and a prayer house right next door. At Wigierska Street, participants were shown Adelson’s mill and the old brewery, and at Wesoła Street – the rabbi’s house. Who is a rabbi and what does he actually do? What is a mezuzah and where can it be found in a Jewish home? Then back to Wigierska to talk about Maccabee sports club: what it was, when it was established and what kind of sports the club offered. And finally, step by step, through Bakałerzewska Street, the group approached the Jewish cemetery, where tour leaders described the Jewish burial and mourning traditions, explained what a matzevah is and what symbols it may feature and presented other Jewish cemeteries in the Suwałki region.

Forum’s educators allowed me gain a different perspective on Judaism. They showed me Jewish customs, explained what Jews eat, how they pray and what holidays they celebrate. I think these workshops opened my eyes to other equally important religions.

Now, once we’ve done the tour, I started to imagine how things might have once been. I am very disappointed that the Suwałki synagogue was demolished; I find it shocking that a building that beautiful could be razed to the ground.

I am proud to have been introduced to Jewish culture.. Walking down the street I can now proudly say where the rabbi once lived and where the synagogue stood before it was torn down by the communists. I became tolerant because I already know the culture and history of the people who once inhabited my town, Suwałki.