Toruń is located in Kujawsko-Pomorskie voivodeship and has a population of over 200 thousand. Considered one of the oldest Polish cities, it was granted township rights in 1233. First Jewish merchants visited Toruń as early as 12th century, but began to settle there only at the end of the 18th century. In 1815, Jews accounted for almost 3.8% of local citizens, while in 1938 they comprised only 1.1% of the local population. Famous members of Toruń’s Jewish community include Zionism pioneer rabbi Zvi Hirsch Kalischer, painter Julie Wolfhorn and her brother Georg Wolf, sculptor of the town’s raftsman monument, as well as dr Johann Wentcher, pioneer of skin transplants.

Through workshops with Forum of Dialogue educators, students rediscovered their hometown, learning about its multicultural past and becoming aware of the Jewish role in it.

“I realized that despite the small size of the community, Jews had a significant impact on the city. The street next to the mikveh was called Łazienna (Bathhouse street), there are also a few plaques commemorating Jewish presence in Toruń. Now, when I walk the streets of the Old Town, I am aware they had lived here, which makes me happy,” said Oliwia, one of the workshops participants. The sessions gave participating high school students an opportunity to discuss issues related to identity. “For me, the most important thing after today’s workshops is that I started to think about my own identity. I now understand that people have influence over the reasons for which discriminated they are against. I gained new important knowledge on this topic,” one of the female students shared after the workshops. 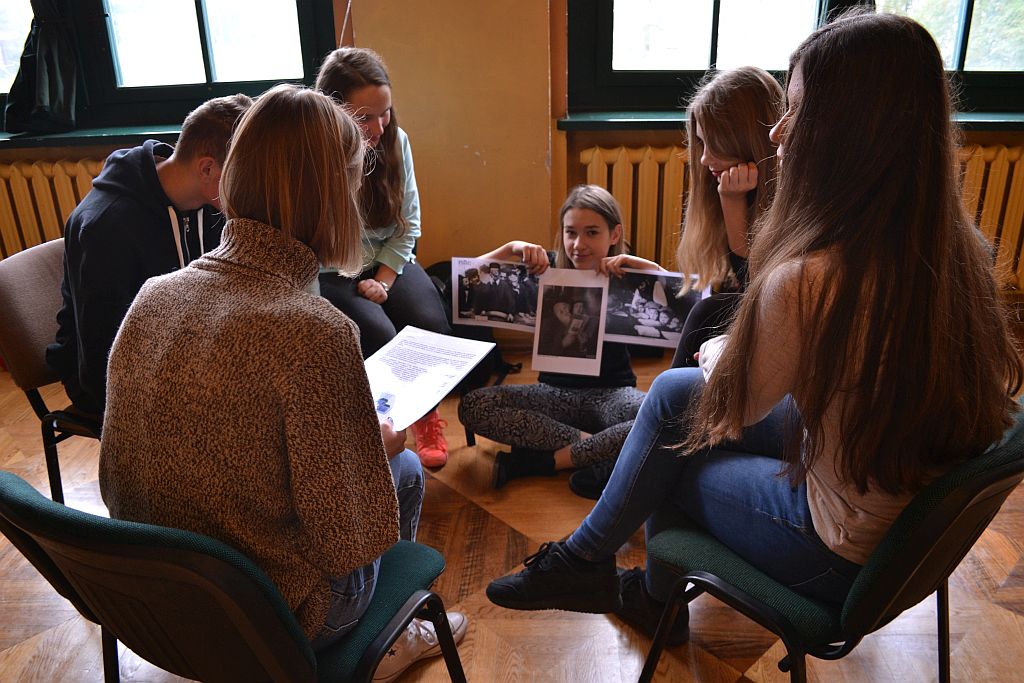 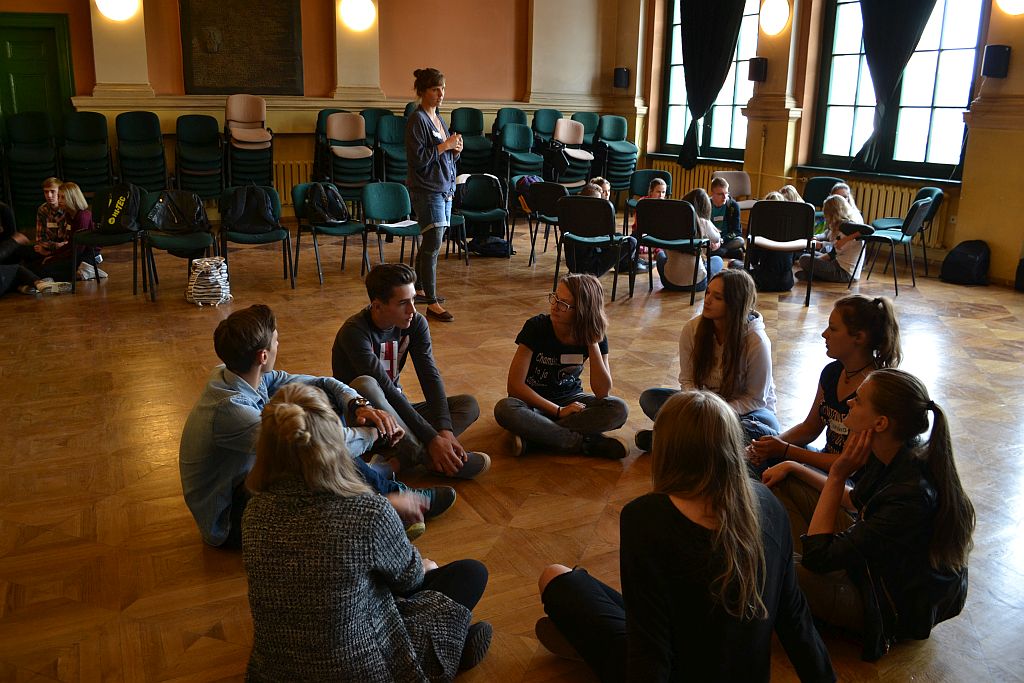 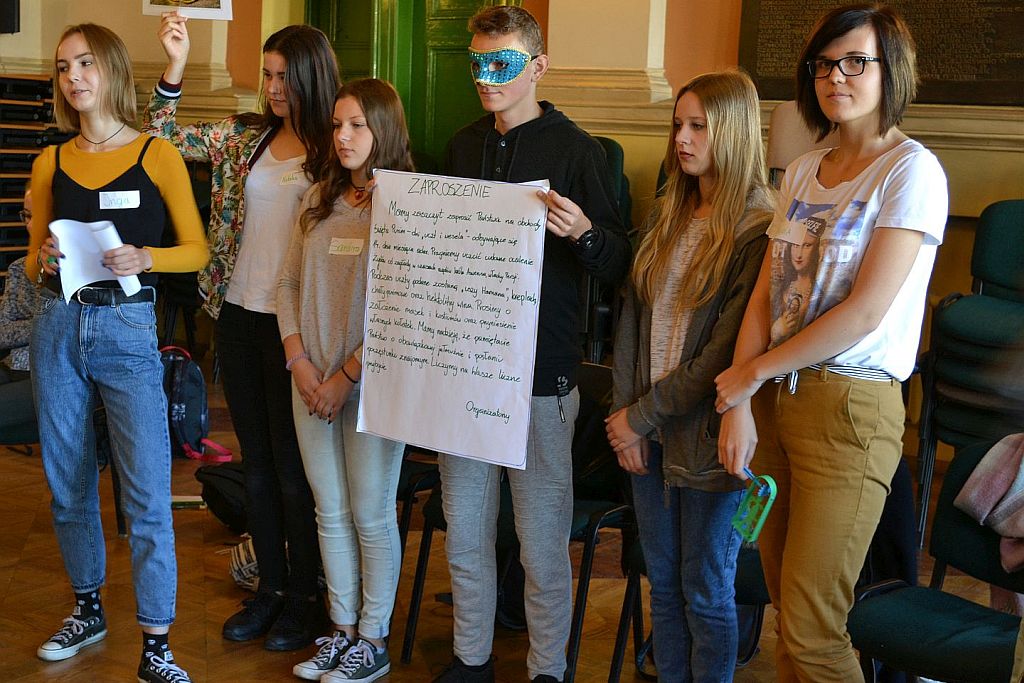 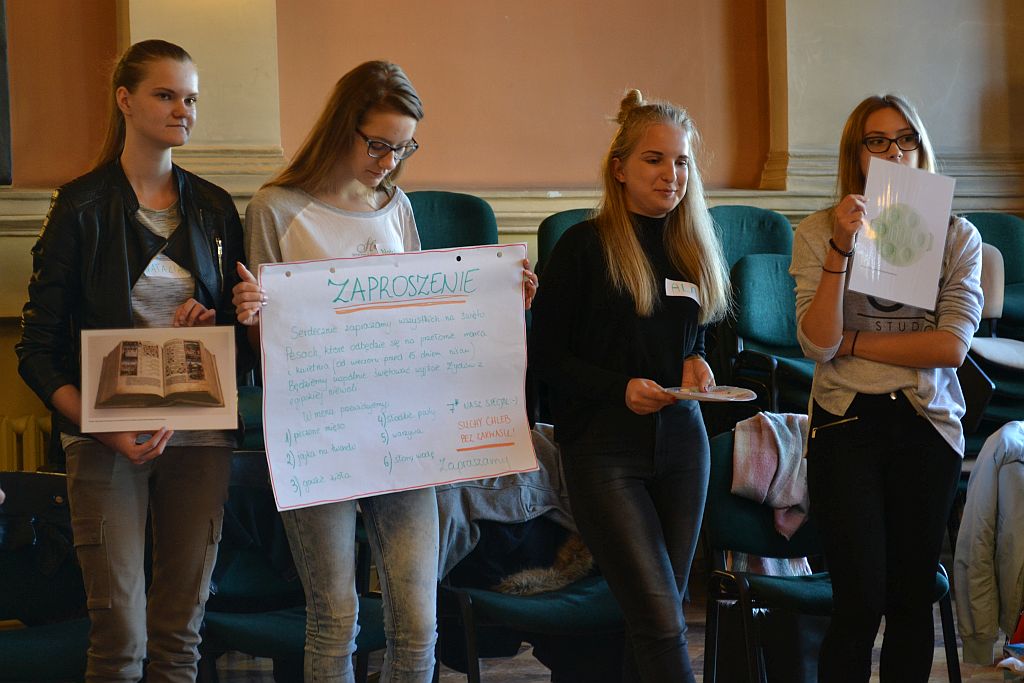 In the course of preparing their final project, students appreciated working together independently after the workshops. “What I like about the project is that we get to share our knowledge from the workshops with others,” said one of the male students. Workshop participants decided to organize a walking tour for other first year students. On December 7, students accompanied by their chaperones set off to explore traces of Jewish Toruń. The tour itinerary included most important sites related to the local Jewish history. Tour guides talked about the establishment of the first Jewish community, the synagogue, mikveh, cemetery and burial rituals.

They also introduced the group to life story of rabbi Kalischer. The tour’s final stop was the school building, where participants were treated to a snack consisting of matzo bread and dates. Tour organizers screened a short film from their visit at the local Jewish cemetery and presented some of the Jewish holidays. Their guests learned when the shofar horn is blown, what Shabbat is like and what makes a hanukkiah. Additionally, it was the students’ own decision to file a petition with the city mayor to commemorate the Kalischer family with a plaque on their tenement house at Szeroka 8 Street.

There are many sites connected to Jewish presence in Toruń. Buildings and tenement houses still stand, as do remains of the mikveh, cemetery and synagogue. There is much to see and learn here, many wonderful sites with equally fascinating history.

Finally I want to say that I am very happy to have participated in this project, as in today’s busy selfish world not everyone has the time to slow down, stop and think about the past. In my opinion, this is exactly what we just did.