School of Dialogue at School Complex No 1 in Wadowice

Wadowice is a town associated first and foremost with the Polish pope, who was born and raised as Karol Wojtyła in a house at 7 Kościelna Street. At the time, one quarter of the town’s population was Jewish. As there was no separate Jewish school in Wadowice, Jewish children attended the local public school. Among Karol’s friends was a Jewish boy by the name of Jerzy Kluger; the two would play street soccer on the town’s alleys. Their ways parted during World War II, but they met again in Rome, during the Second Vatican Council.

During School of Dialogue workshops, students were acquainted with Wadowice’s Jewish past and expressed interest in various Jewish-related issues, especially those connected to the life of John Paul II. A visit to the Jewish cemetery – which is surrounded by a wall and very well preserved – was a memorable experience for the group. “It was my first time there and I was very much impressed by what I saw” said Paulina, one of the tour participants, after the visit. Preparing their own walking tour through Jewish Wadowice for the final part of School of Dialogue program, students used a number of historical publications and photographic materials.

They managed to find very interesting pictures of the synagogue that they presented in the course of their tour. “The workshops and the walking tour we prepared enriched my knowledge on Jewish history, but we also learned a lot about the town we live in. I am certain that the workshops themselves and the time spent on preparations of the walking tour helped us learn to have mutual respect and to work together. In this respect, we became more empathetic and sensitive” wrote later in their report Ola and Sabina, two of the high school students.

On June 8, the students and the guests they invited for the tour – among them representatives of the local authorities – headed out on a walk through Jewish Wadowice. The group first visited Mickiewicza Street, to see location of a renowned public school attended both by Poles and Jews, the former including Karol Wojtyła. Today, the school building is used by Marcin Wadowita High School. Jewish butcher shops were located on the same street. Tour participants also visited the Main Square, where they were presented with a historical overview of Jewish Wadowice. 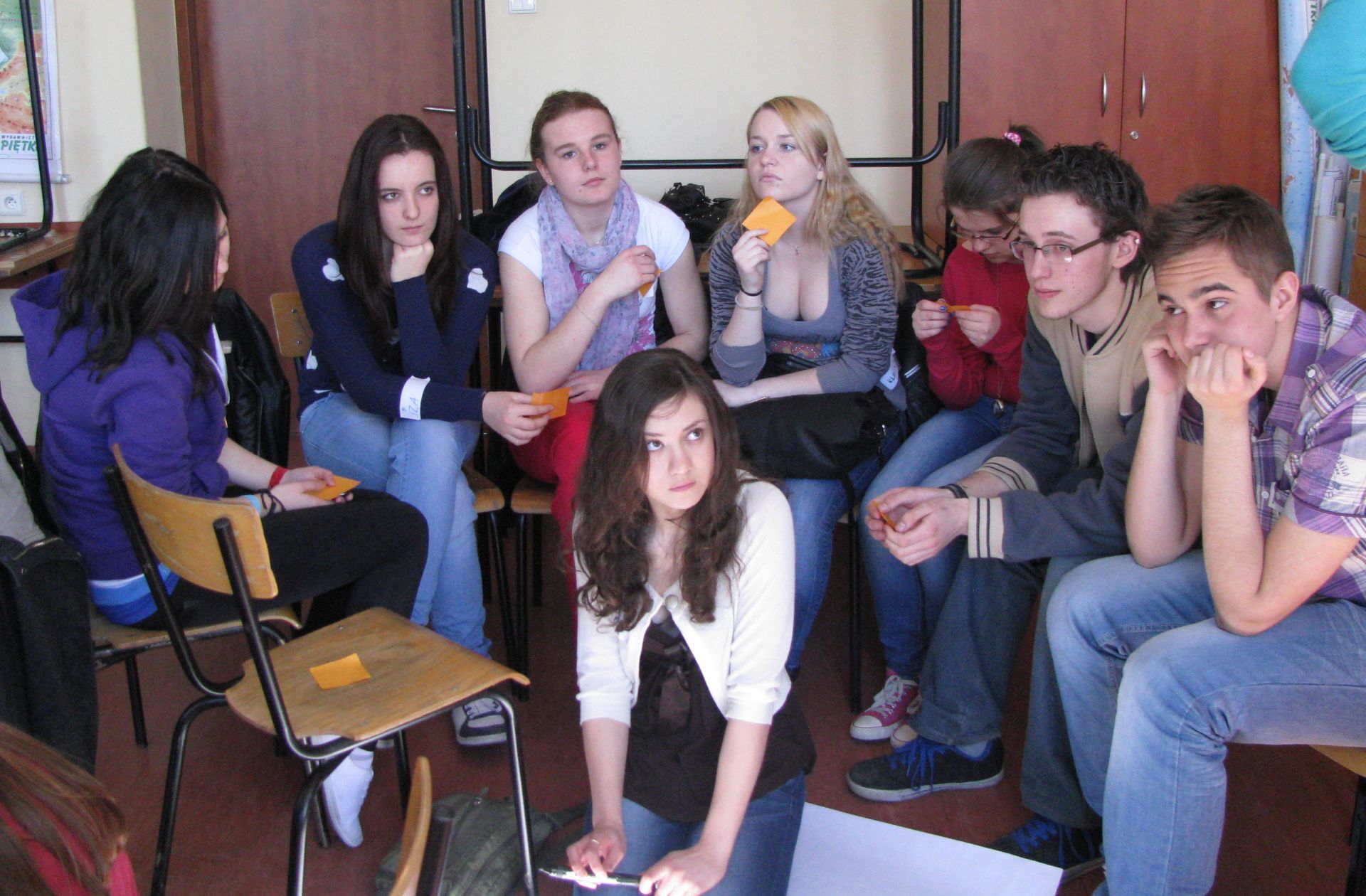 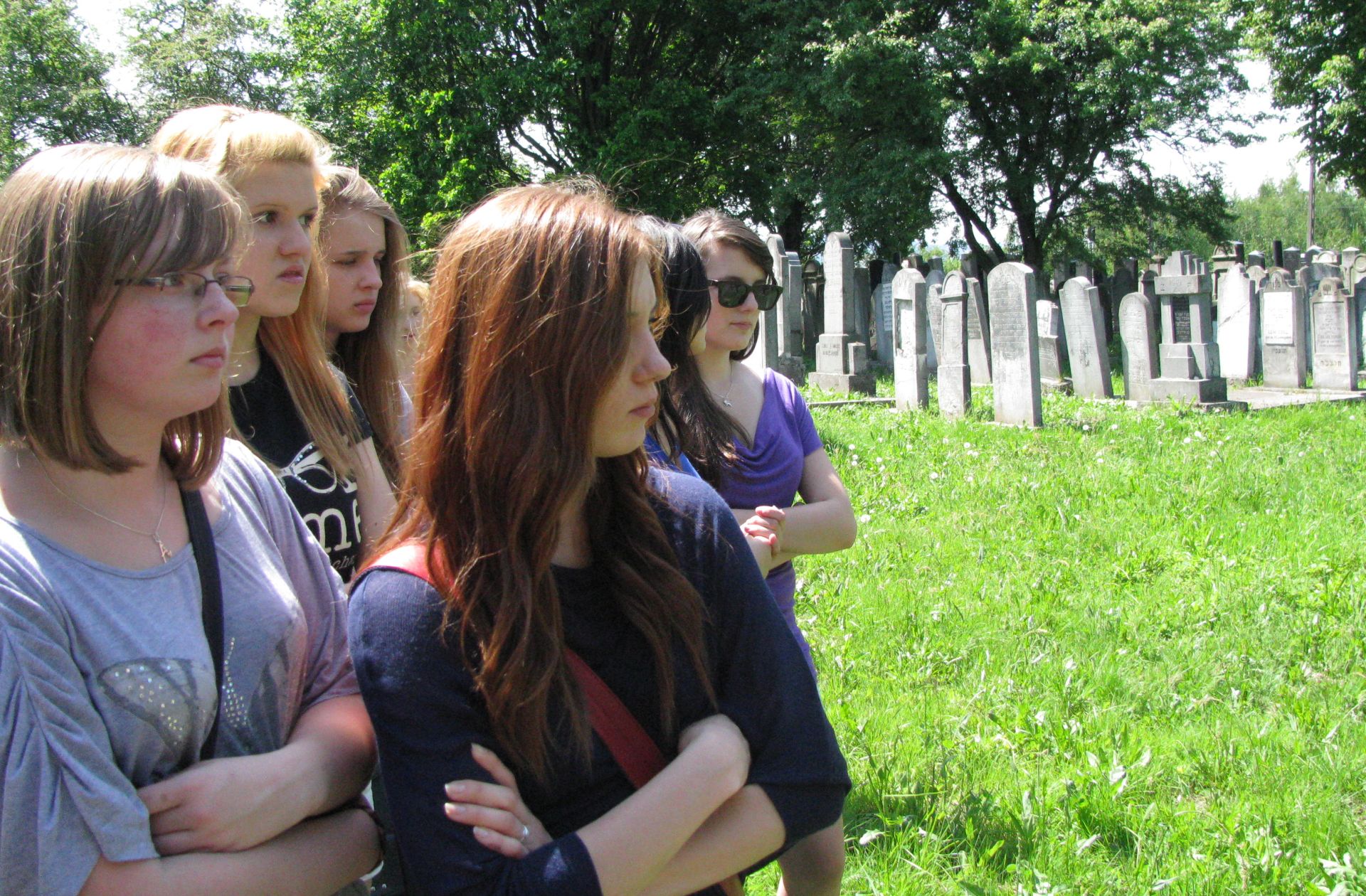 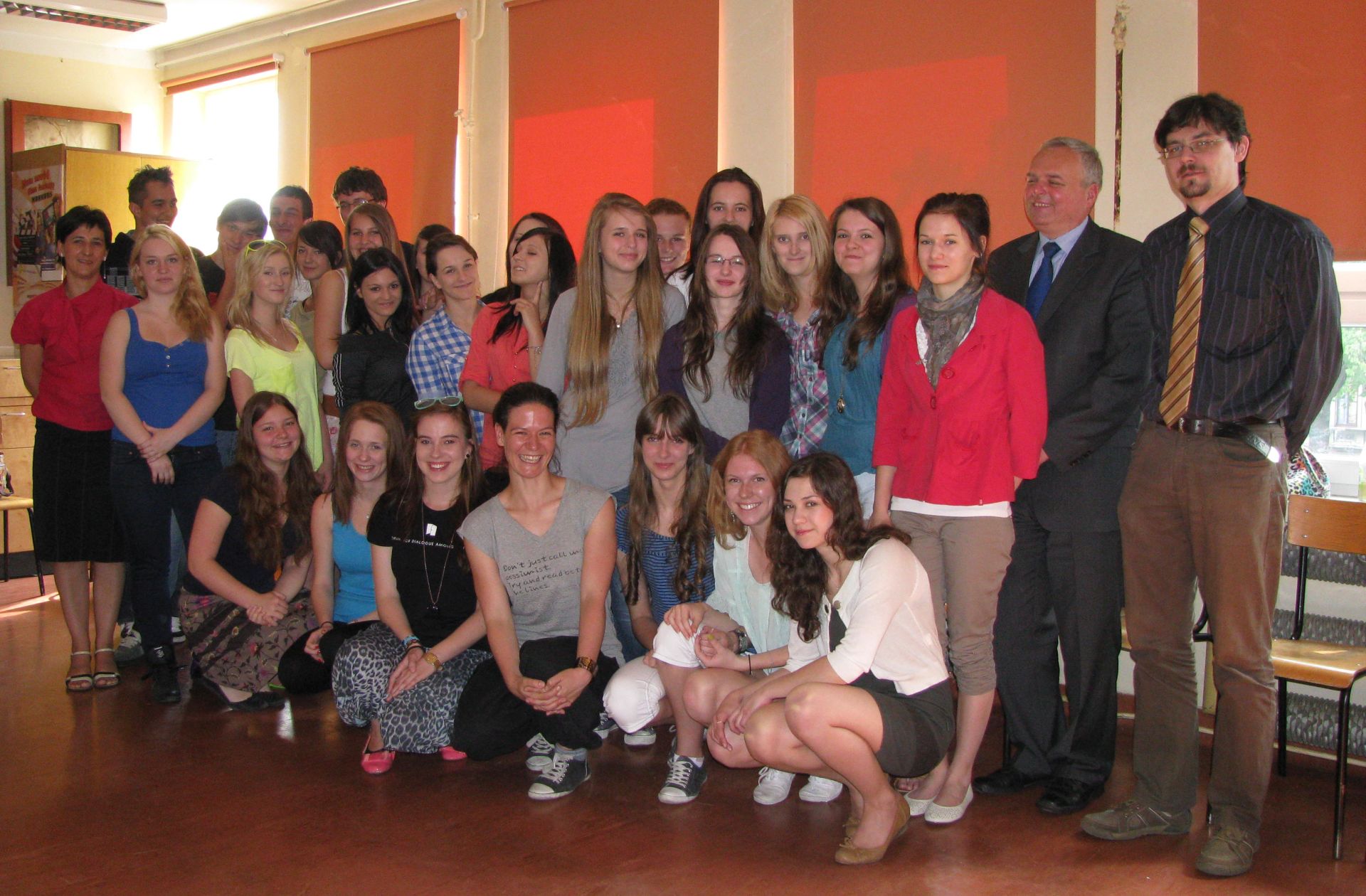 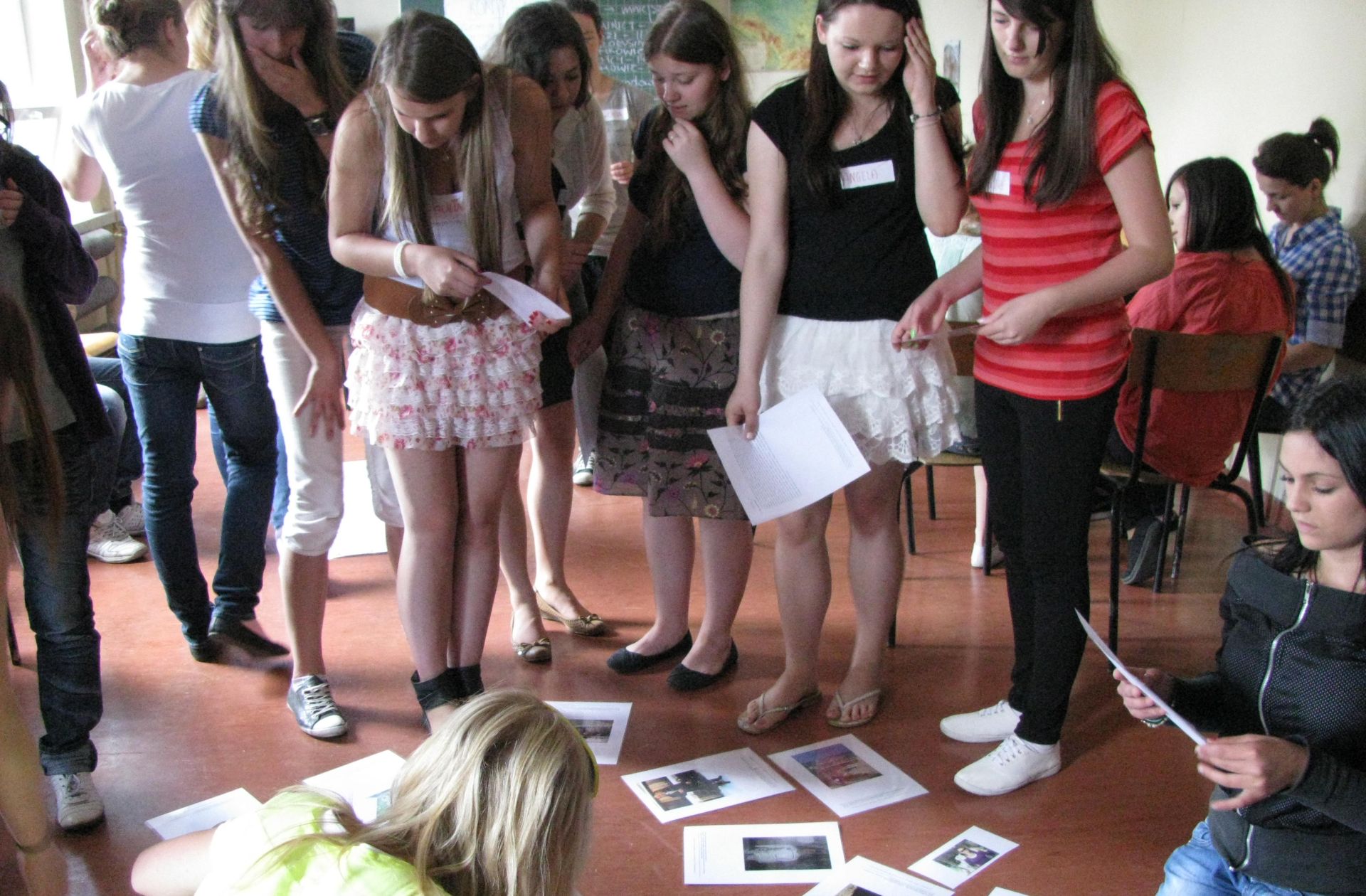 They heard that Jews started to settle in the town in the 19th century, that by 1881 a Kehilla was established and a synagogue was built 4 years later. That Jews owned a lumber-mill, a mill, many of the local factories and shops. And that after the Nazi army entered the town, Jews were forced to work on regulating the river Sława, some of them were herded into the ghetto, whose every resident was deported to Auschwitz-Birkenau extermination camp in 1943.

On the next stop of the tour – Solidarności Square – students presented some of most accomplished Jewish residents of Wadowice. They mentioned Herman Reich, who headed the Kehilla, the attorney dr Wilhelm Kluger and rabbi Dajan Cwi Elimelech Greisman. Then on Ghetto Heroes Square (Plac Bohaterów Getta) students recounted the tragic fate of the Jewish community during World War II: that the ghetto was the size of a soccer field and 30-40 homes became home to 200 people. That the ghetto gate was located by the present-day bakery and the whole area was fortified by a barbed-wire fence. Then on to the Jewish cemetery. The entrance is marked by the drive-through gate in the funeral home.

On its left side was a two-room apartment of the caretaker, which now stands empty. To the right of the gate – a room for the purposes of Chevra Kadisha, also unused. The county prefect mentioned the plans to house the Museum of Wadowice’s Jews here. The cemetery itself seems to be well cared-for: grass has been freshly mowed, many of the matzevot remain in vertical position, some of them had been painted in colors, with inscriptions in Polish and Hebrew. Here the students described a Jewish funeral and rules connected with proper treatment of the deceased’s body.

The last stop on the tour was the site of the former synagogue that once could fit as many as 700 people, which is now used by a preschool. A plaque on the building commemorates the Jewish population. The building of the mikveh is now a laundry.

We used a number of sources to find information about the daily life of local Jews and sites related to them, such as the synagogue or mikveh. However, the best preserved place was the Jewish cemetery. It was my first time there and I was very much impressed by what I saw.

The workshops and the walking tour we prepared enriched my knowledge on Jewish history, but we also learned a lot about the town we live in. I am certain that the workshops themselves and the time spent on preparations of the walking tour helped us learn to have mutual respect and to work together. In this respect, we became more empathetic and sensitive.

I recently learned that this town had a lot to do with Jewish culture and daily life. There are many sites here that are very much related to Jews.

School of Dialogue program in Wadowice was made possible by the support from JONATHAN DORFMAN.