School of Dialogue at Maria Skłodowska-Curie School Complex No 3

Continuing Schoof of Dialogue in 2014

School students from Wiskitki can be considered lucky, as through Forum for Dialogue they met with one of the descendants of Wiskitki’s Jewish community who told them about her family that lived in the town. .. Prior to the meeting, the students took part in the  School of Dialogue workshops held in Wiskitki by two of the Forum’s educators. With the educators’ support, students delved into Jewish culture, religion and traditions. They held heated discussions about multiculturalism in their town; many of them had been completely unaware of the multifaceted history of Wiskitki.

Students decided that traces of different cultures in Wiskitki would serves as leitmotif of their final project and proceeded to plan the route of their walking tour accordingly. All students became involved in organizing the tour, gradually uncovering an unknown history of the people who had once inhabited their town. Jews had been settling in Wiskitki since the 18th century. In 1859, Jews comprised 33% of the local population. At its largest, the Jewish community of the town had 1,600 members, which amounted to 46% of the local population. 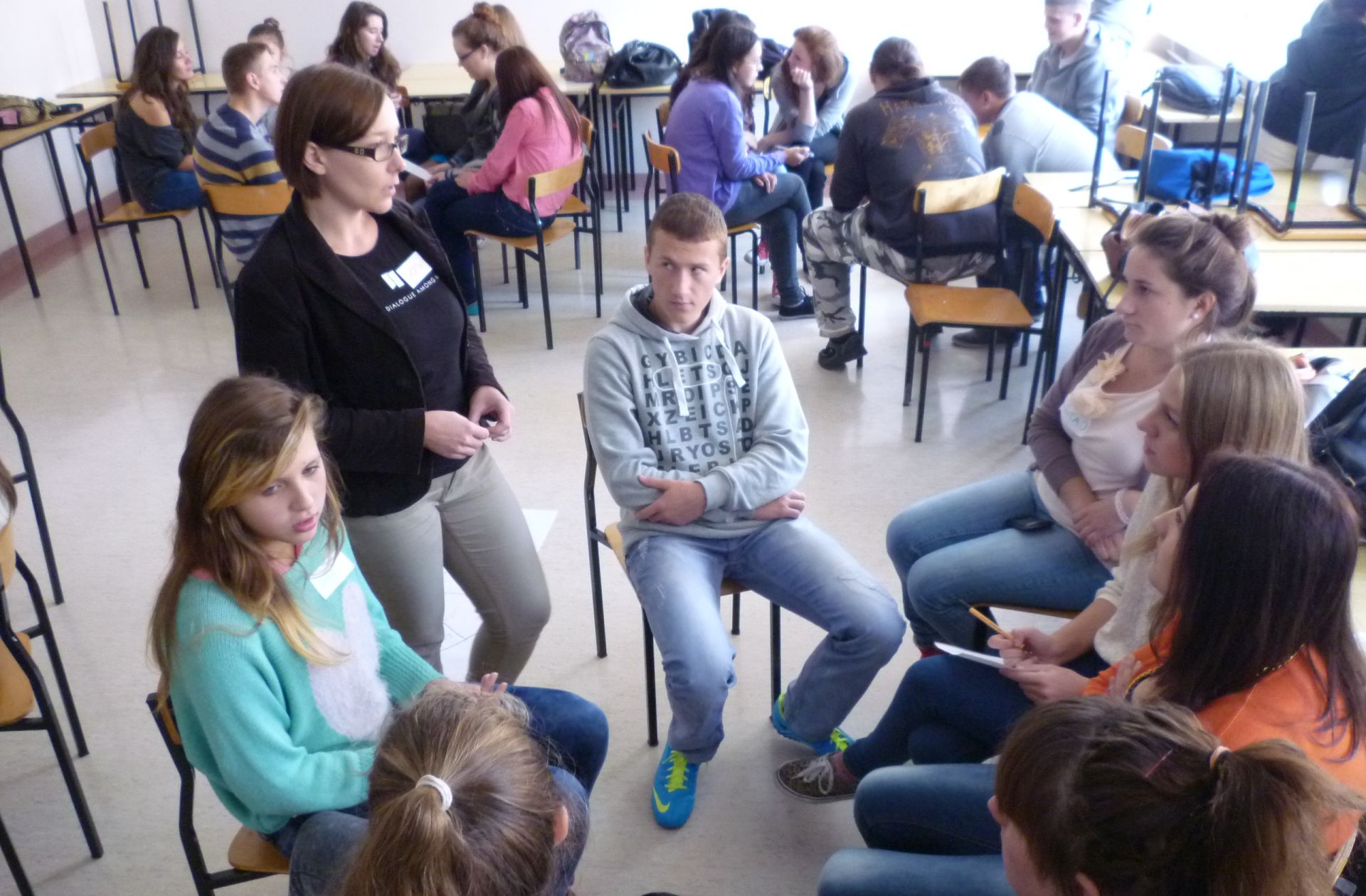 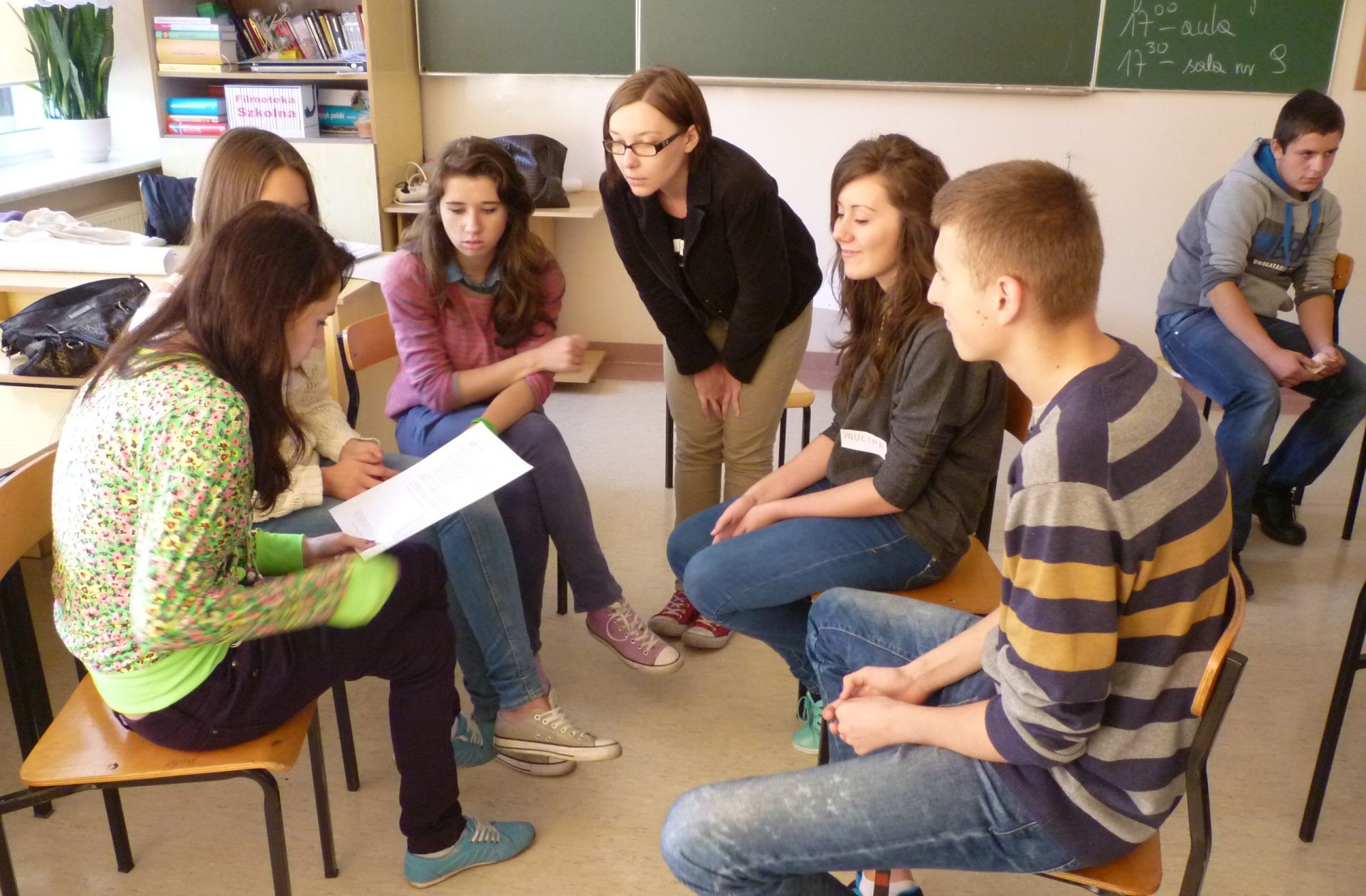 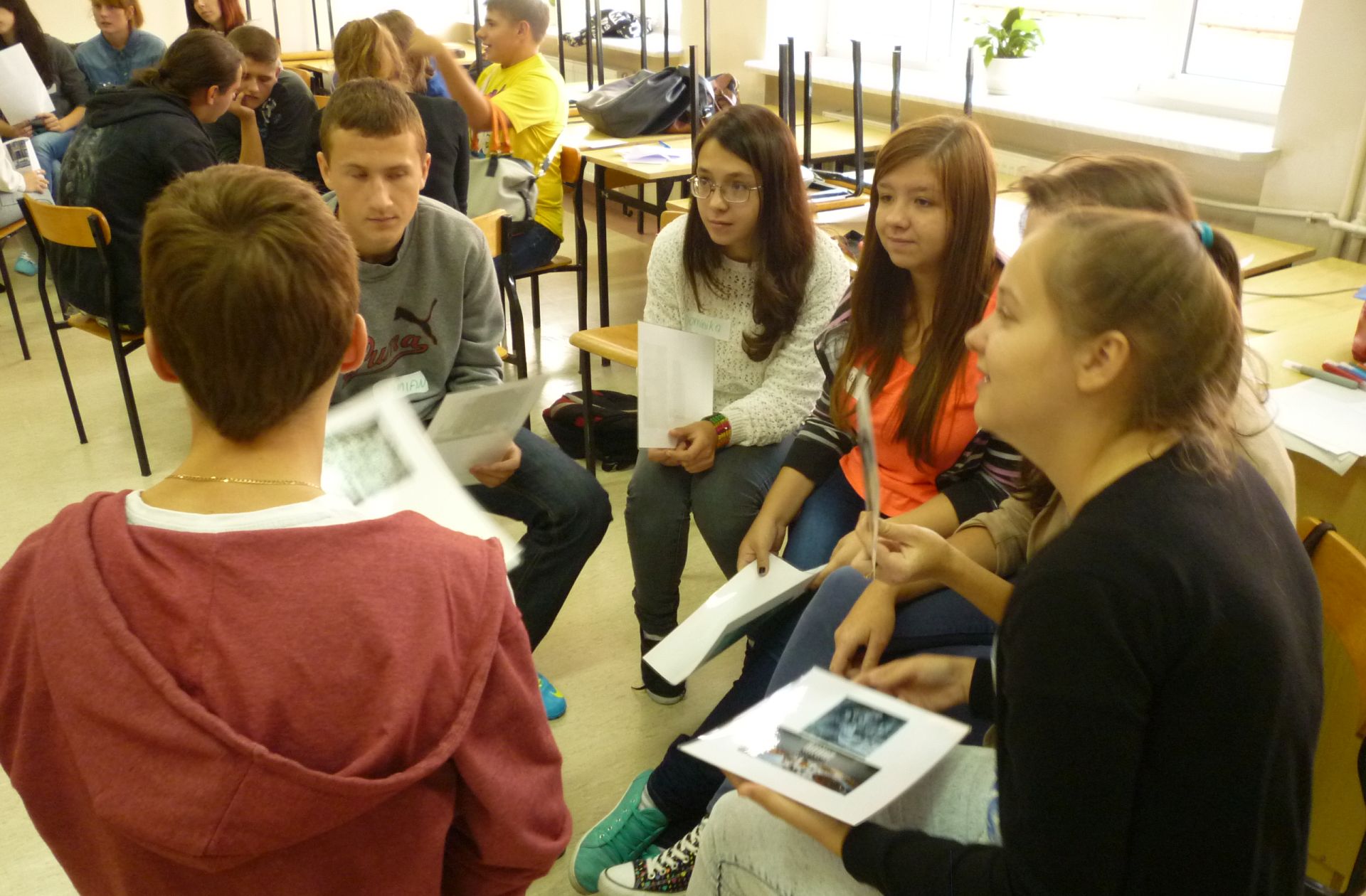 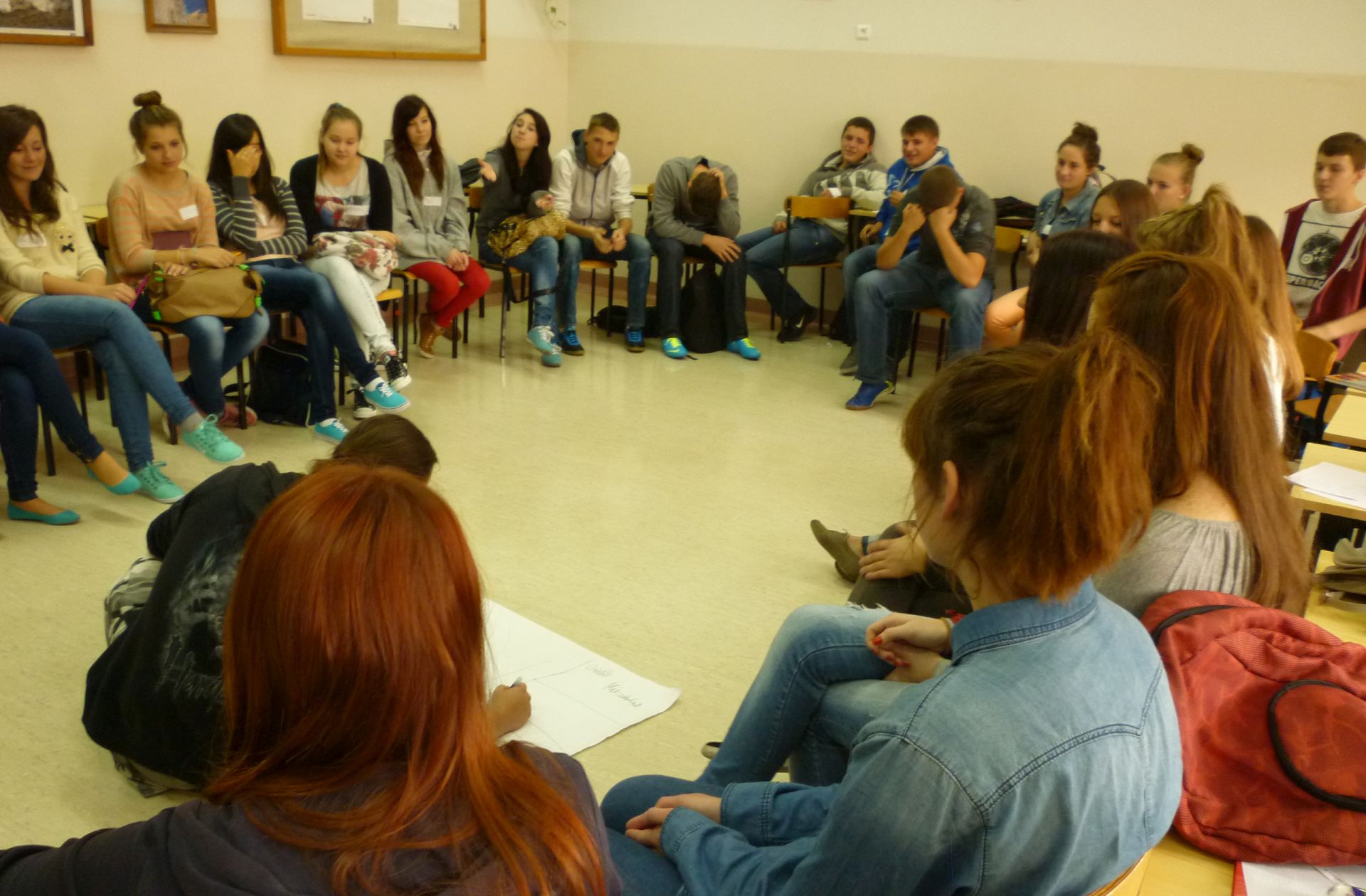 In subsequent years, Jewish residents would migrate to larger cities , the United States and Western Europe. After the war, very few of them returned to Wiskitki. The survivors created a Jewish Committee in the town, with 13 members. In all likelihood, most of them left town later on.

The route of the walking tour included sites important for Wiskitki, such as the manor house, the Catholic church and schools. Participants also stopped at the site of the former synagogue, whose exact address (5Strażacka Street) was established with the help of Forum’s educators in the course of the workshops. Unfortunately, during the war the synagogue building was completely devastated. The group then visited the sites of the kosher slaughterhouse and a mill.

They also walked the streets that were incorporated into the ghetto that had been created in 1940 for ca.2000 Jews from Wiskitki and the surrounding area, as well as from Łódź, Poznań, Zgierz and Płock. The ghetto was liquidated one year later, and its residents were deported to Treblinka death camp. The final stop on the tour was a Jewish cemetery, which dates back to the first half of the 19th century. Little survives until today, just a few dozen matzevot.

The final element of the tour was a meeting organized inside the school, where students gave a short presentation on the history of Wiskitki and the local multiculturalism. They also opened an exhibition on these topics for all other students of the school.

Thanks to these sessions I learned how much information about Jewish culture is out there. Now I can imagine what Wiskitki was like before the war. I was not interested in Jewish or other people’s history before, but I now see this is a fascinating and insightful topic.

What I found most surprising is the fact that I learned about sites in Wiskitki that I was not aware existed. The Lutheran and Jewish cemeteries were the biggest information resources for me. I will return to both sites with pleasure to explore the tombstones, perhaps some of them belonged to my ancestors.

By becoming acquainted with the history of local population you can also learn something about yourself. I was happy to participate in this project and I hope that I will be able to take part in a similar one in the future.

School of Dialogue program in Wiskitki was made possible by the support from ROBYN DRYEN.