In June 2017, George Elbaum, a Holocaust survivor, came to Poland with his wife Mimi, his son Jordan and his daughter-in-law Rebecca. During their stay in Poland, they met with School of Dialogue alumni in the Mazovia region, including students from St. M. Kolbe Junior High School No. 2 in Błonie, where Dorota Berlinska, a local Leader of Dialogue, is a teacher.

Talking to young people about the Holocaust with honesty and sensitivity can be difficult at times.

Nevertheless, Warsaw-born George Elbaum mastered this art to perfection. With his book “Neither Yesterdays, Nor Tomorrows. Vignettes from the Holocaust”, published in Polish with the help of the Forum for Dialogue, and depicting his childhood during the war and further fate, he moved the audience and inspired a lively discussion.

When reading the book, the students learned that their guest loves sweets – so they baked cups filled with marzipan, supposedly his favorite treat.

The program is co-financed by Malka and Pinek Krystal Scholarship Fund.

On 24 April 2015, students from Junior High School No 2 in Błonie, the winners of the 2013 School of Dialogue, met with a group of twenty-three representatives of the World Presidents Organization and Young Presidents Organization. After short ice-breaker workshops, the youth from Błonie, those participating in the project from the beginning and students who joined the project later, took their guests on a walking tour following the footsteps of Jews of Błonie.

Chaja Łaja, a Jewish girl whose prewar and war history students managed to discover, became a guide around Błonie of the old times. Students showed where the synagogue and other places important for the Jewish community used to stand. They talked about the tragic love story of a religious Jewish girl and a Christian boy, that the pre-war local newspapers wrote at length about. For students who joined the project only recently, it was the first opportunity to act as guides. They managed very well! 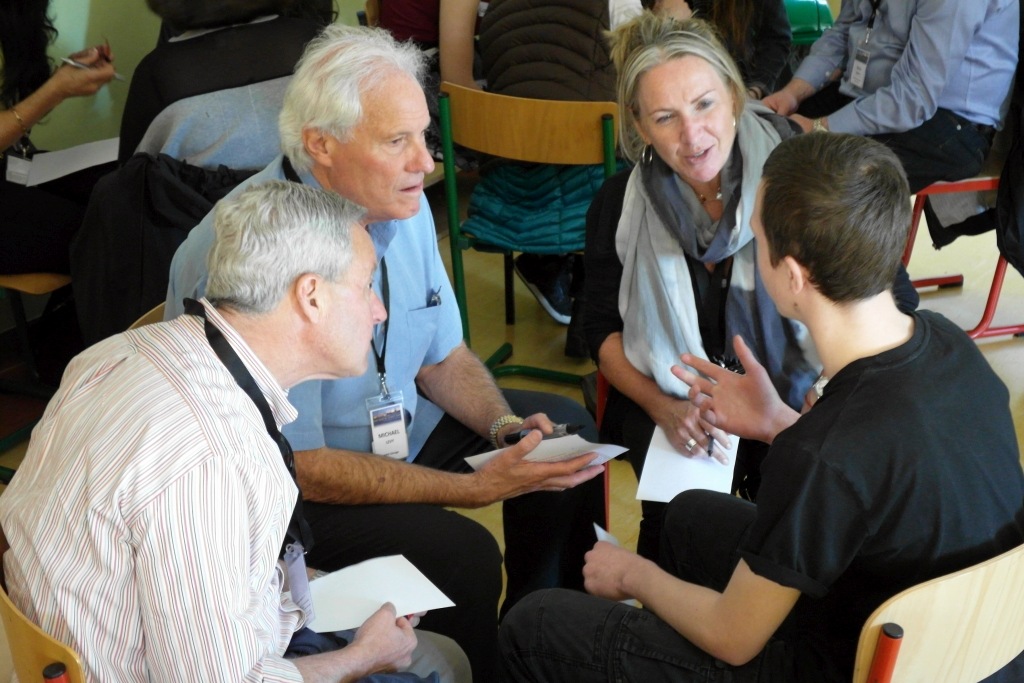 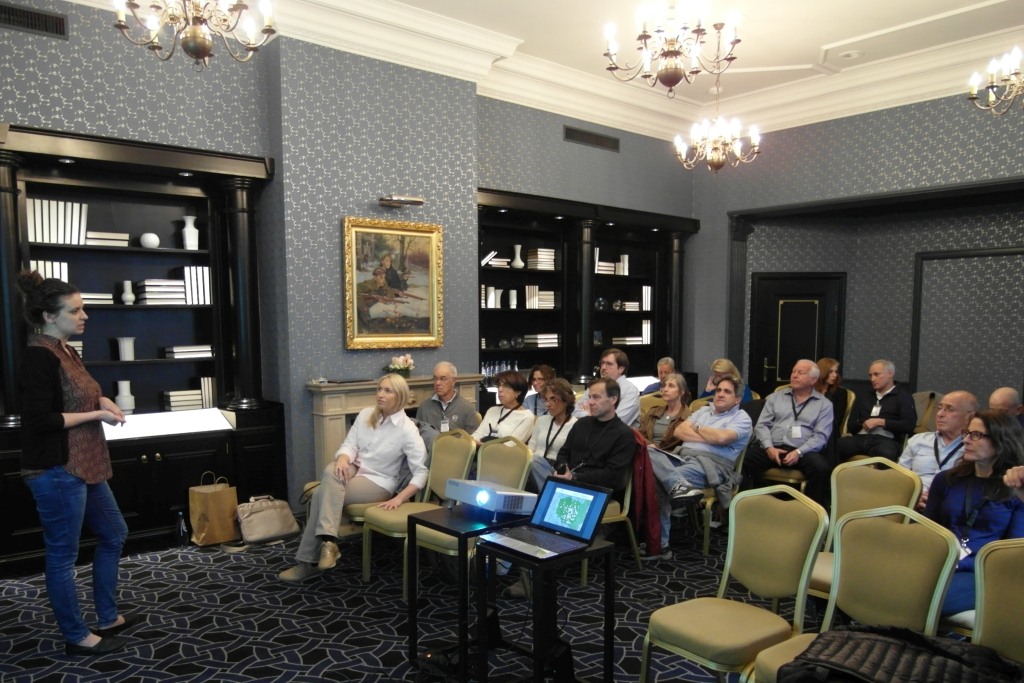 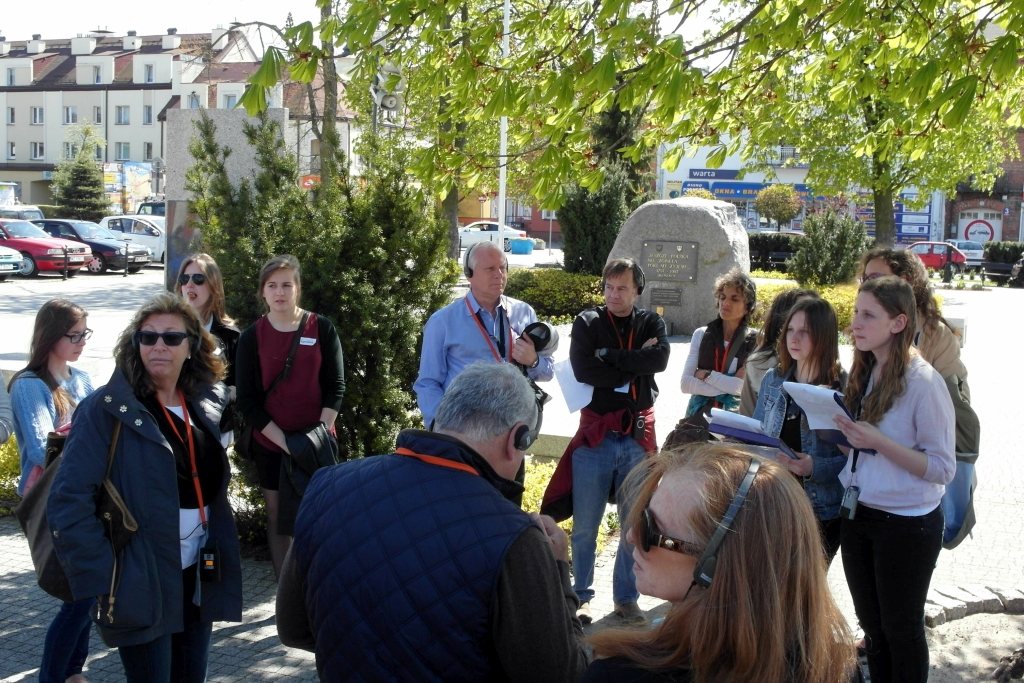 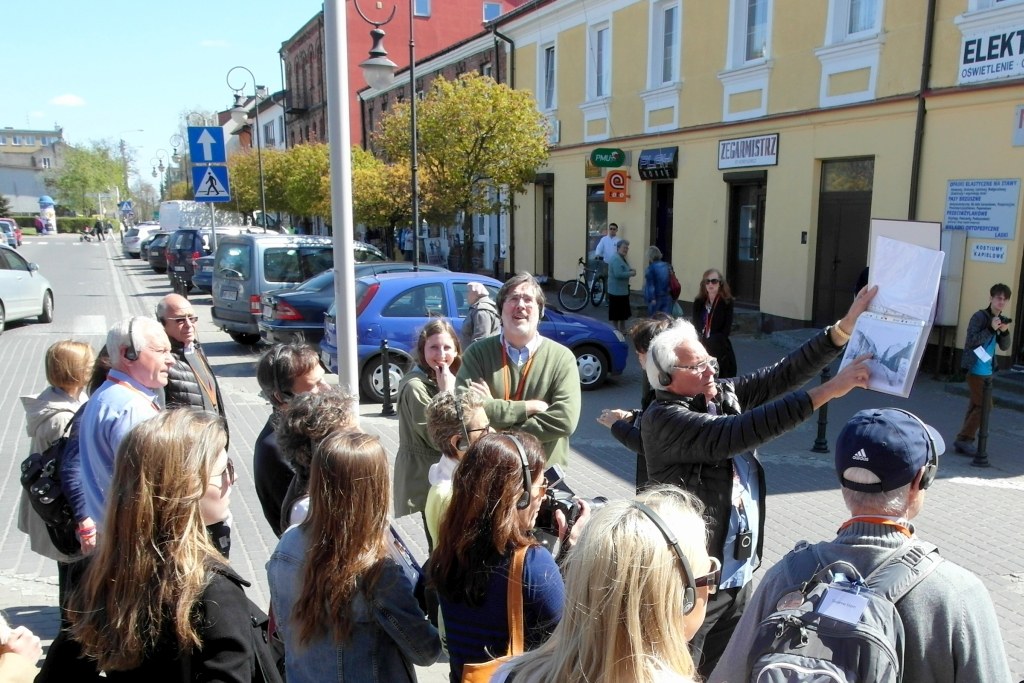 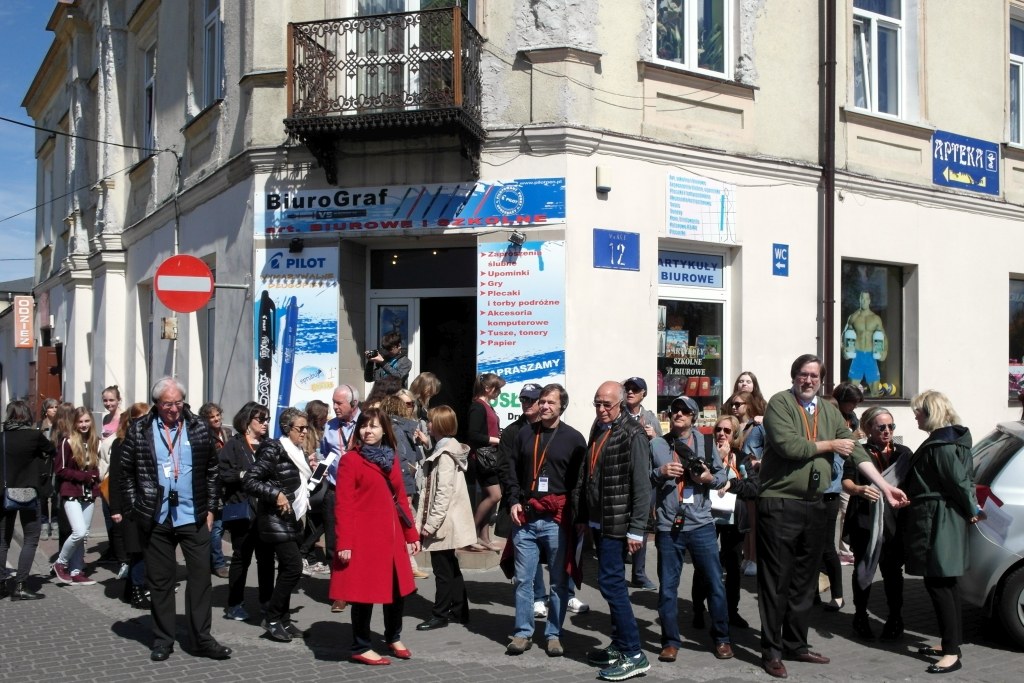 Facing History and Ourselves Visit

“We all needed some hope and inspiration today. I knew it would come with spending the day with students. When we arrived at the school you could just tell how excited and nervous these middle schools kids were. Little did they know so many of us were counting on them to lift out spirits. They did not disappoint. These incredible kids, still learning English, bravely and proudly led us on a tour through their city highlighting significant places that belonged to Jews before the war. What struck me the most is how these Polish Christian kids handled the Jewish narrative with such care, as if they realized that this too was their history.” 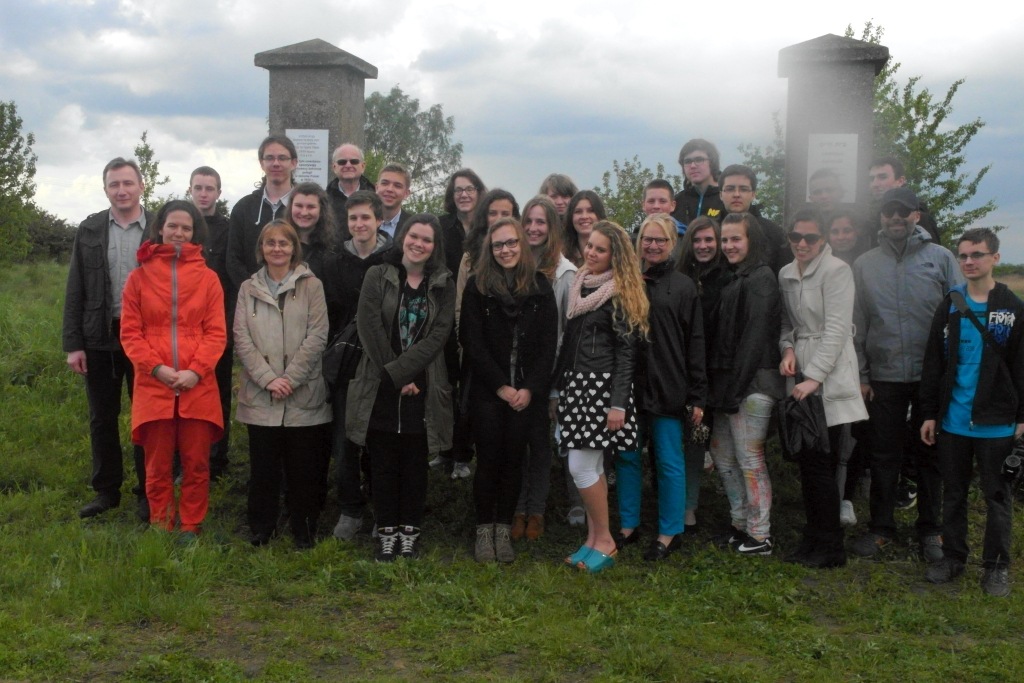 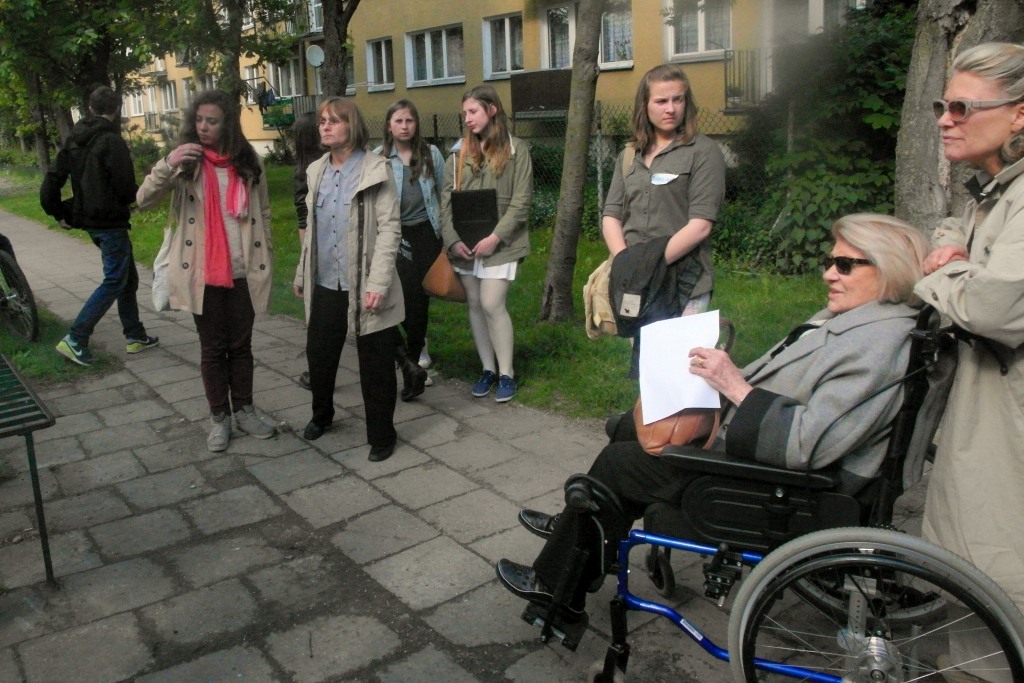 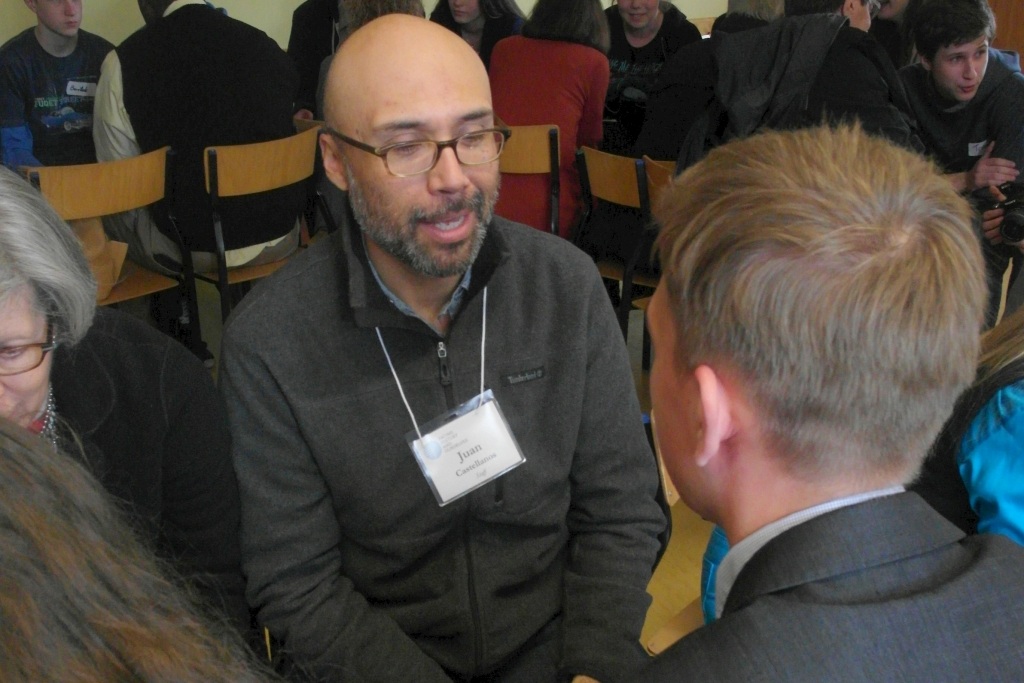 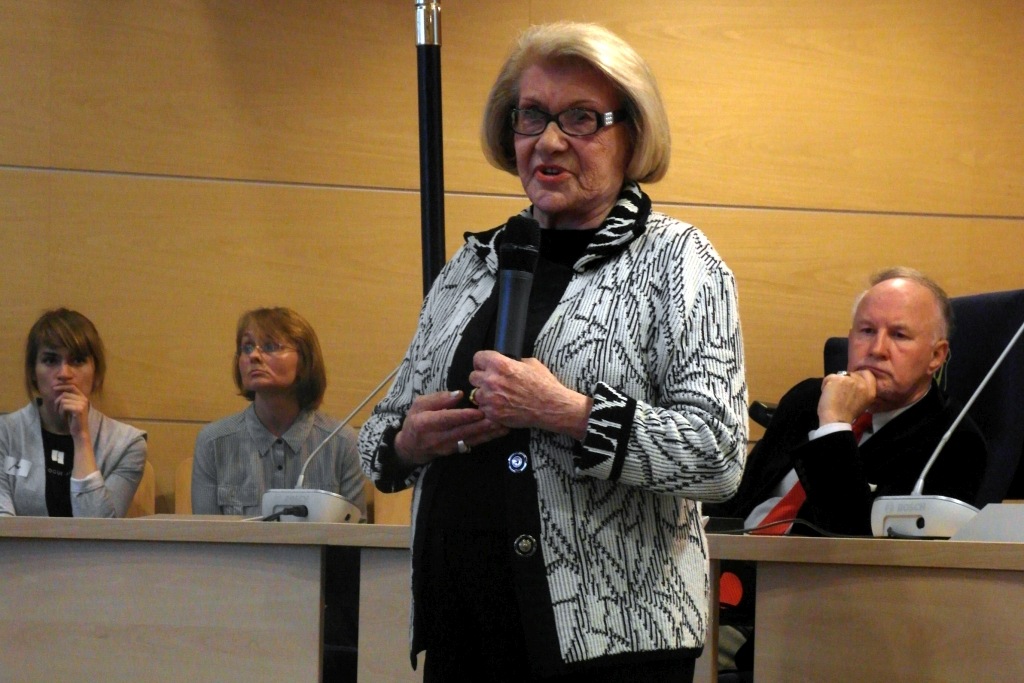 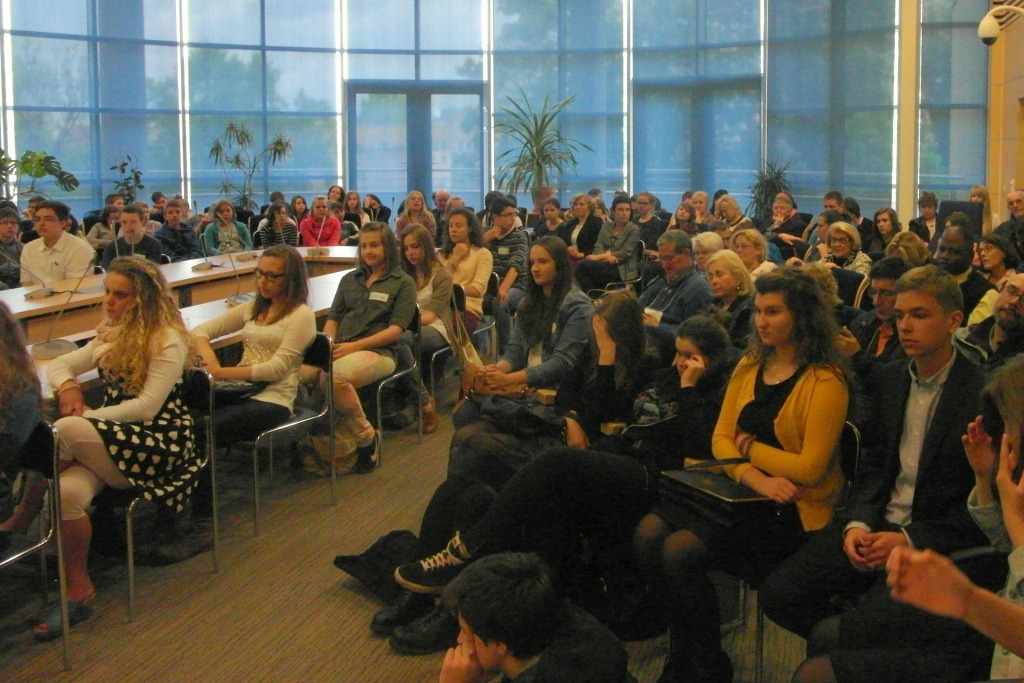