On April 9, 2014, students from School Complex no.2 in Ciechanów were visited by two guests from London – Scott Saunders, founder of March of the Living in the United Kingdom and rabbi Shoshana Boyd Gelfand, director of JHub, an initiative launched by Pears Foundation. Rabbi Boyd Gelfand had visited Poland before to attend a study tour organized by Forum for Dialogue. She was greatly impressed with School of Dialogue participants from Sienna , whom she was then introduced to. After returning home, she decided to employ her experience in the March of the Living organization, so that it would truly provide a Polish-Jewish dialogue. Thus, she took Scott Saunders on a trip to Poland to meet School of Dialogue participants from Ciechanów.

The meeting began with an introductory workshop that led to a free-flowing conversation between participants in English.

Students were asked about their experience with School of Dialogue program, what searching for information about prewar Jewish life in Ciechanów meant to them, and how other residents reacted when learning about students’ pursuits. The students, on the other hand, were interested in their guests’ personal stories. They asked about the guests’ professions, what it is like to be a female rabbi, and what life in Israel, New York and Hong Kong is like. After the meeting, students took their guests on a walking tour through Ciechanów sites connected with the life of Róża Robota and other Jewish residents – the route had  beencreated in December of the previous year for School of Dialogue program’s final project. 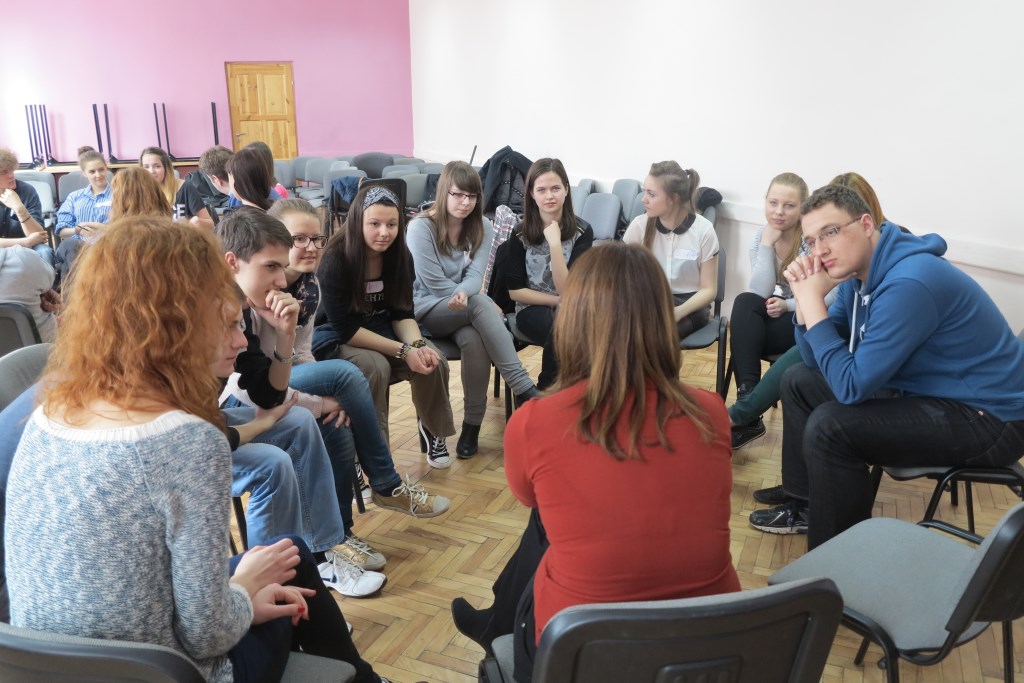 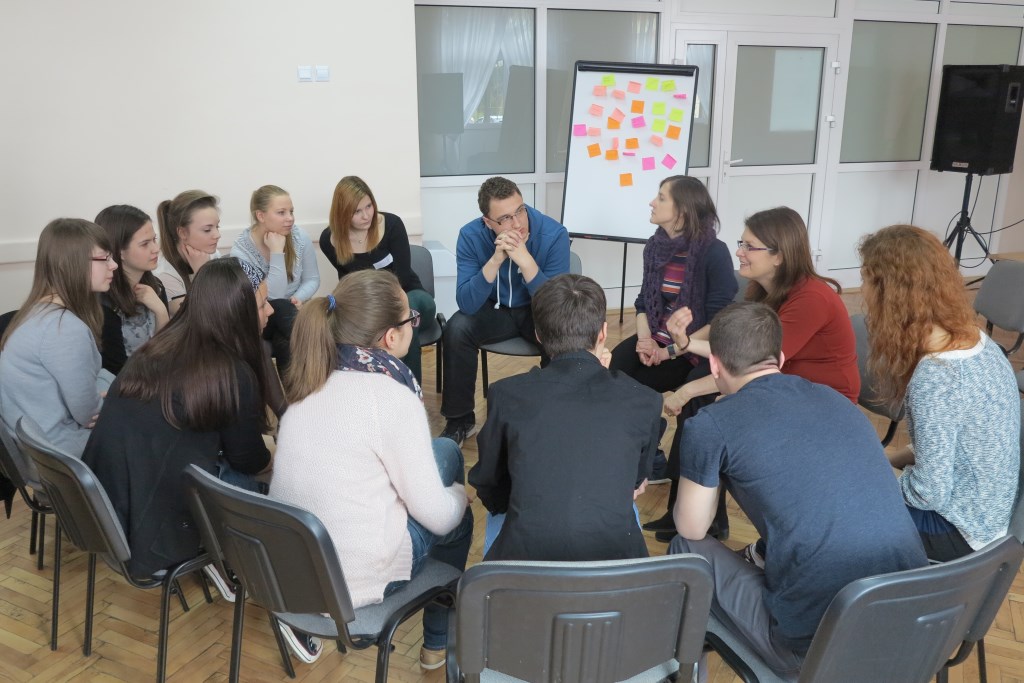 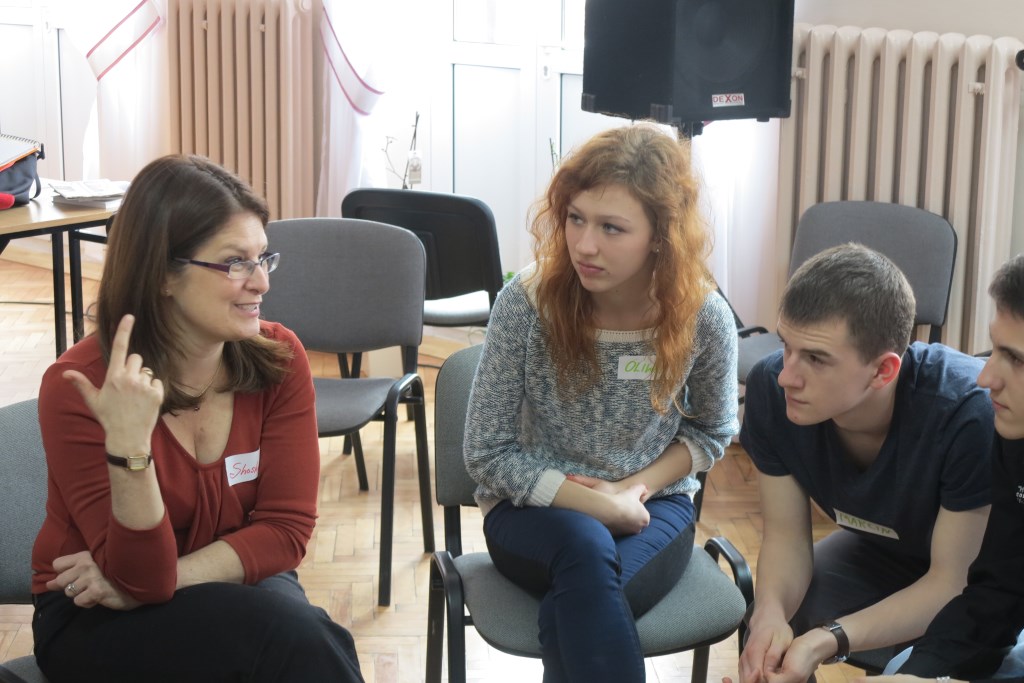 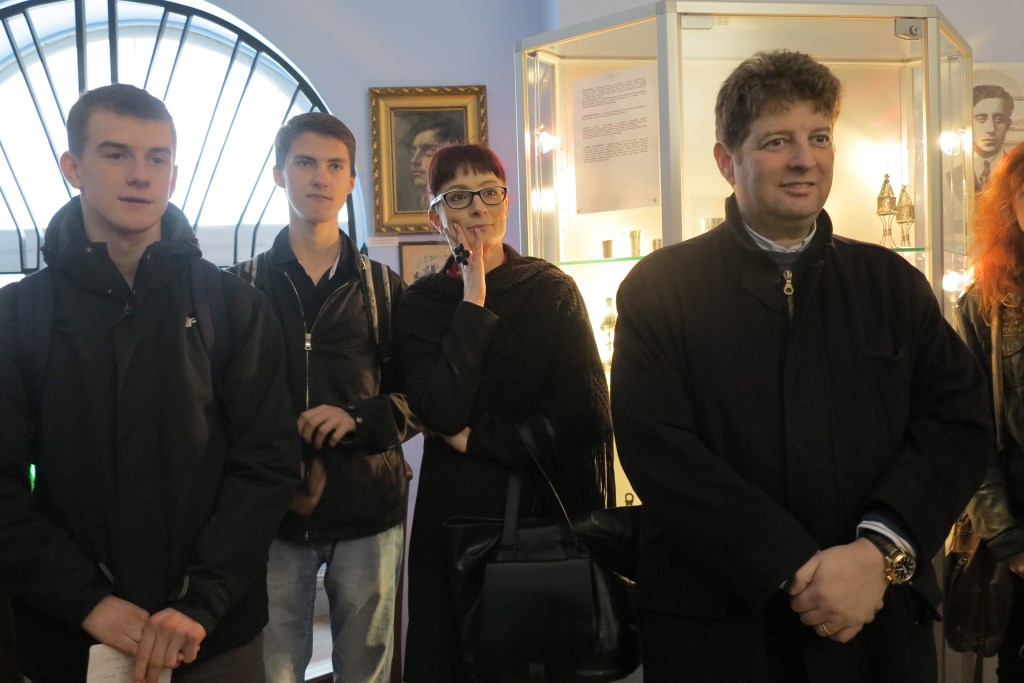