In July 2012, the second-graders from John Paul II Junior High School in Gąbin took Minna Zielonka Packer, a member of the Gombin Jewish Historical & Genealogical Society with the objective to preserve the legacy of Jewish history and culture in Gąbin, on a walking tour around Jewish sites of their town. Minna Packer is the author of Back to Gombin, a film that tells a story of descendents of Jews from Gąbin who after many years return to the town of their ancestors. The aim of her artistic journey to Poland was to teach tolerance and share Jewish history of Gąbin, a birthplace of her father, Michael Zielonka-Ber (1915-2006). He was born in Gąbin where the family of Minny lived for centuries. He is the only Holocaust survivor of his Jewish family from Gąbin.

Minna Zielonka was accompanied by Sebastian Balko and Łukasz Florkiewicz, two local friends of the Gombin Society. The meeting was important for both groups. For most of the Junior High students from Gąbin, it was the first meeting with representatives of the Jewish community, and the invited guests were very impressed by the knowledge and involvement of these young people in the commemoration of the pre-war history of the local Jews.

Here you can watch Minna Zielonka-Packer’s film about the return to Gąbin. 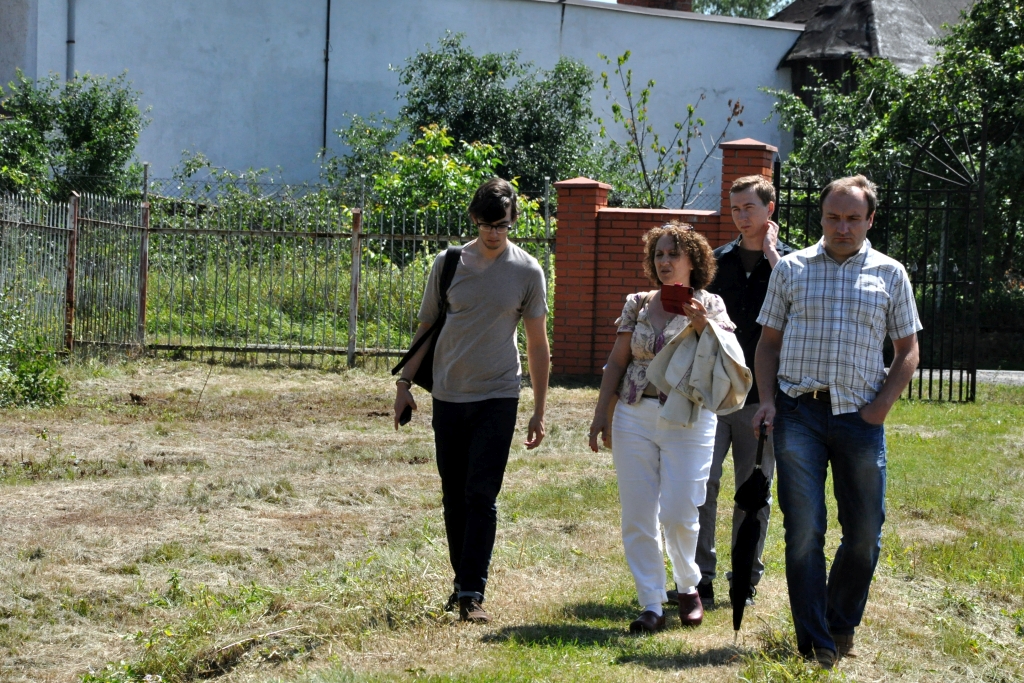 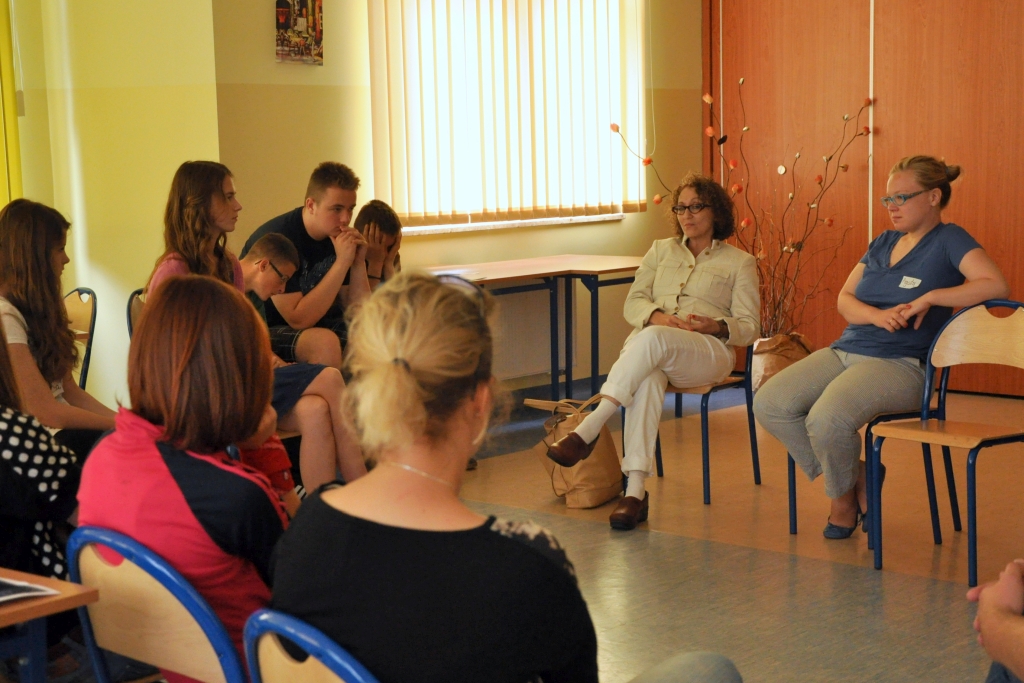 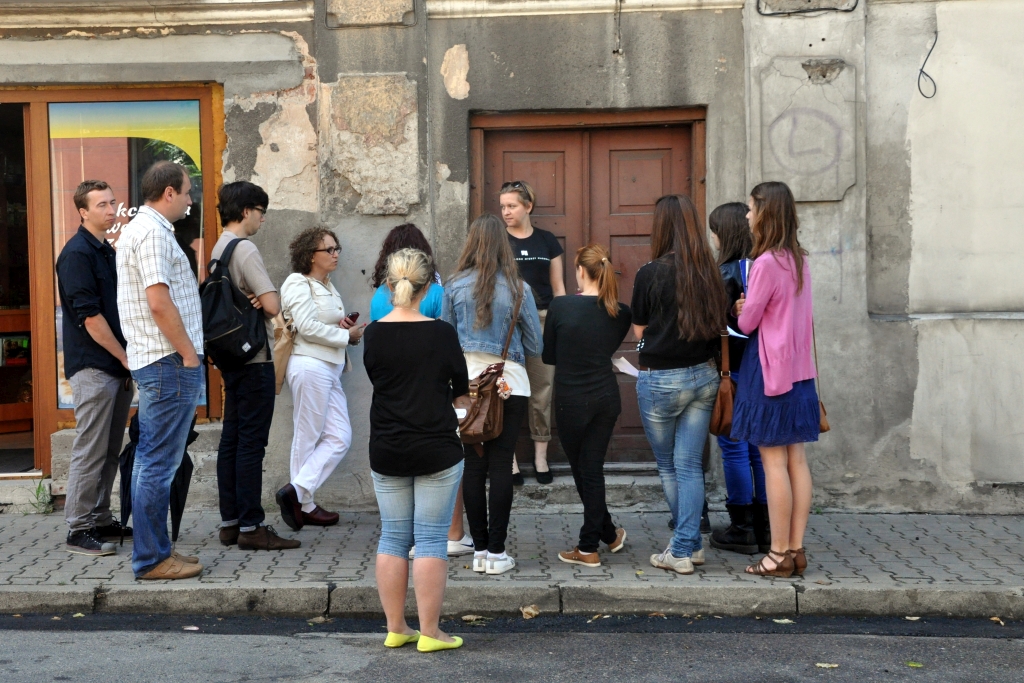 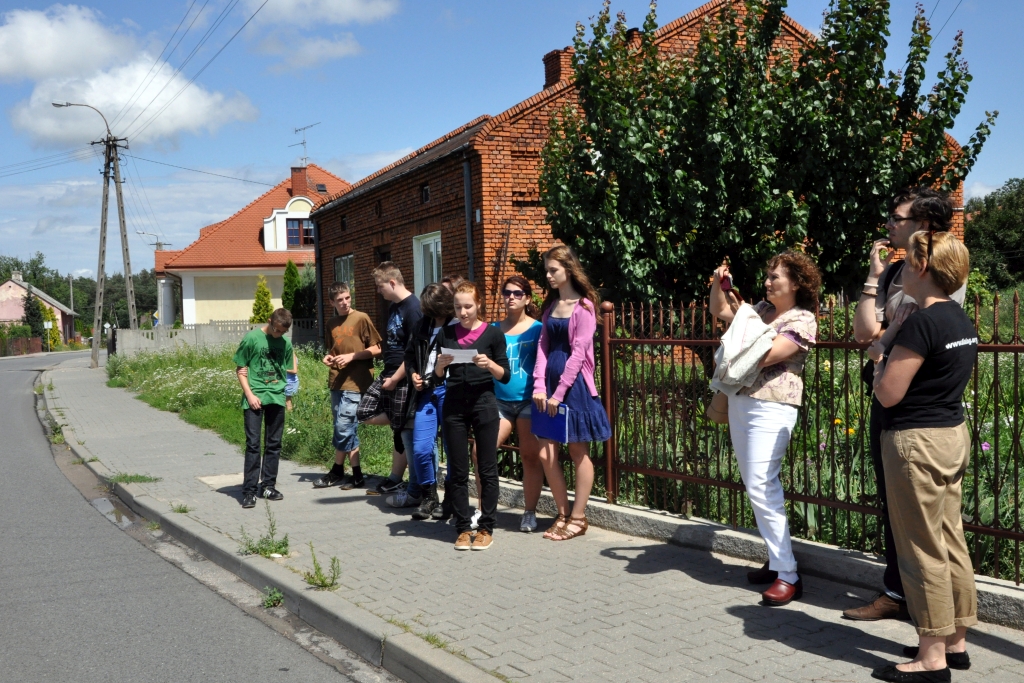 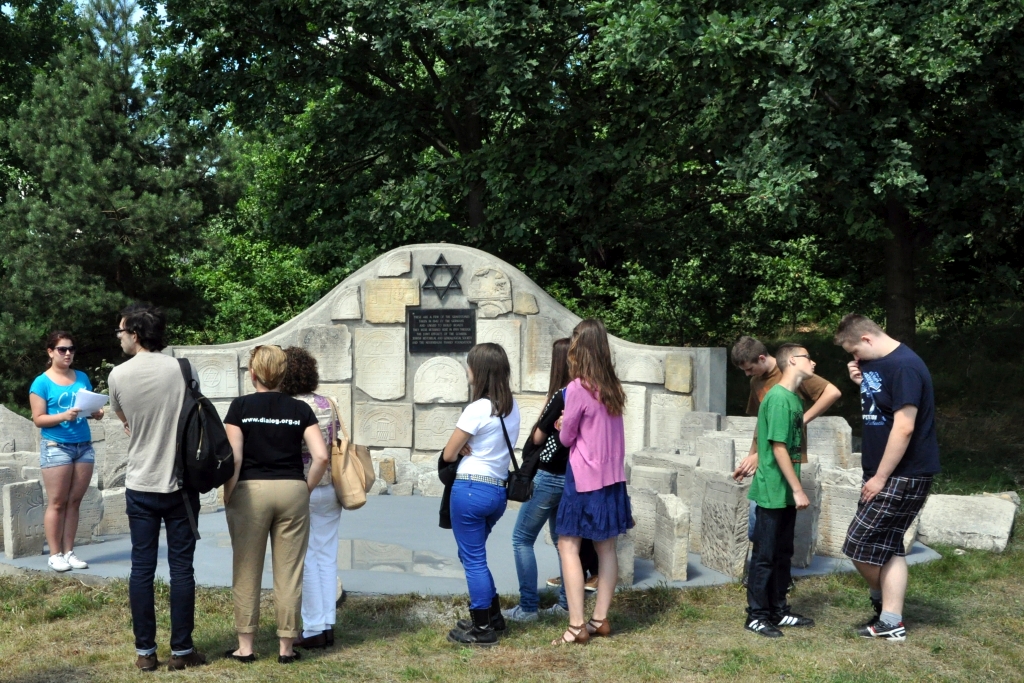