Leo Wolinsky, a descendant of Polish Jews with roots in Gródek and a participant of Forum’s 2015 Study Visit to Poland, returned to his father’s town to meet with School of Dialogue students working on commemorating Gródek Jewish community. Leo Wolinsky is a veteran journalist who spent the first half of his career as a writer and reporter and the second as a news executive. That includes more than three decades at the Los Angeles Times, where he led an editorial staff of more than 1,000 and directed coverage that won the paper two Pulitzer Prizes. On September 8th, 2017, when he visited Gródek, he said : “I came here because my father and two generations of his family were born here. I hope that pupils from Gródek’s school will help me in researching those roots, discovering my family’s history.”

His hopes were met, as the 2016 School of Dialogue alumni have become, during the program, real experts in local Jewish history. The effects of their work included in Places that are no more, a state-of-the-art compendium of knowledge about pre-war history and topography of Gródek, created by the Friends of Gródek Region Society and funded by the local authorities.

Leo Wolinsky’s visit began with a meeting at the school, where students and their guest had a chance to get to know each other. He told them how his interest in his family’s history was sparked  by a detective who called him up one day and asked if he was that Leo Wolinsky. What followed would merit an international spy thriller!

He also shared his discoveries with the students. They, in turn, had a chance to ask many questions regarding contemporary Jewish life in the U.S. Afterwards, together they attended the unveiling ceremony of a plaque in honor of Lew Cukierman, a pre-war Jewish physician and a popular Gródek figure tragically murdered by the Nazis during the Holocaust.

From the ceremony, the students took their guest, as well as other tour participants, including other students, local journalists, and a famous Polish painter and local activist, Leon Tarasewicz, on a tour of Jewish Gródek that they prepared themselves. The students were very well-prepared, and the tour featured a snack stop with challah at the site of a prewar kosher restaurant, and a mock photo studio and hair salon, next to the building in which they were once located. These representations were done sensitively and appealed to the younger members of the audience. 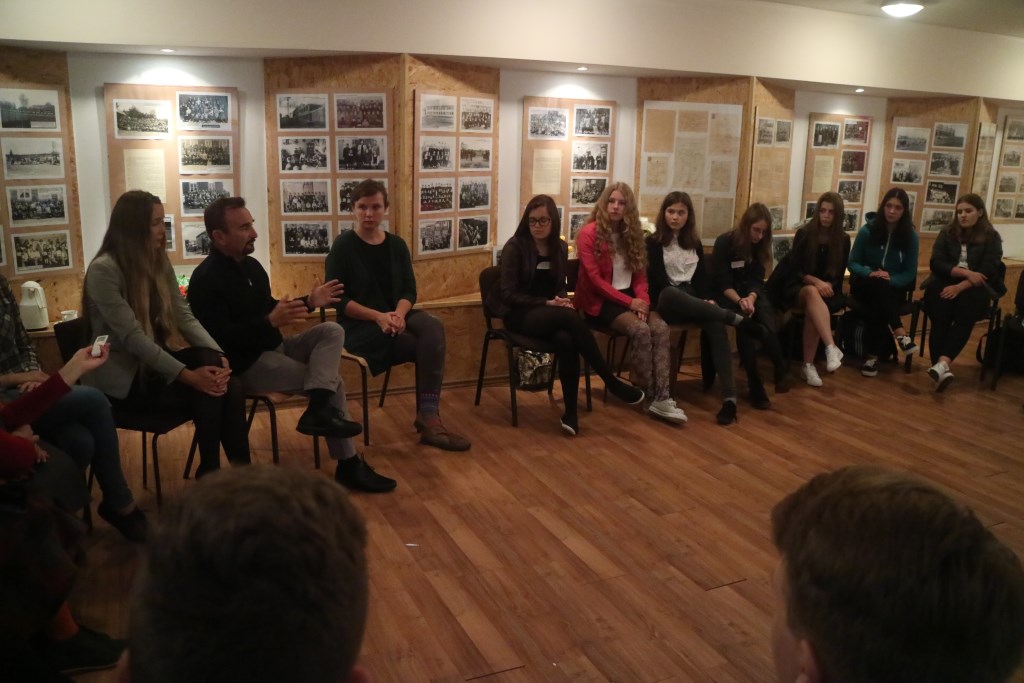 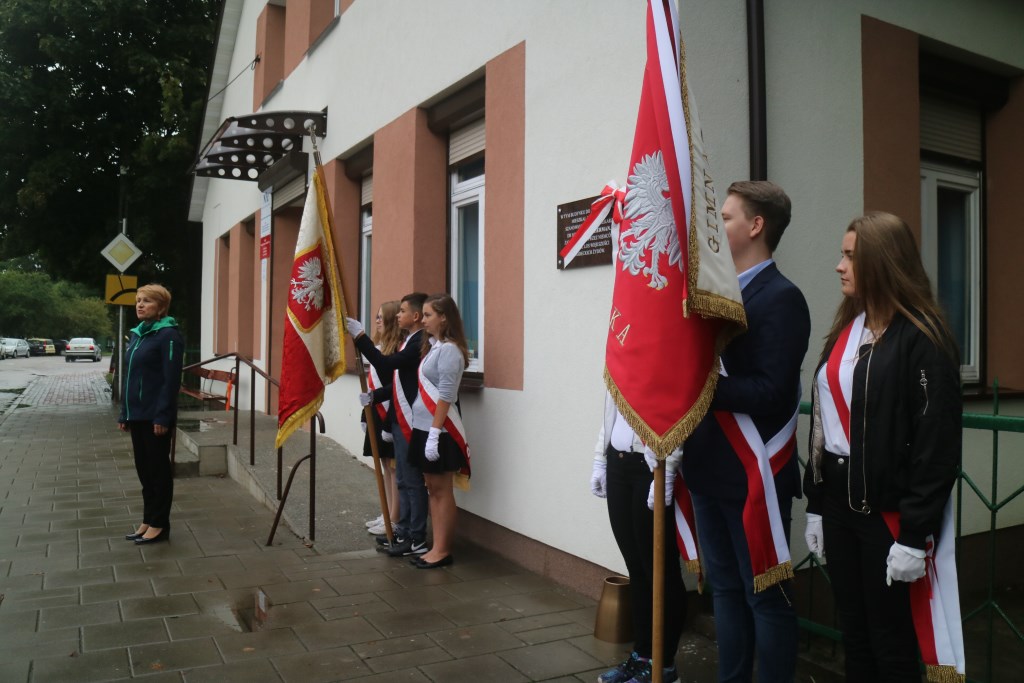 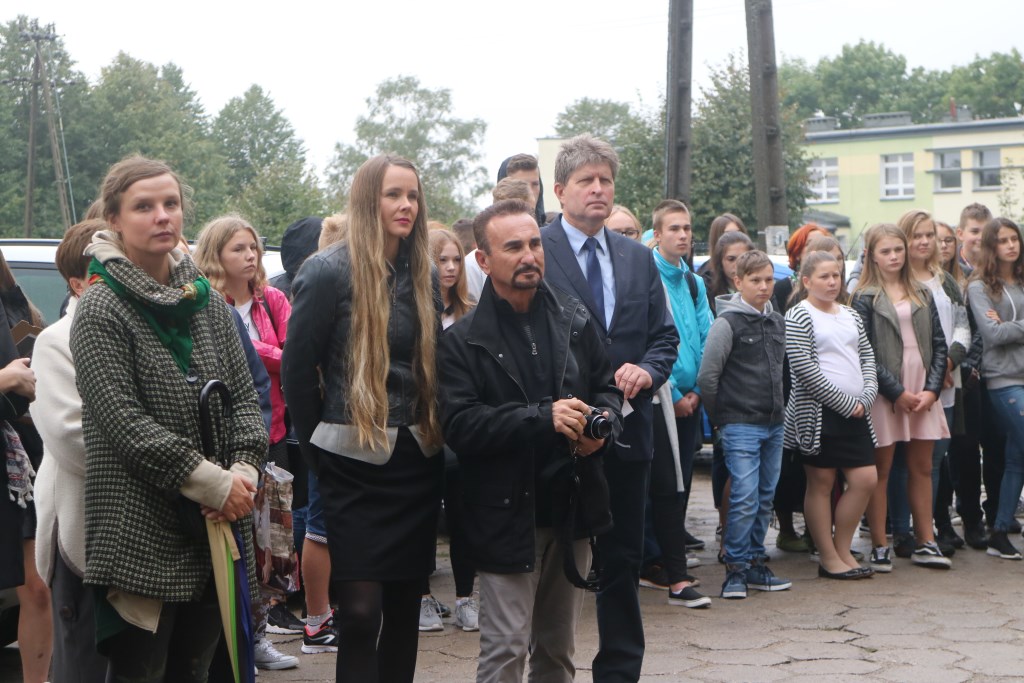 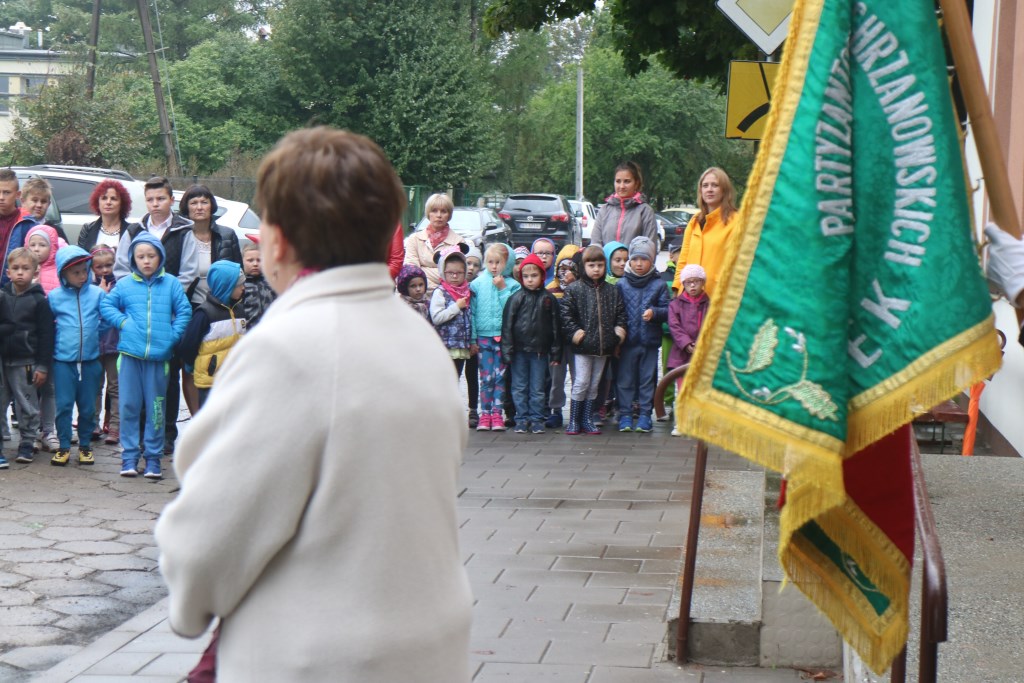 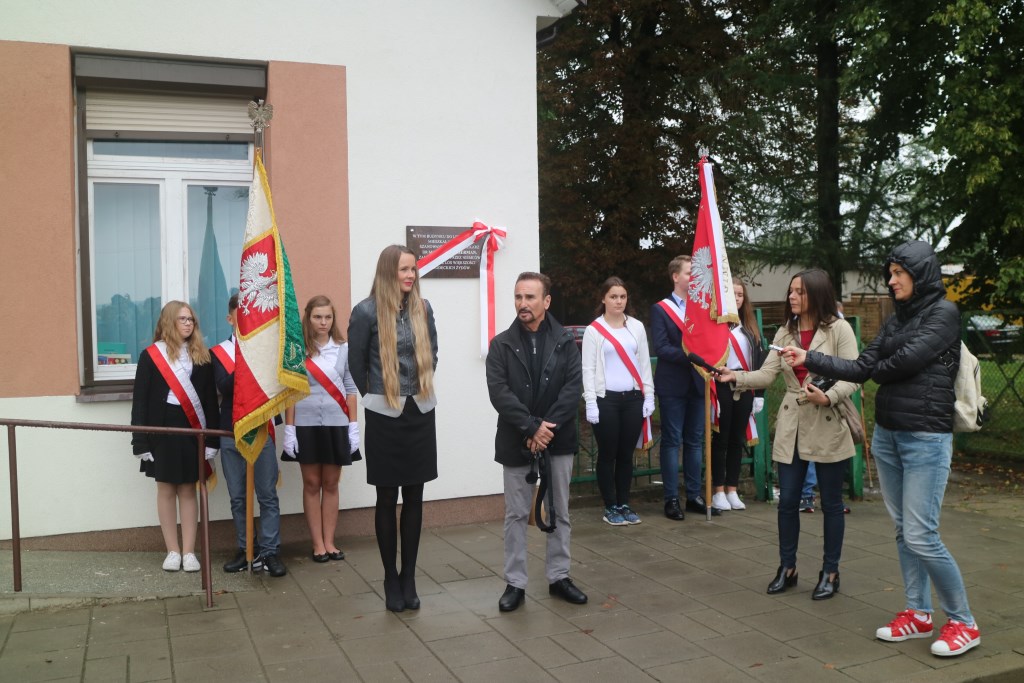 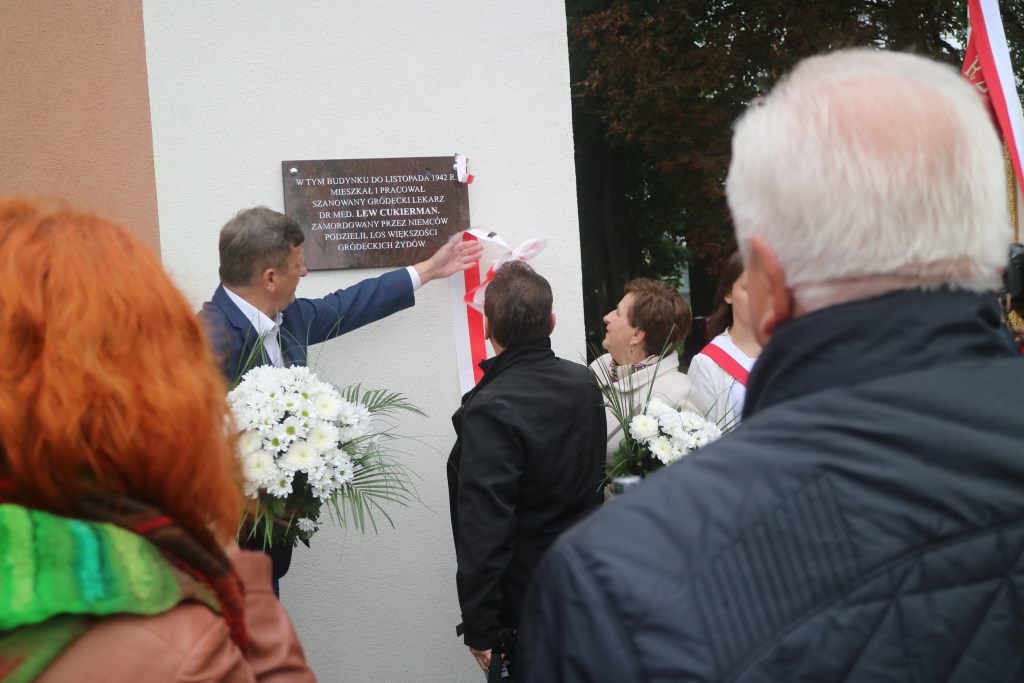 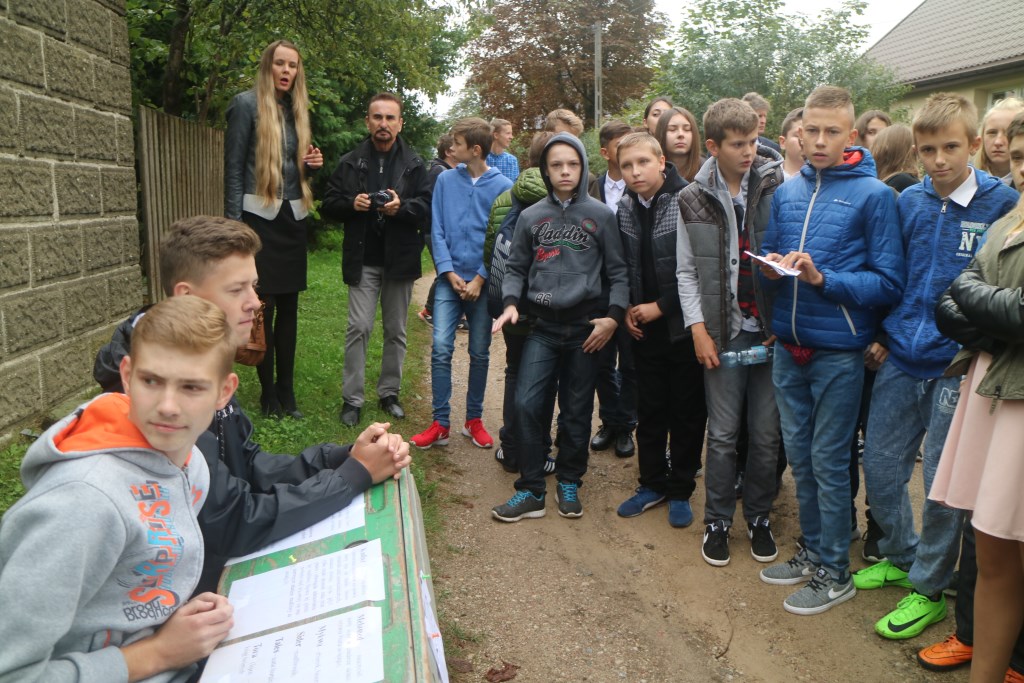 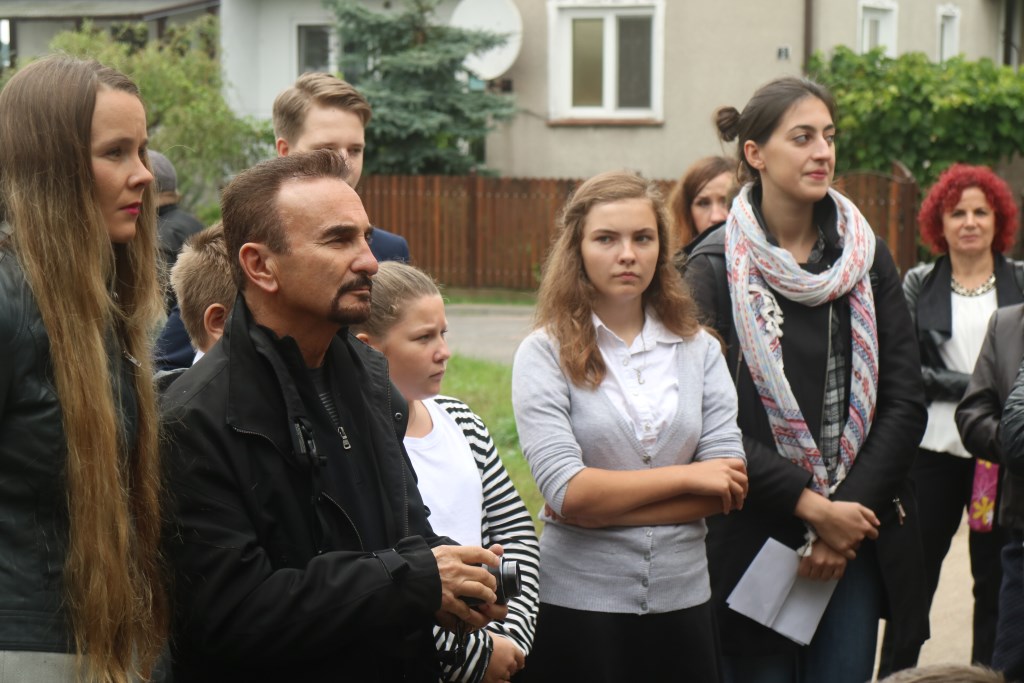 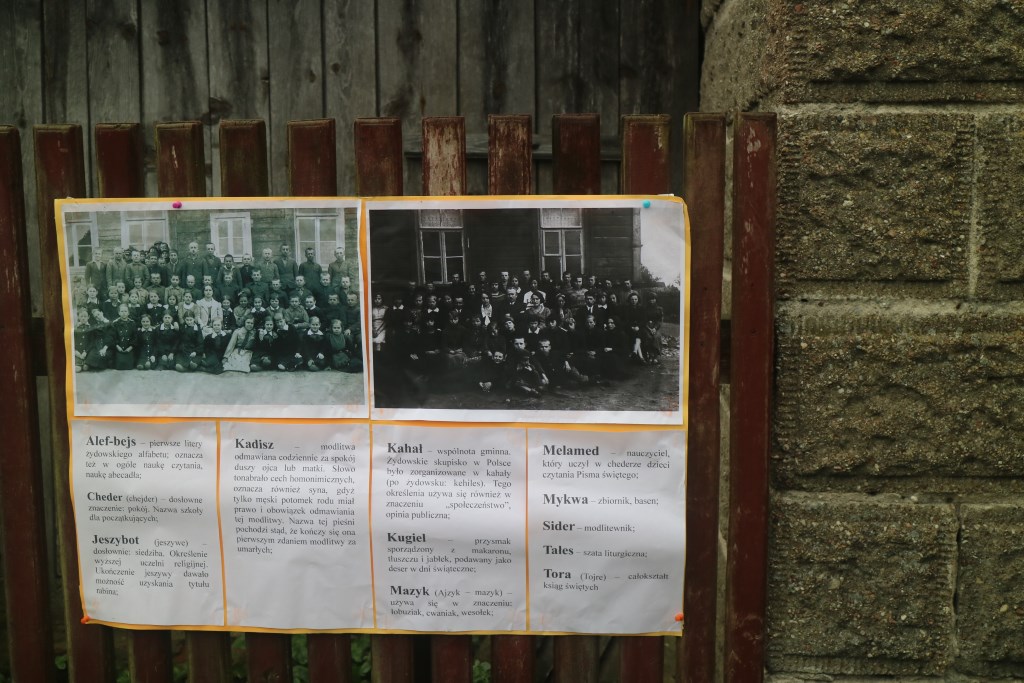 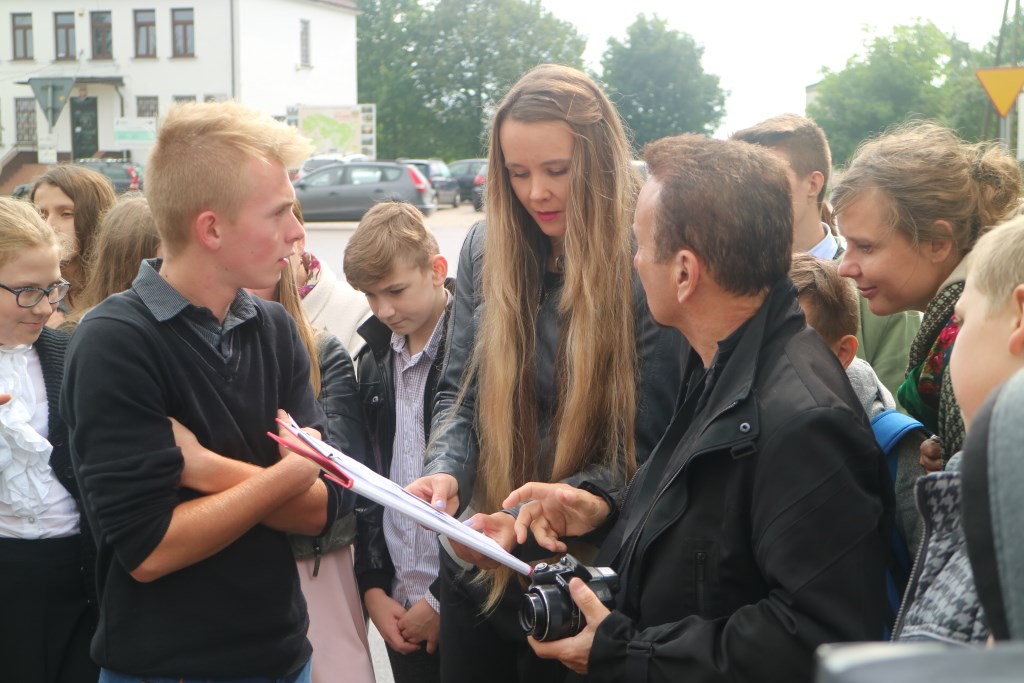 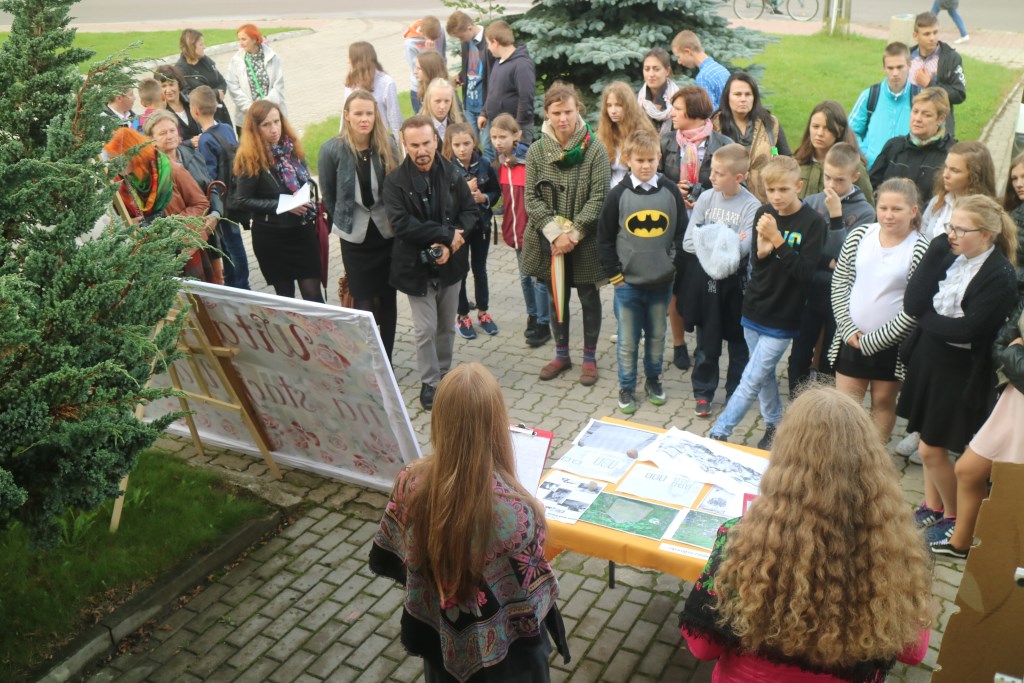 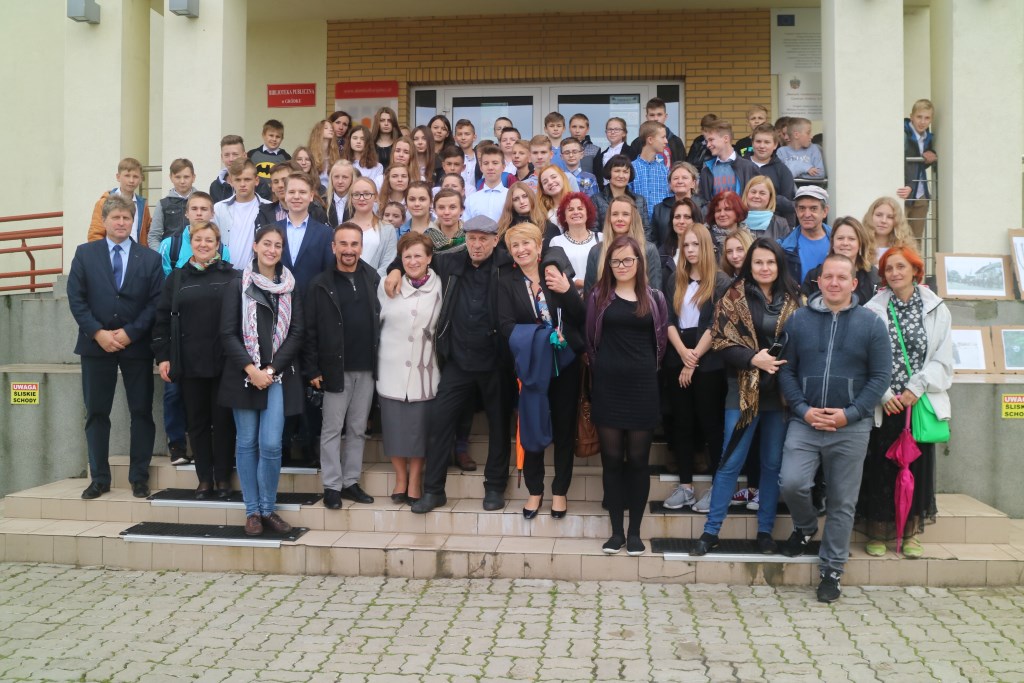 The students personalized the tour for their guest. The greatest surprise came when they showed him a photograph of his aunt who, as it turned out, was one of the most active members of the local Jewish drama group. The group specialized in Yiddish theater classics, and was so successful, it received official patronage of the local firefighters and recognition of the authorities. Another heart-warming moment was when the students helped Leo Wolinsky identify the house that belonged to his family’s friends.

The visit was an incredible example on how sharing stories lead to reconnecting ties. To get a glimpse of the tour check out the photos and watch a short TV material prepared by the local branch of Polish National Television (the material is available in Polish only, starts at 12:12 and ends on 15:00). “As I walked the dirt backstreets of this town, I felt the family’s presence,” said Leo Wolinsky after the tour. Read his account of the meeting at the Jewish Journal website.