Visit of the group from the Jewish Museum of Australia

On Friday, 19th June, a group of Australian Jews, all of whom have Polish origins, had a chance to visit the winning school from 2014 School of Dialogue program. During the trip, which was organized by the Jewish Museum of Australia, the group visited a junior high school in the town of Mława, where the students presented their project commemorating the Jewish past of their town.

After seeing the students’ work, the visitors said it was no surprise that the project was awarded first place. The most significant part of the day, however, was when the students led the visitors on a walking tour of Mława, which made stops at historically Jewish sites and provided insightful and emotional stories and information. The day was a huge success. In fact, the students were so thrilled to have Jewish guests see their project that they said it was the “real award” for participating in the program.

One of the trip participants, Paul Forgasz, gave his comment about the day with the students of Mława:

“Who in their wildest dreams would ever imagine that in Poland, kids would be doing this sort of thing today? I had come to Poland with all the baggage and stereotypes that Jews bring to Poland. And it was simply seeing the [students’] presentation that opened up my eyes… But to actually see this on the ground and in reality… those kids were just inspirational.

Who would have really thought that what we saw today was possible? And for an organization in this country to facilitate that sort of progress is just amazing work!” 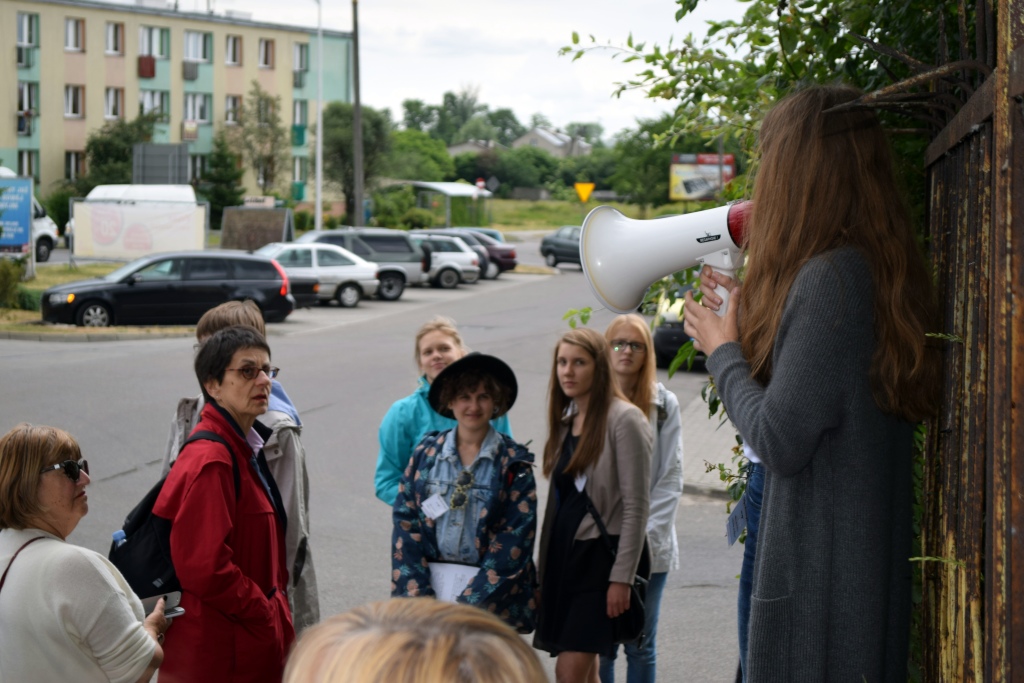 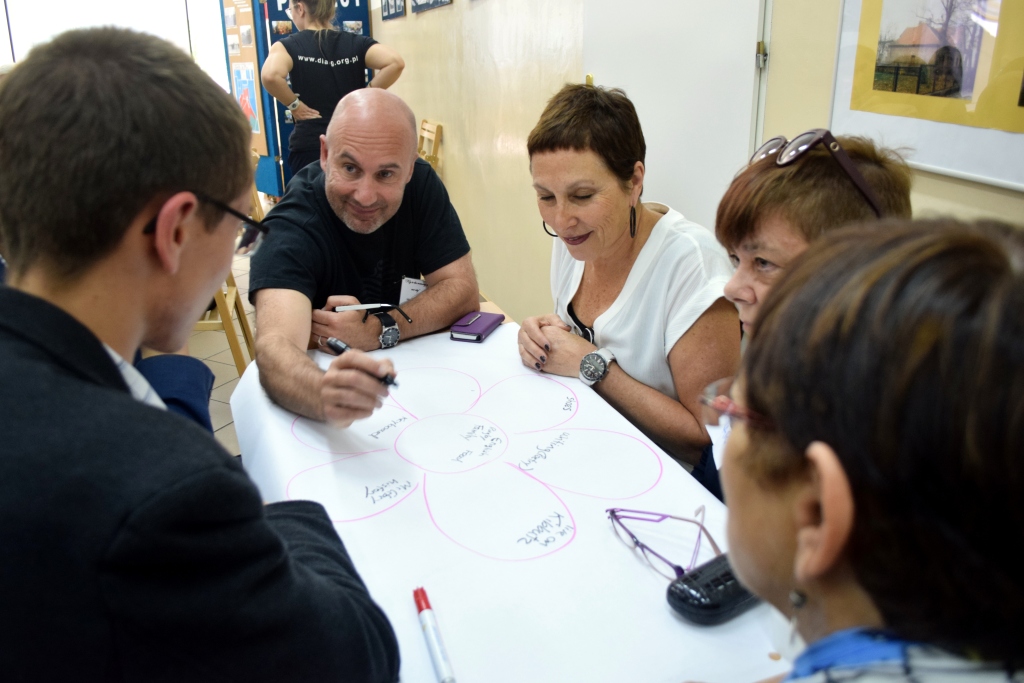 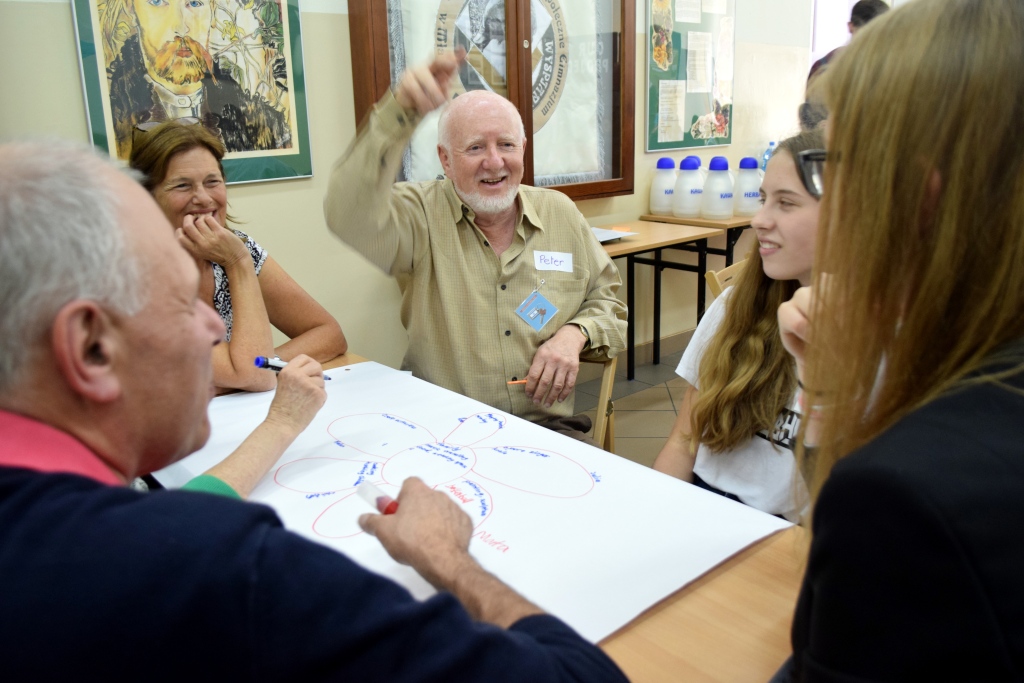 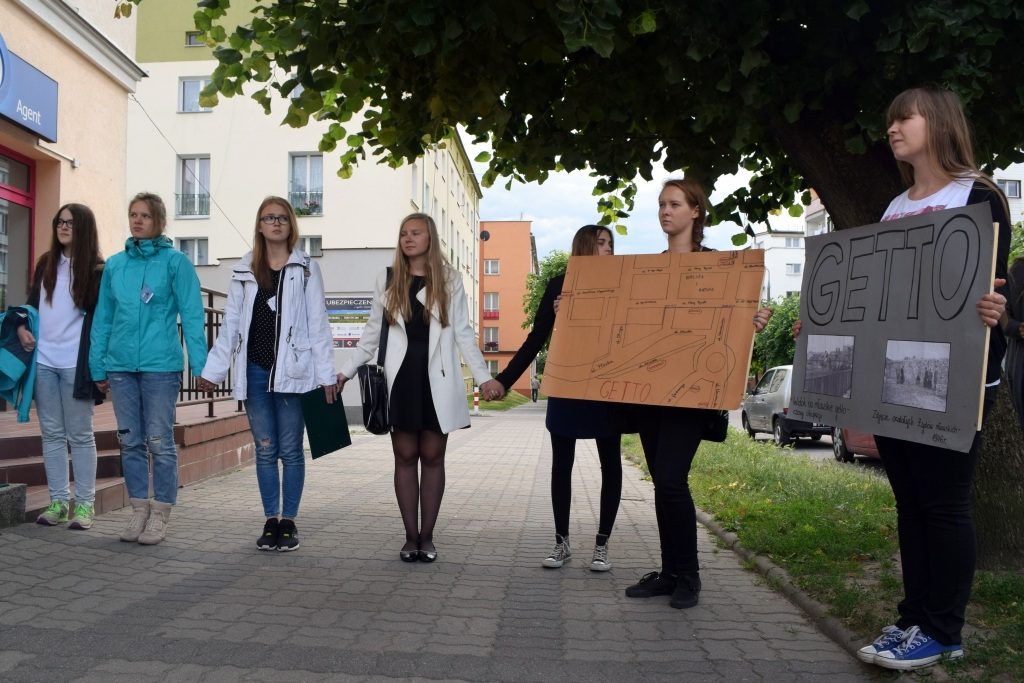 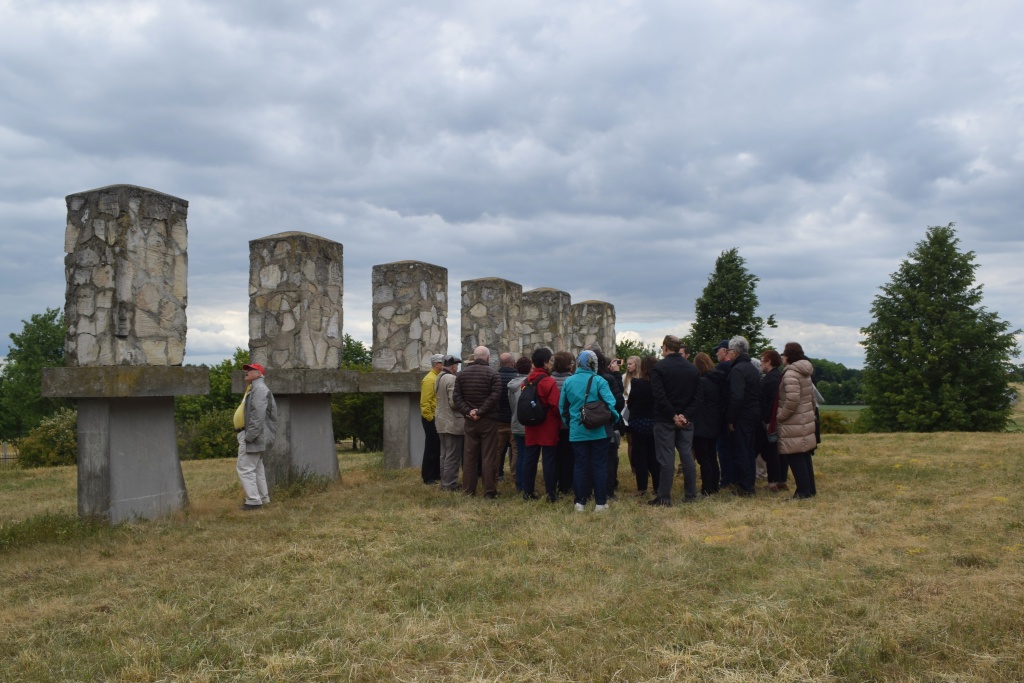 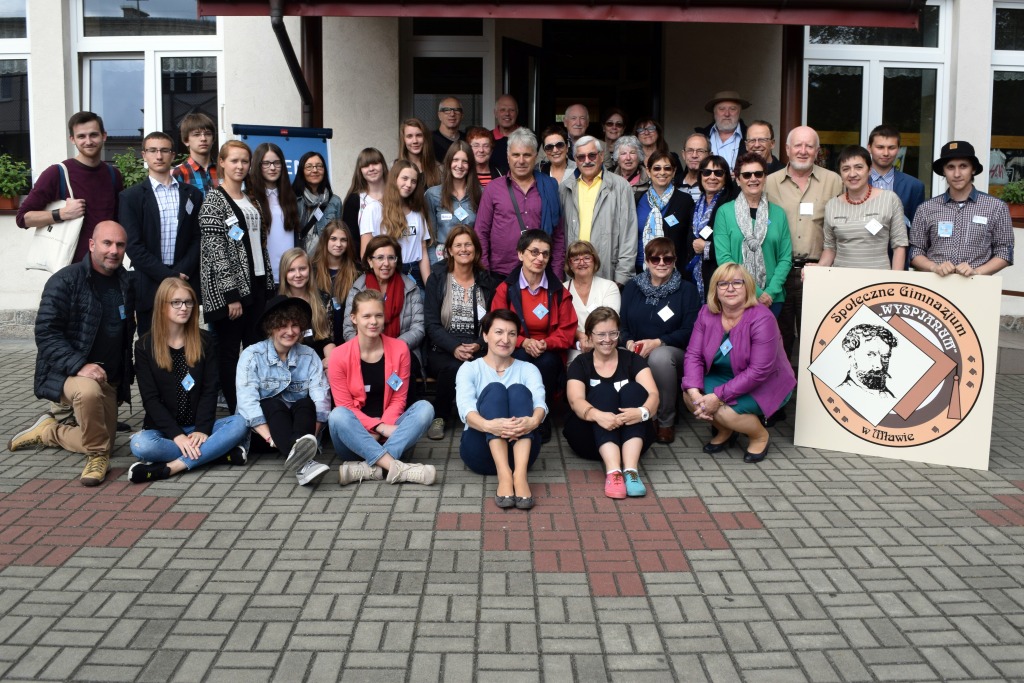 Visit of Brandeis University President and his wife

Brandeis University President Dr. Frederick Lawrence and his wife, Kathy Lawrence, visited the town of Mława, the birthplace of Ms. Lawrence’s father. Kathy Lawrence’s family had been industrialists who owned a leather factory and were active in the local Jewish community. During the visit, junior high school students from the Józef Ostaszewski Junior High School, a host of the School of Dialogue program, gave Mr. and Mrs. Lawrence a tour of the town, including a graveyard, as well as the sites where Mława’s synagogue and mikveh (ritual bath) once stood. 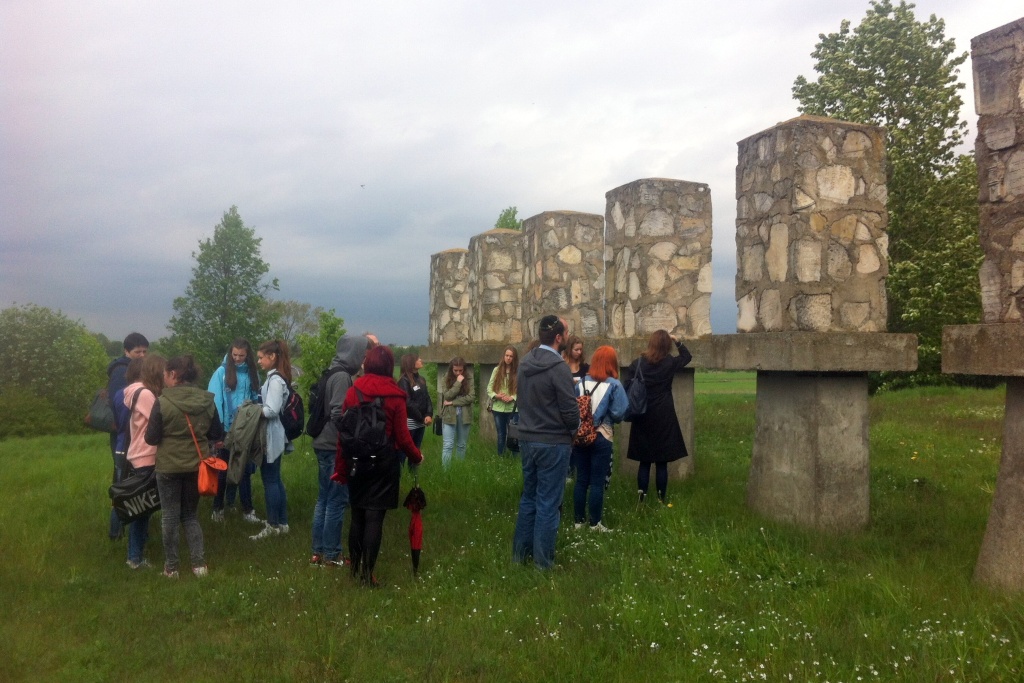 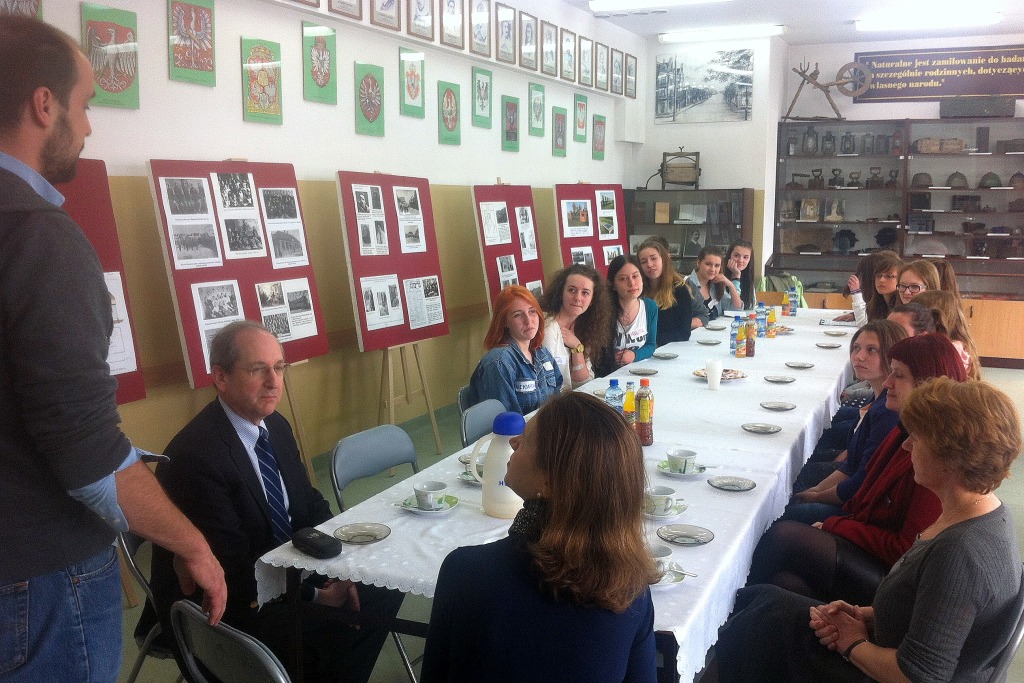 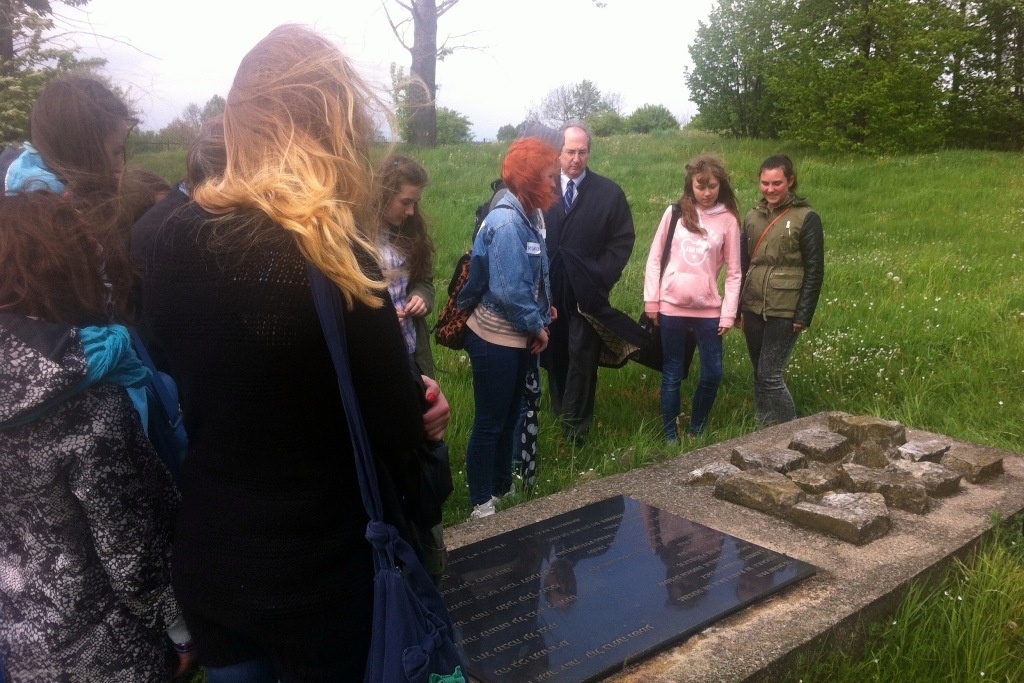 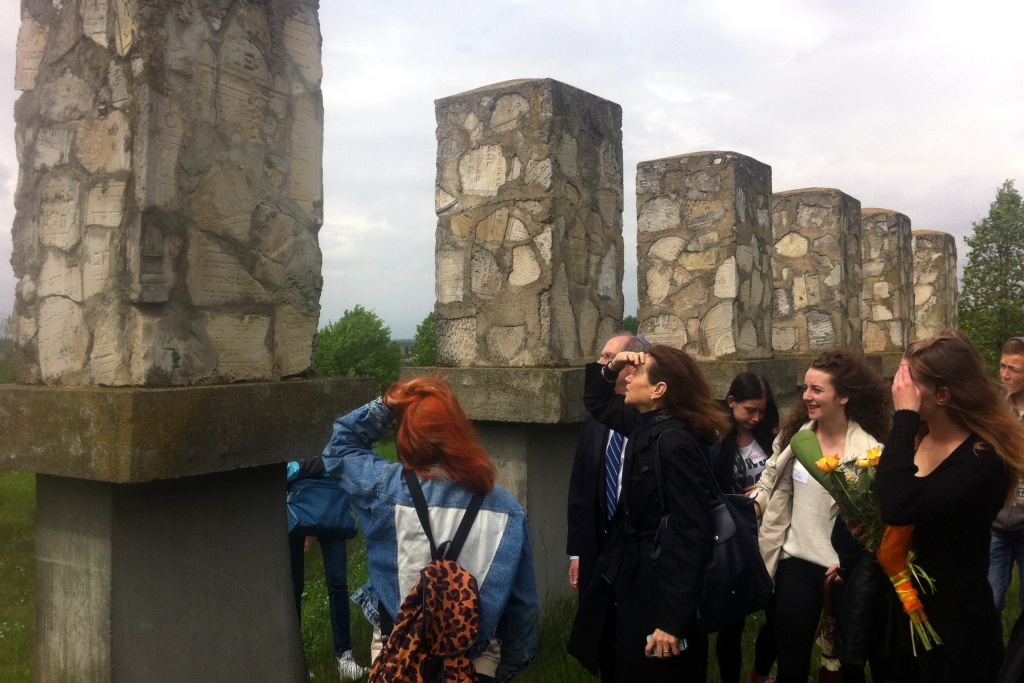