The area of the former Great Synagogue in Białystok was one the most important stops during the tour which the students of the 1st and 2nd year of high school organized for their peers on 27th November 2013. The tour was themed around the history of the Jews of Białystok, as well as the rich culture and customs of the followers of Judaism. Jews used to constitute the majority of the city’s inhabitants. They settled in Białystok already in the 18th century and during some periods they made up for more than 80 percent of the population. In 1939 there were 100 Jewish synagogues and shuls. At the outbreak of the World War II Jews constituted approximately 42 percent of the Białystok’s whole population (according to various sources they amounted from 43 000 to 60 000 inhabitants).

The workshops conducted by the educators of Forum for Dialogue for the students were not only meant to expand the knowledge of  the young people about the history and culture of the Jewish community, but also teach them greater openness to others.

The students started to explore and look for traces of the past and were able to discover a completely different face of their city. They started to perceive it from a new, unknown perspective. And so they organized their tour around the most important and the most interesting places which they had discovered themselves. 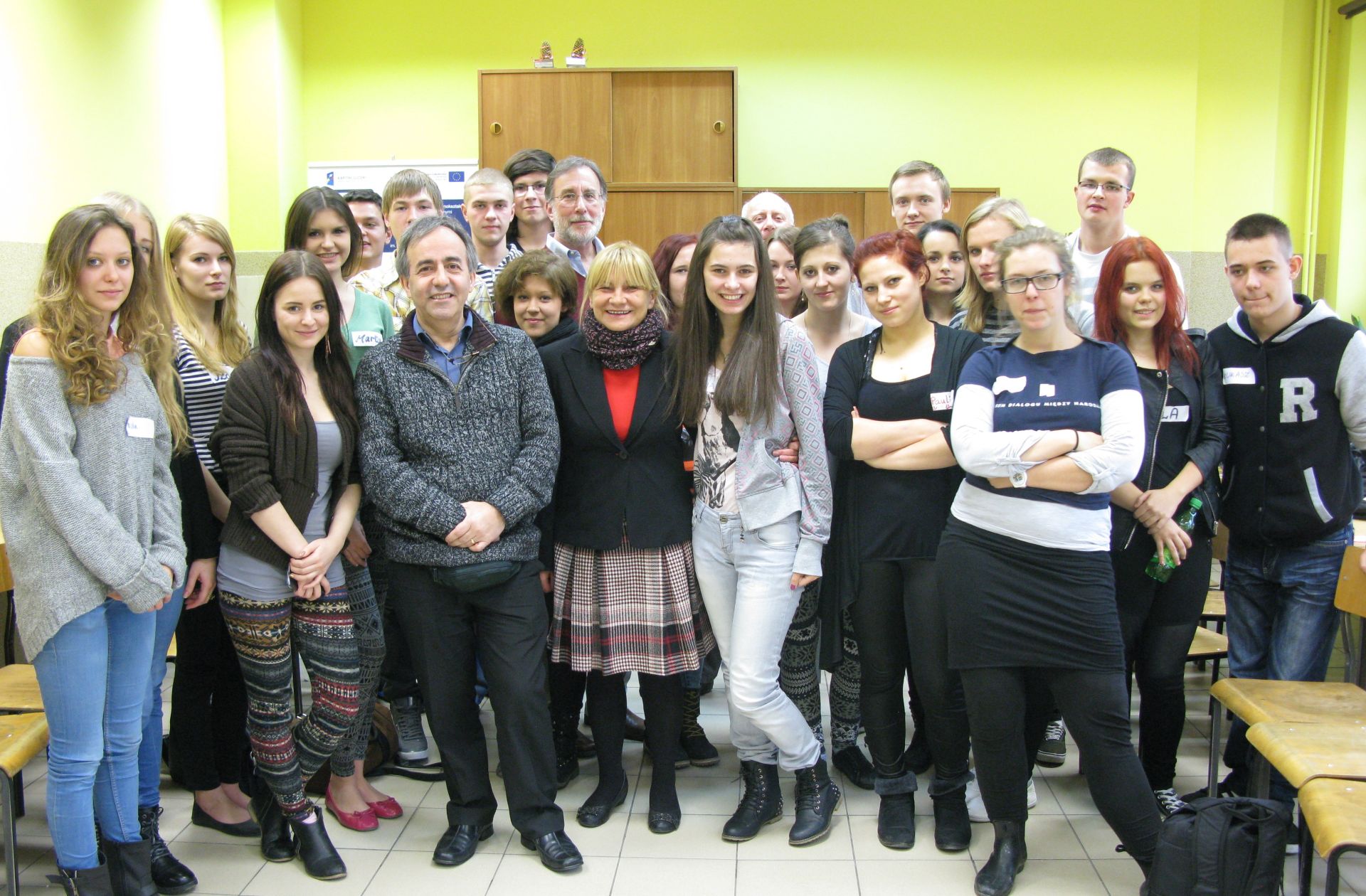 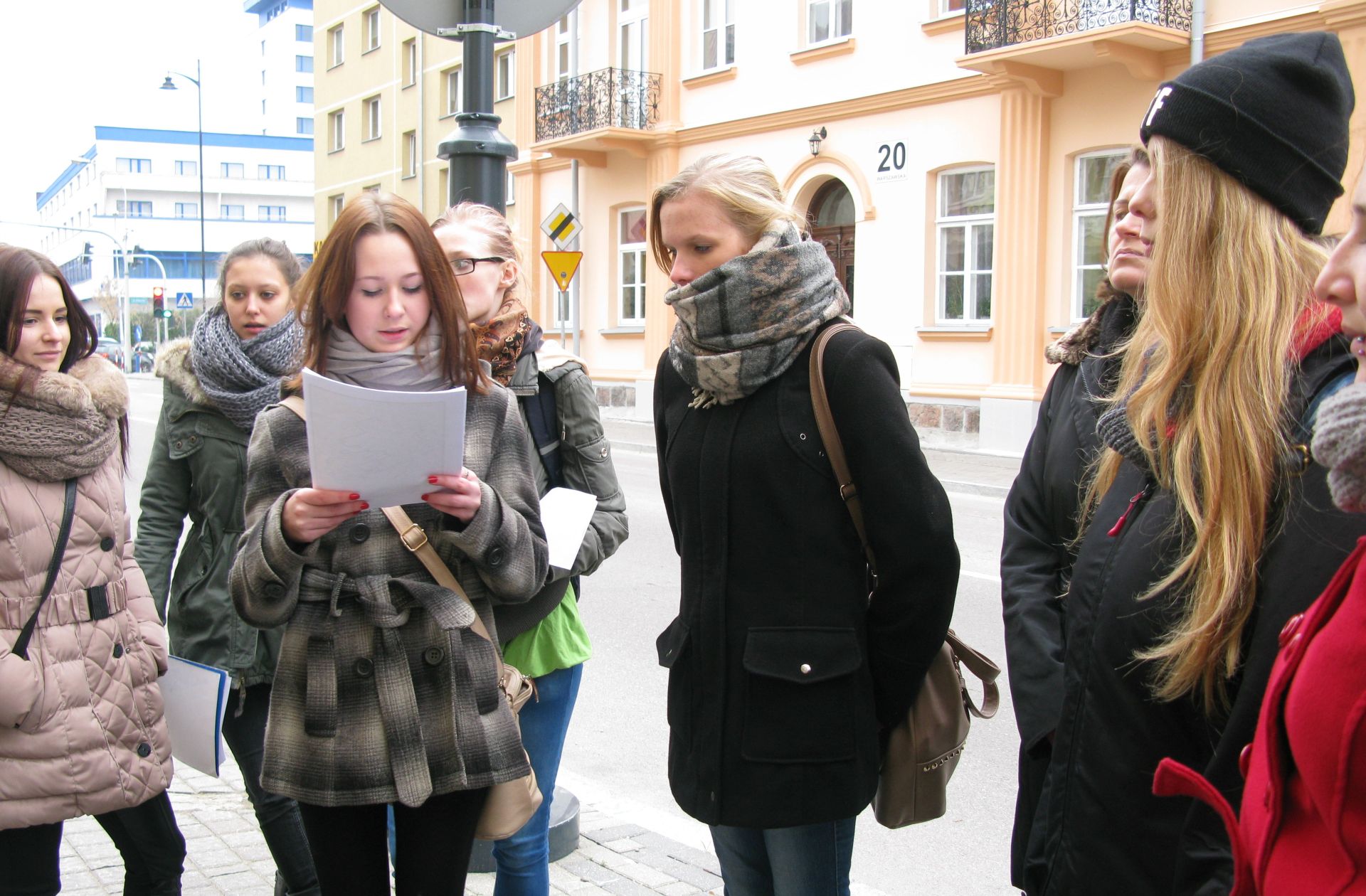 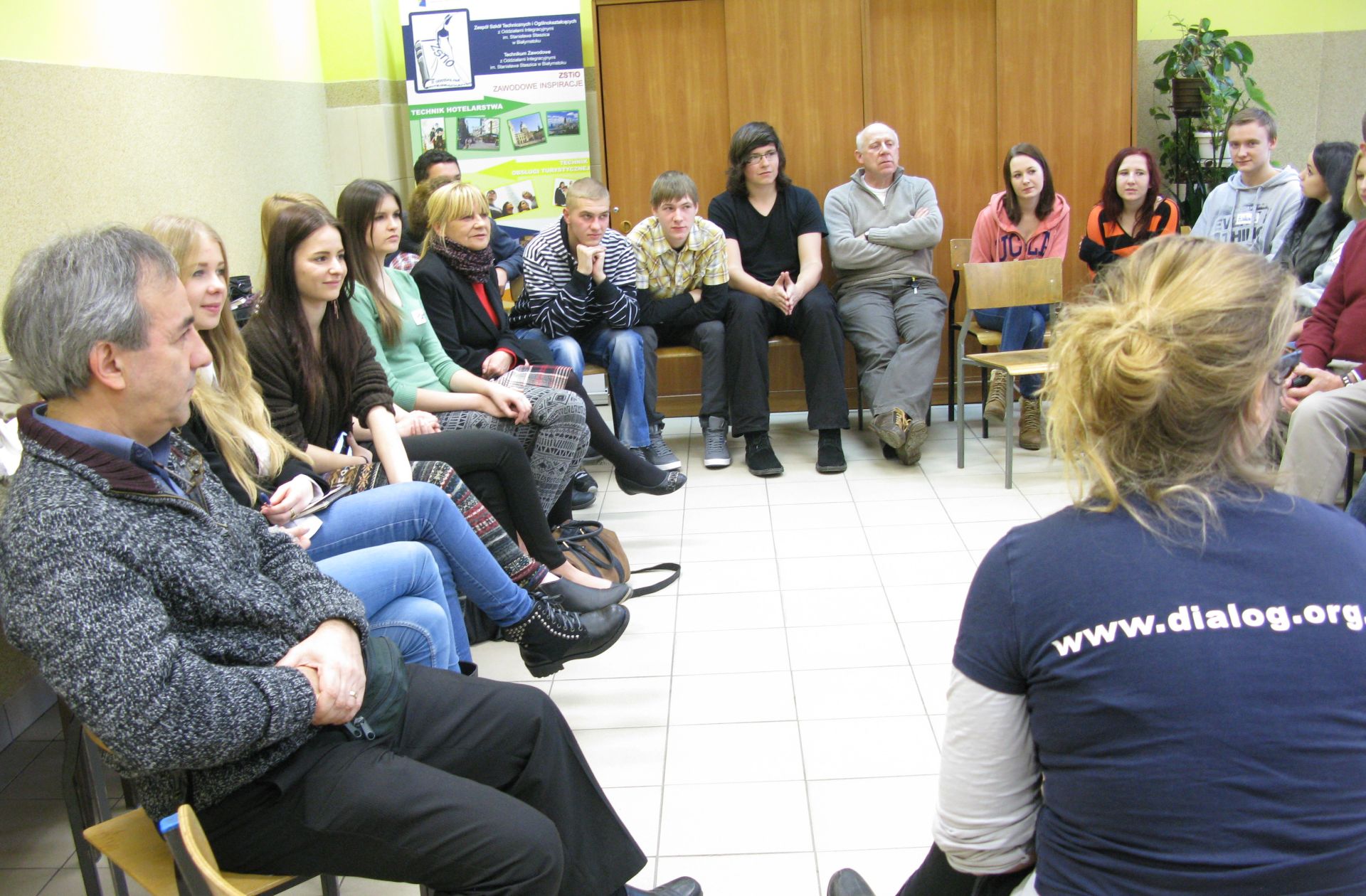 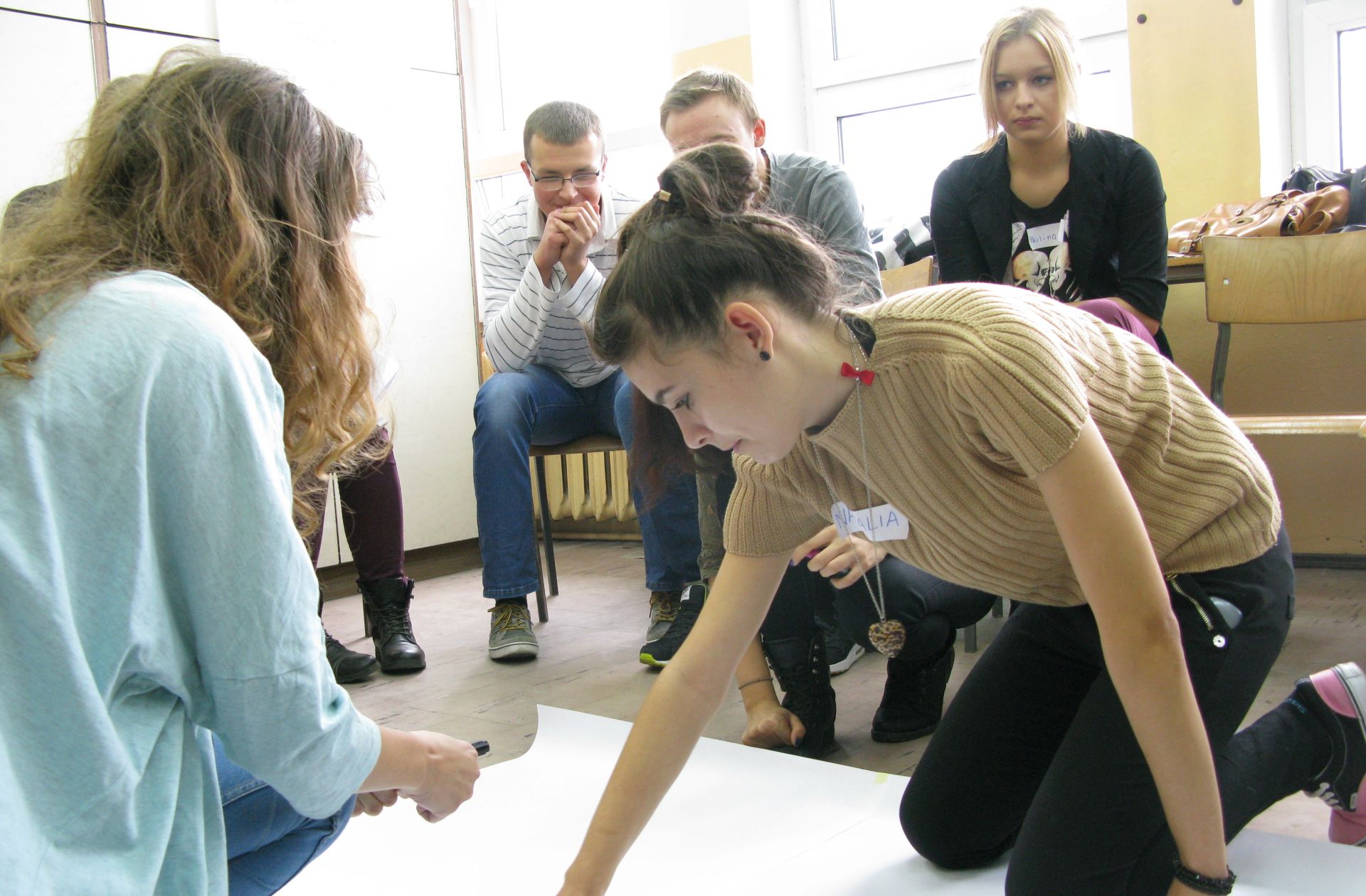 In the preparation process they referred to journals, interesting facts and attempted to create the most captivating sightseeing tour, told with their own words. They invited students from different classes from their school and took them for a walk in the footsteps of the Jews of Białystok. They visited the synagogue of Szmuel Mohylewer, the area of the ghetto, the city hall and the non-existent Jewish shops, the street of Icchok Malmed, the Junior High School No 6  (the former Białystok Junior High School which the creator of Esperanto-Ludwik Zamenhof and Ignacy Hryniewiecki had attended), the former theater Apollo, the Tryllingów Palace, the tenement house (a cast-iron lamp truss with a Star of David can still be found in the inner courtyard of the house), the Ludwik Zamenhof Centre, the Warszawska Street (where the tobacco and textile factory used to stand and the Jewish Hospital which was one the most modern medical units in prewar Poland).

They also visited the place commemorating the Great Synagogue, which they did not know until they started to work on organizing the tour.

A high number of students was engaged in the project – they took turns being guides. Some of them made a film about the tour and its participants, and some prepared evaluation surveys. At the end of the tour, the guests filled in the surveys and shared their impressions. Then the students focused on preparing a report in the form of presentation on Jewish Białystok. They also put together a film.

Let me begin by saying that until now I didn’t really care about what happened in my city before the war. I had heard some stories but that was all. Forum for Dialogue opened my eyes and filled in the blanks. I can honestly say that my relationship to Jews has changed.

Thanks to this project I think of Jews in a more positive way. My lack of knowledge had resulted in reluctance towards them. Now I know how they live and what they eat. In my opinion we need more meetings like this.

It didn’t even cross my mind that there could have been so many Jews in Białystok. I thought it might have been no more than 20 percent, so you can imagine how shocked I was to learn that they constituted up to 80 percent of the city population.