Bircza, a large village in Podkarpackie Voivodeship, is surrounded by lush greenery from all sides. The synagogue is gone, while the Jewish cemetery had been almost completely destroyed in the war. Few of Bircza’s 1000 residents are aware of the village’s Jewish past. The historical section of the official website bircza.pl does not mention the sites of Kamienna Górka or Wzgórze Wierzysko, and says nothing about the executions there, the victims, the fear and the loss. It does not mention Bircza’s prewar residents, half of whom were Jewish. It keeps silent about things that are no longer visible today.

Forum for Dialogue workshops were meant to change this, to attempt to confront students with prejudice, to attempt a dialogue. In consequence, students organized a walking tour and with the help of Forum educators, Karolina Kochanowska and Aneta Kulińska, attracted a sizable audience – altogether 60 people. They invited village-mayor, Mr. Józef Żydownik, who offered a lot of support. The local priest invited and encouraged parishioners to attend the tour in his after-mass announcements. Among tour participants was Mr. Władysław Gerula, whose parents were awarded the title of Righteous Among the Nations and who was very much interested in the project.

Tour participants were old and young, more and less involved. The tour took them to the sites of the former synagogue and the former ghetto area. They also visited the two execution sites, both of which are now commemorated; thanks to the persistence of the students now a board informs passersby about the events that took place over 70 years ago at Wierzysko Hill. In 1942 about 800 Jewish inhabitants of Bircza were executed on this site by the Germans. Junior high school students also showed tour participants the mikveh, which had been converted into a residential building, and the Jewish cemetery that the students had cleaned in preparation for visitors. The tour also took participants to the site of weekly markets, which would be held every Wednesday, with Jewish merchants selling tobacco, sugar and nails. They stopped for a moment in front of an old two-story wooden house that belonged to the rabbi. The last rabbi of Bircza was Szmuel Szapiro; very few villagers know anything about him today.

In the course of the tour, students imparted their own knowledge and shared stories heard from other Bircza residents. 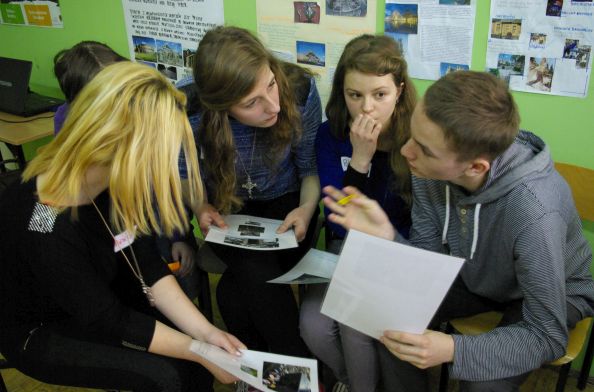 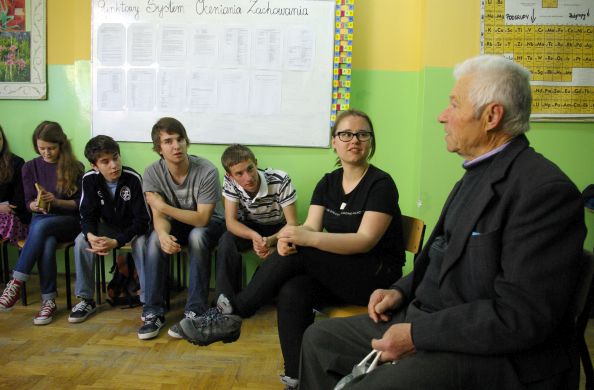 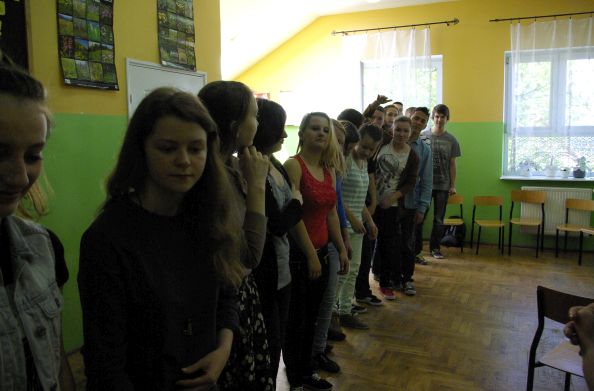 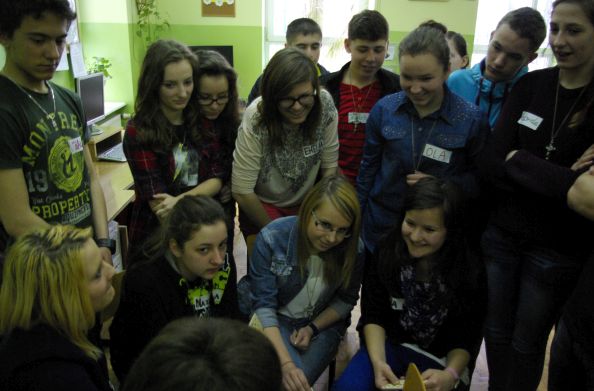 “During the war I lived by a road. I saw how Germans would lead Jews in groups of four; I think they were being led to the ghetto. Among them was my friend, who waved to me, so I waved back from my spot by the window. A moment later, one of the Germans entered our house. My daddy got scared, because he thought the German was here because of my waving to that Jewish girl, but the German just came to wash his hands. A moment earlier he had shot down a Jewish man in a ditch, who attempted to escape.”

Students encouraged tour participants to confront their own stereotypes, to ask questions.Tour participants were asked to pose with pages torn out of a sketching book with various statement written about Bircza and Jews in general. So Mrs. Bożena holds a page reading that a synagogue used to be where she stands now. Krzyś, an elementary school student in Leszczawa Dolna, agrees with the statement he holds up: “not every Jew has sidelocks. There are many, many more, each person posing with one statement. I know who a tzaddik is, I know what a matzevah is…”

While all this was happening, Filip Luft and his film crew were working on a documentary about all these events, about the changes that had been taking place in the group as a whole as well as in one of the male students participating in the project. Thanks to Filip Luft’s engagement and further School of Dialogue activities, students continued working on their project, now more focused on history of Bircza in general as well as its various historical figures. Stories of people who helped Jews during the war were an important element of the project. Junior high students talked to people and listened to their stories. They looked for sources and stories, also among their peers. They learned about Irena Sendler, Jan Karski and Katarzyna&Michał Gerulach from Łodzinka Górna near Bircza. They participated in history classes and even went to Lublin to see the Majdanek camp. One of the outcomes of the project was a radio show broadcast by Radio Rzeszów.

In the letters these young people wrote to the Forum, you can tell that a change had occurred in them, that some process had been initiated. They write about the value of each human being, about the role and importance of memory, obliteration of which poses the risk of oblivion. It seems like they feel the need to pass the history on and to share it with others.

I believe we should remember about those who died in World War II in our area. I will try to tell others about them.

The project gave me new information about Bircza’s multicultural past. After completing it, I began to think in a more tolerant way and perceive multiculturalism as an asset.

Our task and the aim of our tour is exactly this: to make people aware that Bircza was a multicultural town! We will commemorate sites connected to Jewish culture, erase stereotypes and make people aware and curious about all this. I hope that thanks to  us and other such projects, our patriotism and respect for other cultures increases.