Brok is located in the Mazovian Province and has a population of just under 2,000 inhabitants. It lies in the Lower Bug valley and used to be a popular summer destination before the war.

The origins of Brok Jews date back to the late 18th century. In the 1840s, a synagogue and mikveh were built in the town. Jews inhabiting Brok were mostly active in trade and craft, while the local bakers were famous for their matzoh. Before the outbreak of World War II, Jews made up almost 50% of the population. The vast majority later perished in Treblinka. Few places associated with the Jewish history have survived until today. The synagogue was burnt down in 1939, there is an Community Arts Centre where the mikveh used to be, and there are no traces of the old cheder. Only the cemetery survived, with over fifty headstones. Inscriptions on some of the matzevot are still legible.

In March and April 2013, the junior high school in Brok was visited by Forum for Dialogue educators Anna Bakuła and Beata Godlewska. Thanks to them and the help of various inhabitants of the town, students began to discover the Jewish history of Brok. For most of them, these meetings were the first opportunity to talk about Jewish history and culture. They began to discover local history for the first time and had the opportunity to learn what project work is about. They found the Jewish cemetery particularly interesting. Students learned about the symbols present on matzevot: what a candle meant, or a jug with water… Using the help of online translators, they read the inscriptions. They were also interested in Jewish food laws and tried kosher matzoh on the occasion of the approaching Passover. They used various sources of information on the history of Brok. 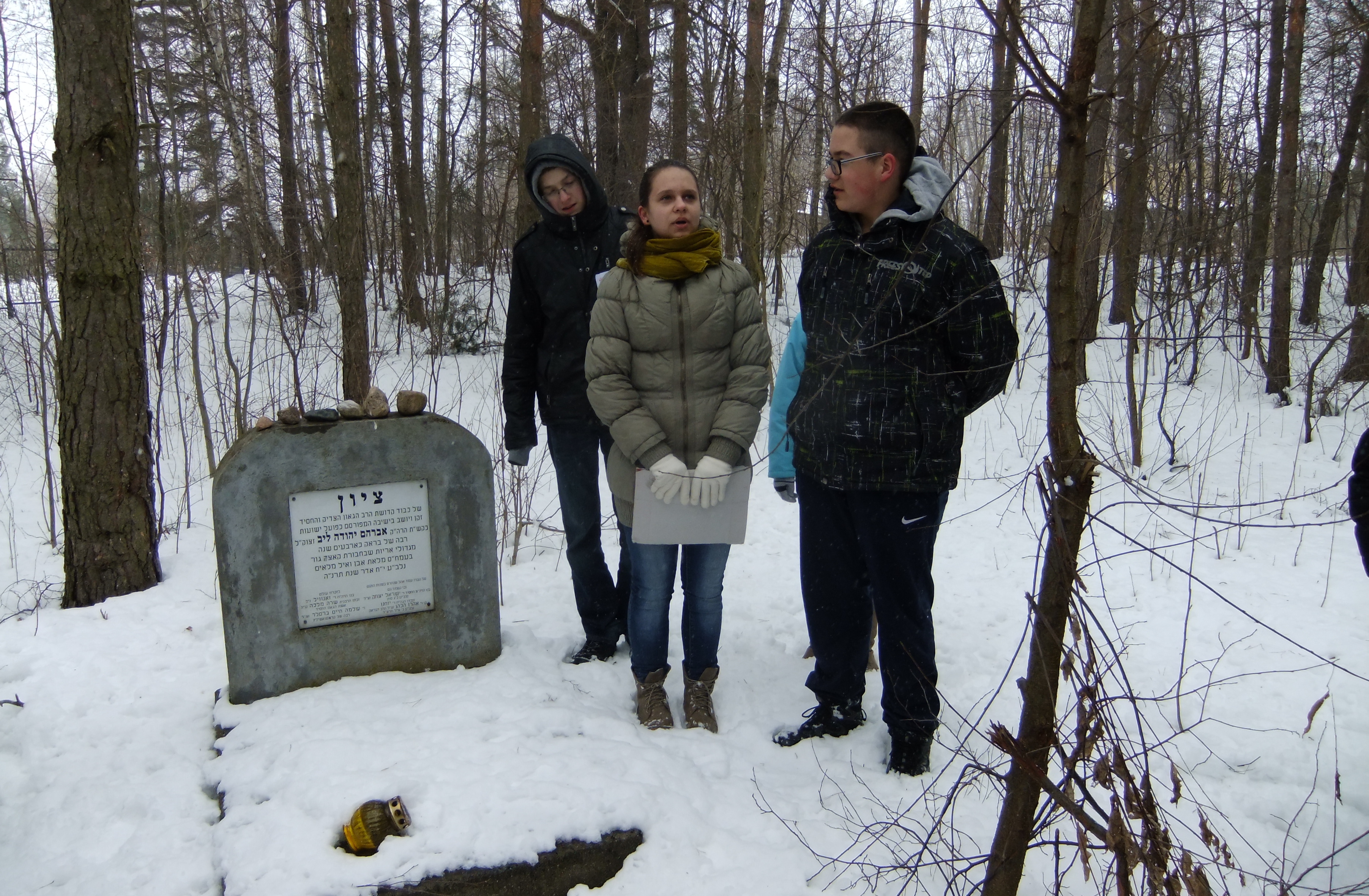 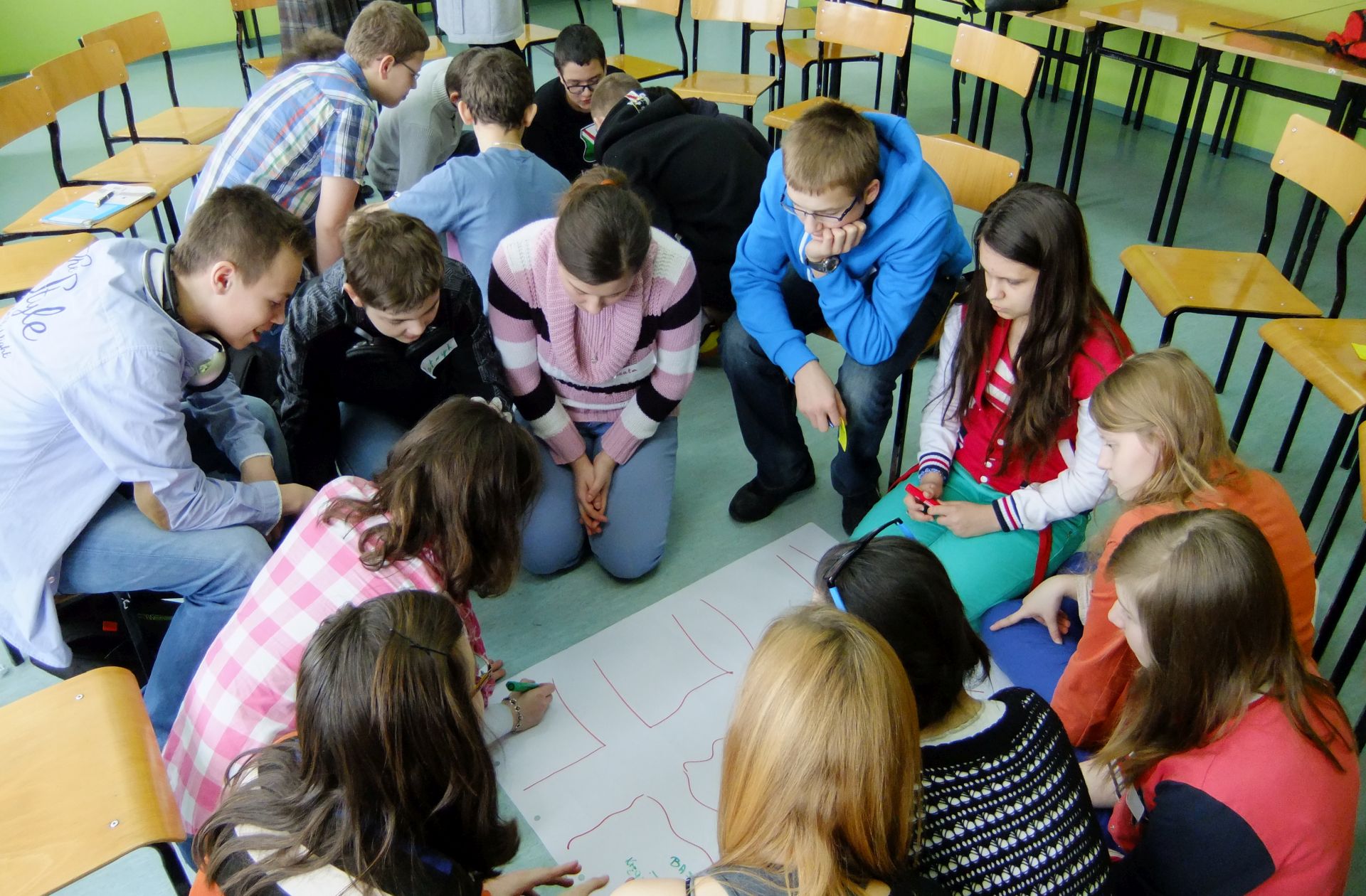 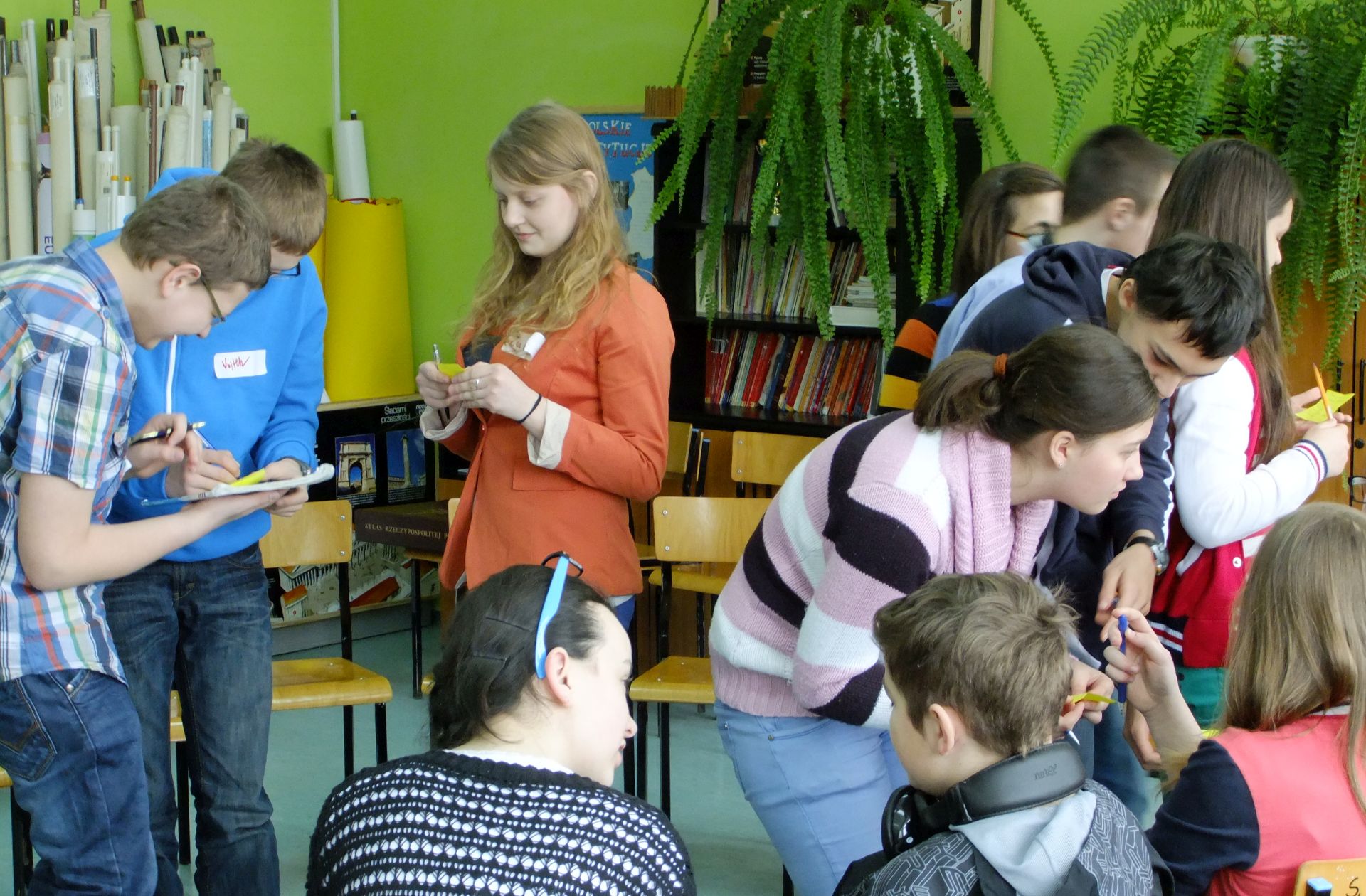 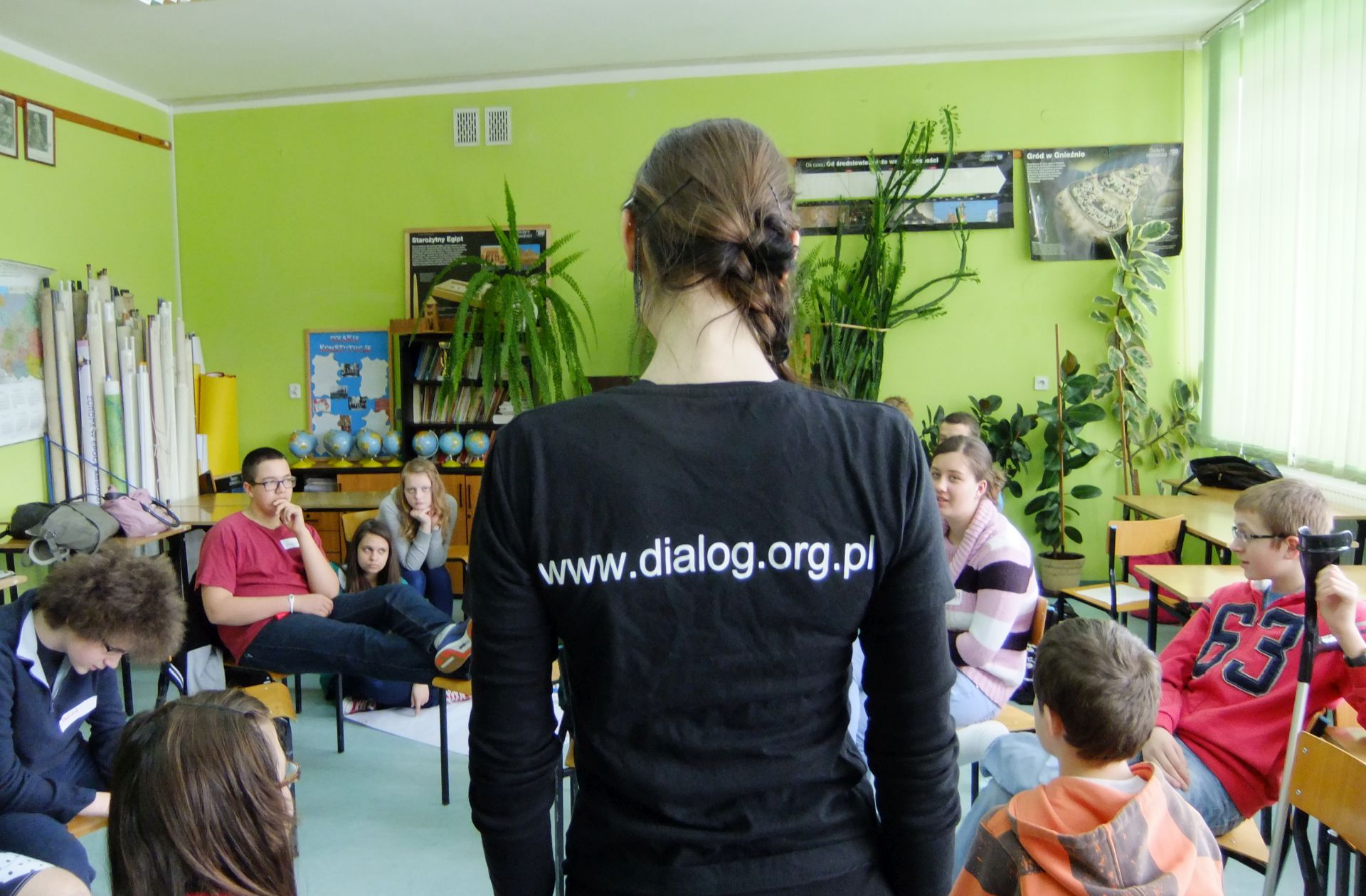 They contacted representatives of the Town Hall, talked to elderly inhabitants of the town and tried to establish contact with the family of the last rabbi of Brok, who now live in the US. The postman showed them coins with the Star of David dug up from his garden. The baker told them where the mikveh used to be, and the teacher gave them a fragment of a matzevah, which they took to the cemetery. A graduate of their school, Damian Piekarski – a forester by profession and historian by avocation – helped them find materials associated with Jewish Brok.

For the final project, the students organised two trips. The first took place on May 15, 2013. Participants included representatives of the municipal authorities, the school’s principal, teachers and fellow students. A walking tour of Jewish Brok began in front of the school. Here, one of the student guides introduced tour participants to the most important historical facts concerning the town’s Jewish heritage. Then they all moved to where the synagogue used to stand – the building was burnt down in 1939. Participants of the walk learned about its history and saw traces of a nearby well – sole remnant of the former mikveh. They also found out who the last rabbi of Brok was. The next point on the agenda was the old school – according to accounts of the oldest inhabitants, the cheder was located just opposite.

Then, the group walked along Warszawska and Rybacka streets towards Kościelny Square (Church Square). Many Jewish shops could be found on these streets before the war.

Apparently Jewish bakers were valued producers of matzoh. Referring to this history, students offered matzoh and challah to their guests. Next, the group went to see Mr. Krzysztof Szczęsny. A Jewish shop used to be located in what is now his home. The owner presented to the group Jewish artefacts he encountered when he moved in. The trip ended in a visit to the cemetery – there, the invited guests heard stories about tzaddiks buried there and saw the headstones which students had transferred to the cemetery on their own. After the trip, selected students took part in a competition that tested how much they remembered from the walk.

A subsequent trip, along a similar route, was organised by the students on May 18, 2013 for members of Etz Chaim – Center for Progressive Judaism active in the Jewish Community of Warsaw, who visited their town. Guests included rabbi Stas Wojciechowicz and professor Stanisław Krajewski.

As part of their summary of the project, students prepared a presentation with the most important facts from the history of Brok’s Jews, an account of the workshops and trips and an interview with Aleksandra Zabłocka.

During the workshop, I began to be interested  in the history of the Jewish community in general. (…) I spoke to my grandma, who is 85 years old now, and it turned out that our family used to be friends with the Jews who were our neighbours! Unfortunately, their whole family died during the Second World War.

I really became attached to my workshop colleagues and the educators who conducted them. We put a lot of work to learn something about the history of Jews who used to live in Brok. We discovered new things every day. We even tried kosher food.

During the workshop, I learned many interesting things about Jews living in my town. The educators told us a number of interesting stories, read texts and showed us photographs.