Brzesko is located in the Lesser Poland and has 35,000 inhabitants. The beginnings of Jewish settlement here date back to the end of the 14th century. At the turn of the 19th and 20th century, Jews constituted more than two-thirds of the total population, more than 2,300 of people. Between 1894 and 1906, Henoch Klopholz, a Jew, held a position of the town mayor. Despite the destruction wreaked by the war, sites related to the Jewish history can be found in Brzesko. The buildings of the former synagogue, mikveh, houses of prayer and cheder survived, as well as the 19th-century Jewish cemetery with several hundred of matzevot.

“I think that taking part in these workshops was a very good idea. My friends and I, we learned a lot of new things about the Jews and their culture. Now we are able to understand them better,” one of the students, Jakub, recalled. Already at the first workshop, students were very open-minded, showed their curiosity and willingness to act. They were very eager to discover the history of Jews in Poland. While working on the project, they persistently searched for additional information. They met with Jerzy Wyczesany, an art historian, the author of numerous publications about the Jews from Brzesko. They increased their historical awareness about Brzesko.

“I think it’s wonderful that I could learn so much about my town and show it to others,” one of the workshops participant underlined. A visit of Jewish youth from Himmelfarb High School in Jerusalem was a very important event for the students from Brzesko. More than hundred students from Jerusalem, together with their teachers and Dov Landay, a former resident of Brzesko, participated in the visit. They sang, danced and talked together what helped the young people to get to know each other and break the stereotypes.

“There is no history of Brzesko without Jews ,” with these words one of the students welcomed the participants of the final walking tour. On December 2, the invited guests – the mayor, representatives of the local authorities, school’s principal and teachers, town residents and students – all gathered at the Regional Community Center and Library. The music played, students danced, the table was filled with kosher food. The walking tour participants could go through the archival copies of recollections of Jews from Brzesko who survived the Holocaust. “We meet today to follow the footsteps of Jews from Brzesko. Our journey will take us from birth to death,” one of the students invited everyone to the walk. 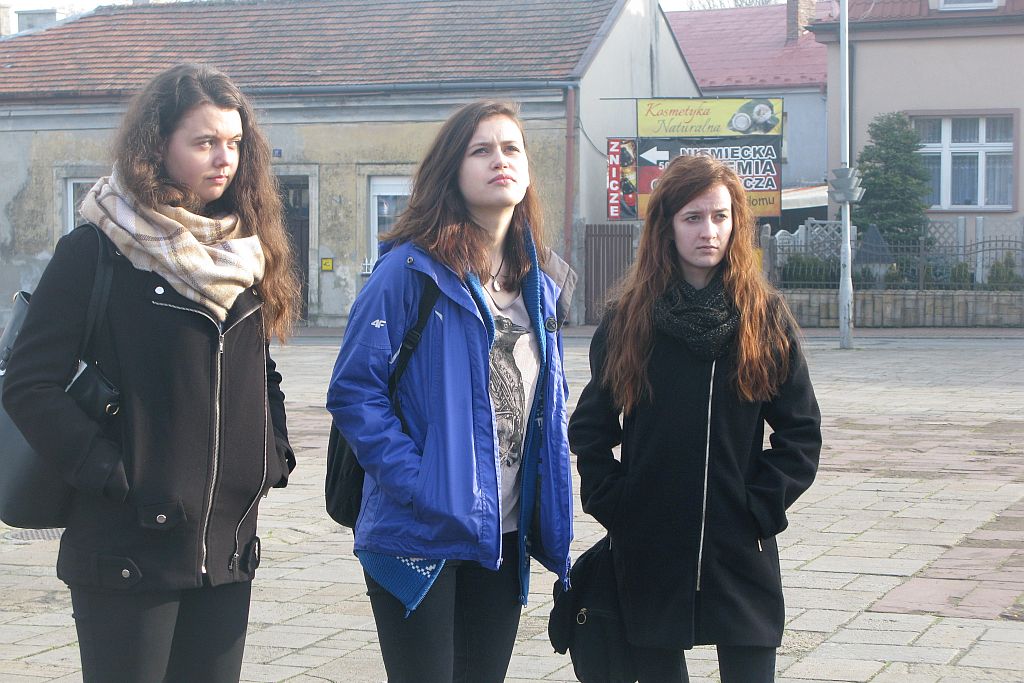 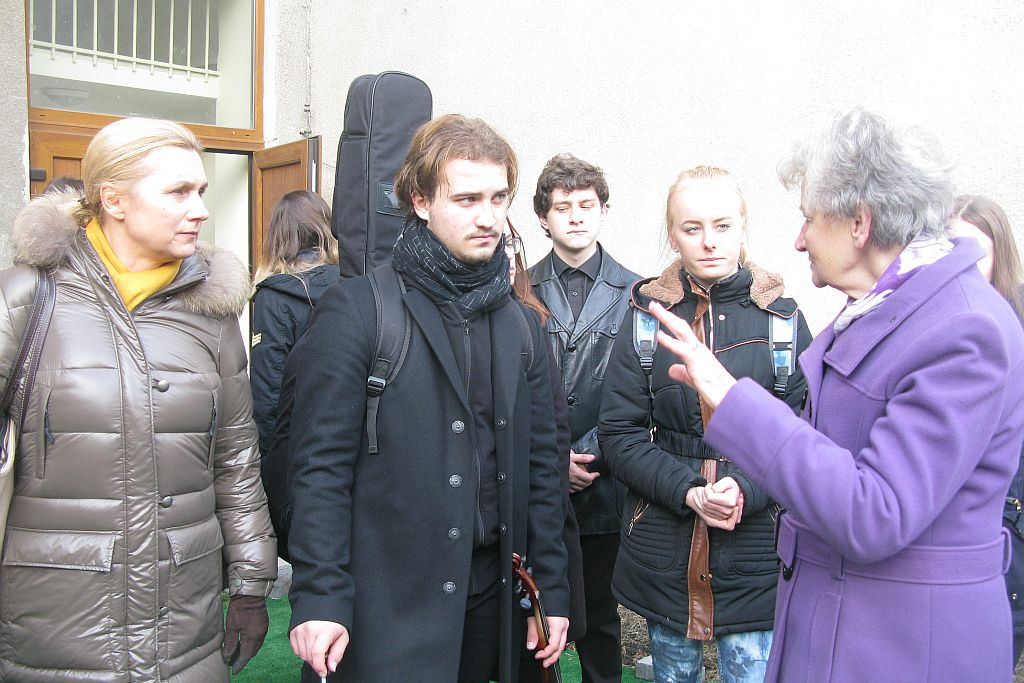 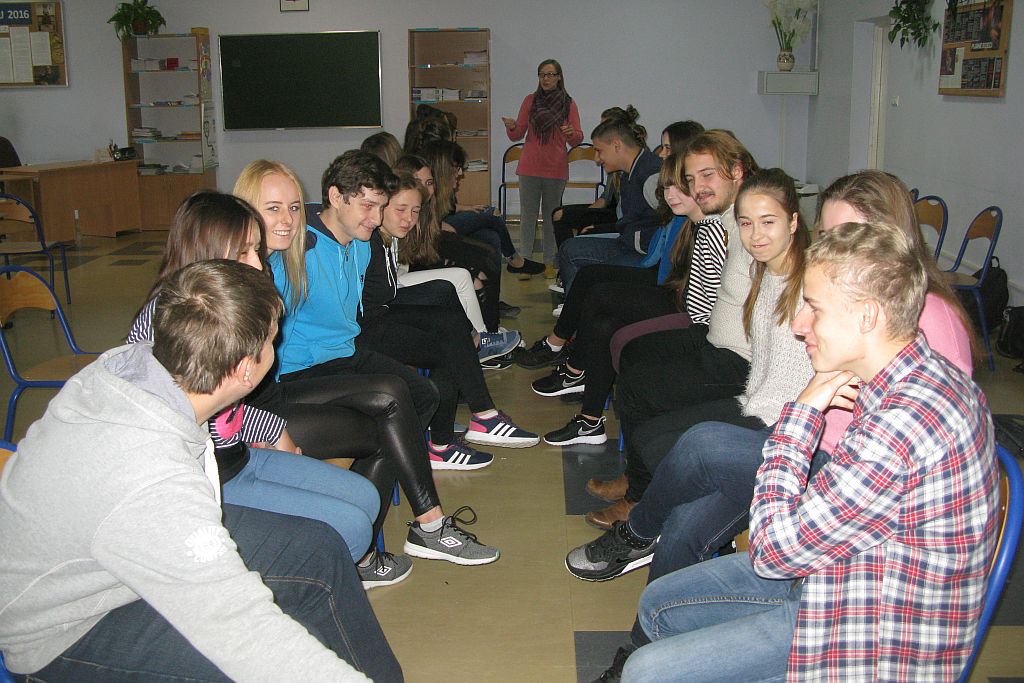 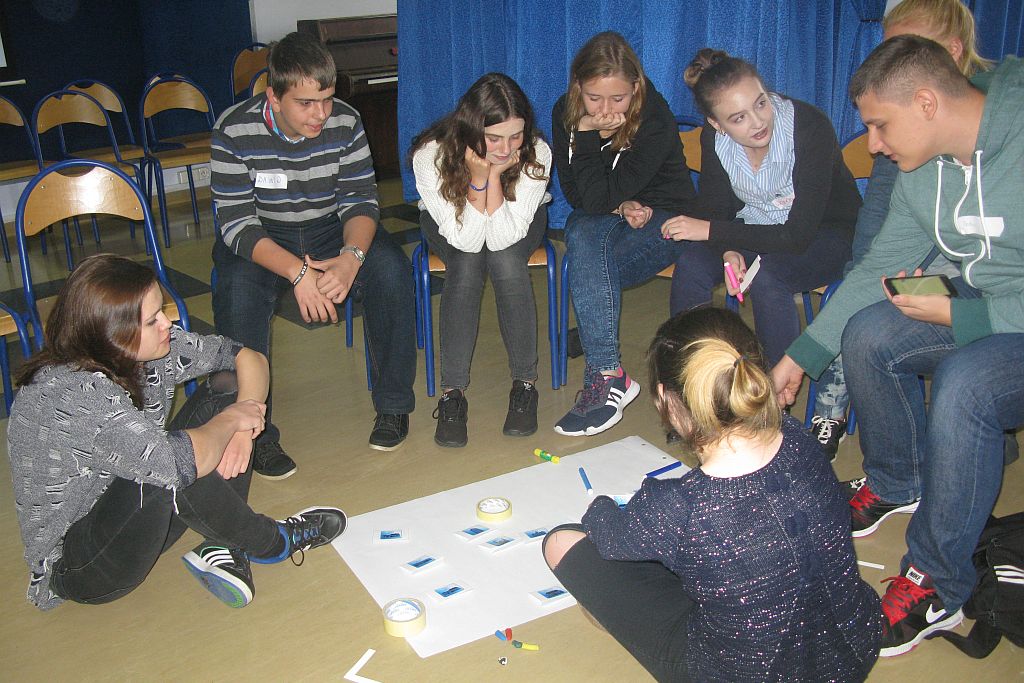 The first stop of the tour was the courtyard of the former synagogue. The main guide, Franek, introduced everyone to the beginnings of the history of Jews of Brzesko, he also talked about the history and the importance of the synagogue and mikveh which had operated here before the war. They all could go back in time just for a moment. Two students dressed in wedding gowns staged a wedding ceremony. When the participants reached the next stop, they learned about cheder and saw how the recess might have looked like back then. Girls played hopscotch, talked about boys, and a few of them tried to play truant. Next, the tour participants went to the square market, whose history dates back to the 14th century. Jews lived and worked here. This was where markets were organized, where everyday life went on. Girls took on the role of pre-war street vendors. At Kazimierz Square (former Apelplatz), students read recollections of Jews of Brzesko who survived the Holocaust, they also talked about the history of the town’s ghetto. The last stop was the Jewish cemetery. The guide introduced the history of it, girls dressed in black read poems.

The tour participants saw matzevot and ohel, and before leaving the cemetery, they symbolically washed their hands with water prepared by the students. The guests were enthusiastic about the tour. “Your work … shows that the history of Brzesko, which began hundreds years ago, did not disappear with the World War II … but this memory lives on”, Anna Brzyska, a translator involved in the Polish/Jewish relations, said. “I was most impressed by the hopscotch … I could really go back in time … This was something so common yet uncommon, as it will never come back”, Anna Kania, a lecturer at the Jagiellonian University, added. The students organized the same walking tour for a group of thirty fellow students.

As part of the report, the high school students made a movie documenting the implementation of the project, and translated the tour scenario into English. They set up a Facebook profile and a channel on YouTube.

Our teacher told us that we are changing the world and this event will stay with us forever.

I am convinced that what we have accomplished here together will develop further, and the group we formed will grow. These workshops not only helped me deepen our knowledge but also, what is important, taught me to be open to another culture and work in a team of people who just met.

These workshops taught me to be open to people.