School of Dialogue at Tadeusz Kościuszko Junior High School No 1

A water mill, a sawmill and Wajcman’s brickyard, a railway station, a synagogue, Tuchman &Szuchman shoemaker shop, Boruch’s grocery, Josel’s hairdresser shop, Pleszel’s beer cellar, Kałama’s grocery, Jankiel’s butchery and a cemetery – all these places are reproduced on a model of the pre-war Chotyłów. Students from the junior high in Chotyłów created a miniature of their town where a large Jewish community used to live. In September and October, they met Forum for Dialogue educators who encouraged them to explore the Jewish history of the nearby area.

Chotyłów and Piszczac are small villages in the north-east part of the Lublin Region, located 25 km from Belarusian border. Jews settled in Piszczac from the 18th century. They lived mainly on the market and main streets of the village. They were mainly merchants and craftsmen. Before the World War II, the Jewish community in Piszczac had approximately 400 members, nearly 36% of the village population. The community had its own ritual slaughterhouse and cemetery, it also administered a synagogue in Chotyłów.

Germans arrived in Piszczac at the very beginning of September 1939 (a Gestapo and military station was located in Chotyłów). A year later, a ghetto was set up and Jews were gathered there, also those from nearby villages. After the ghetto was liquidated, some Jews were transported to the labour camp in Międzyrzec Podlaski, whereas others were deported to the death camp in Treblinka.

During the workshops, students discovered the history of their village and a neighboring Piszczac. The school principal actively participated in the project, and the village leader shared her own stories about the joint lives of Catholics and Jews in Chotyłów before the War. Following a few weeks of preparation, high school students organized a walking tour during which they managed to restore the multicultural life of their villages. “We worked and searched for any information about Jews. The village leader provided most information, as they told us the stories of her mom. She described to us in detail where a synagogue was and where Jews lived” – students told about their preparations. 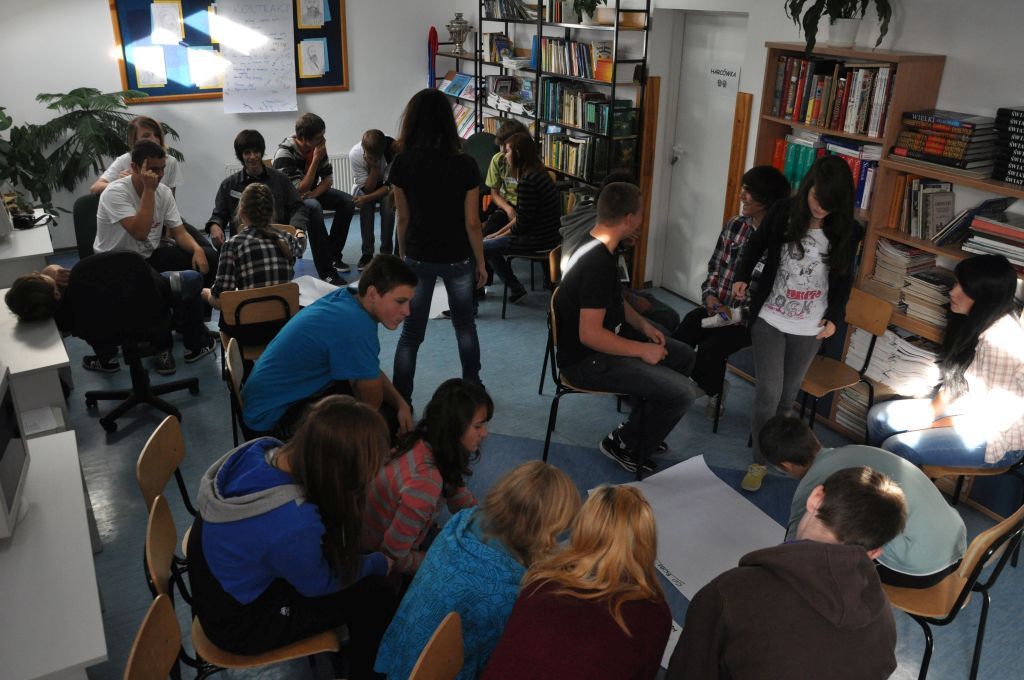 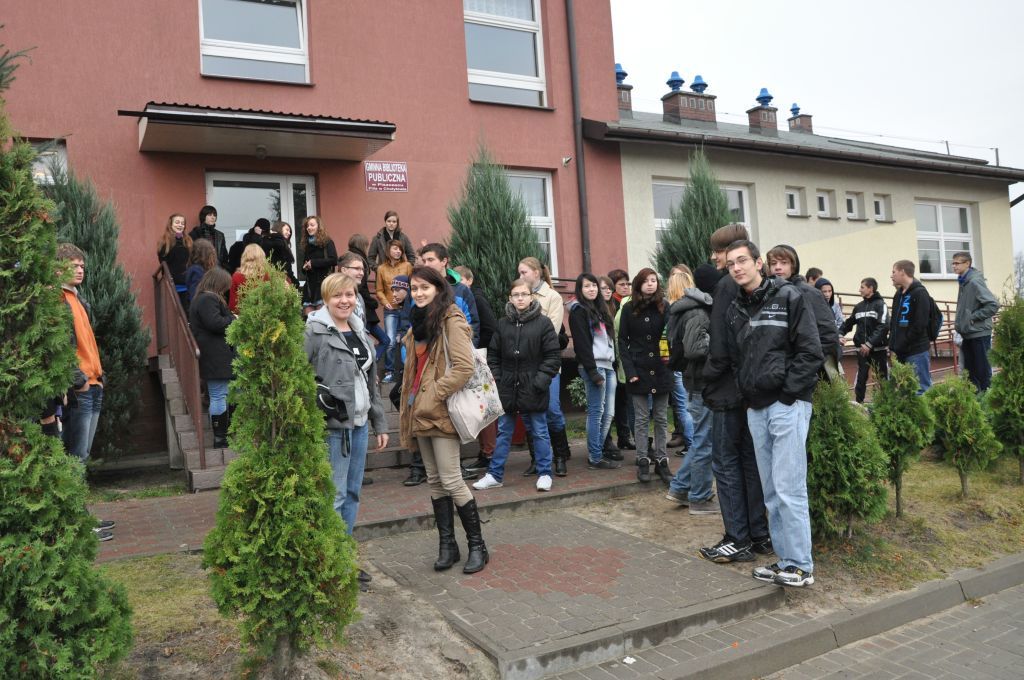 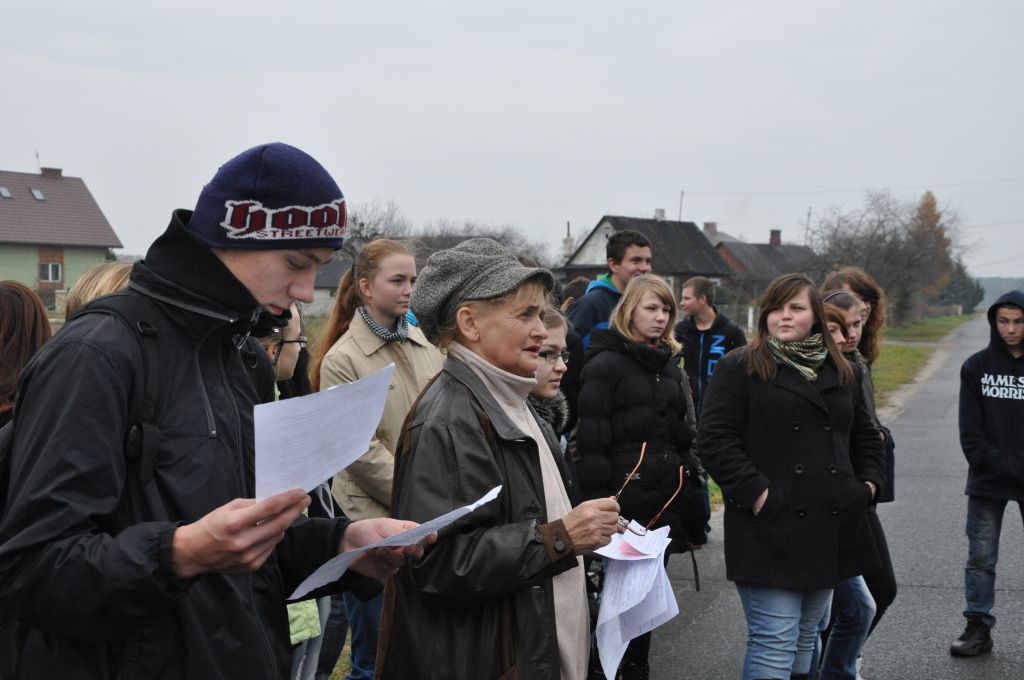 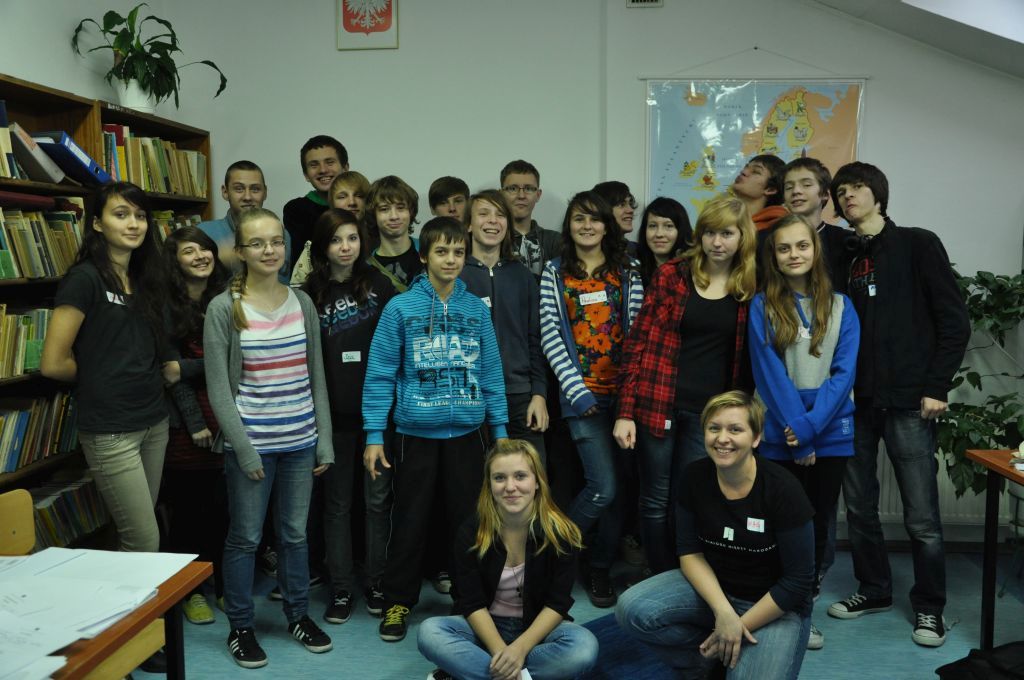 “I talked about it with my grandmother who lived in Chotyłów when she was young” – said one of the project participants. Students invited their peers and the school principal for the tour. In Chotyłów, they visited the buildings where there once was a synagogue, shops and a saw mill. In Piszczac, they visited the market square and Łazienna Street, where a mikveh and stalls were located before the war. Apart from the information about the homes of Jewish neighbors and stories told by the elderly, students also recalled less glorious events. They mentioned pre-war tensions and local arguments.

The village leader would complete students’ statements: “Maybe life was not always perfect and fun. There might have been some tensions and arguments, but they were not so visible. People rather lived peacefully”, she said.

Students summed up the entire project at the meeting organized for parents and residents of Chotyłów and Piszczac. On November 23, guests gathered at the school to watch a film shot by high school students. It showed the walking tour, pre-war photographs and interviews.

We worked and searched for any information about Jews. The village leader provided most information, as they told us the stories of her mom. She described to us in detail where a synagogue was and where Jews lived.

School of Dialogue program in Chotyłów was made possible by the support from SHEILA and DAVID FUENTE.