Czarny Dunajec is a village located in the Lesser Poland; its coat of arms presents a black bird against clouds and sky. To some its name, Czarny Dunajec, may be associated with something mysterious, maybe gloomy, certainly a little fairy-tale-like.

The mentions about Jews living in Czarny Dunajec originate from as late as the second half of the 19th century. In the census conducted then one may find 5 people of Jewish origin. But at the end of the 19th century their population jumped to 400. At that time, two houses of prayers, a bath, several cheders and a cemetery operated in Czarny Dunajec. Chassidim and conservative believers constituted the vast majority of Jews.

The Jewish population systematically grew in the inter-war period. In 1921, there were 341 Jews, in 1927 – 400, in 1939 – 405, which constituted approximately 14% of the total town population. There were a few lawyers among the Jews, but the majority were small craftsmen, tailors, shoemakers, bakers, butchers. And, there were some entrepreneurs, merchants and innkeepers.

A certain Landau had a sawmill where he employed approximately 200 people. On the eve of the War, there were 8 Jews in the Municipality Council.

From May/June 1941, Jews were systematically transported to a ghetto in Nowy Targ. They were further transported to the extermination camp in Belżec where all Jews from Dunajec probably perished. In September 1942, a labour camp was established in Czarny Dunajec. The Jews who had left were gathered by the railway station along the road to Nowy Targ. They worked in the Homag sawmill, where hangars for air forces were prepared. Only a few of them survived occupation, just to emigrate from Poland, mainly to Israel, soon after the War.
In Czarny Dunajec, at the Jewish cemetery situated by the road to Rabka one may find today only one matzeva. In the former synagogue erected in the 19th century, there is now a building material warehouse. One may see on the photographs that the building is still very beautiful from outside. These are the only traces of the history of Jews from Czarny Dunajec. 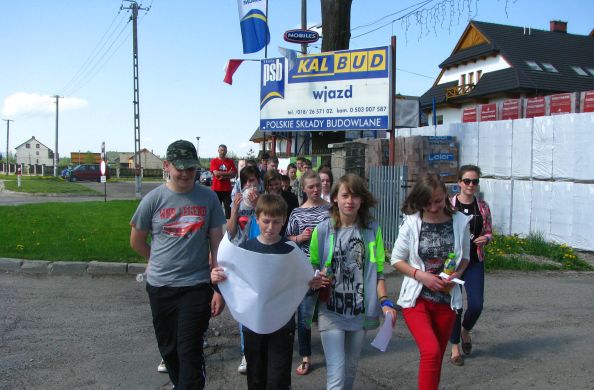 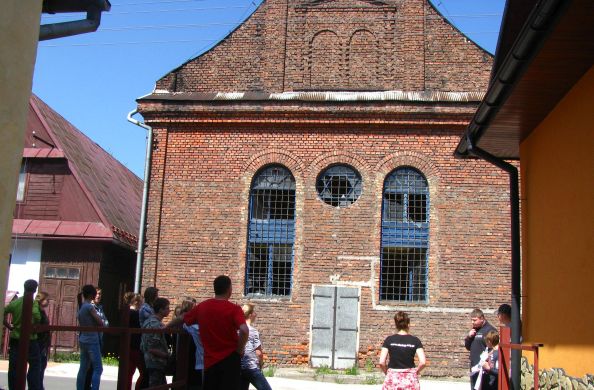 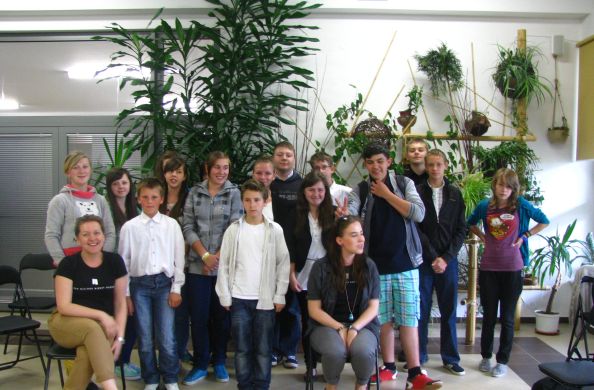 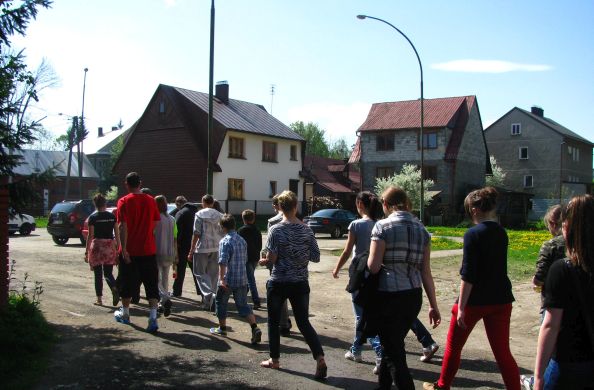 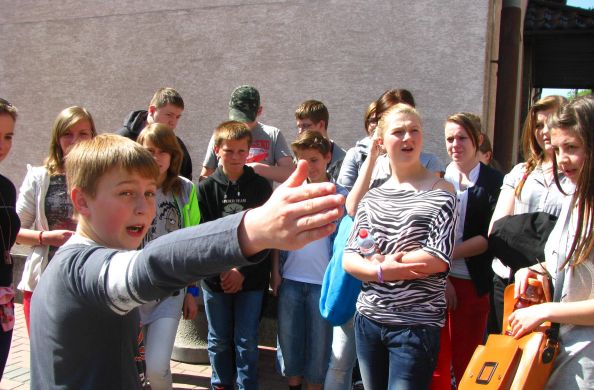 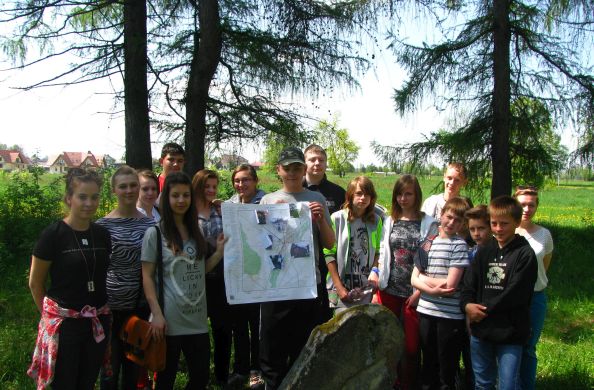 The School of Dialogue educators who arrived in the village in Lesser Poland were the first to tell students about the prewar history of Czarny Dunajec. Students had hardly knew anything or very little about it before. However, it turned out that they wanted to learn. They were interested in issues related to the Jewish history, religion and tradition in general and in Jews from Czarny Dunajec. During these workshops, the students improved their knowledge, but also got mature in a way. It was the first time that they talked about people of different religion and nationality. They searched for information in books, they talked to the town residents and found new traces. They were told by Ms Maria that before the War there were two other synagogues in Czarny Dunajec apart from the one which still stands today. Apparently it was designated for married couples. They also found out about the Jewish mill and bowling alley. Anna Łabuda to introduce the prewar Czarny Dunajec to students, the town she knew from the stories told by her mother, Maria Łaś.
The invitations to the walking tour presented a sign made by the students – a highland hat and a kippah with a highland design.

They invited local authorities, representatives of educational institutions and the press. The gathered group went to the market square, to the synagogue, the Jewish cemetery and the place where the Jewish school once was and today there is a shop. The students and the tour participants put symbolic stones on the only preserved matzeva in Czarny Dunajec. They introduced the prewar residents of the town, what their occupation was, what their names were. They emphasised that Poles and Jews lived together in Czarny Dunajec. They told about a fire brigade in Czarny Dunajec, about banks and schools. About traditions, religious rituals and renown fairs. The students brought a map on which they marked the archival photographs they had found before. With the use of these photographs, they wanted to present their story to the guests.

Information about the program and the project implemented by the students was published in a local newspaper “Tygodnik Podhalański”, whereas the students themselves described their work in the form of an album with photographs.

Thanks to these workshops, I learned a lot  about the life of the Jewish community during the World War II. I found out about their customs, culture and their everyday life. During these meetings, I also learned more about my town. I visited the Jewish cemetery and the synagogue (…) I learned a lot.

When I joined the project, the memories of my childhood returned. I could recall the moments when together with my friends we ran, rode around and played at such places. My participation in the project really gave me food for thought.

I mainly improved my knowledge of Czarny Dunajec. I am extremely satisfied that I participated in this interesting project. I think that such experiences enrich you.

When I was a little girl, I would run along the streets in the village, and be interested by places, Jewish buildings, but I would never thinking what they were used for.