School of Dialogue at the High School Complex in Drawsko Pomorskie

In Drawsko Pomorskie (West Pomeranian Voivodeship), whose population currently numbers ca. 12 thousand, first Jewish settlers arrived between 1735 and 1740. In 1839, they built a synagogue and approximately 20 years later they established a cemetery. However, in late 19th century the Jewish population started to decline – many left this periphery of Germany and emigrated all around the world. Right before the outbreak of the Second World War, only 33 Jews lived in Drawsko. Even though the city was so empty, as other German towns it still would suffer the Kristallnacht: the synagogue was destroyed and Jewish houses vandalized.

Today almost nothing remains of this small community. There is no trace of the synagogue and the Jewish cemetery had been a landfill for many years. It was only in 1992 that the graveyard was cleared. Apart from a commemorative plaque (which was soon destroyed), two symbolic matzevot were placed on the graveyard. If one squints very hard, it is possible to make out a name on one of them: Friederike Joseph, née Bornheim, died on October 19, 1882 at the age of 89. The other tombstone was Josele Joseph’s, who died a dozen years earlier, on January 21, 1870, aged 80.

For the students who participated in the School of Dialogue, most things were completely new. During the four meetings with the Forum educators, Jolanta Goździk and Dorota Cieślik, they entered completely unknown territories. This might be the reason why they were so committed and focused right from the very first minutes. They spoke in front of the whole class, asked questions if some issues were unclear, did not hesitate to share their feelings and opinions. The students met with historian and regionalist Edward Krasucki who told them about the history of Pomeranian Jews. They learned about history old and new, about yesterday and today.

Teenagers resorted to various sources while preparing the final project of the School of Dialogue. They browsed the Internet and museum archives, as well as private collections. They talked to their family members and neighbors. They rummaged their shelves and leafed through books, translating passages from English and German. Before the tour, they gave out leaflets and released a promotional video they themselves had made. On a school fair that took place on June 1 they treated their colleagues to hamantaschen, potato kugel, matzoh and challah with jam. They also cleaned the graveyard and prepared it for the visit. 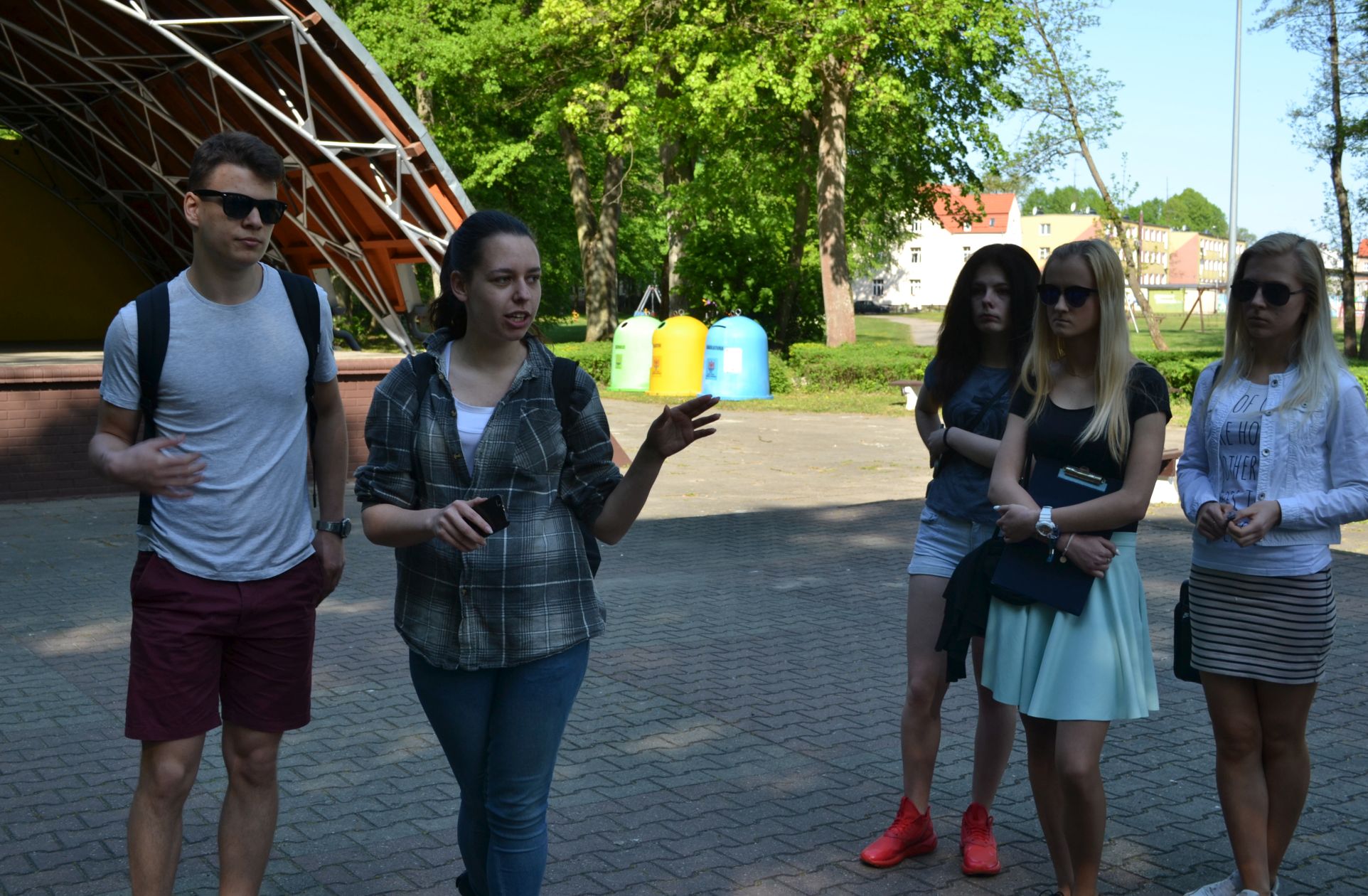 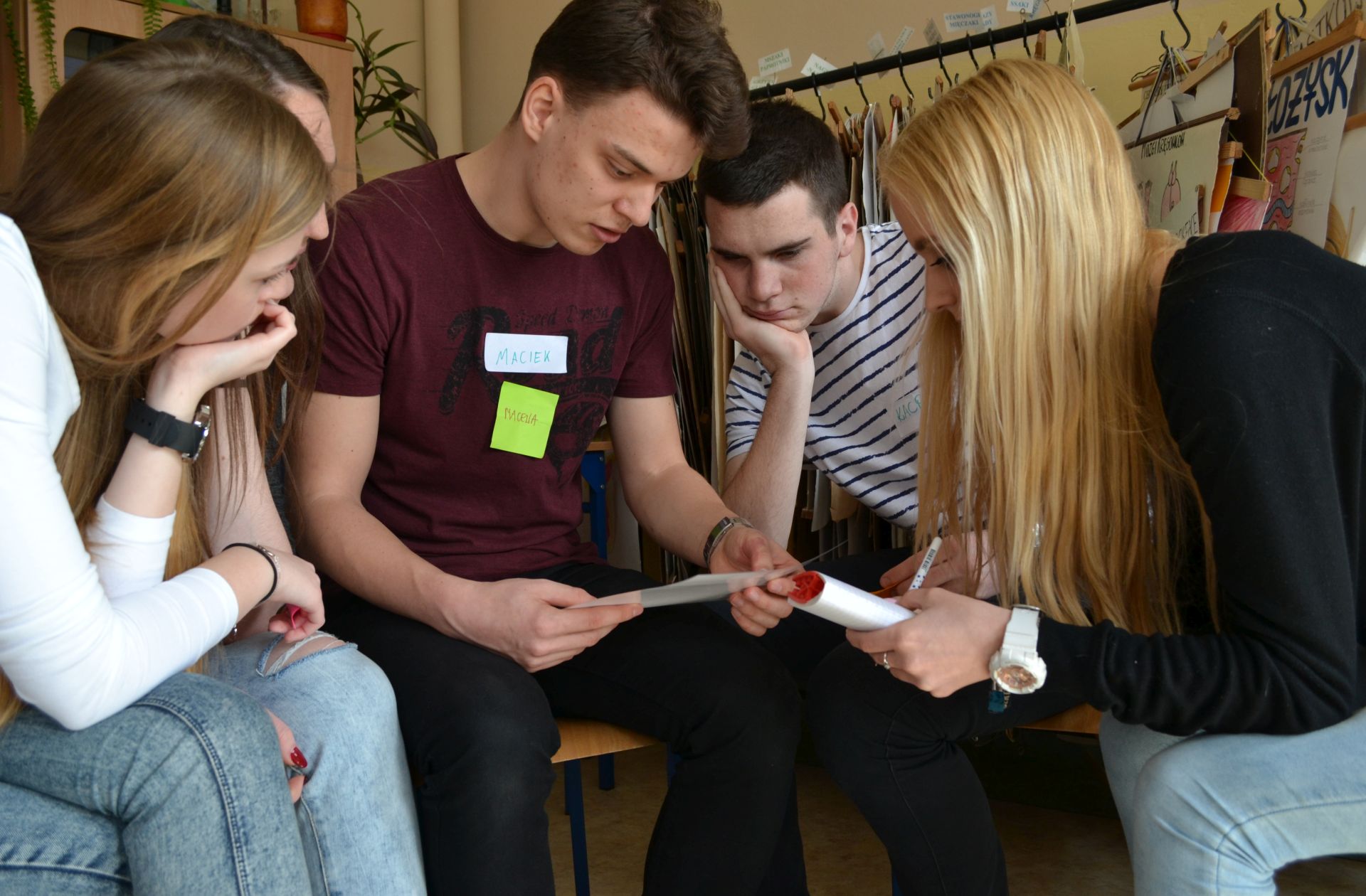 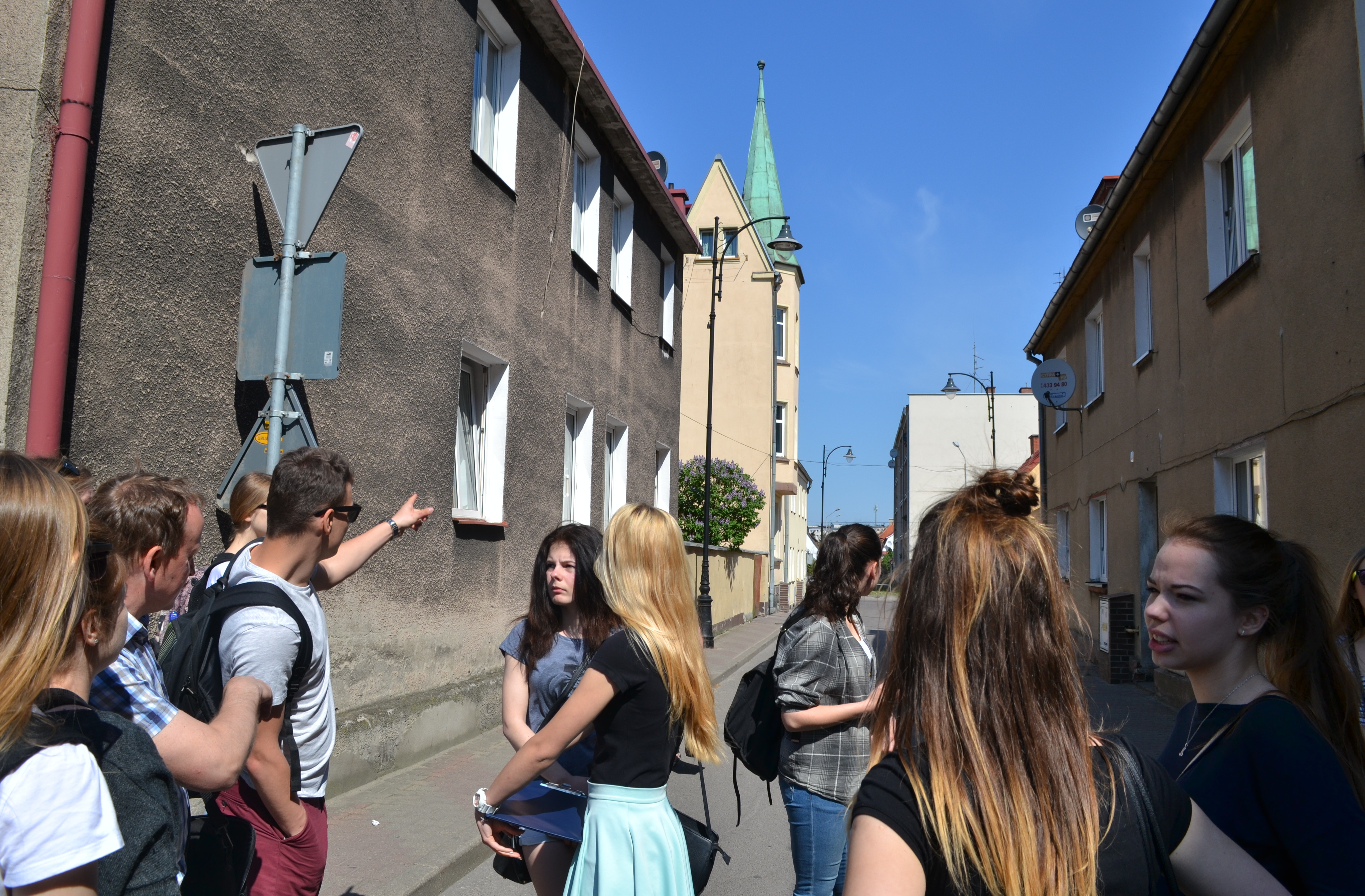 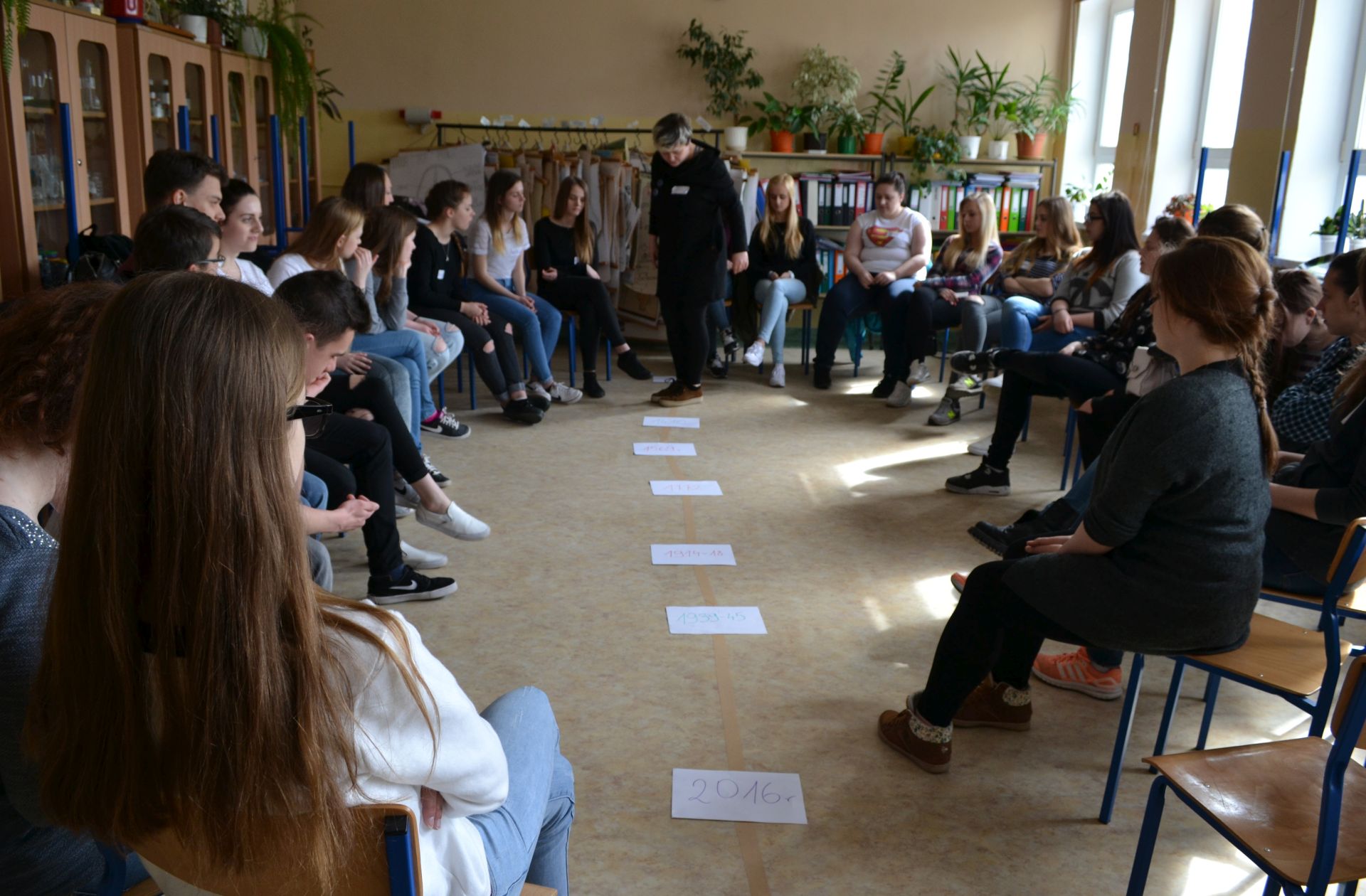 The Meander Association of Friends of Drawsko and group Po torach pamięci (“On the Tracks of Memory”) announced the walking tour on their Facebook fan pages. Also, the newspapers Głos Drawska and Głos Koszaliński helped promote the event. The project even had logo, designed especially for School of Dialogue in Drawsko Pomorskie.

The walking tour was open to anyone willing to participate. Around 60 people turned up: locals, teachers, students, friends, as well as members of cultural institutions and history enthusiasts’ association. Each guest was given a small dictionary of Jewish terms and a guidebook including the whole route and information on every stop of the tour. The guides took turns – at each stop, there were two guides responsible for telling the story of that particular place. Other people were tasked with taking photos and making a video documenting the tour. Students of the gastronomy vocational school prepared snacks for the participants of the tour. The teenagers showed source documents, old photographs, postcards and other evidence of the presence of Jews in Drawsko. On the yard of the primary school where Kate Kaphan attended (a girl about whose life story they learned in the course of their research) they put up a map from the 1930s, brought a table and chairs and tried to explain to the group what  the war meant to Jews or what numerus clausus meant for Jewish students.

Apart from the visit in that school, the walking tour through Jewish Drawsko also included the most important places connected with the former presence of Jews in the town: the cemetery, the place where the synagogue used to stand, and other places, connected with stories of particular people. For instance, Gaj Luizy (“Luiza’s Grove”, nowadays Frideric Chopin Park) or Arndts Hotel which used to stand in the place of the present-day Cultural Center at number 12 of Piłsudskiego Street and, apart from accommodation, offered “bourgeois cuisine”, a ballroom and a garden with a double bowling alley. The participants also saw the Sauer café, where film screenings were organized, and villas that belonged to Rosenfeld, a lawyer and notary (Piłsudskiego street no.12) and Manasse, the last chairman of the Kehilla and the last Jew to be buried at the cemetery in Drawsko. They also visited the house of merchant Eduard Tarnowski, who died on December 7, 1942 in Theresienstadt, and the home of the Witte family.

The numerous activities that the students performed and their thorugh preparation resuted in the 3rd prize at the School of Dialogue Gala.

Every person is above all a person. Their identity comes second. Therefore, everyone should be treated equally. I think that the classes helped to get rid of stereotypes about Jews once and for all.

Every person is above all a person. Their identity comes second. Therefore, everyone should be treated equally. I think that the classes helped to get rid of stereotypes about Jews once and for all.

It is sad that in Poland, where so many Jews used to live in the past, it is so difficult to find any traces of them. I hope that one day our mentality will change and that this issue will not be a taboo.