School of Dialogue at Konstanty I. Gałczyński High School No 11

Most of the students who participated in the workshops in March and April 2011 first learned about Jewish history and culture while discovering their town’s past. They found out that 31% of the local inhabitants had been Jewish, that some Jewish buildings have survived: namely, the synagogue on Warszawska Street, the prayer hall on Słowackiego Street and the cemetery in the Pakosz district. The high school students were especially interested in multiculturalism, Jewish calendar and the rules of kosher. They also discussed the Kielce pogrom in 1946.

“The Hidden Past – Discovering Traces of Jews in Kielce” was the title of the final walking tour, which took place on June 7, 2011.

The invited guests gathered on the Jewish cemetery and this extraordinary walk began with a meeting with Bogdan Białek, president of Jan Karski Society. His presentation included fragments of interviews with survivors of the Kielce pogrom, currently living in Israel.

Afterwards the participants went to Seminaryjna Street where they learned about the history of the building which had housed the Jewish Community Boys Junior High School since 1917. On Słowackiego Street they made a stop at the synagogue funded by Herszel Zagajski. Then they saw the Junior High School for Girls founded by Stefania Wolmanowa in 1910. 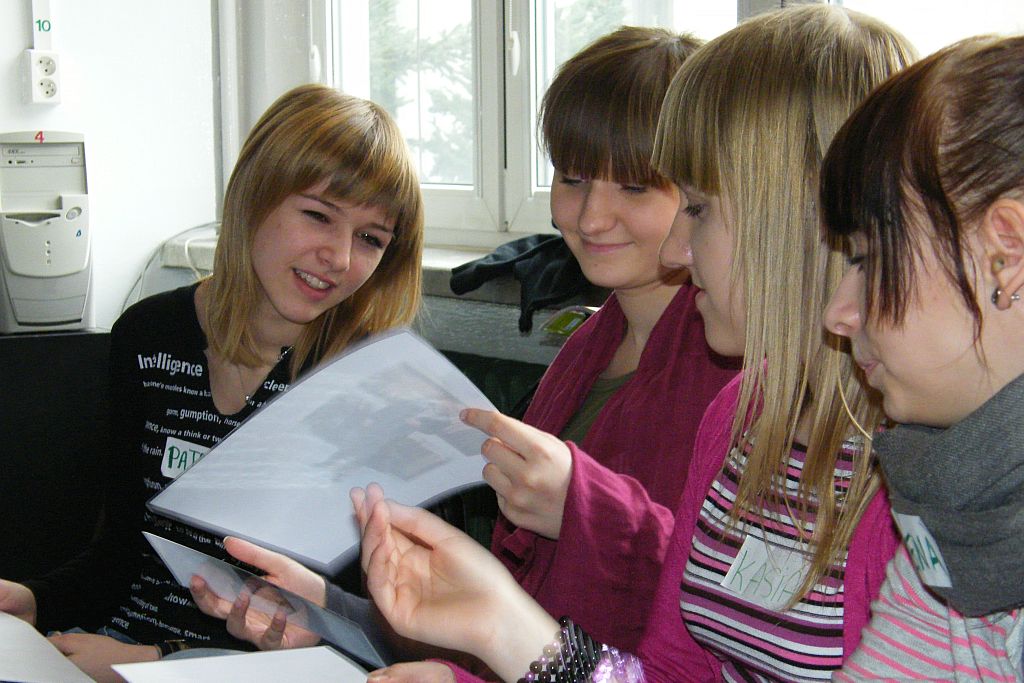 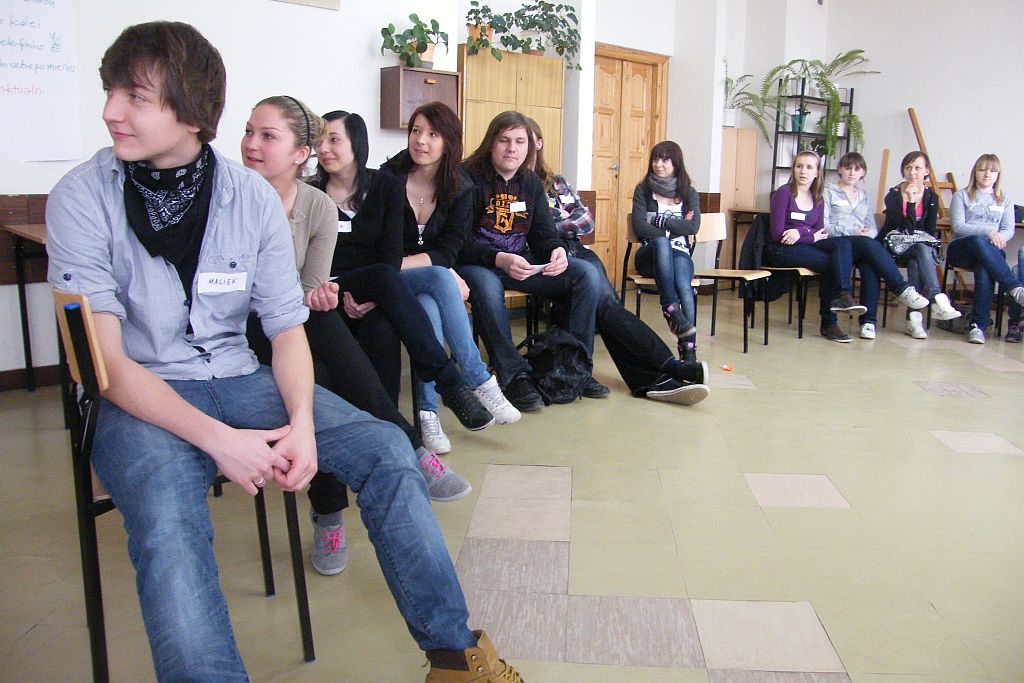 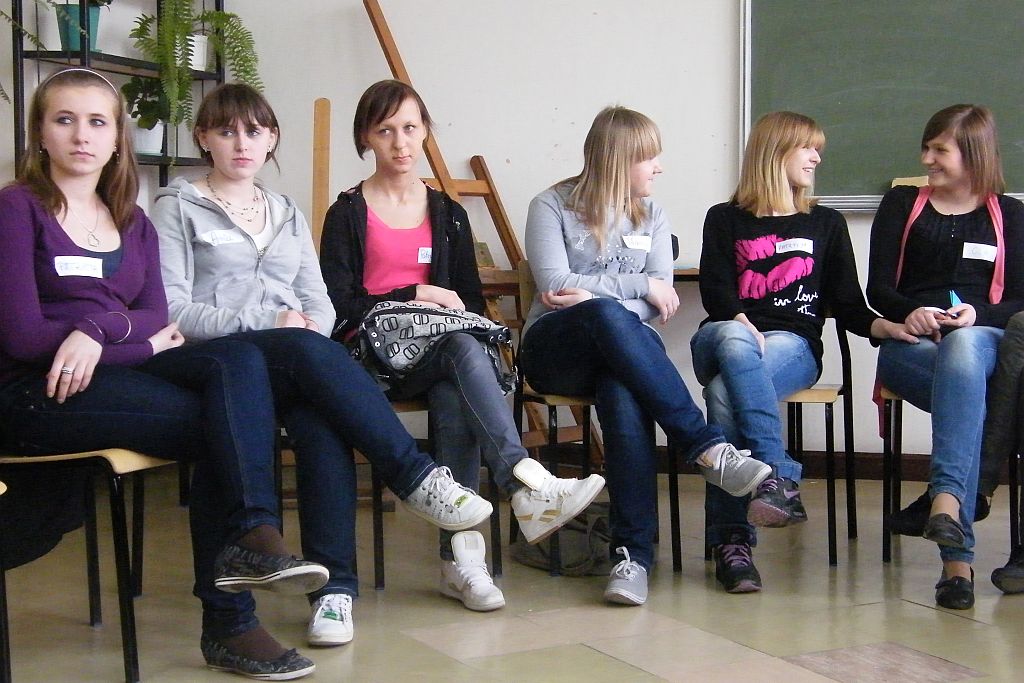 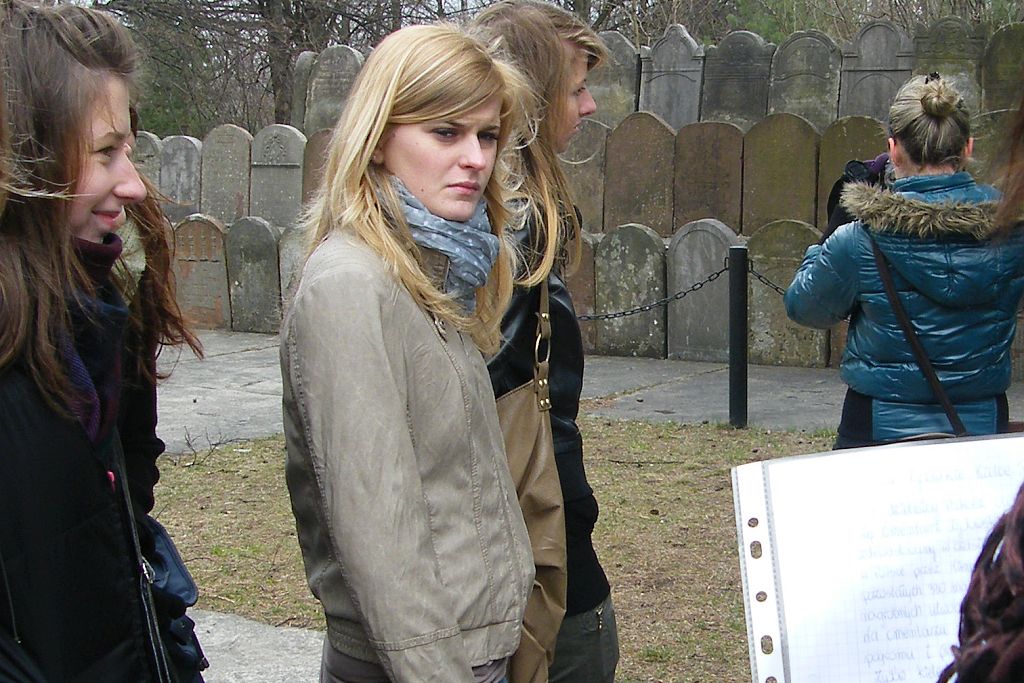 On Plac Wolności, called Plac Bazarowy (“Bazaar Square”) before the war, they met with professor Stanisław Żak, witness of the 1946 pogrom, and Czesław Gruszewski, vice-mayor of Kielce. The group discussed the importance of commemorating the past. There were also snacks – tour participants helped themselves to matzoh. At the statue of Jan Karski they talked with Krzysztof Tworogowski from the Department of Education, Culture and Sport of the City Council about the possibilities of extending the cooperation between Gałczyński High School and Israeli high schools. The group saw two more statues: the monument to the victims of the pogrom, by Jack Sal, an American artist, and the sculpture titled “Menorah”, commemorating the victims of the ghetto – where they also met its author, Marek Cecuła.

The tour concluded at the synagogue funded by Estera and Mojżesz Pfeffer – the building currently houses a department of the National Archives.
The whole walking tour was documented, and a part of it was filmed by reporters from iTV Kielce Internet TV station. “Echo dnia”, the most important daily in Kielce, published an article about the students’ project. Also, with the help of their teachers, the high schoolers interviewed people involved in commemorating the Polish-Jewish past of the city. Moreover, the teenagers created a virtual map of Jewish Kielce, a special edition of “Gałek”, the school newspaper, and a wall display in the school building. The students were awarded a distinction at the School of Dialogue Gala for ambition and effort.

During the workshops we have discussed the Jewish customs, food, and everyday life. We have discovered the old Kielce, what has changed, and how these changes are commemorated. I`ve been living in Kielce since childhood but I have to admit that I had no idea what is the meaning of the monuments I passed by every day and where the Jewish cemetery is located.

I didn`t know that there are so many places related to the Jewish history, culture and presence. I cannot wait for the trip following the Jewish traces that we are preparing.

I was surprised that there are so many sites related to them [Jews] in our city… I didn’t know that there was a pogrom in my hometown. I feel very sad about it.

I would love to see more ideas like these ‘Dialogue’ workshops. Greetings to the people that came up with and carry on something that important.

School of Dialogue program in Kielce was made possible by the support from MARYLIN and RAY COHEN.