Konstantynów was created in place of Żabice Wielkie village in 1821 as a residential area for factory workers from Germany. Residents were mostly drapers and linen workers from Moravia, Silesia, Saxony, but also from Poznań and Kalisz. Altogether about 126 families, maybe a little more than that. The Kahal was created early on, already in 1823, with its own synagogue, beit midrash, mikveh, shelter and a Jewish cemetery. Pinchas Freidenreich was the first rabbi whom residents accused of isolating Jews who worked in Catholic-owned factories. Allegedly he warned Jewish women about the moral degradation and temptations that would lead them astray. It is said that rabbi Freidenreich would pronounce herem (or a form of shunning) and punishments for breaking the Jewish law, but truth be told, no one really knows how exactly this happened.

Jews settled in Konstantynów gradually, due to reluctance of textile guilds to hire Jews on the one hand and Jewish reluctance to comply with treating Saturday as obligatory workday. Additionally, many preferred to settle in the rival city of Łódź, where the job market was much more attractive. As a result, most Jews in Konstantynów were merchants or travelling salesmen.

According to official sources, there was just one Jewish weaver. Later on there were more, but they usually worked at home on textiles obtained from Łódź manufacturers.

In 1987, 1091 out of 5582 town residents were Jews, in large part Hassidic. A yeshiva, Zionist clubs, sports clubs Maccabee and Daughters of Zion that also ran a library, all existed in the town.  Over two decades later the number of Jewish residents slightly decreased. However, a new cheder and Beit Jaakov opened and the monthly magazine “Der Tzair” was published; the Zionist organization, youth clubs and a drama club all had their members among the town’s population.

Right before World War II Konstantynów had ca.1300 Jewish residents, and when Germans entered the town on September 7, 1939, many left, heading mostly for Łódź. Jewish shops and apartments were plundered, while Jews were beaten and humiliated. Men had their beards cut off and were forced to sing “We, Jews, wanted this war”. 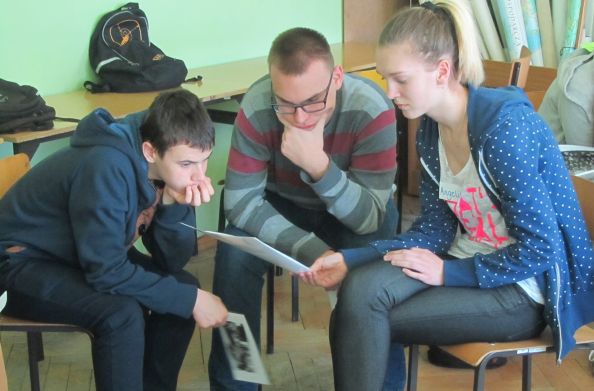 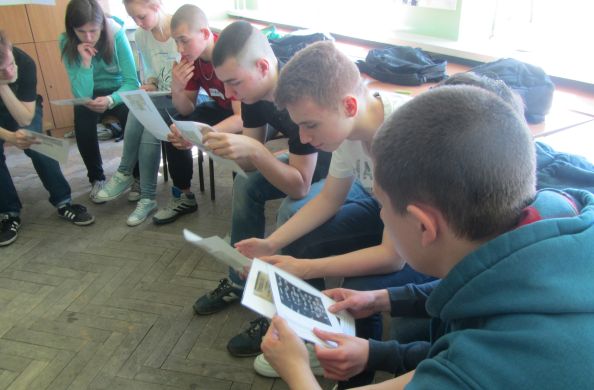 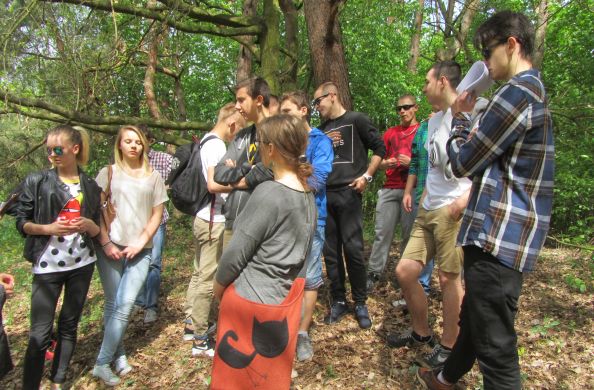 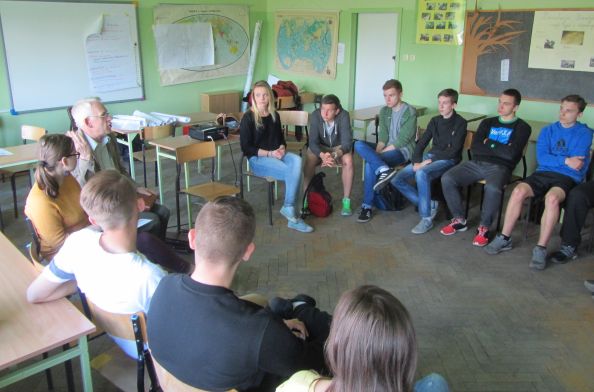 The synagogue was desecrated and the Torah scrolls burnt. On December 22, 939, most Jews were deported to Głowno, some 40 km to the southeast of Konstantynów. Nowadays there is nothing there to see, no post or photograph, nothing. But some people are making that effort to do something. Families of those who lived in Konstantynów before the war want to commemorate the Jewish cemetery, find the matzevot, awaken the memory in local people and motivate the mayor to do what should be done.

On June 9, 2015, a group of students from the high school in Konstantynów Łódzki organized a walking tour for a group of junior high third year students. By seeking out sites connected to prewar Jewish history of Konstantynów students wanted to recall a long-forgotten history. A history that has not only been forgotten, but also erased, as not a tiniest trace of it remains. With the help of educators, students tried to find and locate something, anything. A piece of information, or at least a tiny fragment. What was where, and where exactly, what would happen there?

The guides met their group by Sports&Leisure Center, as it is where the Jewish cemetery is, now overgrown with forest trees. Students headed to Weavers’ Hall at ul.1 Maja Street and walked around Kościuszki Square, stopping by the sites of the former synagogue, ritual butchershop and mikveh. High school students recounted and explained what was what, the purposes and functions each place served. What stood where and what happened to these places.

Amplified by microphones students explained what the town used to look like before the war; what its political life was like and why this was. Over 20 participants listened in silence why memory and local history are important. Local media covered the event on their websites, in publication and on their FB fanpages.
Students shot a film about sites relevant for their town’s Jewish community. They wanted to commemorate the past that should be commemorated. Because who would do it if not them?

I found many new and interesting places that I was previously unaware of in my own town; places connected to Jewish, but also Polish culture. I learned a lot of interesting things through these workshops.

The workshops I had the chance to participate in made me think about history of the Jews, especially in Poland. Thanks to these workshops, I learned more about this culture and I will be able to tell others about it. I think this project is a good beginning for a new chapter, that would be commemoration and making other residents reflect on the town they live in and its history.

Thanks to School of Dialogue project I learned what teamwork is, which will probably prove helpful in the future. I learned about at least a drop of my town’s history.